15 Best Colleges in the South

Going to school these days is quite a big deal. It is always ideal to find the best college to attend school at, as it will have a great impact on your future.

Check Out The: 10 Best Colleges In Greensboro 2022

Why Attend the Best Colleges in the South?

Before the 1860s most of the South had only a rudimentary public school system. After the Civil War, southern states ultimately created a dual educational system based on race.

These separate schools were anything but equal. However, this has changed. The top reasons you should go to the best colleges in the south are-

Cost of Attending College in the South

You Should Also Check Out: 10 Best Colleges In Austin 2022

15 Best Colleges in the South

Duke University is a private research university in Durham, North Carolina. Founded by Methodists and Quakers in the present-day town of Trinity in 1838, the school moved to Durham in 1892.

In 1924, tobacco and electric power industrialist James Buchanan Duke established The Duke Endowment and the institution changed its name to honor his deceased father, Washington Duke.

Duke is ranked among the top universities in the United States. Undergraduate admissions are among the most selective in the country, with an overall acceptance rate of 5.7% for the class of 2025.

Duke spends more than $1 billion per year on research, making it one of the ten largest research universities in the United States. More than a dozen faculty regularly appear on annual lists of the world’s most-cited researchers.

RELATED:  How To Get Student Accommodation In Bristol Very Cheap | Full Guide

William Marsh Rice University (Rice University) is a private research university in Houston, Texas. It is situated on a 300-acre campus near the Houston Museum District and is adjacent to the Texas Medical Center.

It utilizes a semester-based academic calendar. Rice University’s ranking in the 2022 edition of Best Colleges is National Universities, #17. Its tuition and fees are $52,895.

Rice University, located in the heart of Houston’s Museum District, offers a dynamic student life in the nation’s fourth-largest city.

Before stepping foot on campus, all students are assigned to one of 11 residential colleges, of which they remain, members, even if they decide to move off-campus. It is one of the best colleges in the South.

Vanderbilt University is a private institution that was founded in 1873. It has a total undergraduate enrollment of 7,057 (fall 2020), its setting is urban, and the campus size is 333 acres.

It utilizes a semester-based academic calendar. Vanderbilt University’s ranking in the 2022 edition of Best Colleges is National Universities, #14. Its tuition and fees are $56,966.

Vanderbilt University offers a wide range of student activities. Located in Nashville, or Music City, there are plenty of off-campus options for dining, shopping, music, and entertainment.

All undergraduate students at Vanderbilt are required to live on campus, and freshmen live together in The Commons, which has many LEED Gold and Silver certified buildings.

As of 2019, the average LSAT score was 169 at the School of Law, while at the Darden School of Business the average GMAT score was 718. UVA is a highly rated public university located in Charlottesville, Virginia.

It is a large institution with an enrollment of 16,267 undergraduate students. Admissions are competitive as the UVA acceptance rate is 24%.

Popular majors include Liberal Arts and Humanities, Economics, and Management Sciences and Information Systems. Graduating 95% of students, UVA alumni go on to earn a starting salary of $50,300. It is one of the best colleges in the South.

Davidson College is a private institution that was founded in 1837. It has a total undergraduate enrollment of 1,983 (fall 2020), its setting is suburban, and the campus size is 665 acres.

It utilizes a semester-based academic calendar. Davidson College’s ranking in the 2022 edition of Best Colleges is National Liberal Arts Colleges, #13. Its tuition and fees are $55,000.

Davidson College is located in Davidson, North Carolina, 19 miles north of Charlotte. With more than 200 student organizations on campus, there are a variety of ways for students to get involved.

In addition to clubs and organizations, students can also join one of the school’s eight national fraternities, four eating houses, or two sororities on campus. Freshmen are required to live on campus in the four first-year student residence halls. It is one of the best colleges in the South.

Within its seventeen campuses, UNC houses two medical schools and one teaching hospital, ten nursing programs, two schools of dentistry, one veterinary school and hospital, and a school of pharmacy, as well as two law schools, 15 schools of education, three schools of engineering, and a school for performing artists.

Basically, the University of North Carolina at Chapel Hill is the oldest university to first admit students in 1795. The smallest and newest member is the North Carolina School of Science and Mathematics, a residential two-year high school, founded in 1980 and a full member of the University since 2007.

Above all, it’s the largest university in North Carolina State University, with 34,340 students as of fall 2012.

Founded in 1908 as the State Normal and Industrial School for Women at Harrisonburg, the institution was renamed Madison College in 1938 in honor of President James Madison and then James Madison University in 1977.

It is situated in the Shenandoah Valley, just west of Massanutten Mountain. The Madison Experience includes a beautiful campus and surrounding area, vibrant outside-the-classroom experiences, and lifelong friendships. It is one of the best colleges in the South.

Washington and Lee University is a private institution that was founded in 1749. It has a total undergraduate enrollment of 1,822 (fall 2020), its setting is a city, and the campus size is 430 acres.

It utilizes a 4-4-1-based academic calendar. Washington and Lee University’s ranking in the 2022 edition of Best Colleges is National Liberal Arts Colleges, #11. Its tuition and fees are $59,380.

The school fields 24 NCAA Division III sports and is most competitive in the Old Dominion Athletic Conference. Its men’s and women’s tennis teams have both won national championships.

Approximately 80 percent of students are involved in Greek life, which comprises nearly 25 fraternity and sorority chapters. Freshmen are required to live on campus in one of four residence halls. It is one of the best colleges in the South.

RELATED:  Guide For International Students In The USA

Stetson University is a private university with four colleges and schools located across the I-4 corridor in Central Florida with the primary undergraduate campus in DeLand.

The university was founded in 1883 and was later established in 1887. In total there are over 4,000 students currently enrolled at Stetson.

Stetson has approximately 20 honorary academic and professional organizations and over 100 other student organizations on campus.

Located in Newport News, Virginia, Christopher Newport University is a public school named after an English ship captain whose voyages took settlers to Jamestown and the Virginia colony.

The university offers more than 80 areas of study. Outside the classroom, CNU students can get involved by joining more than 100 clubs, pledging with numerous fraternities and sororities, or attending one of the many campus events, such as festivals and comedy shows.

CNU students can venture off campus and explore the nearby James River and The Mariners’ Museum, or drive a few minutes to explore beaches or a few hours to enjoy the city life of the District of Columbia.

What is the best school in the South?

Rice University, Vanderbilt University, and the University of North Carolina at Chapel Hill are the best universities in the South.

What is the oldest school in the South?

Which school is the Harvard of the South?

Is life in the South better?

Living in the South is better, according to people who believe this to be true. While the northern part of the United States typically has more action and commotion, the South has its perks too. Most of the lower part of the country is a little slower, warmer, and quieter.

Why do people want to live in the South?

Living in the South may or may not be the ideal place for you. Some love it … others hate it. The schooling systems are also invariably good. These 15 best colleges in the South have really good infrastructure to prepare you for the future. 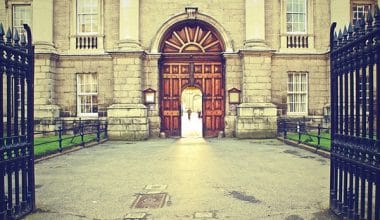 Read More
When looking for schools abroad, international students frequently get the terms college and university confused with one another.…
DDoctoral Scholarships

Read More
Top 30 fully funded PhD Scholarships to Apply For with 2017-2018 Deadline In an effort to promote diversity,…
BBest Tips For Students in 2022 | Schools and Careers 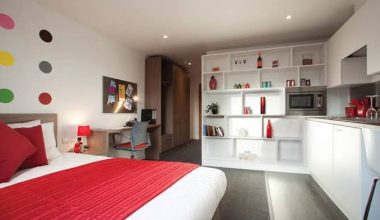 Read More
Finding the ideal student housing can be difficult, especially if this is your first time looking for a…
SSTUDY ABROAD 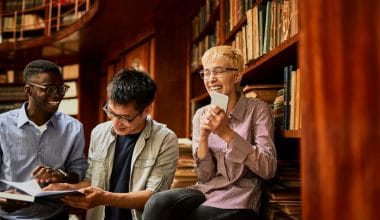 Read More
There are so many beautiful places you can settle if you want to study abroad. Germany is one…
BBest Tips For Students in 2022 | Schools and Careers 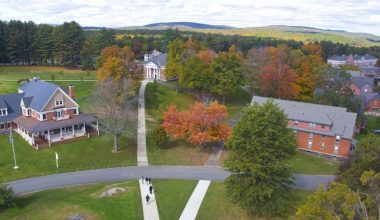 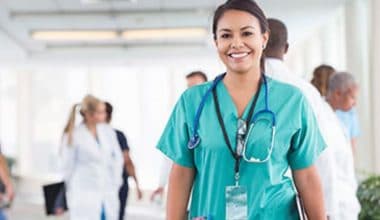 Read More
The nursing major is one of the most sought-after degrees in the world. This is due to the…
DISCLOSURE: This post may contain affiliate links, meaning when you click the links and make a purchase, we receive a commission.