Are you an aspiring movie actor, filmmaker, or director looking to further your career? Our list of best film schools in Texas is right for you.

More than 1,000 projects have been filmed in Texas over the years, including some of the most controversial films in history. This is because Texas is an attractive option for filmmakers, thanks to picture-perfect landscapes, beautiful backdrops, dozens of resourceful organizations, and one of the lowest tax burdens in the U.S.

Also, Texas is home to 252 Title IV degree-granting colleges and universities. Many of these schools offer programs for artists and designers.

In this read, we will answer some questions on the best film schools in Texas and provide reviews that will help you choose which film school is best for you.

This article is a compilation of the top film colleges for film production in Texas. However, it is important that we throw more light on issues bothering Film schools.

What are Film Schools?

According to wiki, film schools are any educational institution dedicated to teaching aspects of film making, including subjects such as; film production, film theory, digital media production, and screenwriting.

Technical training may include instruction in the use and operation of cameras, lighting equipment, film or video editing equipment and software, and other relevant equipment.

What can you do with a Texas Film School Degree?

There are various jobs directly related to a film school degree and these include:

Also, you can work in various areas within the media industry such as:

According to the Bureau of Labor Statistics, the median annual wage for producers and directors was $71,680 in May 2018.

Employment of producers and directors is projected to grow 5 percent from 2018 to 2028, about as fast as the average for all occupations.

Workers face intense competition for jobs because there are more people who want to work in this field than there are jobs available. In the film, directors who have experience on film sets should have the best job prospects.

How Long does it take to get a film school degree?

It generally takes about 4 years to get this degree. Film degree programs can also be called Bachelor of Fine Arts (BFA), and these programs teach students about filmmaking throughout the four years of education. Students learn filmmaking history and techniques.

Is Getting a Best Film School Degree Worth it?

Generally, getting a film degree is an added advantage for any professional in a bid to further a career in film production.

Also, work hours for producers and directors can be long and irregular. Some work may last more than 40 hours per week.

Texas is not just an ordinary state. The Lone Star State is as much a part of the film scene as any other top ten states in the US and the film industry here is growing massively.

RELATED:  Easiest Film Schools to Get Into in 2021 | Best Guide

Although filming in Texas is traceable to 1910, the Texas Film Commission has been active in Hollywood since 1971. So, since then, the state has been able to produce over 80 films a year.

Also, the city of Texas is home to a lot of top film colleges that offer various degree programs for upcoming filmmakers, and directors among others.

And, graduates from these film schools are open to opportunities for career growth as they enter the Texas film industry.

So, we will be looking at some of Texas’ top film colleges.

In Texas, there are several colleges that offer film-related bachelor’s and masters’ degree programs. They also include programs in film & media arts or radio, television & film.

#1 The University Of Texas at Austin

The University of Texas at Austin is one of the best filmmaking schools worth going to. The university is the alma mater of famous award-winning film directors and actors like Jim Parsons, also known as “Sheldon” from The Big Bang Theory series.

The acceptance rate at UT Austin is 73%. Popular majors include Liberal Arts and Humanities, Psychology, and Business.

The graduating rate for students is 54%. So, this has made UT Austin one of the best film schools in Texas.

Southern Methodist (SMU)is a highly rated private that is rated as one of the best film schools. The Christian university is located in University Park, Texas. It is a mid-size institution with an enrollment of 6,240 undergraduate students.

SMU offers her Fine Arts bachelor’s degree program through the Meadows School of The Arts. Hence, at SMU, a  B.F.A. in Film and Media Arts is an arts degree that emphasizes developing the unique creative voice of each student.

These factors make SMU one of the best film colleges in Texas.

Houston Baptist University (HBU), founded in 1960, is among the best film schools in Texas.

This program offers students the unique experience of film school in Houston, along with internships and the ability to study for a semester in Hollywood.

The acceptance rate at HBU is 36% and the student graduation rate is 44.6%. The student-faculty ratio at Houston Baptist University is 12:1, making this film school one of the best in Texas.

#4 The Art Institute of Austin

The Art Institute of Austin (AI – Austin) is a for-profit college located in Round Rock, which is rated as one of the best film schools. It is a small institution with an enrollment of 479 undergraduate students.

At AI Austin, students have the opportunity to learn hands-on with digital video cameras, editing, and graphics software as you tell stories in media ranging from broadcast news to motion pictures. So, students excel in areas of Digital Film, Photography, and Audio Production.

The best part is that the acceptance rate at AI- Austin is 45% while the graduating rate from this film school is 20%. Also, AI – Austin alumni go on to earn a starting salary of $27,300.

#5 The Art Institute of Dallas

The Art Institute of Dallas, a branch of Miami International University of Art & Design offers 2 Filmmaking Degree programs. It’s a small private university in the large city of Texas.

In 2015, 30 students graduated in the study area of Filmmaking with students earning 20 Bachelor’s degrees, and 10 Associate’s degrees.

Also, in the area of Digital Film, Photography, and Audio Production, students have the opportunity to learn hands-on with digital video cameras, editing, and graphics software as you tell stories in media ranging from broadcast news to motion pictures.

Southwestern Assemblies of God University (SAGU) is a Christian college & Bible university in Texas for ministry, theological studies & liberal arts rated as one of the film colleges in Texas.

Of course, SAGU has an acceptance rate of 28% and a graduation rate of 41%.

SAGU is also one of the best filmmaking schools in Texas offering 1 Cinematography and Film/Video Production Degree program through the Communication Arts Faculty.

#7 The Art Institute of San Antonio

The Art Institute of San Antonio, AI – San Antonio, is a Private (for-profit), 4 or more years school located in San Antonio, TX. They offer only a bachelor’s degree program.

Furthermore, AI – San Antonio has a student-to-faculty ratio of 15:1. Also, their acceptance rate of 57%.

Basically, in the area of Digital Film, Photography, and Audio Production, students have the opportunity to learn hands-on with digital video cameras, editing, and graphics software as you tell stories in media ranging from broadcast news to motion pictures.

Back in 2015, 16 students graduated in the study area of Cinematography And Film/video Production with students earning 16 Associate’s degrees.

At KD Conservatory, the goal is primarily to promote the continued growth and development of beginning and advanced artists.

To stand as one of the best film schools in Texas, KD Conservatory hires highly qualified professionals to serve as faculty to keep students in constant contact with working artists who understand the dynamics of the entertainment industry.

The University of Mary Hardin–Baylor (UMHB) is a private Christian university in Belton, Texas. UMHB was chartered by the Republic of Texas in 1845.

So, UMHB offers a bachelor’s degree program in Film Studies. This major teaches you how to develop a creative idea and see it through to the end — a valuable ability in any profession. The acceptance rate for UMHB is 78.8% with a graduating rate of 47.8%.

You may want to check out University of Mary Hardin-Baylor Review| Acceptance Rate, & Tuition Fee

#10 Our Lady of the Lake University

Our Lady of the Lake (OLLU) is a private, Catholic university located in San Antonio, Texas. She offers a Bachelor’s of Fine Arts degree program in Mass Communication: Digital Film and Multimedia Production Concentration.

Related Article: Get more information on Our Lady of the Lake University

UH offers a bachelor’s degree program in Film Studies as well as Media Production which is one of our best criteria for a Film school in Texas.

Graduation within four academic years of initial fall enrollment the University of Houston is ensured conditioned upon the satisfaction of student eligibility requirements as outlined in the program.

So, their graduation and acceptance rates are 48.1% and 58.5% respectively

St. Edward’s University is also among the best film schools in Texas. The school is a Holy Cross, a private university with undergraduate and graduate programs in Austin, Texas. It is also ranked a top liberal arts college by U.S. News and World Report.

St. Edwards, therefore, offers students the opportunity to learn traditional film-based photography in a wet darkroom through her faculty of Photography and Media Arts.

Her acceptance and graduation rates are 73.9% and 66.7%. So, this makes it one of the best filmmaking schools in Texas.

Tyler Junior College(TJC) is a public community college in Tyler, Texas. It is one of the largest community colleges in Texas, with an enrollment of more than 12,500 credit students each year. Also, TJC can now offer a 4-year degree program.

Therefore, TJC has been ranked among one of the best Texas film schools with an acceptance and graduation rate at 100% and 18% respectively.

Furthermore, SHSU offers a Fine Arts bachelor’s degree program in Film and TV production which provides students with an excellent liberal arts education from a renowned department with a high degree of student-faculty interaction, a wide variety of hands-on courses, and state-of-the-art facilities located in the Dan Rather Communications Building.

Of course, admissions into Sam Houston are usually competitive with an acceptance rate of 74%. Graduating 51% of students, Sam Houston alumni also go on to earn a starting salary of $37,400.

#15 The Art Institute of Houston

The Art Institute of Houston, AI – Houston, is a for-profit college located in Houston, Texas. It is a small institution with an enrollment of 762 undergraduate students.

Can I get into Film School with no experience?

Of course, it’s absolutely possible to go to film school with no experience and do well out of it.

How much does a film producer make?

The work of producers and directors can be quite irregular. Some projects might run into the weekend or go as long as 40 hours in a week.

How long does it take to get a film degree?

On average, it takes about 4 years to acquire a film degree

If you want to find the best film school in Texas, a great factor to look out for is their acceptance rate, graduate rate as well as their student to faculty rate.

Of course, all these Film schools are fully accredited by the Southern Association of Colleges and Schools Commission on Colleges. See other high-paying Jobs In Texas.

21 Best Boarding School for Girls in the World

Was this article helpful? Kindly share with your friends and leave us feedback in the comment section. 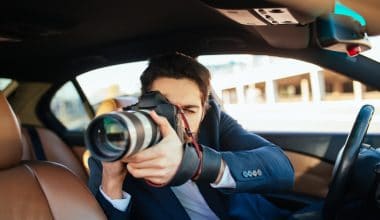 Read More
Opportunities are currently accepted for the World Forum for Democracy 2017 in France. The sixth edition of the…
IInternational Competitions

Read More
If you think you’ve got what it takes to set out a high-level strategy for a billion-dollar brand,…
UUncategorized

Read More
Young African Leaders are invited to apply for the Fully Funded YALI Mandela Washington Fellowship for Young African Leaders…
DISCLOSURE: This post may contain affiliate links, meaning when you click the links and make a purchase, we receive a commission.