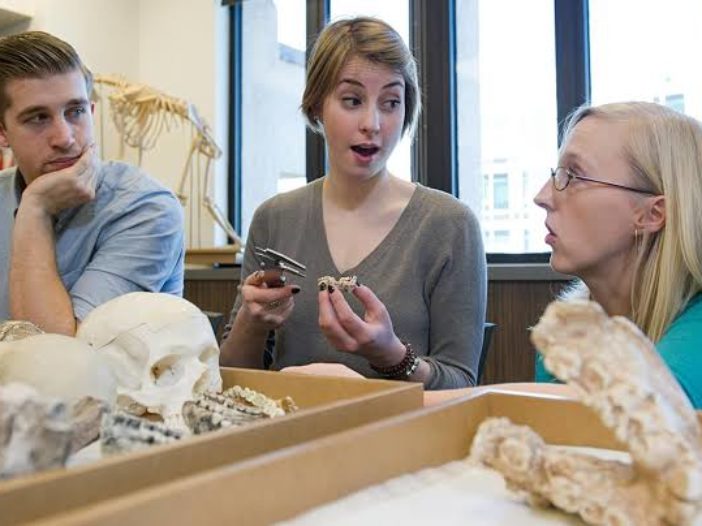 A bachelor’s degree in anthropology is among the most interesting and diverse degrees one can pursue. Most times, the problem is usually where and how to enroll for a degree program.

Finding a school to study anthropology can be so much of a task following a number of factors you must put into consideration. Hence, this article provides details on the best schools for anthropology in the world. Here, you will get to understand the tuition fees, program types and acceptance rate of these schools.

When you are done reading this amazing piece, you will surely find the best school for anthropology that suits both your financial and geographical needs.

Basically, there were several other American anthropological societies in existence at the turn of the 20th century, the American Anthropological Association (AAA) is the largest organization of individuals interested in Anthropology in the world.

Anthropology is the study of humans, early hominids and primates, such as chimpanzees. Anthropologists study human language, culture, societies, biological and material remains, biology and behavior of primates, and even our own buying habits.

Who Is An Anthropologist?

An anthropologist is a person engaged in the practice of anthropology. Anthropologists study the ways in which human beings live, with a particular focus on culture, language, and larger patterns in human life, such as how human beings practice agriculture in different climates.

Anthropologists usually need a master’s degree for entry-level positions, and a doctorate is normally needed to direct independent anthropological research.

What Is the Average Salary of An Anthropologist?

According to the U.S. Bureau of Labor Statistics, anthropologists earn a median salary of about $62,280. This means that half of the workers in this field make more and half make less. The bottom 10 percent makes less than $36,390, while the top 10 percent make more than $99,580 a year.

The beginning anthropologist’s salary starts around $50,000, going up with an increased number of years of experience.

How Many Years Does It Take To Study Anthropology?

Well, depending on the program type, it may take about four to eight years to study anthropology.

How Can I Become An Anthropologist?

To become an anthropologist you must have to complete a degree in science, arts, social science or international studies in a university with a major in anthropology (preferably at honors level). After that, you proceed to acquire a postgraduate qualification in anthropology.

To proceed for the degree courses you are required to complete high school and graduate with good grades. Entry to postgraduate courses normally requires completion of an appropriate bachelor’s degree with honors.

Universities have different prerequisites and some have flexible entry requirements or offer external study. Contact the institutions you are interested in for more information.

What Is The Job Outlook

Employment of anthropologists and archeologists is projected to grow 10 percent from 2018 to 2028, faster than the average for all occupations.

Prospective anthropologists and archeologists will likely face strong competition for jobs because of the small number of positions relative to applicants.

The BLS foresees fewer research opportunities due to federal budget restrictions, although anthropologists will still give a critical component to market analysis of diverse cultural groups. They’ll still be necessary to ensure federal compliance of building and construction sites.

World Scholarship Forum 2022 Best schools for Anthropology ranking is based on accurate analysis of academic, admissions, financial, and student life data from the U.S. Department of Education along with millions of reviews from students and alumni.

It is one of the best schools for Anthropology, founded in 1853, and named after George Washington, the university has students and faculty from all 50 U.S. states and more than 120 countries.

However, Washington University is made up of both graduate and undergraduate degree programs that incorporate a broad range of academic fields.

WUSTL’s 8:1 student-to-faculty ratio is one of the best in the nation. Washington University in St Louis is well-known for the support of military personnel and is the 569 best in the nation for veterans. Get a better idea of what campus life at WUSTL is really like by visiting the site.

#2. Columbia University in the City of New York

It is one of nine colonial colleges founded prior to the Declaration of Independence, seven of which belong to the Ivy League. The school has been ranked by numerous major education publications as among the top ten universities in the world.

Every additional year of college causes students to take on more debt, so Columbia’s impressive 85.3% graduation rate is definitely a plus. For graduates who would like to carry on following their bachelor’s degree, this school has graduate programs available.

Get an idea of what student life at Columbia is like by visiting the school site.

Yale University is a private Ivy League research university in New Haven, Connecticut. It was founded in 1701 and it is the third-oldest institution of higher education in the United States and one of the nine Colonial Colleges chartered before the American Revolution.

Yale University is among your top choices if you want to study Anthropology. Anthropology students at Yale University get 39.1% above the average college grad with the same degree. The setting in a large urban center is great for students seeking out considerable options for social networking, excitement, and exploration.

Students from outside the U.S. need not be bothered about being out of place mainly because 10.7% of Yale’s undergraduates hail from countries outside the U.S. About 73.0% of the educators at Yale University are full-time and get normal office hours, so they should be more accessible to help.

The University of Michigan (UM, U-M, U of M, or UMich), usually simply referred to as Michigan, is a public research university in Ann Arbor, Michigan. The university is Michigan’s oldest; it was founded in 1817 in Detroit, as the Catholepistemiad, or theUniversity of Michigania, 20 years before the territory became a state. It is one of the best schools for Anthropology.

SEE ALSO:   How Long Should You Study for the GRE

University of Michigan – Ann Arbor is among your best bets if you’re planning on studying Anthropology. Students who graduate from the anthropology program earn around $45,682 in their early career salary and $67,563 in their mid-career salary. The location in the main city is wonderful for young people trying to find adequate options for social networking, excitement, and discovery.

Got higher than 31 on the ACT? That is over the typical applicant score, so you have a good possibility of getting in. This college features a high freshman retention rate, with 97.0% of first-year students returning the next year.

Harvard University is devoted to outstanding excellence in teaching, learning, and research, and to developing leaders in many disciplines who make a difference globally.

UCLA advances knowledge addresses pressing societal needs and creates a university enriched by diverse perspectives where all individuals can flourish.

It is difficult to beat the University of California – Los Angeles as one of the best schools for Anthropology if you wish to pursue Anthropology as a major. University of California – Los Angeles offers graduate degrees in anthropology for those interested in an advanced degree. The setting in an important urban center is great for young people seeking out considerable opportunities for social networking, adventure, and exploration.

Ranked #3 in California for overall value, we would have expected this university’s excellent academic programs to command a greater price. 59.0% of students at the University of California – Los Angeles acquire educational funding, so don’t forget to submit the FAFSA!

Brown is a leading research university distinguished for its student-centered learning and deep sense of purpose. Our students, faculty, and staff are driven by the idea that their work will have an impact on the world.

Brown University is a private Ivy League research university in Providence, Rhode Island. Founded in 1764 as the College in the English Colony of Rhode Island and Providence Plantations, it is the seventh-oldest institution of higher education in the United States and one of the nine colonial colleges chartered before the American Revolution.

SEE ALSO:   How To Get A Business Management Degree In 2021

Any student seeking a degree in Anthropology has to check out Brown University. It is one of the wold’s best schools for Anthropology. Brown University offers graduate degrees in anthropology for those interested in an advanced degree. Situated in Providence, Rhode Island, this school is a logical choice for students who enjoy the thrills of a large city.

Roughly 49.0% of students submit ACT scores, with the average score being in the 32 range. Brown University requires freshmen to live on-campus. The site provides a great overview of Brown University.

It’s difficult to beat the University of California – Berkeley if you want to pursue Anthropology as a major. Graduates of the anthropology program report average early career wages of $42,037 and mid-career wages of $55,993. The location in a major urban center is great for young people seeking ample possibilities for networking, adventure, and exploration.

Around 78.0% of UC Berkeley applicants send their SAT scores, which average around 1,405. You might want to invest in an ACT prep course before taking the exam since the usual ACT score is 32.

Any student pursuing a degree in Anthropology should also check out the University of Chicago. Soon after graduation, anthropology students usually make around $37,699 in the first five years of their careers. Located in Chicago, Illinois, this university is optimum for young people who flourish in an urban setting.

You will be able to meet others from many different ethnicities thanks to UChicago’s diverse campus. So, visit the school’s website and enroll for an anthropology program.

FAQs on Best Schools For Anthropology

They can be found working in large corporations such as Intel and GM or studying primates in Africa. Anthropologists work in deserts, cities, schools, even in underwater archaeological sites.

Anthropology is the study of what makes us human. Anthropologists take a broad approach to understand the many different aspects of the human experience, which we call holism. They consider the past, through archaeology, to see how human groups lived hundreds or thousands of years ago and what was important to them.

According to the U.S. Bureau of Labor Statistics, anthropologists had a median salary of $62,280.

In conclusion, a bachelor’s degree in anthropology is among the most interesting and diverse degrees one can pursue.

If you wish to study Anthropology, World Scholarship Forum has provided a list of the 10 Best Colleges for Anthropology in the world in 2022.

Our ranking is based on an accurate analysis of academic, admissions, financial, and student life data from the U.S. Department of Education along with millions of reviews from students and alumni.