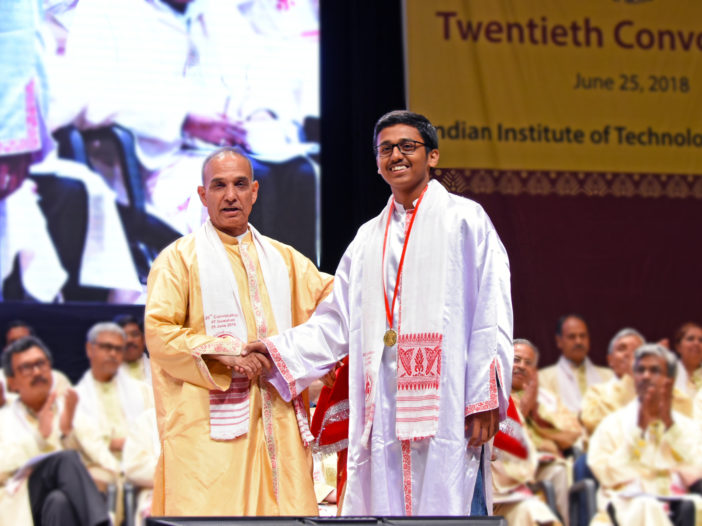 Pursuing a degree program in India can be one of the best things that could happen in your lifetime. As we know, India has been a major seat of learning for thousands of years. The country is home to Takshashila – the first university in the world.

According to Peter Drucker, “India has become a powerhouse very fast, the medical school in New Delhi is now perhaps the best in the world.”

In India, there are over 20,000 colleges, 42 central universities, 275 State universities, 130 Deemed Universities, and 93 Institutes of National importance in the Indian higher education system. Some of these universities have grown from academic centers to both research and innovation centers.

For this post, we’ll focus on the Best Universities in India that are highly recommended for you as an international student this 2022.

Clicking on the table below, you will see highlights of other subtopics discussed in this article.

Why Study in India?

The Indian economy is experiencing a robust growth rate, rising foreign exchange reserves, and booming capital markets among others.

It has emerged as a premier global manufacturing hub with the foray of several Multi-National corporations such as General Motors, Ford, Suzuki, Hyundai, Coca-Cola, etc.

In the educational sphere as well, India is known as a communication hub and has become popular with study abroad students from all over the world.

It is highly attractive because of its forward-thinking, its popularity with large multinational companies, and also because of English being the common language of communication.

Indian educational institutions such as the IITs, IISc, IIMs, NITs, AIIMS, ISI, BITS, and ISB are well known worldwide to give quality education.

Times Higher World University Rankings placed the Indian Institutes of Technology 50th in the world and 2nd in Engineering (next only to MIT).

The amazing part of studying in India as an international student is that the cost of education in India is quite low as compared to many other countries in the world.

How Many Universities are in India?

As of 2020, there are 884 universities in India according to UniRank.

Also, due to the limited number of universities in relation to many applicants, universities work with affiliated colleges. These provide education and issue degrees under the name of the affiliated university.

What are the Central universities in India?

An Act of Parliament found central universities, or Union universities and are under the purview of the Department of Higher Education in the Union Human Resource Development Ministry.

What are the Top Private Universities In India?

Private Universities in India can grant degrees but they cannot have off-campus affiliated colleges.

Universities in India have exceptional academic curriculums and patterns. Hence, they continue to progressively move forward.

However, we have compiled our list of the best universities in India for International students by checking their quality of education and accreditation.

Furthermore, we have rated them to a maximum of 50% according to the above factors which are accreditation and quality of education.

This is one of the largest universities in India. The University of Delhi opened with around 750 students and just two faculties, for arts and sciences, in 1922.

Since then, it pursues a tireless policy of recruiting the best talent from across the country and greatly enhanced the university’s academic prestige.

This university also retains its strong links with the leading figures in the state.

So, it remains the best university in India, even for international students.

Graduates make up a relatively high proportion of students, and the university prides itself on its research environment. It gave researchers great independence over the direction of their research.

For students, the university aims to make faculty approachable while undergraduates are given a broad, liberal education, and can study more than half their courses outside their core discipline.

Accreditation: The Department of Higher Education of the Ministry of Human Resources Development, India.

Founded in 1958, the Indian Institute of Technology Bombay is a non-profit public higher education institution located in Mumbai.

IIT Bombay is now one of the top technical universities in the world. It is a worldwide leader in the field of engineering education and research.

Furthermore, IITB consistently displays its outstanding caliber of students and has graduated more than 42,000 of India’s top engineers and scientists over the past five decades.

Hence, it has also built links with peer universities and institutes, both at the national and the international levels, to enhance research and enrich its educational programs. This is one of the best universities to study as an international student in India.

Accreditation: The Department of Higher Education of the Ministry of Human Resources Development, India.

Founded in 1961 under the Institutes of Technology Act of the same year, the Indian Institute of Technology Delhi (IITD) is a public research university.

The university also offers five dual programs that combine undergraduate and graduate degrees, as well as other graduate programs within the university’s various departments and centers.

IITD comprises 11 multi-disciplinary centers as well as three schools of excellence. It’s accredited by the Department of Higher Education of the Ministry of Human Resources Development, India.

IIT Madras has some 16 departments and several advanced research centers covering a range of engineering and scientific disciplines.

The university also boasts of the IIT Madras Research Park, which works both to encourage exciting new technology companies to foster innovation and idea development within existing, established companies. This is the main reason that IIT Madras has a sound record for spinning out start-up companies.

The Department of Higher Education of the Ministry of Human Resources Development, India accredited this top university.

Indian Institute of Technology (IIT) Kharagpur was the first-ever IIT to be established and is recognized as an institute of national importance. It ranked 4th in the Engineering category by NIRF Ranking 2019.

The college has a faculty of over 780 members including a majority of highly qualified and experienced Ph.D holders and currently has a strength of 8,979‬ students, as of 2019.

This institute is fully accredited by the Department of Higher Education of the Ministry of Human Resources Development, India

Founded in 1948, Savitribai Phule Pune University is a non-profit public university in the urban setting of the large city of Pune, Maharashtra.

The university covers a broad range of disciplines, including Indian languages, physical sciences, humanities, and education. It also boasts a broad range of research centers and schools, including the Centre for Philosophy and History of Science, a center for network computing, and a department of Buddhist studies.

The beautiful part of schooling in Savitribai is that it also attracts a sizable number of international students, with an international center on campus to look after their needs.

The university also has its own radio station that broadcasts interviews, results, and activities, as well as programs on issues that affect young people.

Lovely Professional University (LPU) is a Private University in the outskirts of Jalandhar, Punjab. It was founded in 2005.

LPU is the largest single-campus university in India, with over 30,000 students, over 4000 faculties and staff, offering over 200 programs.

University Grants Commission has accredited LPU and it is also a member of the Association of Indian Universities.

Vellore Institute of Technology (VIT) University, Vellore is one of the best private engineering universities in India. It was established in 1984, to provide quality higher education on a par with international standards.

Anna University is a state technical university in Tamil Nadu, India. It was founded in 1978.

Also, Anna University bases its admission on an entrance exam at the state or national level namely TNEA, TANCET, NATA.

Anna University is accredited by the University Grants Commission, India.

Amity has become a top university brand in India. It is like Apple (Inc.) of the education system in India.

The University attracts the most number of international students than any other private institution in the past few years. It is a global education provider with campuses in India, Singapore, Dubai, New York, and London.

With more than 80,000 students across different programs, Amity has a premium fee structure, world-class infrastructure, and most diversified course offerings.

This university was found in 1986 and is accredited by the University Grants Commission, India.

12. Birla Institute of Technology and Science

Founded in 1964, the Birla Institute of Technology and Science is a non-profit private higher education institution located in Pilani.

It is counted amongst the country’s most prestigious private universities, focusing strongly on engineering, the sciences, and management. It has over 4 campuses in Pilani, Dubai, Goa, and Hyderabad.

Founded in 1936, the Tata Institute of Social Sciences is a non-profit public university located in Mumbai.

Hence, they organize teaching programs to facilitate the development of competent and committed professionals for practice, research, and teaching; undertakes research; develops and disseminates knowledge.

Founded in 1994, the Indian Institute of Technology Guwahati is a non-profit public university located in Guwahati.

It is fully accredited by the Department of Higher Education of the Ministry of Human Resources Development, India.

As one of the best universities in India, IITG offers various specializations under B.Tech, M.Tech and Ph.D courses. Currently, IITG has a strength of 6117 students including 2743 students in UG courses and 3374 students in PG courses.

And, it ranks 7th in the Engineering category in NIRF 2019 Ranking and is recognized as an Institute of National Importance.

Founded in 1981, Narsee Monjee Institute of Management and Higher Studies is a private university located in the metropolis of Mumbai.

It offers various courses such as full-time and part-time MBA, B.Tech, M.Tech, an integrated technology, and management program MBA (Tech.), Diploma programs, and graduate and post-graduate courses in architecture, pharmacy, science, and commerce.

It is fully accredited by the University Grants Commission, India.

International students are not allowed to work during their study period in India.

There are only 230 private universities in India.

Universities in India have a lot of courses which are all good. However, Engineering, Management and Computer Application are some of the best courses to study in India.

There are over 884 universities in India.

India has the second-largest population in the world. Its university system was ranked 26th in the world in the QS Higher Education System Strength Rankings and is especially well-known for the quality of its education in engineering and technology.

So, India has some of the best universities that are recognized worldwide.

If you are an international student looking to study in India, we have prepared a list of the best universities in India for your study abroad plans.