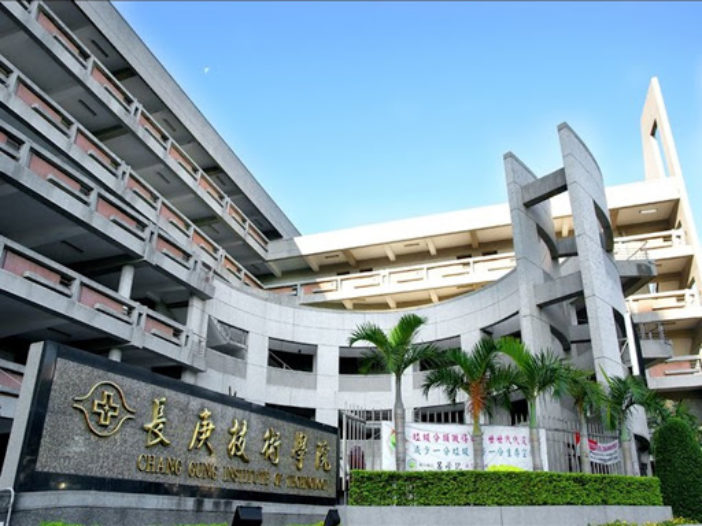 Taiwan is a beautiful island with a population of 23.5 million people. The country has some of the best electronic and semi-conductor industries. Also, it has a strong manufacturing base and a classic education system. The best universities in Taiwan for international students provide opportunities to study different programs. This is because of its outstanding education system.

Why study at the best universities in Taiwan for international students?

Taiwan is an appealing country to study for international students. This is a result of the country’s academic resources, rich cultural environment, and future job prospects. Taiwan has a favorable standard of living and affordable tuition rates compared to western countries.

Taiwan has so much more wealth than most countries in the Asia-Pacific. In 2016, the Wealth Report has that Taiwan’s average wealth level per adult is similar to that of Western Europe, at $172,847. In a population of about 23.52 million, 356,000 people are millionaires in Taiwan.

Any student that wishes to study and work in technology, should travel to Taiwan.  Actually, in 2016, the Times Higher Education ranked three Taiwanese universities on its global list of top 150 institutions with the most employable graduates in technology.

The Taiwanese government provides many scholarships to encourage international students from other countries to learn Chinese and pursue undergraduate and graduate studies in Taiwan. You can search for any available scholarship in Taiwan using StudyInTaiwan.org.

Tuition fees at any university in Taiwan are quite affordable when compared to other developed countries because of innovative government policies. Foreign students do not have to pay a separate tuition fee which is usually high, unlike many other international universities and colleges.

If you are not fluent in the Chinese language, Taiwan has several universities that offer programs in English. Tunghai University in Taiwan offers a special experience for English speakers. So, this university is an ideal place to study, learn, and study in English.

Most universities in Taiwan offer the official language of the country which is Mandarin. If you wish to learn it, you’ll start by learning the traditional Chinese characters. Afterwards, you’ll them to reading, writing, and speaking.

What requirements do I need to apply to any of the top universities in Taiwan?

Before you apply to any of the best universities in Taiwan for international students, you must meet the eligibility terms required by the Taiwan Ministry of Education. Once you meet the terms, you now can apply for an undergraduate or graduate degree program.

Here is a list of necessary documents for a university application in Taiwan:

Check this out and apply: 15 International Scholarships in Taiwan

How much will it cost me to study in a Taiwan University?

Taiwan’s higher education system has become quite popular and it receives great recognition. The tuition fees, however, are very reasonable.

For you to be able to pursue a Ph.D. degree in any university in Taiwan, then you must be fluent in the Chinese language. If you’re an international student and you’re not fluent in Chinese, it would be a challenge. This is because you will need at least 2 years in intensive learning to be good enough in Chinese to do research.

SEE ALSO:   How Long Does It Take To Become An LPN?

Therefore, if you’re good in the Chinese language and you wish to pursue a Ph.D. in Taiwan, below are some of the top universities in Taiwan for you:

Masters in Business Administration are degrees that are recognized internationally and it helps business professionals to advance their expertise and career.

The best international universities in Taiwan that offer MBA degrees that will meet your needs include:

Which universities in Taiwan teach in English?

The language of instruction used in universities in Taiwan is actually Chinese which is the country’s official language. If you’re an international student, you can follow undergraduate and graduate studies that are taught in English.

You can actually choose between programs that are 50% or 100% in English. Examples of courses that are taught in English include Computer science and information engineering, health science, business administration, law, global politics, and economics.

Below is a list of universities in Taiwan that teach in English:

We, the World Scholarship Forum have put together a list of the top universities in Taiwan that offer associate degrees, bachelor’s programs, masters, and doctoral degrees for you.

The selection of the best public universities in Taiwan was done based on the number of programs, our data from reliable government sources, student surveys, college graduate interviews, and editorial reviews.

Below is a list of the best universities in Taiwan for international students in 2022:

NTU has an overall student population of around 32,000 which comprises 17,000 undergraduates and 15,000 graduate students.

Meanwhile, a student can offer most of these courses in English, even though the Chinese language is the major language on campus.

National Tsing Hua University is a research university in Hsinchu City, Taiwan. In 1956, it was founded in Hsinchu City which is known as a high-tech city for science and industrial innovation.

This institution which is one of the best universities in Taiwan offers programs in science, technology, engineering, humanities, and social sciences. The university has 7colleges, 17 departments, and 22 independent graduate institutes.

This is a private university in Taichung, Taiwan that was founded in 1958. It enrols approximately 8,000 students each year.

The mission of this institution, however, is to develop traditional Chinese medicine and promote its synthesis with Western medicine. CMU has 8 colleges, that offer educational, research, and practical programs in Western Medicine, Chinese Medicine, Dentistry, Pharmacology, Health Care, Biopharmaceutical and Food Sciences, Public Health, and Humanities and Sciences.

National Chiao Tung University is a public research university in Hsinchu, Taiwan. It was founded in 1896 as Nanyang Public School by an imperial edict of the Guangxu Emperor. NCTU is one of the top universities in Taiwan.

Similarly, it was the first Chinese university to begin an electrical engineering program and the first to offer a combined engineering and management course at a higher education level.

#6. The National Taiwan University of Science and Technology (Taiwan Tech)

Taiwan Tech is a technological university in Taipei, Taiwan that was founded on August 1, 1974.

NTUST has 14 departments and 24 graduate programs. These programs appear in 6 colleges namely; College of Engineering, College of Electrical Engineering and Computer Science, School of Management, College of Design, College of Liberal Arts and Social Sciences, and College of Applied Sciences.

In 1979 and 1982, NTUST started offering master’s and doctoral programs to students that wish to advance their careers.

This is a research university in Shipai, Beitou District, Taipei, Taiwan that was founded in 1974. It was formerly known as the National Yang-Ming College of Medicine.

Notable alumni of NYMU include Shu-Ti Chiou (a physician who holds major executive positions in international organizations), Hsu Chia-ching (a former veteran member of the Taipei City council), and Shiu Ming-neng (a physician and a vice-minister of health and welfare).

This university was established in 1931 as Tainan Technical College. NCKU offers an open learning environment which comprises classical Western and modern eastern landscapes. It ranks consistently as one of the top universities in Taiwan.

On the other hand, NCKU has nine colleges in engineering, management, liberal arts, sciences, medicine, social science, electrical engineering and computer science, planning and design, and bioscience and biotechnology.

You will find 43 undergraduate programs, 36 independent graduate institutes, and nine-degree programs inside these colleges. The colleges are based inside the main campus, while the Kuei-Jen, An-Nan, and Dou-Liou campuses contain the Department of Aeronautics and Astronautics, the Tainan Hydraulics Laboratory and the NCKU Hospital Dou-Liou branch.

In conclusion, these features make the institution one of the best international universities in Taiwan for research.

This university was first established in 1946 as an educator training institute. NTNU is a normal school operating out of three campuses in Taipei, Taiwan. It is the leading research institute in Taiwan for Education and Linguistics.

This is a higher institution in Wufeng District, Taichung, Republic of China (Taiwan) that was established in 2001. Asian University which is amongst the top universities in Taiwan offers health and medical science, computer science and electrical engineering, creative design, management, humanities, and social sciences.

The university’s campus buildings are known for their green credentials and award-winning architecture. Asian University also owns the Asia Museum of Modern Art. This museum is a distinctive triangular structure that was designed by one of the university’s alumni (famous Japanese architect Tadao Ando).

Chang Gung Medical College is a private university in Guishan District, Taoyuan City, Taiwan that was founded in April 1987.

CGU which is one of the best universities in Taiwan for international students comprises three main colleges; the College of Medicine, the College of Management, and the College of Engineering. Each of these colleges houses a number of different departments.

Also, this school works closely with businesses and companies in Taiwan to enhance work-study programs. In the same vein, it has created a partnership with Arizona State University. This partnership has led to the establishment of the Chang Gung Bioinformatics Center which aims to prevent detect and treat diseases such as cancer.

The Kaohsiung Medical University is a private university based in Sanmin District, Kaohsiung, Taiwan that was founded in 1954. Surprisingly, KMU is the first private medical university in Taiwan.

This institution which is one of the top universities in Taiwan consists of seven colleges. Also, it is the only university that provides a post-baccalaureate medicine program in Taiwan.

National Central University was established in 1962. Initially, it was located in Miaoli but later, was moved to Zhongli in 1968  and developed into a renowned academic institution with comprehensive programs and outstanding faculty.

National Central University focuses its research on environment and energy, complex systems and plasma sciences, optics and optoelectronics, and applied informatics. The school also has three libraries and many research centres.

Finally, it has international partnerships with about 180 institutions across North America, Europe, Asia, Latin America, and Australasia.

National Chengchi University is a national research university, and the earliest public service training facility in the Republic of China. First established in Nanjing in 1927, the university was subsequently relocated to Taipei in 1954.

The main campus of National Chengchi University is in Taipei. It also has two other branch campuses and three affiliated schools. The main campus won the first prize in the Taipei Urban Landscape Award for its planning.

Can international students study at universities in Taiwan for free?

What do I need to stay in Taiwan?

For stays in Taiwan above six months, you’ll need a work visa and a work permit as part of the work visa application. Once you get this visa and you have arrived in Taiwan, make an application for an Alien Resident Certificate at the foreign affairs department of the local police office.

Will the Taiwanese government allow me to become a Taiwanese citizen?

Yes, they will. However, if you wish to become a naturalized Taiwanese citizen, you must renounce your former citizenship.

What is an ARC?

An ARC allows foreigners that are working and studying in Taiwan to stay for up to three years without re-application.

How can I get a job as an international student in Taiwan?

If you’re an international student that is wishing to work in Taiwan (either on campus or off campus), you are required to apply for and obtain a work permit before starting any work. Failure to do this, you may be fined between NT$30,000 to NT$150,000.

How many public universities are in Taiwan?

As of 2015, there were about 47 public universities in Taiwan.

The study period for university education in Taiwan is 4 years. If you wish to acquire a master’s degree in Taiwan, it’ll take you one to four years to complete. The duration for a Ph.D. degree in any of Taiwan’s universities is from two to seven years.