During ancient times, rocks were a habitation for many families. Even after so many years had gone, people continued to tour caves and use them as places of tourist attractions. In order to preserve this old settlement, some professionals started studying it while some others found priceless treasures within them. In this article, we will closely consider these two professions; geography vs geology as it relates to the study of medieval times.

Furthermore, we’ll be comparing the two careers to know which is better and lucrative.

According to Merriam-webster.com, Geography is a science that deals with the description, distribution, and interaction of the diverse physical, biological, and cultural features of the earth’s surface.

It seeks to answer the questions of why things are as they are, and where they are. On the other hand, Geology is a science that deals with the history of the earth and its life especially as recorded in rocks.

So do follow very closely as we dissect this subject. We will compare geography vs geology, looking at them from all borders of similarities, duties, job outlook, salary, and schools.

Meanwhile, see the table of contents below for an overview of all you’ll learn in this article.

In a layman’s language, Geography is just the study of the map. The truth is that Geography is far beyond just studying maps. Geography studies the earth’s landscapes, peoples, places, and environments.

Similarly, it has to do with the study of the interaction between people and their environments, both natural and human.  It deals with knowledge of the world in which we live, its environment, and its interactions with people around it.

Geographers examine the places and regions resulting from such interaction and analyze the spatial characteristics of all manner of cultural, economic, political, and physical processes and relationships.

Geography is a mix of social and physical sciences, combining the study of the planet’s physical properties with a focus on societies and how they interact.

Human geography is an area of geography that deals with the examination of settlement patterns, the connections between people and places, and the cultural and economic interdependence of the world system.

Most Human geographers relate their work to the physical environment and the interaction between human and physical systems. Topics covered here include ethnicity, urban dynamics, economic patterns, migration, and the spatial difference between work and residential locations.

Physical geography studies the natural world. It studies the earth, the atmosphere, the planet, and various other natural systems including tectonics, ice, flooding, and mountainous terrain, where human activity is intertwined with human interactions on Earth all the world.

See: 10 Best Petroleum Geology Schools in the World in 2022

Geology is the study of the universe, its composition, structure, history, and future.

As a Geology student, you will learn about many different topics, such as the beginning and development of soils, earthquakes, volcanoes, glaciers, composition, and systems of water, flooding, land, the relationship between humans and the planet.

If you become a geologist, you will deal with outdoor work as well as research and even travel the world all the time.

Moreso, with well develop critical skills in all sciences, you can function very well in other areas such as problem-solving, monitoring, data collection, analysis, interpretation, and text and text displays. You will probably work separately and as a team.

Are there similarities between Geography and Geology?

Well, there is just one similarity between Geography and Geology aside from its suffix that are the same.

The major similarity between geology and geography is that both deals with the study of the earth planet.

Are there difference between Geographer and Geologist?

Sure, there are differences between the two professions. Although both deal with the study of the earth, their unique features and roles set them apart from each other.

In this section, we will clearly differentiate between these two fields in different sections of their expertise like roles, job outlook, salary, and schools that offers the programs.

Let us look at some of the responsibilities of each of this professions.

Responsibilities of a Geographer

When exploring things like climate, natural resources, and geography, a geographer often finds him/herself in the wild.

One of the major the role Geographers play is the creating of maps to better view data which requires the use of tools like GIS software and GPS.

For this reason, computation and analytical skills are essential for the project. Because geographers will report and distribute their findings, like many other scientists, they need communication and writing.

Other Job responsibilities of a geographer include:

Responsibilities of a Geologist

The major role of geologists includes the identification and assessment of the location, quantity, and quality of mineral deposits.

Also, they analyze data and write up reports of their findings. They also work in laboratories where they conduct tests on things like rock and mineral samples.

Other job responsibilities of Geologists includes;

To be a professional in any of these areas you must have the required skills and qualifications. The skills are usually acquired through rigorous training.

To become a professional geologist, you must have a degree in a major subject such as geology, geophysics, geoscience, or earth sciences. Also, you must have experience in geology software (e.g. ArcGIS, Rockware) and other data and modeling tools (e.g. Adobe Illustrator, GoCAD)

Sometimes, organizations that hire geologists lookout for education qualifications in defined areas of geology or geoscience such as hydrogeology.

Moreso, some vital skills like Knowledge of a range of sciences and their applications, teamwork skills, organizational skills, proficiency in computer and English are required.

On the other hand, to become a professional geographer you must have a bachelor’s degree in geography or its related field. Also, you need to have ground knowledge in the following subjects English literature, history, and various modern and classical languages.

If you want to work outside of the federal government, you may need a master’s degree in geography or in Geographic Information Systems (GIS).

Most geography programs include courses in both physical and human geography, statistics or math, remote sensing, and GIS.

In addition, courses in specialized areas of expertise are becoming increasingly important because the geography field is broad and interdisciplinary.

Interestingly, with an undergraduate degree in this field, you can go for a career such as a surveyor, urban or regional planner, geoscientist, or cartographer.

For instance, Geology undergraduate level study is done on the field of engineering, or as part of the science degree. Earth’s sciences can include geography, biology, chemistry, archeology, psychology, environmental and physical sciences.

However, education will include modules at a small scale such as small sciences, the introduction of world sciences, world chemistry, mathematics and geography, materials for world sciences and sciences, computer science, data analysis, communications technology, and global climate change.

On the other hand, Geography study covers topics like that deals on rivers, sustainability, environmental modeling, the physical environment, the politics of climate change, the making of the modern city, political geography and geopolitics, economic geography, coastal and estuarine environments, environmental hazards and energy resources.

There are only a few job opportunities for geography graduates who want to specialize in only the geography aspect. But the good news like I mentioned earlier is that aside from the geography field, there are other fields you can fit in perfectly well with a bachelor’s or master’s degree in geography. This is because of the problem solving and thinking skills you must have acquired during your study.

With your degree, you can work in business, finance, marketing, public relations, and human resources sectors. There are also opportunities in education, engineering, and building field though there are just a few.

Then, as a geography graduate, you can work as a community planner, filmmaker, surveyor, environmentalist, traveler, emergency responder, geologist, and meteorologist.

However, some of the places you can work include non-governmental organizations, such as professionals in development, poverty, and climate change, government and public service agencies.

Some places you can work with your degree include environmental agencies and professionals; oil and gas, groundwater, engineering and construction industries; nuclear research committees and committees; waste management company; government agencies and museums.

According to collegegrad.com, In May 2019, the median annual wages for geographers in the top industries in which they worked were as follows:

The salary schedule of Geologists differs greatly from that of geography. It largely depends on factors like proficiency, level of experience, industry, geographic location, education, and some times the country.

RELATED:  Tips On How to Apply for Admission and Visa to Study in Canada

What Are The Best Schools For Geography degree programs?

The best schools to study Geography degree programs include;

Which Schools Are The Best For Geology Degree Programs?

Below is a list of some of the best schools where you can get a Geology degree.

Which Is the Best Between Geology and Geography?

Well, the answer to this question is based on personal perception and interest. Making your choice should be based on what you love doing and interested in.

To give you a clue, if you want to earn a fat salary or work in the oil and gas industries, I will advise you to go for geology.

On the other hand, if you want to work in academic research, you should go for geography.

But remember, make sure you make your choice based on what you love doing.

Geography is the study of Earth’s landscapes, peoples, places, and environments.

Geology is the study of the universe, its composition, structure, history, and future.

Which Schools Are The Best For Geology Degree Programs?

Below is a list of some of the best schools where you can get a Geology degree.

What Are The Best Schools For Geography degree programs?

The best schools to study Geography degree programs include;

Are there similarities between Geography and Geology?

Well, there is just one similarity between Geography and Geology aside from its suffix that are the same. Both deals with the study of the earth planet.

How Much Does It Cost To Apply To College

How Much Does Electrician Trade School Cost

How To Become A Private Investigator in Michigan In 2022 | Schools, Requirements 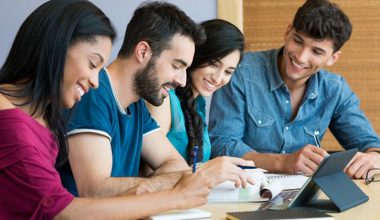 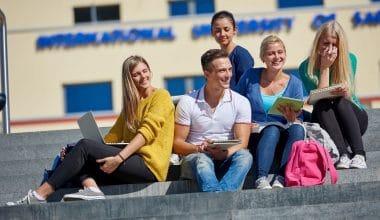 Read More
With a good number of ‘International Students friendly’ Universities and Colleges, Finland is a place to study in.…
BBest Tips For Students in 2022 | Schools and Careers 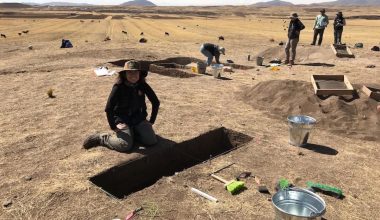 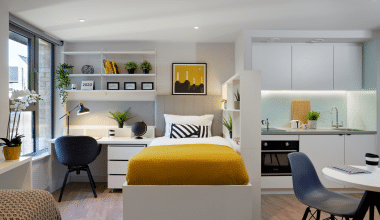 Read More
Being a student has become an expensive business now. While you may already be paying a hefty amount…
IINTERNATIONAL SCHOLARSHIPS 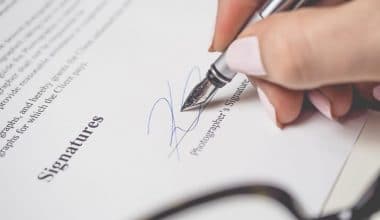 Read More
On a daily basis, students surf over the internet to perhaps search for schools abroad offering scholarships. One…
UUniversity Reviews 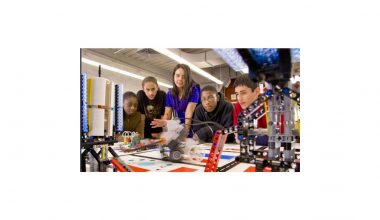 Read More
Engineering technology has been critical in the production of technological products that make life easy. Here we will…
DISCLOSURE: This post may contain affiliate links, meaning when you click the links and make a purchase, we receive a commission.