Do you know that scientists can also win scholarships? Yes, scholarships are available for scientists from India. The Indian National Science Academy is inviting nominations for INSA Medal for Young Scientists in India.

Only citizens of India who have not attained the age of 30 years on December 31, of the year preceding the year of the award shall be eligible for the award.

The number of awards to be made in any year will be limited to 30. Each awardee will be presented a Medal, a certificate, and a cash prize of Rs.50,000/-.

As part of their career development, those young scientists who have been unable to obtain suitable placement may be considered for an interim Fellowship (amount depending on the qualification and research experience) and contingency of Rs 50,000/- per year.

Applications are been submitted for INSA Medal for Young Scientists in India, and submission continues till October 31. Do well to read carefully and apply in due time.

The Young Scientist Awards are available to young scientists in recognition of their outstanding contributions in any branch of science or technology coming within the purview of the Academy.

The INSA Young Scientist Award is awarded by the Indian National Science Academy.

INSA Medal for Young Scientists was instituted in 1974 by the Indian National Science Academy and awarded annually are intended to honor talented young Indian scientists in recognition of their outstanding contributions in any branch of science or technology coming within the purview of the Academy.

This INSA Young Scientists Award is targeted at Indian citizens.

The number of awards given out each year will be limited to 30.

Each awardee will be presented with a Medal, a certificate, and a cash prize of Rs. 50,000/-. In addition, the recipient may be considered for research support with seed money.

The award shall consist of a bronze medal of the following specifications:

The awardee within five years of receiving the award will be considered for a visit abroad with full support for presenting research work at conferences, and/or participating in collaborative/training research projects wherever possible.

To avail of this Fellowship, the awardee should be attached to some research/academic institution. The tenure of the Fellowship will be for a maximum period of three years.

The award of an Academy medal to a Young Scientist shall be made in recognition of notable contributions to any branch of science or technology, recognized by the Academy, on the basis of work carried out in India.

To be eligible for the INSA Medal for Young Scientists, a candidate must fulfill the following criteria:

The research carried out in India by the nominees will be taken into consideration for the award.

A candidate may be proposed by a Fellow of the Indian National Science Academy or by earlier recipients of this award. Scientific societies of national standing, university faculties, post-graduate departments or research institutions may also make nominations of eligible candidates.

A notification inviting nominations for the award shall be issued after the Council Meeting of the Academy held in July each year.

The presentation of Medals to selected awardees will be made by the President, INSA during the Anniversary General Meeting of the Academy in December 2022.

To receive the award, the awardees (along with a spouse or one accompanying person) will be paid travel expenses to cover the actual II AC rail fare and local conveyance as applicable.

Reimbursement will be made on the production of supporting documents.

A nomination shall be made in the prescribed format (Annexure-I) and a soft copy in MS-Word/pdf only along with all supporting documents, must reach the Academy before the deadline.

Applications are been submitted for this Young Scientists Award India, and submission continues till October 31.

For detailed information on how to apply for this INSA Young Scientist Award, applicants should click on the link below:

University of Ottawa Acceptance Rate in 2022 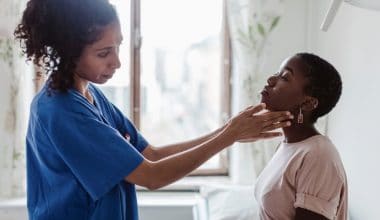 Read More
This is a Joint call for proposals from NWO, the Ministery of Justice & Security and the Department of Homeland Security,…
UUncategorized

Read More
South Africa’s National Research Foundation (NRF) – in partnership with the Jamaican National Commission on Science and Technology…
DISCLOSURE: This post may contain affiliate links, meaning when you click the links and make a purchase, we receive a commission.