A career in the U.S. Customs and Border Protection (CBP) officer may be appropriate for you if you really want to work in a complex and multicultural field.

The Customs and Border Protection (CBP) is a division of the Department of Homeland Security.

It is one of the world’s largest law enforcement organizations, and its principal mission is to safeguard the United States against international threats.

In certain circumstances, this entails recognizing and arresting suspected human trafficking victims as they enter the border.

In other circumstances, it entails checking passenger and commercial vehicles to guarantee that drugs and other forms of contraband do not enter the United States.

They stationed CBP agents at each of the 328 ports of entry in the United States, serving as the very first layer of protection for border protection and terrorist initiatives.

They also tasked officers with monitoring the Mexican and Canadian land borders, as well as participating in water patrol efforts along coastal rivers in some circumstances.

Customs and Border Protection officers are also in charge of enforcing immigration, agriculture, and commerce rules.

How to Become a CBP Officer

Applicants asking how to become a CBP officer ought to know that competition is tough; in past years, the Department of Homeland Security has strengthened its qualifying requirements in order to guarantee that they hire only the skilled and talented candidates.

According to the CBP, there are three methods to qualify for an entry-level post. A bachelor’s degree from an approved institution, three years of relevant actual work experience, or a balance of post-high school education and training are required for candidates.

Experience in roles that exhibit the prospective officer’s interpersonal skills and capacity to study and analyze facts are desirable.

If working as a CBP seems overwhelming, you can become a police officer through this Police Officer Job Description Template for 2022

Job Description for a CBP Officer

As a Customs and Border Protection (CBP) Officer, you may be required to engage with many people. You may search people’s things as they enter the nation, look for indicators of illicit activity or holdings, and seize goods that are not permitted.

You may also need to check that people entering the country have the legal right to do so. Learning about people traffickers, narcotics dealers, and other hazardous criminals could be a part of your job. This permits you to apprehend criminals before they enter the US.

Physical health is essential for CBP officers who have a physically demanding job. You’ll have to show your fitness level in a variety of ways during training, so start preparing as soon as you decide you want to pursue this job. There are other experience and academic criteria to consider as well.

Those who seek CBP Officer Jobs in the United States must meet a tough set of standards. The criteria differ based on the grade level you wish to enter. The greater your grade level, the higher your starting salary.

Your working environment will be determined by whether you serve at a frontier, harbour, or other point of entry. If you work at a border, you may be required to stop and check vehicles or keep an eye out for persons attempting to enter the country through other routes.

Those who operate at seaports frequently inspect goods and guarantee that visitors are legally allowed to enter the United States. Some CBP officers have received dog-handling training.

You may specialize in the detection of illegal narcotics and drug smuggling if you work with a police canine.

CBP officers collaborate closely with the Drug Enforcement Agency, the FBI, and other law enforcement agencies. As a result, they may occasionally dispatch you two other areas to investigate the incident or project.

No matter where you are assigned, you may be confident that you are one person who contributes to the safety of the United States.

In line with this, you can carefully read through these 30 Jobs You Can Get With A Criminal Justice Degree

It is crucial to note, however, that this is a highly competitive job path. As a result, a bachelor’s degree in criminal justice or a comparable discipline may be helpful.

If you want to be considered for a GS-5 position with experience, you must have three years of general work experience interacting with people.

A degree is required and, at a minimum, one year of graduate-level education is required to work as a CBP Officer at the GS-7 level. A master’s degree can boost your chances of landing this job.

After passing two fitness exams and being hired by Customs and Border Protection, you must finish the agency’s mandatory training program. The Federal Law Enforcement Training Center in Glynco, Georgia, are where the training takes place.

Your training includes a significant amount of physical labor, such as exercise training, interaction scenarios, and passenger processing mentoring.

In the classroom portion of your training, you will learn about Title 19 Customs Law, Title 8 Immigration legislation, and other laws relevant to your alternative employment. This training will take 89 days.

An undergraduate degree or one year of professional experience in security are the minimum requirements for a U.S. Airport Customs Officer.

Additionally, you should have a valid driver’s license, proof of U.S. citizenship, and pass a drug test and a clean criminal record. Finally, you must pass an admission exam issued by US Customs and Border Protection.

A master’s degree and many years of experience are required if you want to be recruited at a higher pay grade. A background in law enforcement or criminal justice is advantageous in the employment process.

Meanwhile, you can choose to work at Walgreens if working with FBI is not your goal. Go through this; Walgreens Hiring Process | Job Application, Interviews, and Employment

How Much are BCP Officers Paid?

The average annual salary for CBP officers is determined by their position on the career ladder (also known as their grade level) and where they are situated, as officers in designated duty locations are entitled for higher pay.

Officers in Customs and Border Protection begin at the GS-5 level and can advance to the GS-12 level over time.

According to data from the US Office of Personnel Management, the median salary for a GS-5 officer in December 2018 was $40,154.

This comprises a base income of $28,945 plus an additional $11,209 for extra and a nighttime differential. According to the data, the median yearly salary for a GS-12 supervisor in the same year was $95,437.

These are the starting salary. In addition to your base income, you receive locality pay, which is based on the cost of living in the area where you are stationed.

You can still choose to work with Macy by reading through this; Macy’s Hiring Process | Job Application, Interviews, and Employment

What is the Prospect for CBP Officers?

The United States will always need to safeguard its frontiers, which implies that job opportunities in US Customs and Border Protection will be plentiful.

According to government sources, the CBP will strive to recruit, train, and hire agents for as long as the country needs to fight drug dealing, human trafficking, and other illegal cross-border activity.

As a result of attrition in recruiting and recruitment activities, job possibilities are ongoing

Although Customs and Border Protection has a tremendous need for officers, the employment procedure is extremely difficult. As a result, those who exceed the agency’s basic qualifications have the highest career prospects.

Furthermore, if you are willing to relocate to any place in the country, you may have a better work outlook.

Clearly, demand is highest around the borders and coasts of the United States.

You might have to read through these 21 Great Job Interview Tips: How to Make An Impression

Given the number of borders and seaports guarded by Customs and Border Patrol, it’s no wonder that CBP Officers contribute significantly to the safety of the United States.

Border patrol officials in California captured $623,000 in hard narcotics in April of 2018 and many of such cases. Working as a BCP officer is something you will enjoy if you are hired.

Is the CBP Academy challenging?

The program’s physical component is quite tough. The Border Patrol Academy is one of the most difficult law enforcement academies in the country. Basically, the program includes 940 hours of intense education in subjects such as physical fitness, immigration law, firearms use, and driving, among others.

What if you don't pass the CBP admission exam?

Candidates must pass the exam with a rating of at least 70 to be considered. After taking the Entrance Exam, you will not be allowed to retake it for six months, either you passed or failed.

Is CBP responsible for relocation costs?

Appropriations for Customs and Border Protection’s Salaries and Expenses are available to pay for relocation expenses incurred by agency employees moving their existing homes from Canada and Mexico to the United States in an effort to conform to a security agency stipulation.

Is the CBP hiring process difficult?

Working as a CBP Officer may be both mentally and physically taxing. As a result, the application procedure to become a CBP Officer is designed to guarantee that individuals chosen are capable of carrying out the duties that are expected of them.

How long does it take to become a Border Patrol agent?

Newly hired immigration agents attend training at the Border Patrol Academy in Artesia, New Mexico. This 19-week residential training program covers national and immigration law, physical conditioning, and firearms use. To pass the program, new agents must maintain an average of at least 70%.

How long does the CBP hiring process take?

This changes depending on the application. It takes an average of six to nine months to complete the process, according to statistics. Health concerns, complications in your background investigation, or a lack of sufficient or needed information are all factors that can lengthen the process.

How long does CBP take to process applications?

If they provisionally approved your application, you must schedule an interview with CBP officials at one of the Enrollment Centers. Processing timelines vary by application, however conditional approval might take up to 6 months on average.

What is the distinction between a CBP officer and an agent?

Border patrol agents are frequently in charge of bigger areas, such as off-road locations where there are few or no other safety precautions. CBP agents nearly often operate at points of entry, such as airports, and may spend a bit more time checking items and filing documentation than engaging with people. 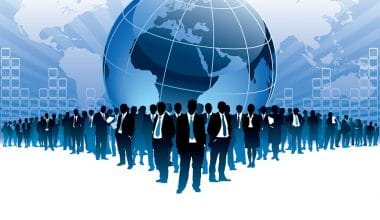 Read More
HHiring
It can be extremely difficult for any aspirant to decide on a career choice. A plethora of work… 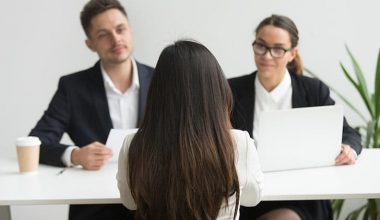 Read More
HHiring
Answering the question “What is your greatest weakness?” at a job interview is challenging because it requires you… 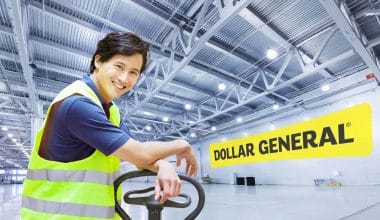 Read More
HHiring
The list of top variety retail stores in America would be incomplete if we cannot mention Dollar General.… 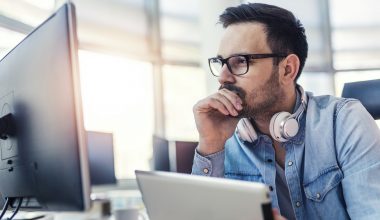 Read More
HHiring
In your first software engineering interview, what should you expect? That is dependent on the position for which… 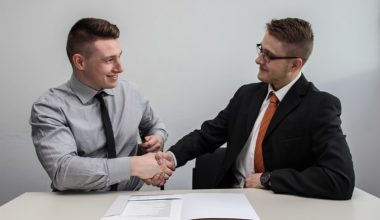 Read More
HHiring
One question interviewers never fail to ask during each interview session is, ”what is your work style?”. Sometimes,… 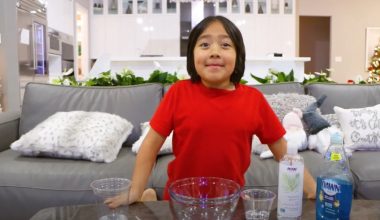