Forex trading is trading between the currency pairs of two different countries. This article discusses the best forex pairs to trade when to trade as well as everything else you need to understand before you launch into forex trading.

The Foreign Exchange Market (Forex) absolutely has the largest volume of the world’s business. It’s a market that never closes with individuals from the various countries of the world participating in the market every day.

Further in this article, we will explore ways to help you find the best forex pairs to trade.

While you are here, you can also check out 30 High Income Skills you can Learn Immediately

What Is Forex Trading?

Forex trading is simply the act of buying and selling in the different currency pairs of different countries.

To be able to buy and sell, you will need to have researched and had information about the price of each currency in a pair in relation to each other. This relationship between the two currency pairs simply defines the currency pair.

Usually, a currency pair comprises two currency abbreviations. This is followed by the value of the first listed or base currency, expressed in the second listed or quote currency.

A currency pair usually has the ISO currency code or a three-letter alphabetic code used to specify the setup of the pairs on the international market.

For instance, EURUSD 1.45 simply interprets that one EURO is equivalent to USD$1.45. In the afore-written illustration, the base currency is the Euro while the other is the counter currency.

In other words, currency trading is simply ‌exchanging one country’s currency for another. Also, it could be said to be the conversion of one currency into another.

What are Forex Pairs?

According to Investopedia, forex pairs are or a currency pair is the quotation of the two different currencies of two different countries with the value of one being quoted against the other. Currency forex pairs simply compare the value of one currency against the other. It shows how much of the second listed or quote currency is required to buy one unit of the first listed or base currency.

What are the Different ‌Forex Pairs?

Basically, there are different types of forex pairs to trade. They are of three categories:

These are the set of the most traded currencies on the market. Although, the opinion on how many major currencies there are in the forex trading market may differ, however, the list will include‌:

These are currency pairs with values tied to commodities such as coal, oil or iron ore. The lis includes the following:

These constitute pairs that do not include the US dollar. They include:

What are the Best Forex Pairs to Trade?

Now that you understand some things about forex trading, the next step is to figure out what forex pairs you would want to trade. Below is a list of the 10 best forex pairs to trade in 2022.

This is one of the most popular and widely traded currency pairs in the world. From the discussions above, it is easier to understand that the abbreviation above simply means “conversion of the U.S dollar to Euros.”

This currency pair is impacted by the political movements that influence either the euro or the dollar in relation to each currency.

The Japanese yen dates back to the attempt at modernizing and westernizing the Japanese economy by the Meiji restoration. It is the country’s official language, and it lost hugely of its value following the end of World War II. However, it has gradually risen after falling to its lowest during the oil crisis of 1973.

Now, the currency is usually being held as a reserve currency behind the euro, USD as well as GBP. Also, it experiences a great number of daily fluctuations followed by regular buying and selling en masse to keep the currency exchange rate under control by the Japanese central bank. This is called the “dirty float.”

As a forex trader, you can amass huge profits by banking on this daily fluctuation especially if you can buy at the right time as the Japanese government has placed a high premium on the value of the currency to keep it on an active and competitive export market.

However, because the Canadian economy heavily relies on oil exportation, the price of oil has a great deal of influence over the value of the currency.

As a forex trader, if you want to trade USD for CAD, you might need to first monitor the price of oil to determine when next to buy.

Basically, this is the official currency of the United Kingdom as well as throughout England, Wales, and Scotland. Also, the currency doubles as one of the most popular and the third most-traded currencies. The currency trails behind the USD and the EUR.

Historically, two events that heavily influenced the price of the GBP and caused its fluctuation are:

The CHF (Swiss Franc) is widely considered as one of the safest and most stable currencies as most investors usually invest in the currency for the sole purpose of protecting their assets at times of turbulence.

Basically, what this simply means is that the CHF currency regularly appreciates even at times when other currencies depreciate. For instance, during the Great Recession, the CHF rose in value against all odds except for JPY.

However, the CHF tends to lose value when other currencies begin to appreciate. Notwithstanding, the currency and the JPY are considered the two safest currencies due to their low volatility in times of major movements in the foreign exchange market.

RELATED:  30 High Paying Jobs You Can Get With A High School Diploma

The AUD (Australian dollar) is considered the 6th most popular and widely common-traded currency pair. It is the official currency of Australia.

The economies of Australia and Canada share an interdependent relationship, for this reason, the value of the AUD is close;y related to the CAD. Also, the AUD is associated with the commodities market as the country is widely known as the greatest and largest exporter of coal and iron ore.

In 2015, the currency fell due to the commodity slump. So, as a forex trader, you must learn to keep your eyes closely on the price of the commodities significant to the Australian economy.

The CNY is the Chinese Yuan. The currency pair is the partnership of the US dollar and the Chinese Yuan or Chinese renminbi. In 2019, the USD/CNY represented about 4.1% of daily forex trade.

Since the US-China trade war, the Yuan has regularly decreased in relation to the US dollar. The Chinese let the yuan depreciate in value to enable the county’s export cheaper as well as boost their market share in other countries than the US.

You will need to monitor the US-China trade war as any movements or development could affect the value of the currency pair.

The HKD is the official currency of Hong Kong. Between 2016 to 2019, this pair trading rose from 1.5% to 3.3% and this could have been as a result of the Hong Kong protests which resulted from the execution of the Fugitive offenders amendment bill as well as the allegations of police brutality on the people of Hong Kong.

The value of the HKD currency is associated with the US dollar in the linked exchange rate system. Basically, it is allowed to fluctuate from HK$7.75 to HK$7.85 to the US $1. Traders can often amass profits with the fluctuation within this price movement band.

The EUR/GBP is considered the 9th most commonly traded forex pair. Basically, given the strong trade ties and bonds as well as the proximity of the UK and Europe, the EUR and the GBP have had historical links and thus, considered one of the most difficult forex pairs to accurately make predictions for.

However, despite the prediction difficulties for the forex pairs, the EUR/GBP exchange in 2019 made up about 2.0% of the daily trades.

As a forex trader, you may need to monitor any ECB and BoE announcements as they could influence the price movement of the EUR/GBP – euro and pound, and this could further increase the volatility rate.

The price movement of the currency pair has quite fluctuated over the years and this could be as a result of the circumstances of Brexit. Although this volatility could be a good thing for some traders, it is important you have a risk management strategy put in place. Also, it will help to keep up to date with Brexit news.

This currency pair has experienced quite some increase and this could be as a result of the growth the South Korean economy has seen which boosted it up to the fourth-largest economy in Asia in November 2019.

When are the Best and Worst Times to Trade Forex Pairs?

RELATED:  20 Non-Customer Service Jobs That Do Not Require A Degree

Basically, the forex markets are open 24 hours a day throughout the week unless on holidays. However, the forex markets are not monopolized by one market or country, that is, there is a global network of exchanges and brokers all around the world and thus, the marketing forex trading hours may vary according to the opening hours of the various participating country.

Below is a list of the major trading sessions:

When are the Worst Times to Trade Forex Pairs?

What is the worst time to trade forex pairs? When is the best time to enter a trade?

The worst times to trade forex pairs are usually from 12-1 am. This is because there is usually low liquidity when markets open and there’s a risk of trading around 12am.

traders are highly against trading entering trade between 12 and 2 am as the risk can result in low liquidity which can result in higher volatility and can put your account at risk.

What are the Best Times to Trade Forex Pairs?

Typically, professional traders recommend that the first three hours of a major market opening or trading session are usually the best times to enter a trade as they tend to have the best trend, momentum as well as retracement.

However, it is important to note that the TOTH (Top Of The Hour) which simply means the first and last five minutes of each hour can also cause traders to experience volatility and quick market movements.

Our list of the best currency pairs to trade is the best because they are the most traded forex pairs traded in the highest volumes. This results in higher currency stability and liquidity in the market. Also, they are some of the most popular forex pairs and the popularity of forex trading provides the best trading conditions.

However, while you consider using our list, it is important you have your trading strategy, abilities, and goals in place to best determine the best moves for you.

What is forex trading?

Forex trading is simply the act of buying and selling in the different currency pairs of different countries.

What are the types of forex trading?

What are the Most Stable Currency Pairs?

What is the strongest currency in the world?

What are the best forex pairs to trade in 2022?

Which currency pair is most profitable in forex 2022? Here are the ten of the best currency pairs to trade in 2022: 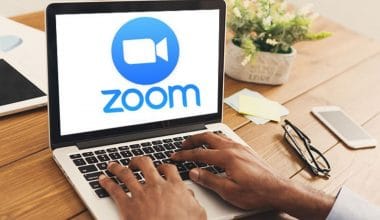 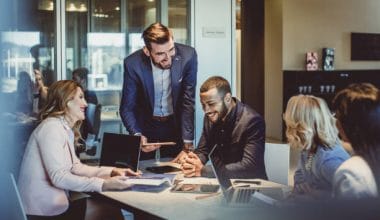 Read More
CCareer Tips
Corporate jobs are vacancies available in companies. Companies require the expertise of talented individuals for the fulfillment of… 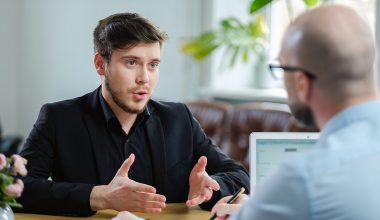 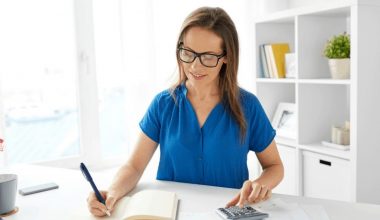 Read More
RResume
In a time when job seekers are switching it up, it is only important you equally ensure they… 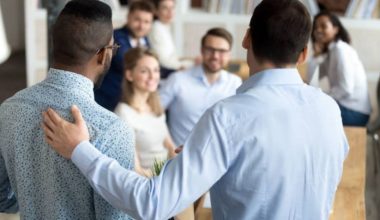 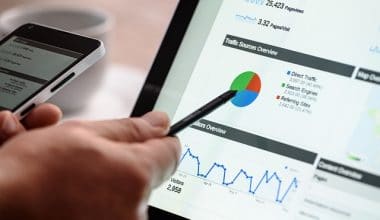 Read More
CCareer Tips
Do you plan to follow a business analyst career path? What reasons spur you to be a business…