Home How Often Should You Get A Raise? | 2022 Salary Tips
SSalary

It’s never easy to talk about money. It’s even more awkward if you’re asking for a raise from your boss. While every situation is unique, there are some common accomplishments at which you can and should ask for a raise. Aiming to increase your salary is a worthwhile goal.

Simply turning up and completing your job will earn you a salary, but it is unlikely that you will receive a raise. The ability to request more money is typically determined by the value you provide to an organization.

There are no guarantees with pay raises. Some companies take a proactive approach to wage increases, reviewing employee performance on a six- or twelve-month basis and altering remuneration accordingly.

Your salary should rise as you advance in your job. Though your boss may know when it’s time to offer you a raise, play a proactive role and ask for one yourself.

Many companies will only give raises to employees who request them. Knowing how often you should get a raise will help you evaluate when it is appropriate to request one.

Are you wondering if it’s the right time to ask your boss for a raise? This article highlights everything you need to know on how often you should get a raise.

How to Ask for a Raise

You should never request a raise without first conducting research and reflecting on your tenure at the organization. Some basic steps should be followed when asking for a raise in order to ensure that you receive positive feedback.

When to Ask for a Raise

Most companies will conduct a performance review after each year of employment to offer feedback on your abilities, accomplishments, and areas for growth. This is the ideal opportunity to evaluate how your employers see your performance.

Using this knowledge to your advantage might help you leverage when and how you ask for a raise. For example, if your boss offers you a wonderful performance assessment, you may feel validated in your request for a raise.

You can even include some of the accomplishments and work ethic your managers noted to support your request for a raise.

However, if your performance assessment was less than stellar, wait a little longer before asking for a raise. Instead, consider implementing the comments and making some adjustments before requesting a raise.

Also, Read What To Put For Your Desired Salary on Your Job Application

Reasons to Get a Raise

You can’t just barge into your employer and start talking about an increase in your earnings. There must be certain reasons, whether personal or professional that must apply to the reason you think you deserve a raise. Some reasons to ask for a raise include;

You’ve been in the company for a long time

If you’ve served the company for a long period, there’s a good reason you should be up for a raise. Employers must provide competitive wages in order to keep you on board.

As the expense of living continues to rise, so should your pay. Your company should evaluate how much someone in your position should be paid regularly and change your wage accordingly.

Most companies will always increase the salary of their long-term employees in order to be a motivation for other workers to emulate.

Getting a promotion is one reason why you should ask for a raise if one hasn’t been offered to you already. Promotions come with higher roles and responsibilities to fill in the company or organization.

With the increase in duties should be a subsequent increase in salary. Most promotions usually specify how much raise you’ll be getting on elevating to a higher position.

When you’re first hired by a company you’re bound to have fewer roles and duties which they feel you’ll be able to handle.

This increasing role being played in the company shows that you are found capable of handling such demanding tasks and could be a good reason to ask for a raise.

If you were transferred to a new branch in a city with a higher cost of living, request a pay increase. Make your increase appear to be a cost-cutting measure.

This is one of the main reasons people ask for a raise after company relocations or transfer to another branch.

See also How To Negotiate Your Salary: 40 Negotiation Tips

Factors to consider before asking for a raise

There are certain factors that are pre-determinate factors for asking for a raise. Assessing these factors will enable you to personally determine if you’re worthy of the raise you’re asking for. Some of those factors include:

Your worth to the company

Employee pay is based on market value. Most businesses pay “the going rate” for a certain position. This is often determined by a company’s involvement in pay surveys.

Compensation experts report salary data based on job functions, experience, and expertise. Knowing where you stand in the market is useful if you are considering asking for a raise.

If you have cutting-edge abilities that are in great demand, your company may pay you extra to retain you on the team.

Focusing on yourself is the most effective and persuasive strategy to ask for and receive a pay raise. Take some time to gather information on your effect within the firm.

Both primary and secondary data might be used in this case. In a larger organization, your effect may be lost among hundreds or thousands of other employees.

Take advantage of this chance to show that you are a vital part of the team that regularly performs well. Did you increase overall cross-cultural communication?

Did you launch a successful project? Perhaps a client or customer gave you a positive assessment of your work. Concentrate on your achievements that have had an influence on the firm.

If your company has recently seen a significant reduction due to economic concerns, now may not be the greatest moment to engage in a salary increase negotiation.

In contrast, if you have been working for a long time in an understaffed area and taking on more work, the timing may be great. The most essential thing is to remain professional even if your request is refused.

Consider the time before meeting with the suitable individual to negotiate additional money. In the United States, raises are normally at the 3% level. Even a little percentage boost might add up to a significant increase in compensation.

It’s important to compare your salary to others holding your position in different firms. Salary comparison will help you determine if your earning range is within the right amount and if you’re perfectly within your rights to demand a raise.

In the scenario where you find that your salary is below the average of others in different organizations, you can use this information to your advantage and request a raise.

RELATED:  How Much Money Do Surgeons Make?

Read about Hourly vs Salary Pay: What is The Difference?

How Often Should You Get a Raise?

As a new employee of an organization or company, you might wonder how often you should get a raise. In most cases, you should only ask for a raise once a year.

There are, of course, exceptions to this rule, such as if your company did not grant you a raise six months ago but agreed to reevaluate the matter in four months based on performance objectives or money.

A big opportunity for employees to wonder “how often you should get a raise “maybe after a large accomplishment such as obtaining a big client, organizing a successful event, getting a substantial grant, implementing a successful cost-cutting technique, or closing a huge deal.

In general, you should wait until you have worked in a position for a full year before asking for a raise.

How can I make my boss see I’m ready for a raise?

You can make your superiors review increasing your salary by making them see the important role you play in the company.

How often should I get a raise?

How often you should get a raise usually depends on the type of organization you work for. Generally, you are entitled to a raise at least once every year.

Does getting a promotion set me up for a raise?

Yes, a promotion comes with an Increased responsibility and a subsequent bump in earnings.

Can I ask my superiors for a raise?

Yes, if you feel you’re way overdue for a raise you can meet your boss.

Should I quit if my request for a raise gets rejected?

Quitting after a raise rejection will depend on the reason why your request was rejected and the possibility of your request being attended to later on.

Most individuals find asking for a pay increase to be a challenging task. Prepare to defend why you believe you are entitled to a raise or bonus, regardless of how much money you need for personal expenditures.

Knowing how to ask for a pay rise from your manager will help you earn that well-deserved raise. This article has clearly reviewed how often you should get a raise and how to make a compelling argument to your superiors.

10 Best Answers To " What are You Passionate About?" Question In An Interview

Performance Anxiety at Work: How best to Go about it at Work 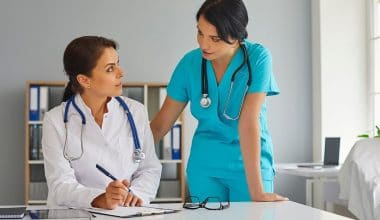 Read More
SSalary
A career as a CMA commonly comes with an important monetary reward. According to the Bureau of Labor Statistics… Read More
SSalary
Do you want to become a surgeon and want to know how much money surgeons make? This article… 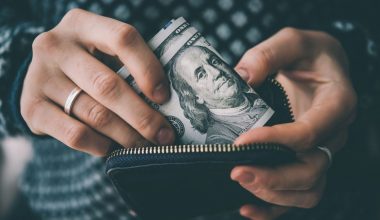 Read More
SSalary
On your job application, answering questions like “what is your desired salary” is a very critical part of… 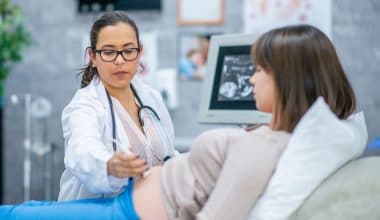 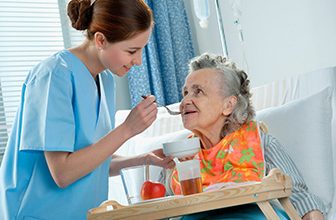 Read More
SSalary
Now is as good of a time as ever to become a certified nursing assistant. The demand for… 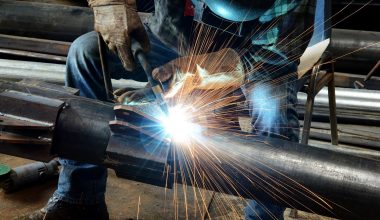