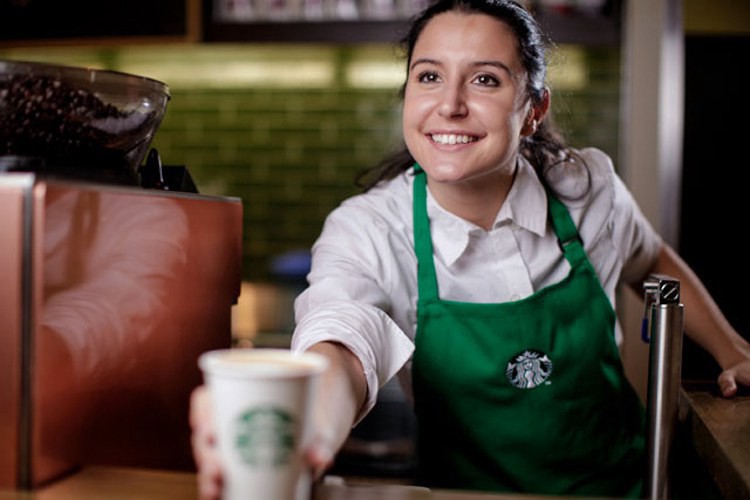 For many coffee fanatics, the idea of ​​being a Starbucks barista is a dream job. It’s an opportunity to mingle with fellow coffee lovers and craft exciting beverages while earning a decent living.

But the big question is, how much does a Starbucks barista make per hour, and how do Starbucks wages vary by location?

This 2022 salary update will give you an idea of ​​what to expect if you want to become a barista as a side job or main source of income.

Starbucks recently announced a new minimum wage of $15 an hour, with an average wage of $17 an hour.

Who is a Barista?

According to Merriam-Webster, the term “barista” originated in Italy as a name for someone who is a trained mixologist of both alcoholic and coffee-based beverages.

Today, in the United States, a barista typically refers to the person behind the counter in a coffee shop who takes orders and prepares and serves various types of beverages to customers.

In addition to serving coffee and processing customer payments, baristas can also interact with customers, answer questions, and help them choose coffee beverages.

Behind the counter, baristas are responsible for maintaining equipment, keeping work areas clean, and ensuring inventory is stocked.

What does a Starbucks barista do?

What are the Additional Responsibilities for a Starbucks Barista?

Baristas work to maintain good customer relationships and fast delivery of all beverages, as well as complete daily tasks assigned by management.

In summary, Starbucks baristas do the following:

How Much Does a Barista Make at Starbucks?

According to USA Today, Starbucks announced in 2021 that employees across the country will now earn an hourly average of $17 an hour, with $15 an hour being their new minimum wage.

This increase began in January 2022 and is intended to provide a possible 5% wage increase for those who have worked at Starbucks for at least 2 years.

Those who have been with the company for at least 5 years could potentially see an increase of 10% or possibly more. This increase will result in salaries averaging between $15 and $23 an hour for all employees.

The company has also promised to make training a real investment by offering guidance and additional training time to help overwhelmed workers.

The typical salary of a Starbucks barista is $14 an hour. Barista salaries at Starbucks can range from $8 to $76 an hour. This estimate is based on 9745 Starbucks Barista salary claim(s) submitted by employees or calculated using statistical methods.

When bonuses and additional compensation are factored in, a Starbucks barista can expect to earn an average total hourly wage of $14.

What Does This Mean for Annual Pay?

If the Starbucks minimum wage is now $15 an hour, that would mean new employees hired by the company have an opportunity to earn at least $31,200 per year.

With Starbucks’ newly announced average of $17 an hour, some employees have the potential to earn as much as $35,360 per year.

Those who have been with the company for more than 2 years also receive a potential salary increase of 5%, with up to 10% expected from current employees.

What are Starbucks’ areas with the highest payouts?

While every state in the country now has a Starbucks, it’s no surprise that some areas offer higher pay when it comes to the coffee giant. Of the 10 cities with the highest salary rates for Starbucks baristas, six are in California.

San Jose rounded out the highest pay for baristas last year, with the average pay being $29,900 per year. With the currently promised salary increase, this annual salary should continue to rise.

Here’s a look at the 10 cities with the highest salary rates for a Starbucks barista and the average annual salary they were making before the aforementioned promised rises.

Also see, What to Wear to a Job Interview at Starbucks | 2022 Tips

Tips are split up among baristas and shift supervisors, but not given to managers, shift managers, or assistant managers.

Starbucks is known for giving its employees great benefits, such as health coverage, 401(k) plans, parental leave, and tuition coverage, among other things. And the people that work there say this is one of the reasons they love their job.

As you can see, being a Starbucks barista wasn’t always the highest-paying job out there, but thanks to the efforts of a few employees, it looks like things are about to change.

If you are or hope to be, a Starbucks employee, you should see better pay and hopefully better training and staffing conditions.

Yes, the pandemic has been tough on everyone, even companies, but with staffing issues across the country, Starbucks is hoping to attract more potential employees by offering a better wage.