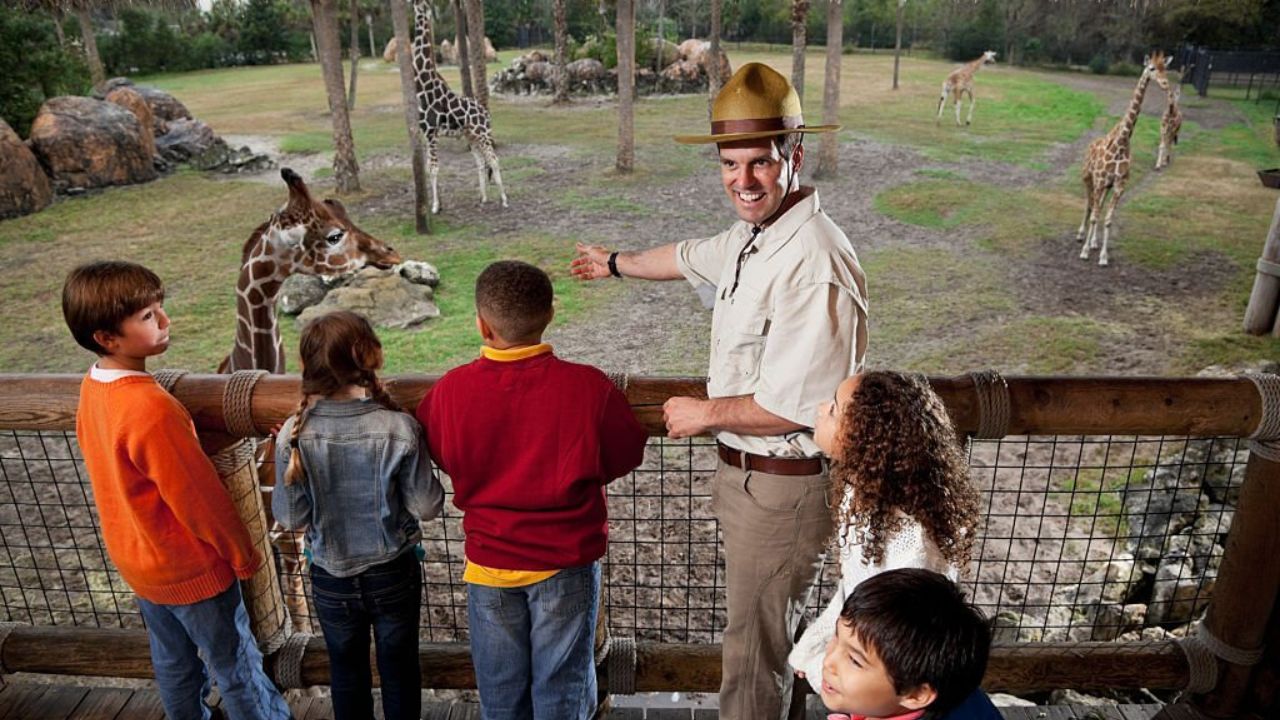 Zookeepers are the most visible members of the zoological park team. This career path doesn’t offer a particularly high salary, but jobs are highly sought due to the unique opportunities and experiences that the field provides.

Keep reading to find out a zookeeper’s salary across cities, states, and work levels.

What Does A Zookeeper Do?

A zookeeper also referred to as an “animal caretaker,” is a zoological professional who takes care of the health and habitats of various animals that are kept in captivity for conservation, study, or public display. They are responsible for the daily care and feeding of the animals, and the maintenance of their enclosures.

Depending on their specialty, zookeepers might work specifically with certain classes of animals, such as birds, aquatic species, big cats, or reptiles.

How Much Does A Zookeeper In The United States Make On Average? Zookeeper Salary

According to Comparably, the average Zookeeper in the US makes $41,374. The average bonus for a Zookeeper is $575 which represents 1% of their salary, with 100% of people reporting that they receive a bonus each year. Zookeepers make the most in San Francisco at $60,909, averaging total compensation 47% greater than the US average.

RELATED POST: 15 Best Colleges For Zoology in the World | Ranking 2022

How Much Does An Entry-level Zookeeper Make?

The average annual pay for an Entry Level Zookeeper in the United States is $39,961 a year as stated on ZipRecruiter.

How Much Does A Zookeeper Make Per hour?

The average salary of a zookeeper per hour in the United States is $16.63

Top Companies For Zookeepers In The United States

Here’s the list of the highest paying companies for zookeepers as reported by Indeed.

Here’s an updated list of the average salary of zookeepers across the 50 states in the US as reported on ZipRecruiter:

What Are The Top 10 Highest Paying Cities For Zoo Jobs?

With these 10 cities having average salaries higher than the national average, the opportunities for economic advancement by changing locations as a zookeeper appear to be exceedingly fruitful.

Here’s a list of the top-paying cities where the typical salary of a zookeeper is above the national average:

According to a report from the BLS, overall employment of animal care and service workers is projected to grow 33 percent from 2020 to 2030, much faster than the average for all occupations.

About 66,200 openings for animal care and service workers are projected each year, on average, over the decade. Many of those openings are expected to result from the need to replace workers who transfer to different occupations or exit the labor force, such as to retire.

What is the typical work schedule of a zookeeper?

Zookeepers are often required to be available at all times of the day and night. Since animals need constant care, a zookeeper’s schedule can include nights, weekends and holidays in addition to early morning and daytime hours.

SEE ALSO:   Ginger Zee Salary in 2022: How much does Ginger Zee Make?
What types of working environments do zookeepers work in?

Zookeepers typically work inside care facilities part of the time but spend most of their time outside regardless of the weather conditions.

What are some of the key skills necessary for a zookeeper to have?

Some of the crucial skills of a zookeeper include:
Understanding animal behavior, which you gain through education and experience
Handling and care skills for the animals that zookeepers are responsible for
Physical strength and stamina to lift and carry heavy loads of food, materials and animals
Patience to work with temperamental, sometimes wild animals who may be frightened, sick or angry
Observation skills to identify changes in animals’ health or behavior
Public speaking for giving tours and educational talks to zoo guests
Animal-appropriate first aid to provide emergency care

Is a zookeeping a hard job?

Being a zookeeper means commitment to your animals, to the Zoo, and to public education. It involves long hours and hard work and over 95% of the time it isn’t really that glamorous.

To become a worldclass zookeeper, you must have love for animals and a passion for conservation. Additionally, you must be able to train and manage animals in captivity. To do so, you need physical strength and stamina to perform job duties such as cleaning exhibits, feeding animals, lifting containers of food and other supplies, and being on your feet for most of your work shift.