Eastbound & Down’s Kenny Powers is a fictitious character in the successful HBO comedy series.
Powers, played by Danny McBride, is a world-famous baseball star with a bad work ethic and a terrible temper. His personality eventually had a negative impact on his work life.

Powers ended up as a temporary physical education teacher after a successful stint as a successful pitcher whose fame faded due to his attitude.

While dealing with the stories of other characters, taught him numerous life lessons.
Check out these amusing Kenny Powers quotes to learn more about why this character is so popular.

“Stay in school. Fight the power. Don’t do drugs. Unless, of course, you’re doing them with me.” – Kenny Powers

“I’m sober and ready to destroy the competitions.”

“Whenever I look at a Mexican I will think of you. Whenever you look at that jackass you think of me, OK?” – Kenny Powers

“In most of nature, the alpha is the strongest of the pack. Creature of immense strength, large in size, a leader from birth, hippos, bumblebees, Wayans brothers – most of the time, they just look to the biggest amongst them.” – Kenny Powers

“I can’t believe I opened up my heart up to that bitch. Opened it wide up. And she just squatted with that big beautiful booty and dumped all over it.” – Kenny Powers

“There have been many comebacks throughout history…Well, my comeback is almost complete, and I can say that, when it is complete, it will shake the pillars of this land or town.’” – Kenny Powers

“See, in life, when you have talent all the other s**t doesn’t matter. If we were on an island with no weights and no running drills, who would be on top then? The guy with the talent.” – Kenny Powers

“But to capture the heart of one of your teachers, and take her away from you forever. So at this time I would like the beautiful, the forgiving, the talented, big-chested art teacher, to please step forward.” – Kenny Powers

“Sure, I’ve been called a xenophobe, but the truth is I’m not. I honestly just feel that America is the best country and all the other countries aren’t as good. That used to be called patriotism.” – Kenny Powers

“Is that my thong? Oh, dude no way! You do not go in my drawers and take out a pair of my chones. That is a big no-no!” – Kenny Powers

“Toby, what do you want from me? I’ve been super cool to you. I’ve given you a bowl of Chex Mix and some water. Why are you making curses upon me? If I give you a toy, will that erase the curse?” – Kenny Powers

“When my ass was 19 years old, I changed the face of professional baseball. I was handed the keys to the kingdom.” – Kenny Powers

“How does any genius figure out his inventions? I mean, how did Leonardo DiCaprio figure out about gravity? ‘Cause the bitch was sleepin’ underneath a tree and an apple hit him on his head.” – Kenny Powers

“I’m sick and tired of carrying all the weight… the coaches and owners not giving me the sht I need to win. Atlanta, you’re fuking out. Kenny Powers is now a free agent. Let’s find a bar and get sh*t-faced.” – Kenny Powers

“Ask anybody out there, and they’ll tell you that the foundation of a great baseball player starts with an understanding of some basic fundamentals: running, stretching, physical conditioning. These are the things that prepare your body for the many challenges a baseball player faces.” – Kenny Powers

“Oddly enough, the people here aren’t that different from the ones back home, when you get past the lack of interest in real sports, and the need to have yellow rice at every fuckin’ meal.” – Kenny Powers

“Do I have all the attentions of everyone? Attentions please. For those of y’all who do not know who I am, my name is Kenny Powers. And as fcked-up and weird as it may seem, I used to be a teacher here. But now I return to you. A victor, a champion, a man who has defeated the face of Mexican baseball… not to… get back my old job… fck that noise.” – Kenny Powers

In conclusion, Kenny Powers is a hilarious and talented character whose quotes can be applied to many situations. His quotes are sure to make you laugh, but they also contain wisdom that can help you in life. So the next time you’re feeling down, or need some advice, be sure to turn to Kenny Powers for inspiration!

You can Also Check out: Soul Searching Quotes Read More
There’s a certain code that exists in the hood, and it’s called “hood loyalty.” Hood loyalty is a…
QQuotes 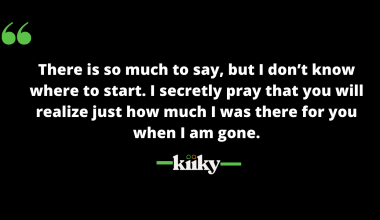 Read More
When I’m Gone, Quotations is a compilation of the best quotes for expressing your sentiments when you’re in…
QQuotes 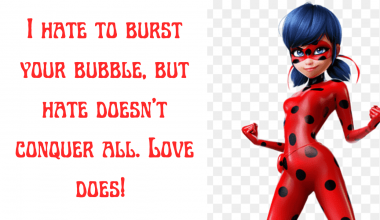 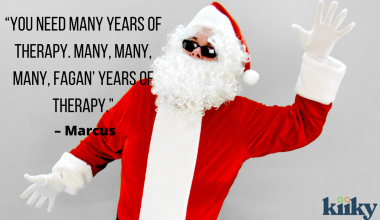 Read More
Most Christmas movies are designed to be fun for the whole family. That wasn’t the case with Bad Santa.…
QQuotes Read More
Instagram is a platform where users can share photos and videos with friends. One of the features of…
DISCLOSURE: This post may contain affiliate links, meaning when you click the links and make a purchase, we receive a commission.