Are you an International Student, pursuing an Undergraduate, Master’s, or Ph.D. Degree? This post “Study in King’s College London: Admission, Tuition, Courses, Scholarships, Ranking” is for you.

The most effective agent of civilization is this school which is basically why the establishment of King’s College is one of the biggest achievements of England.

This institution is one of the pioneer institutions in England and a big part of England history and also explains their dominance in education.

King’s College London (informally King’s or KCL) is a public research university located in London, United Kingdom, and a founding constituent college of the federal University of London.

King’s was established in 1829 by King George IV and the Duke of Wellington, when it received its first royal charter (as a university college), and claims to be the fourth oldest university institution in England. In 1836, King’s became one of the two founding colleges of the University of London.

This institution has leveraged on mergers with other institutions to come to where it is today, these merges include Queen Elizabeth College and Chelsea College of Science and Technology, the Institute of Psychiatry, the United Medical and Dental Schools of Guy’s and St Thomas’ Hospitals and the Florence Nightingale School of Nursing and Midwifery.

These merges took place from the year of its establishment to 1998.

The King’s College is well structured and organized, which is evident in the way they have structured their email receiving platforms.

The sending of emails to this institution is classified. If you are a prospective student there is an email receiving department for you, but those who are already a student have access to multiple email addresses where you can send your query.

Here is a list of departments in king’s college and their emails this would help you to email them.

Kings College is one of the most targeted colleges by employers, it has a staggering record of 99% of their graduates being employed within 6 months of graduation.

The not-so-good thing is the Kings College London Acceptance Rate that is, the college’s rate of intake. You have to be extremely excellent to get into this college.

Back in 2014, King’s college had about 13% acceptance rate which applicants weren’t happy about because many intelligent applicants are left without admission. Kings College has evolved over the years.

The application fee at The King’s College is $30. Scores for either the ACT or SAT test are due May 1. It is more selective, with an acceptance rate of 41%.

King’s is not only an enriching experience from an academic perspective – we have a diverse and active student community, with almost 30,000 students from some 150 countries worldwide.

King’s College London is one of the top 25 universities in the world (2016/17 QS World University Rankings) and among the oldest in England. King’s has more than 27,600 students (of whom nearly 10,500 are graduate students) from some 150 countries worldwide, and some 6,800 staff.

King’s is a leading university providing world-class teaching and cutting-edge research. They are ranked sixth in the UK for the quality and quantity of research activity (Research Excellence Framework 2014).

Kings University has always maintained consistency in ranking amongst the top 50 universities in the world.

Kings College currently ranks 38th amongst the universities of the world.

King’s College London Tuition fees differ in each study program, level, and also for both domestic and international students.

This university covers almost every aspect of life through the courses they offer their undergraduate and graduate students.

A graduate from King College London is universally competent and useful in any field he/she has studied.

If You’re still confused about the course you want to study then this is for you, you might want to take a look at these courses offered by king’s college, both in the graduate and undergraduate level.

There are several King’s College Scholarships available both for undergraduate and postgraduate students.

For more information on the list of undergraduate scholarships, details and how to apply, click on the link below:

For more information on the list of Kings College Scholarships for postgraduate students, details and how to apply, click on the link below: 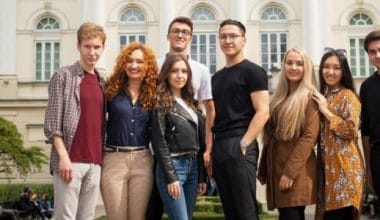 Read More
To Study in Poland, you have to select a University that best suit your Pursuit and Goals. In…
IInternships 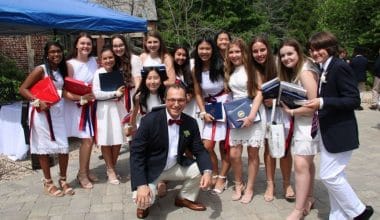 Read More
Training a child should be a meticulous task that should be done by the best hands especially at…
DISCLOSURE: This post may contain affiliate links, meaning when you click the links and make a purchase, we receive a commission.