The Monbukagakusho Scholarship (formerly known as Monbusho Scholarship) is a scholarship offered by the Japanese Ministry of Education, Culture, Sports, Science and Technology (Monbu-kagaku-shō).

Japan government in conjunction with the MEXT (Ministry of Education, Culture, Sports, Science, and Technology) are delighted to offer this scholarships to international students who wish to study at Japanese universities as research students under the Japanese Government (MEXT) Scholarship Program.

Its aim is to foster human resources who will become bridges of friendship between the scholarship recipient’s country and Japan through study in Japan and who will contribute to the development of both countries and the wider world.

To date, some 65,000 students from approximately 160 countries and regions around the world have studied in Japan under the Japanese Government Scholarship program established in 1954.

MEXT is led by the Minister of Education, Culture, Sports, Science and Technology, who is a member of the Cabinet and is chosen by the Prime Minister, typically from the members of the Diet.

What You Need to Know About Monbukagakusho Scholarships For Japanese

MEXT is one of three ministries that run the JET Programme. It also offers the Monbukagakusho Scholarship, also known as the MEXT or Monbu-shō scholarship.

There are seven types of Japanese government-sponsored scholarships available under the Japanese Government (Monbu-kagaku-shō) Scholarship program: those for

Research students: You must be under 35 years of age and a college graduate (includes prospective graduates). Or you must have completed 16 years of schooling. This programs allows the recipients to apply for a Graduate Degree Program (Masters and/or PhD) given that they passed their assigned University’s entrance examination.

Undergraduate university students: You must be at least 17 and under 22 years of age and have completed 12 years of school education or have completed courses in a school comparable to a high school (includes prospective graduates).

Every year a large number of students are enrolled by embassy recommendation (see below). Each half of the contingent undergoes a 1-year preparatory program at either Osaka University Center for Japanese language and culture or Tokyo University of Foreign Studies, before entering a 4-year undergraduate program at one of 87 Japanese national universities.

Japanese studies students: Applicants must be from 18 to 30 years old. Applicants must be enrolled as undergraduate students in faculties or schools which major in Japanese language or Japanese culture in a university outside Japan at the time when they come to Japan and must be enrolled in the home institution at the time when they return to their home countries.

Students majoring in the fields other than Japanese language or Japanese culture who wish to study various aspects of Japan ( engineering, economy, agriculture, architecture, art, etc.) as part of their major studies should apply to the JASSO (Japan Student Services Organization) for admission to the Short-term Student Exchange Promotion Program.

College of technology students: You must be at least 17 and under 22 years of age and have completed school education comparable to a high school (a minimum of 11 years beginning in primary school) education (includes prospective graduates).

Special training college students: You must be at least 17 and under 22 years of age and have completed 12 years of schooling or have completed school education comparable to a Japanese high school (includes prospective graduates).

Young Leaders’ Program (YLP) students: Applicants must be young public administrators and so on, from Asian and other countries participating in the YLP who are expected to play active roles as future national leaders in their respective countries.

The participants must be university or college graduates, who have at least 3–5 years’ work experiences in public administration or enterprises and so on(*). The screening of the participants is based on recommendations of the recommending authorities.

Those wishing to apply for a scholarship should meet one of the criteria listed below:

Recruitment for those arriving in Japan in next April is made between April and May. The initial screening (documentary examination, written test and interview) is made at the embassy between June and July. The embassy then recommends the selected candidates to the Japanese Ministry of Education, Culture, Sports, Science and Technology (MEXT) through the Ministry of Foreign Affairs by late August.

Recruitment for those arriving in Japan in next October is made between December of the previous year and the following February. Screening is conducted between Mid-February and March. Selected candidates are recommended to the Japanese Ministry of Education, Culture, Sports, Science and Technology (MEXT) through the Ministry of Foreign Affairs by the beginning of April. Past exam questions of these courses have not been disclosed. Please refer to the Japanese and English examination questions in the Past Examination Questions above.

(1) Research students and Japanese studies students who will be studying in Japan as an exchange student based on inter-university student exchange agreements can be screened through the national, public or private Japanese university involved as a candidate for a Japanese Government Scholarship. The university directly recommends the selected candidates to the Japanese Ministry of Education, Culture, Sports, Science and Technology (MEXT).

(2) Research students recommended by a university for study in Japan as government-sponsored scholarship recipients basically arrive in Japan in October.

Japanese studies students basically arrive in Japan in October according to the university program. Universities recommend candidates to the Ministry of Education, Culture, Sports, Science and Technology (MEXT) by mid-April.

(2) Universities carefully screen academically and individually excellent students and recommend them by mid-December as government-sponsored scholarship candidates to the Ministry of Education, Culture, Sports, Science and Technology (MEXT).

Fields of study must be subjects which applicants will be able to study and research at Japanese universities.

Scholarship is to taken in Japan

The scholarship is open to all Nationalities

Scholarship recipients will be provided a monthly stipend of 146,000 JPY (Research Student). This stipend is subject to change as specified by the regulations of the MEXT Scholarship program. The monthly stipend will not be paid to those who take a leave of absence or is long absent from Tokyo Tech.

Please note that the scholarship will be cancelled in the following cases, and the recipient may be ordered to return stipend payments already received:

According to his/her itinerary and route as designated by MEXT, recipients will be provided with an economy class air ticket from the international airport closest to their place of residence to Narita or Haneda International Airport. The ticket will be issued only for a route departing from the airport indicated in the application.

Expenses such as inland transportation from the recipient’s place of residence to the nearest international airport, airport tax, airport usage charges, special taxes on overseas travel and travel expenses within Japan will NOT be covered. (In principle, the place of residence of the recipient shall be the address stated in the application form.) Air travel from a country other than that of the recipient’s country of citizenship will not be covered by the scholarship.

Air tickets will not be covered if the recipient chooses to travel to Japan before or after the period designated by MEXT.

An economy class air ticket for a flight from Narita or Haneda International Airport to the international airport closest to the recipient’s place of residence in his/her country of citizenship will be provided upon separate application as long as the recipient returns to his/her country during the final month in which he/she receives the scholarship.

Note: (1) Insurance premiums for travel to/from Japan shall be borne by the recipient. The airport the recipient departs from or returns to must be an airport of the country of his/her citizenship.
(2) In some cases, the return air ticket may be provided by Tokyo Tech.

Fees for matriculation, tuition and entrance examinations will be waived by Tokyo Tech.

Who Is Eligible For The Japanese Government (MEXT) Scholarship Program??

APPLICATION LINKS FOR THE DIFFERENT TYPES OF MEXT SCHOLARSHIPS

DOWNLOAD THE APPLICATION FOR THE TYPE OF SCHOLARSHIP YOU WANT TO APPLY FOR FILL OUT AND RESUBMIT TO THE PORTAL .

WEBSITE:http://www.pk.emb-japan.go.jp/Education/ReserachScholarship.html
More detailed information on this scholarship program is available at the Japanese diplomatic mission in your country.
The application submission deadlines and process of selection may differ from country to country. Please check from the Embassy of Japan in your home country.
WE ALSO RECOMMEND 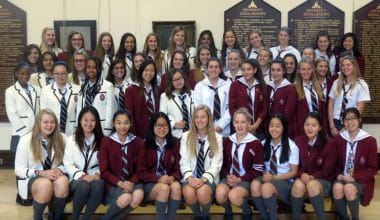 Read More
Applications are invited for the FEDRA Traineeship in Brussels, Belgium. FEDRA is currently looking for a talented and…
HHong Kong Scholarships 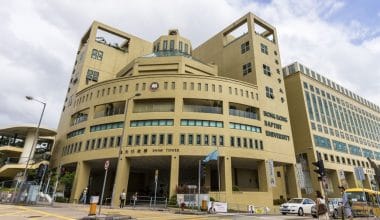 Read More
The International Postgraduate Scholarship (IPS) scheme at the Hong Kong Baptist University (HKBU) School of Business is a…
DISCLOSURE: This post may contain affiliate links, meaning when you click the links and make a purchase, we receive a commission.