Have you ever wondered what it will feel like to study in a Military University that accepts both Military and civilians students and is reputed to be one of the best in Africa?

For NDA eligibility criteria 2022, candidates must be between 16 and 19 years of age. Candidates having appeared or appearing in class 12 (10+2) examination are eligible to appear for NDA 2022.

The Nigerian Defense Academy (NDA) is not an institution where admitted candidates only receive military training. However, all students admitted to the NDA will receive solid academic training as cadet officers for a period of 5 years.

In 1985, the NDA began offering undergraduate programs to military officers in training and now also offers graduate studies for both masters and doctoral degrees for both military and civil students.

The Deputy Commander assists the Commander in the implementation of general policies and training. While the academic branch is headed by a rector and a board of directors that heads the different units; the current rector is One of the leading marketing and entrepreneurship academics based in the United Kingdom in Europe in Nigeria, Professor Azubuike Sonny Nwankwo, and the other directors include;

The DOA is responsible to the Command for the administrative functions, activities and policy formulation in the Academy. The current Director of Administration (DOA) is Commodore J.E. Ake and has the assistance of 3 officials.

The DMT is responsible for the daily training of the cadets in subjects and exercises related to the army. The current Director of Military Training is Brig Gen E.V. Onumajuru. The Director is assisted by 5 officials.

The DCOORD is responsible for all matters related to the coordination of all the activities of the Academy and the liaison with external units, formations, and civil organizations. The current Director of Coordination (DCOORD) is Commodore C.D. OKEHIE

The DOL is responsible to the Commander for all logistics matters at the Academy. The current Director of Logistics (DOL) is Air Commodore D.N. Danat.

Directorate of Information and Technology (DICT)

The current Director of Information and Communication Technologies (DICT) is Air Commodore K.M. Umar. The DICT is responsible to the Commander of all matters related to ICT in the Academy.

The CBC is responsible for the commander in the cadet administration that includes lodging, food, discipline, club activities, and regimentation. The current Commander of the Cadet Brigade is Brigadier General L.A Lebo.

The current rector of the Defense Academy of Nigeria is Professor Azubuike Sunny Nwankwo.

How can I apply for NDA?

Now let’s consider the step-by-step registration in the NDA portal. It is quite fast and direct.

When you create an account, you will get direct access to the purchase form, but to do so, you must complete the corresponding request. The system will tell you how to do it. After creating it, click on send.

If you choose to pay online, click on sign in to the application form and make the payment, or if you prefer a banking system, click on remote payment. The guide will help you to perform all the steps correctly.

The Nigerian Defence Academy, NDA Examination, and screening test for 2022 is not yet out. The NDA screening test is usually conducted between April and June every year at designated centers across the country. Only candidates with a JAMB Registration Number will be eligible to write the exams. Keep checking the Nigerian Defence Academy portal for fresh openings or you keep tabs with us for more information.

The NDA provides every official cadet with the necessary knowledge, skills, and values needed to meet the requirements of a military officer through military, academic and personal development.

The NDA is currently known as one of the best military academies in West Africa and the African continent. This probably explains why the competition for a place in this college is quite high because only the best are recruited.

The vision of the NDA is to produce officers with diversified training in both military and academic subjects. The fundamental topics are designed to allow the gradual development of officers from the Nigerian armed forces.

The NDA trains officer corps for the Nigerian army, navy and air force. Below is a brief overview of these setups:

The Nigerian navy comes from the Nigerian navy. The responsibilities of the Nigerian Navy include the management of ports and ports; concreting and lighting; dredging of channels; operational ferry services, cruises and other small vessels that crossed the different creeks and other inland waterways.

The Nigerian Air Force was established in 1961 in response to the need to fly troops during peacekeeping operations in Congo and Tanzania. The armed forces also provide logistical supplies during combat

The duration of the training at the Nigerian Defense Academy is 5 years for military cadets for the army (4 years Academic + 1 year military) and 4 years for naval and air force cadets after which they continue to the Nigerian Navy College, Onne, Port-Harcourt and 301 Flying Training School (301FTS), Kaduna respectively for 1 year training with their respective services.

The registration details for various degree programs offered in NDA are provided in the application portal of the NDA website, as well as in the brochure and the JAMB website.

All other information about the degree courses, eligibility, and examination centers can be found on the NDA website/portal. Keep in mind that anyone with knowledge of French will have an added advantage during the application process.

To be eligible for admission into the Nigerian Defence Academy, a candidate must have the following:

In addition, candidates must take very good note of the points highlighted below:

During application into NDA, all registrations and obtaining information are to be done in any of the listed NDA portals;

Afterward, the candidate should select “Purchase Access Code” and fill in their details to pay for their application.

OR they can apply here below:

We have gathered the official list of courses and departments that are available in the entire Nigerian Defence Academy (NDA).

So basically, we’ve made it very easy for you to easily view the subject combination and study requirements that you need to get into any of the listed courses offered in NDA.

Salaries are stated for a monthly basis and its accumulation in a year.

We strongly hope that you can use the info here as a lifeline to leap for your dreams. Don’t just read this very carefully, but apply to NDA too.

Cheers to several winnings as you leap for the stars. 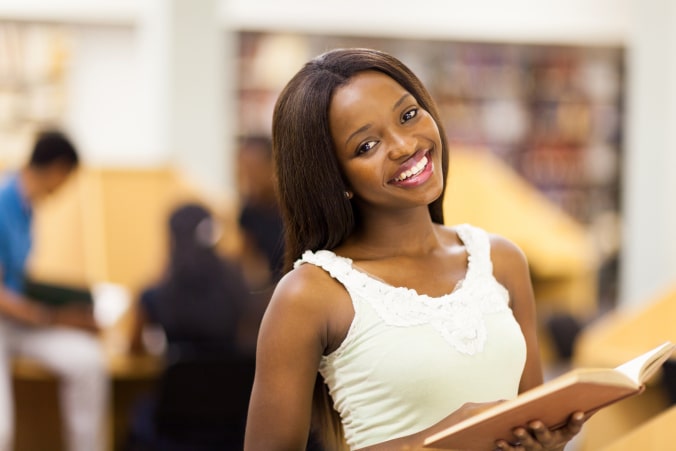 Read More
For a diverse community to exist on campus, the Government of Australia and other affiliate universities provide scholarships…
UUndergraduate Scholarships

Read More
The Murdoch University in Australia is accepting application for its AJ Parker Memorial Scholarship for Undergraduate Students of Australia. This…
IINTERNATIONAL SCHOLARSHIPS