Application for the Pierre Elliott Trudeau Foundation doctoral scholarships,2018 is on going  and interested applicants are encouraged to forward their applications and also ensure that the eligibility criteria is met.

The Pierre Elliott Trudeau Foundation doctoral scholarships in the humanities and social sciences are the only one of its scope and stature in the country. Each year, the Foundation awards up to fifteen scholarships to Canadian and foreign doctoral candidates pursuing research related to one of its four founding themes. Trudeau scholars are outstanding students who are interested in growing in a multidisciplinary learning environment and in addressing important questions for Canada and the world.

RELATED:  Bangkok School of Management Scholarship for Thai and Foreign Students at , 2017

Humanities and social sciences, and specifically one or more of the following areas:

Candidates must be nominated by the Canadian or foreign institution where they wish to study or are currently studying. Universities can nominate a candidate from their institution who is pursuing doctoral studies at another university.

Trudeau scholars are selected through a rigorous selection process that involves the following steps:

The Best Ranked Medical Schools in the UK in 2017

Read More
Cardiff University is delighted to announce that the  Vice-Chancellor’s International Scholarships worth over £2M, offer funding awards to…
UUncategorized

Read More
Applications are now available for the Boustany PhD Scholarship in Philosophy At Cambridge University 2018, eligible candidates are by…
UUncategorized 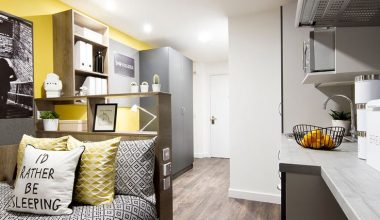 Read More
Once you’re certain about your admission, getting a comfortable place to stay should be your utmost priority. As…
UUncategorized

Read More
The MTV Staying Alive Foundation Grant 2018/2019 is currently available and eligible persons are been invited to apply for…
DISCLOSURE: This post may contain affiliate links, meaning when you click the links and make a purchase, we receive a commission.