Home What Are Public Ivy League Schools? Overview and Features
BBest Tips For Students in 2022 | Schools and Careers

What Are Public Ivy League Schools? Overview and Features

Attending an Ivy League school is the dream of every student. This is because Ivy League schools are known for the prestigious and top-notch academic programs they offer. The challenge is that they all have hefty tuition rates and a low acceptance rate.

But what if we told you it’s possible to achieve an education that’s on par with Ivy League schools without breaking the bank? You can do so by attending one of the many Public Ivies, which is a group of public universities known for their distinguished academic programs and low in-state tuition costs.

Read on to learn more about the public Ivy League schools are the way you can get into one.

What Is Public Ivy?

The Public Ivies are a collection of prominent public schools with a strong academic reputation. These colleges and institutions are well-known for offering an Ivy League education at a fraction of the cost.

The Benefits and Drawbacks of Public Ivy Universities

Which schools are Public Ivies?

Richard Moll’s list of eight Public Ivies included the full University of California school system. In 1985, there were eight UC campuses, bringing the total number of original Public Ivies to 15. The following is a list of UC schools:

Williamsburg, Virginia’s College of William and Mary is a public research university. It is the second-oldest institution of higher education in the United States and the ninth-oldest in the English-speaking world, having been founded in 1693 by letters patent issued by King William III and Queen Mary II.

The College of William and Mary is a public research institution with a medium-sized residential population. The university’s four-year, full-time undergraduate program, which enrolls the majority of students, is its focal point. The College emphasizes arts and sciences at the undergraduate level, with a small number of graduate degrees in subjects ranging from American colonial history to marine science.

Graduate studies are concentrated in STEM subjects, and the university has an active research program. 1,591 undergraduate, 652 master’s, and 293 doctoral degrees were awarded during the 2016–17 school year. The Southern Association of Colleges and Schools has granted William & Mary accreditation.

Miami Institution is an Oxford, Ohio-based public research university. The institution was founded in 1809, making it Ohio’s second-oldest university and the country’s tenth-oldest public university. The Oxford campus is part of a larger system that includes regional campuses in Hamilton, Middletown, and West Chester.

Miami University is noted for its liberal arts education, with more than 120 undergraduate and graduate degree programs in architecture, business, engineering, humanities, and sciences offered through its eight schools and colleges.

3. The University of California

The University of California (UC) is a public land-grant research university system located in California, United States. Berkeley, Davis, Irvine, Los Angeles, Merced, Riverside, San Diego, San Francisco, Santa Barbara, and Santa Cruz are all part of the system, as are other research institutions and academic abroad centers. The university is the state’s land-grant institution.

The University of California was founded on March 23, 1868, in Oakland, and operated there until 1873, when it relocated to Berkeley. Several branch locations and satellite programs have been established over time.

The University of California comprises ten campuses, with a total student body of 285,862 students, 24,400 faculty members, 143,200 staff employees, and more than 2.0 million living alumni. In the fall of 2005, it opened its newest campus in Merced.

The University of Michigan is a big residential research university with a four-year degree that is approved by the Higher Learning Commission. The majority of students participate in the four-year, full-time undergraduate program, which emphasizes instruction in the arts, sciences, and professions with a high level of coexistence between graduate and undergraduate programs.

Doctoral degrees in the humanities, social sciences, and STEM subjects, as well as professional degrees in medicine, law, and dentistry, are all available through the university’s comprehensive graduate program.

The Institution of Texas at Austin is a public research university in Austin, Texas, that was established in 1883. In 1929, the University of Texas joined the Association of American Universities. Over 50,000 undergraduate and graduate students, as well as 24,000 faculty and staff, make up the university.

More than 100 undergraduate and graduate degrees are available at the University of Texas at Austin. The university issued 13,215 degrees in the 2009–2010 academic year, including 67.7% of bachelor’s degrees, 22.0 percent master’s degrees, 6.4 percent doctoral degrees, and 3.9 percent professional degrees.

Jefferson, James Madison, and James Monroe were among the founding members of the Board of Visitors. At the time of its founding, Monroe was the President of the United States, and earlier presidents Jefferson and Madison were UVA’s first two rectors. The initial courses of study and architecture were devised and designed by Jefferson. For 117 years, UVA has been a member of the research-driven Association of American Universities, and the journal Science recently recognized its professors for two of the top ten global scientific accomplishments in a single year.

RELATED:  Help Tips: How can You Manage Funds As A Student In The UK?

Students can earn 48 bachelor’s degrees, 94 master’s degrees, 55 doctoral degrees, 6 educational specialist degrees, and two first-professional degrees (medicine and law) at the University of Virginia. All degrees are earned, and UVA has never given someone an honorary degree. Visit the official website to learn more.

What’s The Difference Between Ivy League Colleges and Public Ivies?

Let’s compare and contrast the experiences of attending a Public Ivy and an Ivy League school.

Tuition is one of the most appealing aspects of public Ivies; they are typically less expensive than Ivy League colleges, especially for in-state students. In-state tuition at most public universities ranges from $10,000 to $20,000 per year. Tuition for Ivy League schools, on the other hand, is typically in the $50,000 range. If you plan to attend a Public Ivy as an out-of-state student, you should expect to pay a higher tuition cost.

Despite having lower tuition than Ivy League colleges, public Ivies tend to give less financial help. Ivy League schools may give larger financial assistance packages because they have huge endowments and are not reliant on ever-changing governmental financing. In-state students are often eligible for need-based financial aid at public universities.

Out-of-state students, for example, are not eligible for need-based financial aid at UC Berkeley. Having said that, there are still a plethora of scholarship and financial aid alternatives accessible for students interested in attending public universities.

Acceptance rates at public Ivy colleges differ significantly. UCLA, for example, accepts 12.3 percent of applications, whereas the University of Arizona accepts 84.6 percent. The majority of public Ivies, on the other hand, have admittance rates in the 20-35 percent range.

The average admittance rate for Ivy League colleges, on the other hand, is under 5%. As a result, even the most stringent Public Ivy has a greater acceptance rate than all Ivy League institutions combined.

What is the University of Virginia Acceptance rate?

University of Virginia’s acceptance rate is 23.9%.

What are the Public Ivy schools?

What does Public Ivy mean?

The term indicates a public university that delivers an Ivy League-level education.

Who should be looking to attend Public Ivy schools?

Students that have great high school grades but may not be easily able to afford to go to Ivy League schools.

Public universities offer good educations at affordable prices. Though selectivity and renown vary by school, any Public Ivy will provide your child with a tough academic experience. As a result, any strong student, particularly those who can apply as in-state candidates, should give them serious attention. 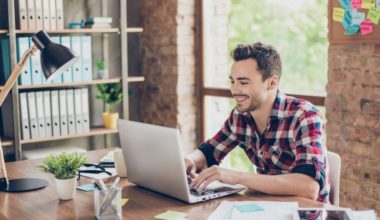 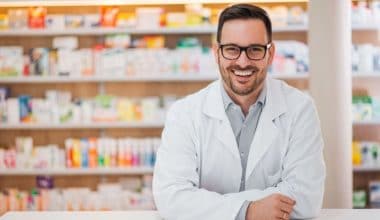 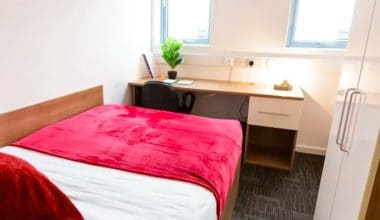 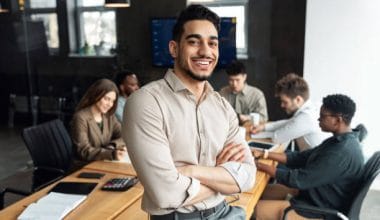 Read More
If you majored in English, finding high-paying jobs for English majors wouldn’t take a lot of struggles. According…
BBest Tips For Students in 2022 | Schools and Careers 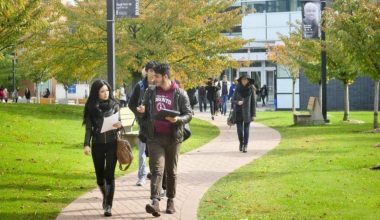 Read More
Are you aware that while you’re selecting a location abroad to study, you should also consider the cost…
DISCLOSURE: This post may contain affiliate links, meaning when you click the links and make a purchase, we receive a commission.