Cuba is a former Spanish colony located in the Caribbean at the nexus of the Gulf of Mexico, the Caribbean Sea, and the Atlantic Ocean. The Caribbean is known for its collection of Islands. Cuba has the distinction of being the largest island in that part of the world.

Study abroad students looking for a university location in the Caribbean would make a fine choice in Cuba. Since the 1990s when the country became more open, thousands of international students have flocked to that country to get a taste of Cuban education, life, and history.

The history of Cuba, the culture and music, and the many medieval castles makes the country a top draw for tourists. For international students, the fact the country has excellent educational and health systems are reasons to study in Cuba.

Cost of living in Cuba

Though the Cuban currency is the Peso, the US dollars is widely accepted for transactions within the country. This makes foreign exchange transactional problems almost non-existent.

The cost of living is very modest. For instance, one can eat a decent meal in an inexpensive restaurant for about $5; purchase a monthly pass for transport around the city of Havana for just $1. For fans of coffee, $1 is all that is needed to purchase a cup of cappuccino.

Again, international students can also benefit from the excellent health care that is free for everybody in Cuba.

Other items that might affect a student’s living cost include

As in most cases, these prices can differ from one location to the next. And the overall living expenses can differ for individuals depending on their lifestyle. However, students living in school halls should expect to pay less per month.

There are over 60 government-owned universities in Cuba. Tertiary education in Cuba, like in most countries, have programs leading to degrees in the bachelor’s, Masters and doctorate levels.

A bachelor’s degree is normally 4 years while courses in medicine can take up to 6 years.

This is the biggest and oldest university in the whole country located in the capital Havana. Originally a religious Institute, it now has 16 faculties offering programs in the humanities, natural sciences and social sciences. The university has a huge student population of about 60,000.

This is the second-ranked University in the country and is located in the seaport city of Santiago de Cuba. The university has 11 faculties offering several programs in science, humanities, social science and agriculture

This University has two campuses: one is located in the city of Santa Clara while the other is located upcountry in Topes de Collantes.

A journalism college was recently added to the 13 faculties in the university. Programs for undergraduate and postgraduate students are offered in fields such as humanities, law, and the sciences.

This University is the top technical college in the country. It is located in the capital Havana with 7 faculties offering undergraduate, postgraduate and doctoral degrees in many fields of technical studies. In the whole of Latin America, it is ranked among the top 250 universities.

Located in the beautiful city of Cienfuegos, the University was founded in 1970 and has four faculties in Agricultural science, Social sciences, Engineering, and Economic and Enterprise Science.

There is no fixed tuition for the various universities even though they are all public universities.

Depending on the university and course of study, tuition can range from $20,000 to $40,000. These fees though cover the whole amount to be paid for the duration of the chosen course, not just per session.

Further information on tuition can be obtained from the university of choice.

Students wishing to study abroad in Cuba would need a student visa. Visa requirements can be obtained from the Cuban embassy in your country.

However, the university you would be attending can also help in visa procurement. Talk with the right school official to help out with getting a visa to expedite the process in your home country.

The initial student visa should be valid for at least six months. About three months before going to Cuba to start your studies, the consulate would require you to submit the following

Since the country is a Spanish-speaking country, students must be fluent in the language. Students who cannot speak the language would be required to enroll for a 1-year intensive course in Spanish.

Read More
Applications are currently been accepted for the Global Food Security Symposium Worldwide in USA 2018,all applications are to be…
UUncategorized

Read More
Austrian Academy of Sciences is delighted to call for applications  for Doctoral Scholarship program to study in Austria.…
LLaw Scholarships 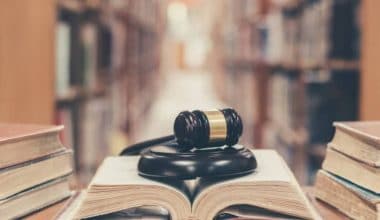 Read More
This post lists the Top 15 Ph.D. Scholarships for Law Students. This post has brought many testimonies to our…
CComputer Science Scholarships

Read More
UCLA School of Law is awarding two Full Scholarship Programs for the 2018-19 academic Year. The US, as…
PPhysics Scholarships 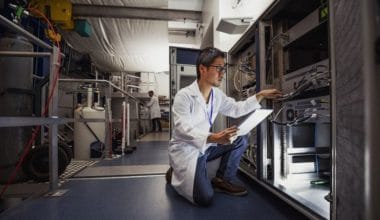 Read More
There are a number of exciting careers an undergraduate degree in physics can lead to, and there are…
DISCLOSURE: This post may contain affiliate links, meaning when you click the links and make a purchase, we receive a commission.