The College of Medicine and the Armstrong College came together to form one division of the federal University of Durham, with the Durham Colleges having the other formed. Following an Act of Parliament, King’s College became the University of Newcastle upon Tyne in 1963.

The university is situated at a campus site close to Haymarket. Haymarket is in central Newcastle upon Tyne. It is located in the northwest of the city center between the open spaces of Leazes Park and the Town Moor.

An independent website conducted a survey in 2008 and ranked Newcastle as the number one student city in the UK, with a score of 63%.

The categories that were considered in this survey are going out, shops, transport, community, and facilities.

Also, Newcastle is considered one of the friendliest cities in the world. The University of Newcastle was named the number one university by MSN travel in a survey conducted in 2008.

Newcastle University offers several courses in pursuit of several careers as displayed in its course handbook.

This tertiary institution accepts a wide range of qualifications offered for entry to its degrees. Hence, before candidates apply, it is necessary to check the entry requirements for any chosen degree.

Extra requirements such as work experience are peculiar to some degrees offered by the University and for those degrees, the requirements are made clear in the degree information.

All qualifications that are of a suitable academic level is required These include:

Reading this institution’s information on applying for a student visa before applying for studies is necessary.

Peradventure one does not meet the English language or academic requirements for his/her chosen degree, such applicant might be able to be brought up to the required level via taking a course run by INTO Newcastle University.

Applicants are to note that qualifications that are not listed on an individual basis would be considered and that application is welcomed from international students.

According to undergraduate tuition fees and costs, a continuous pay of a tuition fee of £9,000 for the duration of a degree program is expected of current UK/EU students who began courses in 2015 or earlier.

Tuition fee loans that are available for eligible students from the UK and EU can be taken so as to study without paying a penny upfront. The repayment of this loan can only start after eligible applicants have graduated and earned over £25,000.

Newcastle University has outstanding alumni & supporters from all works of life with noted achievements.

Just to mention but a few…

TheUniversity has a proud tradition of graduates who achieve greatness in their chosen fields. From social leaders, innovators of industry and famous faces.

25.1% of Newcastle’s undergraduates population are privately educated. Amongst Mainstream British universities, this is the thirteenth-highest proportion experienced so far.

The University of Newcastle had a domicile breakdown of 74:5:21 of UK:EU:non-EU students respectively with a female to male ratio of 51:49 in the 2016-2017 academic year.

First-year students of this tertiary institution have many catered and non-catered halls of residence available for them and it is located around the city of Newcastle.

ncl.ac.uk is the university’s domain within which every member is allocated a unique email address

There’s no restriction of services to the Windows Campus Managed Desktop as staff and students can opt to use Unix/Linux computer services.

With regards to the policy of the university email, the staff is informed of their email address at receiving their Login details and at registering at the University for Students.

In signing up for an online service that uses one’s email name for authentication,  “newcastle.ac.uk” is to be used.

This university is located in a global city and at the heart of the financial center of London, one of the command centers of the global economy. It creates value for its students, alumni, academics and business partners and aims at supporting and developing one’s career and employability. It is located at 102 Middlesex Street, London E1 7EZ, United Kingdom

Read More
The CIRI Foundation (TCF) is pleased to announce to the general public,a scholarship termed as “Kick…
IINTERNATIONAL SCHOLARSHIPS 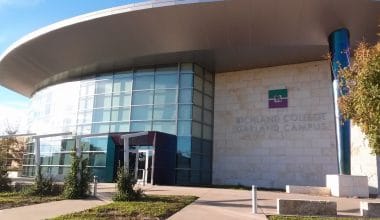 Read More
Texas USA is one of the cities in the United States that has played host to success stories of American and World Hero. Study in a Developed City Like Texas, I belt you will be dame costly. Just Attending the University of Texas alone can cost alot. What you need is the Cheapest Universities in Texas for International Students.
UUncategorized

Read More
UNDP and Lagos State Employment Trust Fund (LSETF) through the Lagos State Employability Support Project is calling on unemployed youths to hurriedly…
DISCLOSURE: This post may contain affiliate links, meaning when you click the links and make a purchase, we receive a commission.