Currently, Ohio State University (Ohio State or OSU), is a large residential, a public university established in 1870. It is located in Columbus, Ohio and was founded as a land-grant university originally known as the Ohio Agricultural and Mechanical College (Mech).

However, Ohio State University has grown into the third-largest university campus in the United States and along with its main campus in Columbus, Ohio State also operates regional campuses in Lima, Mansfield, Marion, Newark, and Wooster.

This post provides you with detailed information about Ohio State University, Admission, Courses, Tuition Fee, and rankings. You can scroll the table of content below to get an overview of all this post entails.

Ohio State University’s athletic teams commonly known as the Ohio State Buckeyes compete in Division I (Football Bowl Subdivision for football) of the NCAA and have won 100 Olympic medals (44 gold, 35 silver, and 21 bronze).

Ohio State men’s ice hockey program competes in the Big Ten Conference, while its women’s hockey program competes in the Western Collegiate Hockey Association. The Ohio State University men’s volleyball team is a member of the Midwestern Intercollegiate Volleyball Association (MIVA). OSU is among the 14 universities that play Division I FBS football and Division I ice hockey.

The Ohio State campus is a mix of traditional, modern and post-modern styles. OSU operates North America’s 18th-largest university research library with a combined collection of over 5.8 million volumes. The university also has eight branches at off-campus research facilities, regional campuses and a book storage depository near campus.

OSU is also the only public university in Ohio to which the Carnegie Foundation for the Advancement of Teaching has given both its highest overall classification of R1: Doctoral Universities – Highest Research Activity and highest undergraduate admissions classification of more selective.

The Public Ivies: America’s Flagship Public Universities (2000) listed Ohio State as one of the public universities offering the highest quality of education.

In its 2016 edition, U.S. News & World Report ranked Ohio State as the 16th-best public university in the United States and 52nd among all national universities.

The Washington Monthly college rankings in 2016 placed Ohio State 69th in the nation. Bloomberg Businessweek ranked the undergraduate business program at Ohio State’s Fisher College of Business 14th best in the nation in its 2016 rankings.

The Ohio State law school is ranked by U.S. News & World Report 34th overall in America for 2016, with its nursing school ranked 22nd, public affairs ranked 25th, and the medical school ranked 31st for research and tied for 40th for primary care; the graduate engineering program was ranked 32nd and the College of Education ranked 15th in America.

U.S. News & World Report ranked the graduate art program 18th, the ceramics program was ranked 4th, the interior program in 2nd in the nation for 2016.

In its 2008 edition of “America’s Best Architecture & Design Schools, the journal DesignIntelligence ranked the undergraduate Industrial Design program #3 nationwide, and the graduate program in Design #10 nationwide.

However, OSU was in the top ten rankings of the corporate leaders’ assessments in all regions (#4 in the south, #2 in the midwest, #7 in the east, and #4 in the west) in a poll conducted by DFC. The OSU graduate program was placed at #3 in the south and #2 in the east, resulting in 10th overall in the nation.

Interestingly, OSU is one of a select few American universities to offer multiple area studies programs under “Comprehensive National Resource Center” (“Title VI”) funding from the U.S. Department of Education.

The most notable of research centers with the status include the Center for Slavic and East European Studies, Ohio State’s Middle Eastern Studies Center and East Asian Studies Center. The university is home to the interdisciplinary Mershon Center for International Security Studies.

Ohio State University Undergraduate admissions to Ohio State have been classified as “more selective” by U.S. News & World Report and The Princeton Review and are the most selective for any public university in Ohio.

Ohio State’s freshman class has included at least 100 National Merit Scholars for nine of the last ten years. In addition to being named Best in the Midwest selection by The Princeton Review, Ohio State is the only public university in Ohio to make their list of America’s 150 Best Value Colleges.

Although Ohio State University is not among the Universities in USA that you can study free, its tuition fees are quite affordable. The Estimated Ohio State University Tuition Fees for incoming students (Freshmen and Transfer students) in the 2022 academic year (two semesters of full-time enrollment) is $10,726 for Ohio residents and $30,742 for non-residents.

Ohio State University engages its students in sports activities. Ohio State’s intercollegiate sports teams are called the “Buckeyes” (derived from the state tree, the Ohio Buckeye, Aesculus glabra) and participate in the NCAA’s Division I in all sports (Division I FBS in football) and the Big Ten Conference in most sports. (The women’s hockey program competes in the Western Collegiate Hockey Association).

The school colors are scarlet and gray, the Ohio State currently has 36 varsity teams. Ohio State is one of six universities to have won national championships in all three major men’s sports (baseball, men’s basketball, and football).

The Ohio State equestrian team has won eight Intercollegiate Horse Show Association national championships. Ohio State has finished in the top 25 since the inception of the Athletic Director’s Cup, including top 6 finishes in three of the last five years.

In 2009, 17 Ohio State faculty were elected as AAAS Fellows. Since 2002, Ohio State has either led or been second among all American universities in the number of their faculty elected as fellows to the AAAS.

In a recent study carried out by Harvard University’s Graduate School of Education, Ohio State University was one of five universities rated as “exemplary” workplaces for junior faculty.

35 Ohio State faculty members have received the prestigious Guggenheim Fellowship, placing Ohio State among the top 15 universities in the nation.

Larry Sanger, co-founders of Wikipedia, and Steve May, Chief Technology Officer at Pixar, both graduated from Ohio State University.

The Ohio State alumni are enshrined in the Baseball Hall of Fame in Cooperstown, New York, the NFL Hall of Fame and the Basketball Hall of Fame. OSU athletes have won a total of eighty-three Olympic medals and three times received the Sullivan Award as the nation’s top amateur athlete.

Twice, Ohio State alumni have appeared on the cover of Sports Illustrated as its Sportsman of the Year. The artwork of alumnus Roy Lichtenstein featured on an additional two TIME covers. George Steinbrenner, the former owner of the New York Yankees who won seven World Series with the team, earned his master’s degree from Ohio State.

Below are the Major Ohio State University Courses:

We are poised to give to the best Information. This information is based on the 2022/2023 Academic year. We’ll keep you posted with the Latest Happenings. in Ohio State University.

If you have any question, and contributions. Carefully use the comment box. we’ll reply to you ASAP.

Does this article meet your immediate needs? if yes, Leave us with a 5-star rating in the Review Box below. if no, leave a response on the comment box to express your concern or ask a question and we will get back to you as soon as possible.
Regards,
World Scholarship Forum 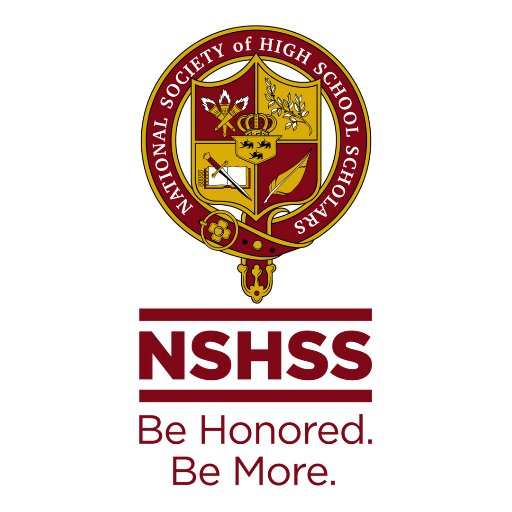 Read More
The AU Emerging Global Leader Scholarship promotes educational access and opportunity while enhancing international diversity. Bringing together the…
DISCLOSURE: This post may contain affiliate links, meaning when you click the links and make a purchase, we receive a commission.