Before we get it underway, we are going to give you a brief history of the prestigious Purdue University.

There are 13 academic colleges and schools offering more than 200 different undergraduate majors, 70 postgraduate programs and vocational degrees. The very first PhD presented by the university in 1897 was in agriculture, in line with the college’s long tradition in agricultural science and engineering. No Bachelor of Arts degree offered until 1959.

Even today, the engineering program is still the most reputed and competitive, and the university has been influential in the history of aviation in the United States over the years.

The very first college credit in flight training and the first four-year bachelor program in aviation were offered by Purdue. Sometime in 1934 Purdue University Airport was established as the first university-owned airport in the country.

A total of four Purdue scientists have won Nobel Prizes while at the university: Herbert C. Brown (Chemistry in 1979), Ei-ichi Negishi for Chemistry in 2010 and Otto Doering together with Kevin Gurney for Climate Change research in 2007.

Of the public universities in the United States, Purdue enrolled the most international students as of 2014. Twenty-two percent of the student population is international; from over 126 different countries.

On-campus, the only building still standing from the original six buildings is University Hall which was built in 1871, then known as the Main Building. John Purdue, the sponsor of the university, was buried directly across from its main entrance.

The Purdue University Acceptance Rate is 56%. From last year, 27,427 out of 49,007 applicants were admitted making Purdue a more competitive school to get into with a good chance of acceptance for qualifying applicants.

Academically, it has very high requirements for admission test scores, in most cases admitting students who score in the top 28 percent.

Purdue University-Main Campus usually accepts and attracts “A-” average high school students. Only 27% of those admitted choose to register in the school.

Purdue University-Main Campus usually requires applicants to be in the top 34 percent of SAT test-takers. The University consistently takes SAT composite scores down to 1140 on an 1600 scale, below which admission should be considered a reach.

From our estimate, some students could be accepted with SAT’s as low as 1020.

The approximated average SAT composite for admitted freshmen is 1260 out of 1600. A competitive SAT score is critical as 66% of applicants submit SAT scores to the school.

From our estimate, the school accepts minimum ACT composite scores around 22 in some instances.

Future students submitting an ACT composite of 28 or higher should be in the upper half of applicants – and students with a 31 and above have very competitive chances. 59% of applicants submit ACT scores to Purdue University-Main Campus.

Below are the courses offered at Purdue University

The list below are the majors at Purdue University

Purdue University’s campus is situated in the small city of West Lafayette, near the western bank of the Wabash River, across which sits the larger city of Lafayette.

A State Street, which is concurrent with State Road 26, divides the northern and southern portions of campus.

Most academic buildings are concentrated on the eastern and southern parts of campus, with residence halls and intramural fields to the west, and athletic facilities to the north.

Krannert and Rawls Hall make provision for state of the art learning facilities to the majority of business classes on campus. Rawls Hall was built in 2006 with the help of a $10 million gift from Jerry S. Rawls, the largest in the management school’s history.

Lyles Porter Hall houses interdisciplinary healthcare facilities and classroom space within the College of Health and Human Sciences as well as the School of Medicine.

The features of the building include; a nursing clinic, specialized preschool, exercise center, consultation space and demonstration kitchen for dietitians in training, clinical psychology facility, audiology and speech-language pathology clinics, cadaver laboratory for physicians during training, and research laboratories.

Purdue University Airport, which was officially established in 1930 was the first of its kind and remains one of only a few university-owned airports in the nation.

Including the Niswonger Aviation Technology Building, which was allocated in 2009, the facility symbolizes Purdue’s storied relationship with aviation.

The western part of the University campus consists of student housing, dining, and recreation facilities.

Students can participate in club and intramural sports at the Córdova Recreational Sports Center, the Boilermaker Aquatic Center, and the intramural playing fields in this area.

As a replacement for the former separate women’s and men’s gymnasiums, it was originally called the “Co-recreational Gymnasium”.

Despite several expansions and official name changes, it has been nicknamed as “the Co-rec” ever since.

The total cost of attending Purdue University varies depending on factors such as where a student chooses to live, travel expenses, food costs, enrollment in a specific program or college/school, etc.

Below are the estimated costs of Purdue University Tuition fee for the 2020 academic year (two semesters of full-time enrollment). Part-time students can find the costs by credit hour on the Bursar website.

Purdue University alumni have achieved recognition in a range of areas, particularly in the science, engineering, and aviation industries. The university’s alumni pool holds over 15,000 United States patents.

Neil Armstrong, the first to walk on the moon, as well as Eugene Cernan, the last astronaut to do so. About one-third of all of NASA’s manned space missions have had at least one Purdue graduate as a crew member.

Indian chemist CNR Rao, who has been awarded the Bharat Ratna, the highest civilian award in India; physical organic chemist and advocate for women and minorities in science Nina Roscher,

who received the ACS Award for Encouraging Women into Careers in the Chemical Sciences (1996) and the Presidential Award for Excellence in Science, Mathematics, and Engineering Mentoring (1998); and Professor Reuben J. Olembo, a geneticist and environmentalist who went on to become the Deputy Executive Director of UNEP and a UN Assistant Secretary-General, and who was recognized by Purdue in 1994 with a Distinguished Alumni Award for Agriculture.

In 2010, Bloomberg also revealed Purdue University was one of the universities in America with the most undergraduate alumni serving as chief executive officers of S&P 500 firms.

The Dauch Alumni Center acts as a showcase for the university’s alumni. The 67,000-square-foot (6,200 m2) houses the offices of the Purdue Alumni Association and University Development.

It is a destination and gathering area for the Purdue University Alumni Association’s 69,000 members and more than 410,000 living alumni.

Online associate degrees are offered in a little number of areas including veterinary technology. 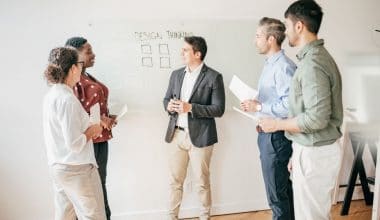 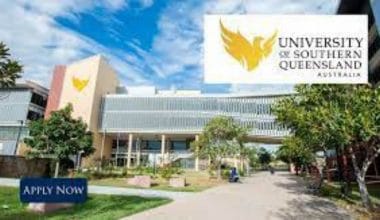 Read More
The University of Southern Queensland International Online Study Bursary is a scholarship program offering bury/support to new international…
DISCLOSURE: This post may contain affiliate links, meaning when you click the links and make a purchase, we receive a commission.