Technical University of Munich (TUM) transcribed as Technische Universität München (German) is a famous and renowned research university in Germany, Europe founded in 1868 by King Ludwig II who was the king of bravia.  The university has more than 400 buildings across three campuses in the state of Bavaria: Munich, Garching, and Weihenstephan. The institution is spilt into 13 departments, and also has an Olympic park and university hospitals.

In 2002, it opened a campus in Singapore called the German Institute of Science and Technology – TUM Asia. It includes master’s degrees and training programs for professionals.

In 2006, the university launched a new institutional strategy, positioning itself as “The Entrepreneurial University”. More than 800 start-ups have been developed by students and staff at the institution.

Germany is a sovereign state in central–western Europe. It includes 16 constituent states, covers an area of 397,021 square kilometers (153,291 sq mi), and has a largely temperate seasonal climate with nearly 83 million inhabitants. Germany is the most populous member state of the European Union. Germany’s capital and largest metropolis is Berlin.

TUM is a member of TU9, an incorporated society of the largest and most notable German institutes of technology. The university is ranked the 4th position overall in Reuters 2017 European Most Innovative University Ranking.

The motto of the school Die unternehmerische Universität translated to English as “The Entrepreneurial University” is evident in the results. Over its years of existence, it has yielded several academic affiliations which include ATHENS CEASAR, EAIE, EURO TECH etc. In 2006, TUM was recognized as one of three successful universities in Germany’s excellence initiative. In 2009, TUM School of Education was established and in 2012 again, it became one of the 11 successful universities in Germany’s excellence initiative.

In its capacity as an academic stronghold of technology and science, the Technical University of Munich has played a vital role in Bavaria’s transition from an agricultural state to an industrial state and Hi-Tech centre.  To this present day, it is still the only state university dedicated to technology.

TUM amongst World University rankings 2018 is 41

Over years the Technical University of Munich have risen in world ranking.

Amazingly, tuition Fee in TUM is free.  This is as a result of a decision reached on 24 April 2013 by the Bayerische Landtag to eliminate the university’s tuition fees. As of winter semester 2013/2014, students were required to pay only the student union and basic semester ticket fees in the amount of 129.40 Euro (from summer semester 2018).

Whether you are commencing or continuing your studies at the TUM, you must pay your semester fees in the amount of 129.40 Euros within the designated period before the start of each semester.

For the First time enrolment:

Students must endeavor to pay their semester fees in full as soon as possible after notification of admission. Only after your student fees have been paid in full that you’re officially enrolled as a regular student at TUM. Once you are officially enrolled, you will be able to print your student documents (enrollment verification and enrollment record) or register for courses and exams.

If you have not paid your semester fees within the time frame stipulated, your enrollment at the university will be terminated automatically. Only after your semester fees have been paid in full will you be able to print your student documents (enrollment verification and student progress certificate) or register for courses and exams.

A variety of foundations offer grants to students at all levels of study and eligibility is not limited to students with outstanding marks.

Who is Qualified? Currently-enrolled undergraduates and graduates with non-German university entrance certificates.

Who is qualified?  Currently enrolled undergraduates and graduates with university entrance certificates from Germany or abroad.

Scholarship Worth: €300 per month
Qualification Requirements: Primary criteria are academic achievement and aptitude. Social engagement, a sense of responsibility and special circumstances such as physical handicaps or a minority status (immigrant background) are also taken into consideration.

Who Is Qualified?  Currently-enrolled undergraduates and graduates with university entrance certificates from Germany or abroad.
Scholarship Amount: (single scholarships and financial aid for travel) one-time scholarship between €150 and €450
Qualification Requirements: Students demonstrating financial need, who have completed at least four semesters at the TUM

Who is qualified?  Undergraduate and graduate students of the School of Mechanical Engineering (in the field of thermal engineering) with university entrance certificates from Germany or abroad

Scholarship Amount: up to €550 per month

Travel cost support is available from the International Center for academic activities in developing countries.

With this grant, the Technical University of Munich (TUM) wishes to provide its students and employees with an opportunity to perform academic activities in developing countries (according to DAC list) and to make both new contacts and to strengthen already existing contacts and projects.

Employees and/or full-time students at TUM are eligible for funding. For each trip, up to three persons can be sponsored by these funds. Students must have a strong recommendation from the university department chair to carry out the trip to the developing country.

TUM employees may not receive any additional financial funding and may not claim the travel cost from TUM or from any other institution.

The maximum is 1,000.00 Euros of the travel costs actually incurred (normally flight costs) per person and application. Costs of visa, rental cars, accommodation and costs of the stay will not be assumed.

Who Is Qualified? Doctoral and Post-doctoral candidates

Scholarship Amount: up to €1,500 for conference participation and up to €5,000 for research projects.

Qualification Requirements: Applicants are chosen based on academic performance.

Several inventors with specialization in natural sciences, have studied at the institution. This includes Carl von Linde, who invented the refrigerator; and Rudolf Diesel, who conceived the diesel engine.

In addition, 13 of the university’s professors or alumni have been made Nobel laureates since 1927. The most recent recipients include Gerhard Ertl, a former lecturer at the institution who won the Nobel Prize in Chemistry in 2007, and alumnus Wolfgang Ketterle, who won the Nobel Prize in Physics in 2001. In 2014, 165 inventions were made by scientists at the university; while in 2015, 69 patents were submitted.

The institution is also a home to five Humboldt professors – academics who are internationally recognized in their field. Moreso,18 Leibniz prizes have been awarded to its scientists since 1987.

Other notable alumni are:

Heinrich Luitpold Himmler was Reichsführer of the Schutzstaffel, a military commander, and a leading member of the Nazi Party of Nazi Germany. Nazi leader Adolf Hitler later appointed him as Commander of the Replacement Army and General Plenipotentiary for the administration of the entire Third Reich. Himmler was one of the most powerful men in Nazi Germany and directly responsible for the Holocaust.

An Entrepreneur, Inventor, and Mechanical engineer famous for the invention of the diesel engine. Diesel was the subject of the 1942 film Diesel.

Heinrich Rudolf Hertz was a German physicist who first conclusively proved the existence of electromagnetic waves theorized by James Clerk Maxwell’s electromagnetic theory of light. Hertz proved the theory of engineering instruments to transmit and receive radio pulses using experimental procedures that ruled out all other known wireless phenomena.

Walter Kaufamann was also a German physicist. He is best known for the first experimental proof of the velocity dependence of mass, which was an important contribution to the development of modern physics, including special relativity.

In terms of applying to TUM, international refers to the country where you have completed your secondary school or your undergraduate studies. It does not refer to your country of origin or the place you live.

As an international applicant, you have to be aware of your eligibility.

Check your qualification for university studies in Germany

Not every secondary school diploma directly qualifies you to study at a German university. A first assessment of your qualification is possible via

The admission database of the German academic exchange service

RELATED:  15 Scholarships for Pakistani students to study in Germany 2022

the information system on recognition of foreign qualifications (anabin) – available in German only (these can be found on the school’s website).

If you are qualified for university studies in Germany, then you can apply for a bachelor’s degree program at TUM.

If you are not qualified for university studies in Germany, then you cannot apply for a bachelor’s directly. Nevertheless, you have other options to qualify for a degree program – for example via Studienkolleg (preparatory study).

Check your qualification for graduate studies in Germany

To qualify for a master’s degree program, you need first an academic degree, e.g. a bachelor’s. The exact requirements for every degree program are stated in the Academic and Examination Regulations.

Regardless of the program you are interested in, you need an undergraduate degree which is at least equal to a German bachelor’s degree with duration of 3 years (6 semesters) to be eligible to apply for a master’s program.

You can look up your degree in the anabin database (note that this is available in German only) to get a first orientation whether you are generally qualified for a master’s degree program in Germany.

Some required steps necessary while applying to study in TUM includes.

There are 14 departments that forms the academic basis of TUM. They represent a portfolio of subjects focusing on natural sciences, engineering sciences, life and food sciences and medicine that is virtually unraveled. Technology-oriented business management and the TUM School of Education complete these focus areas.

Virtually all areas of our lives ranging from automotive engineering to medicine and from telecommunications to satellite navigation; components, systems, methods of electrical engineering and information technology are used. The Electrical Engineering and Information Technology takes this broad range of topics within its research areas. The focus of the research is on Centers of Competence, in which professors and teams of different orientation jointly research current scientific and technical tasks. For this purpose, the following Centers of Competence have been set up:

The TUM department of Electrical and Computer engineering welcomes International students from the world. About 600 new students come from abroad for undergraduate and graduate studies, for student exchange, and for various forms of projects. Together with its programs in Singapore about 40% of the department’s students have an international background.

Opportunities for students proficient in English

If you hold one of the accepted proofs of English proficiency, your choice is between one of the specialized graduate programs either at TUM’s home campus or at our TUM Asia branch campus. Undergraduate programs in English are also offered by TUM Asia.

While full time programs require either a German or English proficiency certificate, TUM offers building blocks to integrate into your education, either as exchange students, for internships or summer schools.

In case you already hold a Master or equivalent degree, you might be interested in pursuing a PhD in one of the department’s exciting research areas.

Read More
Applications are inviited for Lamudi Philippines Undergraduate Scholarship Programme. The scholarship is awarded for one semester to one…
IINTERNATIONAL SCHOLARSHIPS

Read More
Offers are up for the NMRC Fellowship. This award is available for talented clinicians, health science professionals from…
SStudy in China 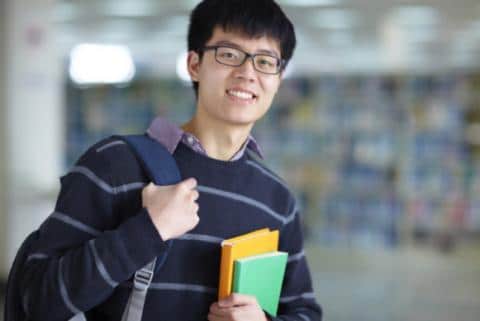 Read More
Many international students want to study in China for various reasons. First, there are many high-ranked cheapest universities…
IINTERNATIONAL SCHOLARSHIPS

Read More
City University London is proud to call for applications from interested applicants for a…
DISCLOSURE: This post may contain affiliate links, meaning when you click the links and make a purchase, we receive a commission.