If you’re looking at studying in South Africa, consider these top 10 universities in South Africa review. However, the choice of South Africa as a study destination is one of the best choices a student will ever make.

South Africa can boast of housing the best higher educational institutions and facilities in the world.

It’s impossible to mention South Africa without acknowledging the role apartheid has played in shaping the cultural and political landscape of today. However, through the hard work and persistence of international icons, such as Nelson Mandela, South Africa has come together to become the “Rainbow Nation” it is today.

International students will be amazed at the ways in which cultural diversity has combined to create a new national narrative as they traverse any one of South Africa’s many popular student destinations.

Today, South Africa is a parliamentary republic with three capitals, Pretoria, Bloemfontein, and Cape Town, each with its own political responsibility. Additionally, South Africa lays claim to being Africa’s second-largest economy, making it an attractive location for international business and trade.

This ranking is purely based on Web metrics (Not Academic) which uses certain parameters including online presence and authority, availability of research online to rank the best universities in Africa and across the world. It is normal for some academically sound universities to lag behind using this parameter however, the aim is to facilitate the web presence, research, and publishing of universities overall.

The University of South Africa (UNISA) is the largest university in Africa attracting one-third of all higher education students in entire South Africa with a student headcount of over 300,000 students, including African and international students in 130 countries worldwide, making it one of the world’s mega universities.

The North-West University offers students an exceptionally rich range of study choices at both undergraduate and postgraduate levels which span the spectrum of academic disciplines, from agriculture and the arts through to commerce, engineering, education, health, law, the natural sciences, and theology.

8. University of the Western Cape

Located in the Bellville suburb of Cape Town, South Africa. The University of the Western Cape was established in 1960 by the South African government as a university for Coloured people only. Among academic higher institutions, it has been in the vanguard of South Africa’s historic change, playing a distinctive academic role in helping to build an equitable and dynamic nation.

University of the Western Cape’s key concerns with access, equity and quality in higher education arise from extensive practical engagement in helping the historically marginalized participate fully in the life of the nation.

Rhodes University is a 104-year old South African institution with a well-established reputation for academic excellence. Located in Grahamstown in the Eastern Cape province of South Africa, Rhodes is a small university which enjoys the distinction of having among the best undergraduate pass and graduation rates in South Africa, outstanding postgraduate success rates, and the best research output per academic staff member.

This is a testimony to the quality of students that Rhodes attracts and of academic provision, and to the commitment of Rhodes staff to student development and success.

SEE ALSO: Study in South Africa : How to Apply for Admission And Tuition Fees For Various Universities

The University of KwaZulu Natal University ranks number 686 in the world and is one of the top universities in South Africa.

MUST READ: 15 Best Courses To Study In South Africa

The university provides the ideal ground for interdisciplinary research and the university has more than 90 rated researchers.

The University fosters ideas that are rooted in African epistemology, but also addresses the needs of South African society and the African continent as it is committed to contributing to sustainable growth and development.

Stellenbosch University is the number 1 university in South Africa and occupies the 400th position in the world in academic excellence, research, innovation, and study environment. It takes pride in the fact that it has one of the country’s highest proportions of postgraduate students of which almost ten percent are international students.

The University lies in the picturesque Jonkershoek Valley in the heart of the Western Cape Winelands. The earliest roots of the University can be traced back to the 17th century when a beginning was made with regular school instruction.

The University of Pretoria started its activities in 1908 with a staff of only four professors and three lecturers. Thirty-two students enrolled for courses at the first campus, Kya Rosa, a house in the center of the Pretoria.

The institution has proven its worth over the years by maintaining a high standard and world-class talents.

2.  University of the Witwatersrand

The University of the Witwatersrand has a reputation built on research and academic excellence.

The University of Witwatersrand is located in Johannesburg, a world-class city, with countless opportunities for students and staff to engage with and present solutions.

The University of the Witwatersrand is one of Africa’s premier research universities that strive to be innovative, where boundaries of knowledge are pushed and where the focus is on sustaining globally competitive standards of excellence in learning, teaching, and research.

The University of Cape Town is ranked number 456 among the best universities in the world. UCT was founded in 1829 and has a proud tradition of academic excellence and effecting social change and development through its pioneering scholarship, faculty, and students.

It is also renowned for its striking beauty, with its campus located at the foot of Table Mountain’s Devil’s Peak, with panoramic views of much of Cape Town.

UCT aspires to become a premier academic meeting point between South Africa, the rest of Africa and the world.

Taking advantage of expanding global networks and a distinct vantage point in Africa, University of Cape Town is committed, through innovative research and scholarship, to grapple with the key issues of our natural and social worlds. 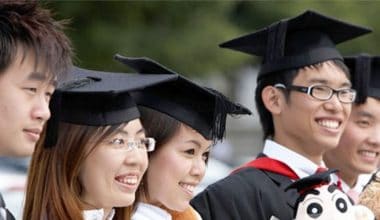 Read More
Koreans are well respected in engineering and science. They wish to improve themselves by going abroad to learn…
IINTERNATIONAL SCHOLARSHIPS 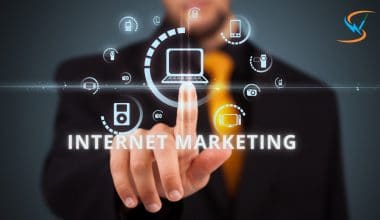 Read More
Entries for the ReviewVote Internet Marketing Scholarship Program are currently being accepted. The scholarship is exclusively open to…
UUncategorized
Are you a graduate who seeks to obtain first hand experience with a paid internship program?then this program…
IINTERNATIONAL SCHOLARSHIPS

Read More
The Alltech Young Scientist (AYS) Competiton is now open. Students from all nationals are welcome to apply. They…
IINTERNATIONAL SCHOLARSHIPS 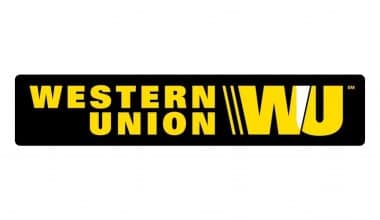 Read More
Applications are open to the Western Union Foundation Global Scholarship Program 2022. The Western Union Foundation Scholarship Program,…
UUndergraduate Scholarships
The University of Central Lancashire is inviting applications for availability of three scholarships to students in India commencing…
DISCLOSURE: This post may contain affiliate links, meaning when you click the links and make a purchase, we receive a commission.