The University of Minnesota—Twin Cities (often referred to as Minnesota, or simply UMN) is a public research university with locations in the cities of Minneapolis and Saint Paul, Minnesota, hence the name “twin cities”.

The Minneapolis campus is however considered the main campus of the university and is located on 100 Church Street SE, Minneapolis, Minnesota.

The University of Minnesota is one of the most comprehensive public universities in the United States and ranks among the most prestigious.

About The University of Minnesota

Founded in 1851, UMN is a member of the Association of American Universities and one of America’s Public Ivy universities, referring to American public universities that are able to compete with the Private Ivy League schools in academic rigor and excellence.

The University of Minnesota has the sixth-largest main campus student body in the United States, with 51,848 students in 2020.

It has more than 600 student organizations which include a large Greek system with more than 30 fraternities and sororities.

Minnesota has very high research standards and is widely recognized for innovation in research. The Carnegie Classification of Institutions of Higher Education categorizes the university as Doctoral University with Highest Research Activity (R1).

The contributions to innovation by students and faculty over the years have ranged from food science and health technologies to Information and engineering technologies; such as in the inventions and reinventions of an Infusion pump, Photosynthesis, Supercomputer, Taconite, Cosmic ray, Bone marrow transplant, Atomic bomb, synthetic rubber, and many others.

The University of Minnesota Athletic teams are known as the Golden Gophers. The Gophers compete in the NCAA Division I Big Ten Conference and play all their home games in the Minneapolis campus’s Stadium Village neighborhood while being cheered on by the school mascot Goldy Gopher.

The University of Minnesota has produced 29 Nobel Prize winners and three Pulitzer Prize winners. Also produced by the university includes prominent people in American history such as the 38th and 42nd Vice Presidents of the United States, Hubert Humphrey, and Walter Mondale.

Some other notable people include Norman Borlaug; Nick Clegg, Deputy Prime Minister of the United Kingdom; and Bob Dylan, Winner of the 2016 Nobel Prize in Literature.

The University of Minnesota is among the top Universities in the United States and is also regarded as one of the highly-rated higher education institutions in the world.

It is regarded as the 54th best higher education institution in the US by the Washington Monthly Report and as the 29th best by Times/WSJ.

It also comes in at number 69 among the nation’s Top 100 tertiary institutions according to the US news and world report while the Academic Ranking of World’s Universities (ARWU) ranks it among the Top 30 schools in the US, coming in at #24.

From a global perspective, Times/WSJ ranks UMN as #46 in its list of world’s top schools. Prominent World University Rankings Publisher, Quacquarelli Symonds (QS) ranks it as the world’s number 163 university.

UMN is ranked 14th overall among America’s top research universities by the Center for Measuring University Performance, with $881 million in research and development expenditures a few years ago.

Minnesota has a total student population of 51,848 students with a total undergraduate enrollment of 31,535 students, 12,614 post-graduate students, and 3,508 doctoral students, making it one of the largest higher education institution in the United States.

UMN has been described as a more selective institution with an acceptance rate of 45 percent. The SAT range of students offered admission into the university is 1180-1450 and the ACT range is 26-31.

UMN, however, provides Free Tuition after 13 Credits for its students in a bid to cut the costs down so those students can graduate in 4 years. Students at Minnesota typically take 15-16 credits each semester.

Many students at the University of Minnesota also receive financial aid, including academic scholarships, grants, student employment, and loans. The average cost of tuition and fees drops to $17K after aid.

When applying to the University of Minnesota–Twin Cities, it’s important to note the application deadline is rolling; meaning it has a large application window for students and the college responds to applicants as the applications come in.

The application fee at UMN is $55. Scores for either the ACT or SAT test are due Dec. 15. Information about the school’s admission, the application process, and financial aid can be found on its official website.

With a GPA of 3.71 from the University of Minnesota at Twin Cities, you must do above average in your high school class. You need a mix of A and B with a bias towards A.

Having taken AP or IB courses will help increase your weighted GPA and demonstrate your ability to take college courses.

If you’re a junior or senior, it’s difficult to change your GPA from that point on. If your GPA is at or below the school average of 3.71, you’ll need a higher ACT score to compensate and show you’re ready to take on college academics. This will help you compete effectively with other applicants.

The University of Minnesota – Twin Cities has two major campuses in the Minnesota Cities of Minneapolis and St. Paul which are approximately 3 miles (4.8 km) apart as well as sister campuses at Crookston, Duluth, and Morris. All of these campuses are accredited by the Higher Learning Commission (HLC).

The Mississippi River divides the University’s Main Minneapolis Campus into an East and West Bank, with the buildings on both banks of the river.

The East Bank is the main portion of the campus and it is divided into the Knoll area, the Mall area, the Health area, the Athletic area, and the Gateway area.

The West Bank is home to the UMN Law School, the Humphrey School of Public Affairs, the Carlson School of Management, the performing arts center and various social science buildings.

Freshmen are not required to live on campus, but the more than 80 percent who choose to do so can opt to live in traditional residence halls such as the 17th Avenue Hall, Centennial Hall, Frontier Hall, Territorial Hall, Pioneer Hall, Sanford Hall, Middlebrook hall, and Comstock Hall.

UMN Law School has a reputation of being consistently mentioned among the best law schools in the United States.

It was most recently ranked the 20th Best Law School in the nation by the U.S. News & World Report. Admission to law school is highly selective. The average high school GPA for the class of 2020 is 3.76 and an LSAT score above 164.

The Law School at the University of Minnesota–Twin Cities has an application deadline of July 15. For full-time programs, the application fee at the Law School is $60. Its full-time tuition is In-State $44,066 and Out-State $52,586.

Though more than 95 percent of the students receive financial aid such as scholarships and grants ranging from $5000 to full tuition awarded at the time of their admission.

More information about the University of Minnesota Law School can be found below.

Created in 1997, The UMN Medical Center has centered on both of the East and West Bank of the Minneapolis Campus in Minnesota and is owned and operated by the Fairview Health Services.

The world’s first open-heart surgery and the first bone marrow transplant were done at the UMN Medical Center and other areas of specialization include neurosciences, pediatrics, and behavioral illnesses.

Read More
Entries for the 2017 MIT/MasterCard Foundation Zambezi Prize For African Entrepreneurs are been accepted, hurry and make your entry…
IINTERNATIONAL SCHOLARSHIPS 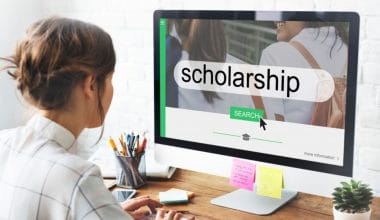 Read More
In other to provide a subsidized cost of attendance, Syracuse University offers merit-based scholarships and provides steps to…
IINTERNATIONAL SCHOLARSHIPS

Read More
Saint James School of Medicine (SJSM) is delighted to invite applications for the SJSM Full Tuition Academic Scholarship,…
DISCLOSURE: This post may contain affiliate links, meaning when you click the links and make a purchase, we receive a commission.