There are lots of messenger or chatting apps out there, but not many of these apps are like Kik. While some obviously have better features than Kik, Kik is better than some – in terms of privacy and security.

In May 2016, Kik Messenger announced that it had approximately 300 million registered users, and was used by approximately 40% of United States teenagers.

While this number has drastically reduced now, Kik still remains one of the best messenger apps out there.

Therefore, we’d be taking a look at some other apps like Kik.

About The Kik Messenger App

The app is commonly called Kik. And it’s a freeware instant messaging mobile app from the Canadian company interactive.

The Kik app is available free of charge on iOS and Android operating systems. Kik is known for its feature of preserving users’ anonymity. Such as allowing users to register without the need to provide a telephone number or valid email address.

Nonetheless, the application does not employ end-end encryption. This means they can log users’ IP addresses,  which could be used to determine the user’s ISP and approximate location.

What this means is that if need be your phone can be accessed and information from it can be surrendered. This can happen at the request of law enforcement organizations.

How To Hide Apps On Android | Simple features and Guide

Kiki like most messenger apps has everything you need to chat with friends family and colleagues. Emojis, GIFS, and text are features you can find on Kik.

Kik’s bots can do lots of different things – chat, play games, give advice, provide news, or even fashion tips. They’re built for being social. You can add a bot to your group chat and play games with your pals.

With unique codes from Kik, you can easily connect with the world. If someone scans your code, a chat opens and they can immediately message you.

Kik is more than just an anonymous chat app. It’s a place for everyone to be themselves and feel comfortable. Kik partners with lots of safety organizations to provide the highest standards of safety for teens as well as adults.

A simple and easy-to-use interface

Kik has recently updated its interface, which has made it more user-friendly and easy to use. Kik helps you to share your feelings and moments via messages.

Below is a list of some of the Kik alternative messenger apps:

The messenger app isn’t as popular as most apps in the US but is very popular in a lot of countries of the world. WhatsApp is a very easy to use robust messenger platform with virtually all the features you can think of.

WhatsApp has a clean and instinctive interface allows users to navigate easily.

Messenger, as it’s popularly called is another brainchild of Facebook, and has met wild acceptance in the social media messenger-apps sphere. This could be due to its affiliation and integration with Facebook. With over a billion users, it’s not unusual that the Messenger app is very popular.

For those who may not like the Facebook app, you can also use the messenger app, however, you would need a profile to be able to connect, after which you can uninstall the Facebook app.

Messenger has almost all the features you can think of, messaging, video calls, voice notes, and games. It also has a “Stories” feature just like Snapchat.

So, if you’re looking for apps like Kik, messenger got you covered.

Viber is another app like Kik and has been around for a very long while. However, its interface is very different from that of Kik. This said, Viber shares lots of other similarities in features that Kik users will enjoy.

RELATED:  10 Most Expensive Zip codes In The US

The Line previously was an Asian thing as it was very popular in China and some other Asian nations. Today, however, it has become much more popular and is used in a lot of countries in the world.

Line gives users free voice and video calls and has a group chat feature that allows up to 200 members.

Line has a desktop client and this allows you connect to friends without a phone anywhere.

WeChat is probably the biggest deal in China when it comes to messenger apps. Nonetheless, it has not had a quarter of the success it has in China all over the world.

WeChat is so huge in China that they no longer use emails and SMS as before. There are whispers that this has a political undertone to it, but hey what do we know?

The difference between WeChat and Kik isn’t so much. But the most prominent feature they share in common is that you can connect and chat with new people. This makes WeChat a strong alternative for Kik.

11 Get Paid to Text Opportunities Online in 2022

Snapchat was started as a chat app but has since evolved into something bigger. Now you can send short videos, live video chatting, create bitmoji avatars, and share your daily stories.

Now the app has lots of AR-powered filters and adds text features. Snapchat brings chatting to the next level.

Hangouts is a quick and safe way to keep in touch with friends as well as your work buddies. You can share photos, send emojis, stickers, make voice and video calls, etc. Also, the Hangouts app allows you to start a hangout, a group video call.

The platform is owned by Google and used by millions of people all over the globe. Hangout is a very good alternative for Kik and it has a better ranking than the Kik app.

This app is gaining lots of traction and this is all thanks to its unique platform that makes it more than just a run-of-the-mill messaging app.

You can post status updates and see other’s people’s own in Tango. Additionally, you can chat or connect with new people.

Tango also has some big online brands on discount, this keeps way ahead of Kik. Thus, if you enjoy shopping online, Tango is definitely made for you.

This platform may not be as popular as the others we’ve talked about here, but it’s probably the best alternative to Kik.

Telegram was started in 2013 and has since amassed over 200 million monthly users.

Like WhatsApp, Telegram has end-to-end encryption. This means your data and private conversations can’t be accessed by a third party.

Another app like Kik is MeWe. The platform is in competition with the big guys’ Facebook and Insta, though with a smaller user percentage.

But MeWe is miles ahead of them if you’re looking for a platform that won’t send an avalanche of ads your way every day.

With MeWe, you don’t have to worry about Censorship and this works both ways. What this means is that you also control the content you view.

MeWe is another good alternative to Kik. The only downside is that you have to pay for subscriptions. Meanwhile, it offers a free trial if you just want to test the waters.

We’ve looked at many Kik alternatives that you can consider if you’re no longer interested in Kik. While some give you exactly what you’d see on Kik, others are better. What’s important is to choose the app that best suits your needs. 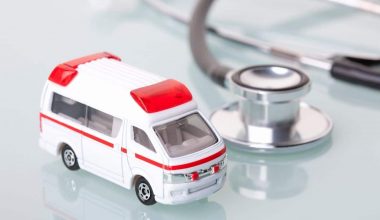 Read More
TTips
Long-distance medical transport costs are determined by a number of factors, including the patient’s mental and physical health,… 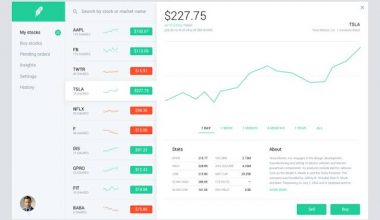 Read More
TTips
When looking for a cryptocurrency trading account, that pays well, Robinhood comes to heart, but there are many… 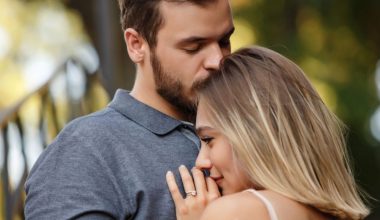 Read More
TTips
Everything and everyone is subject to change. That’s the rule of life. Nobody has the best qualities. We… 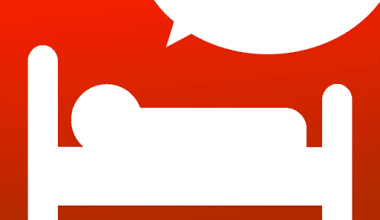 Read More
TTips
It’s amusing to talk in your sleep. Perhaps you converse with unseen associates at the stroke of midnight.…

Read More
TTips
Taxes can eat into your annual earnings. To counter this, tax planning is a legitimate way of reducing…