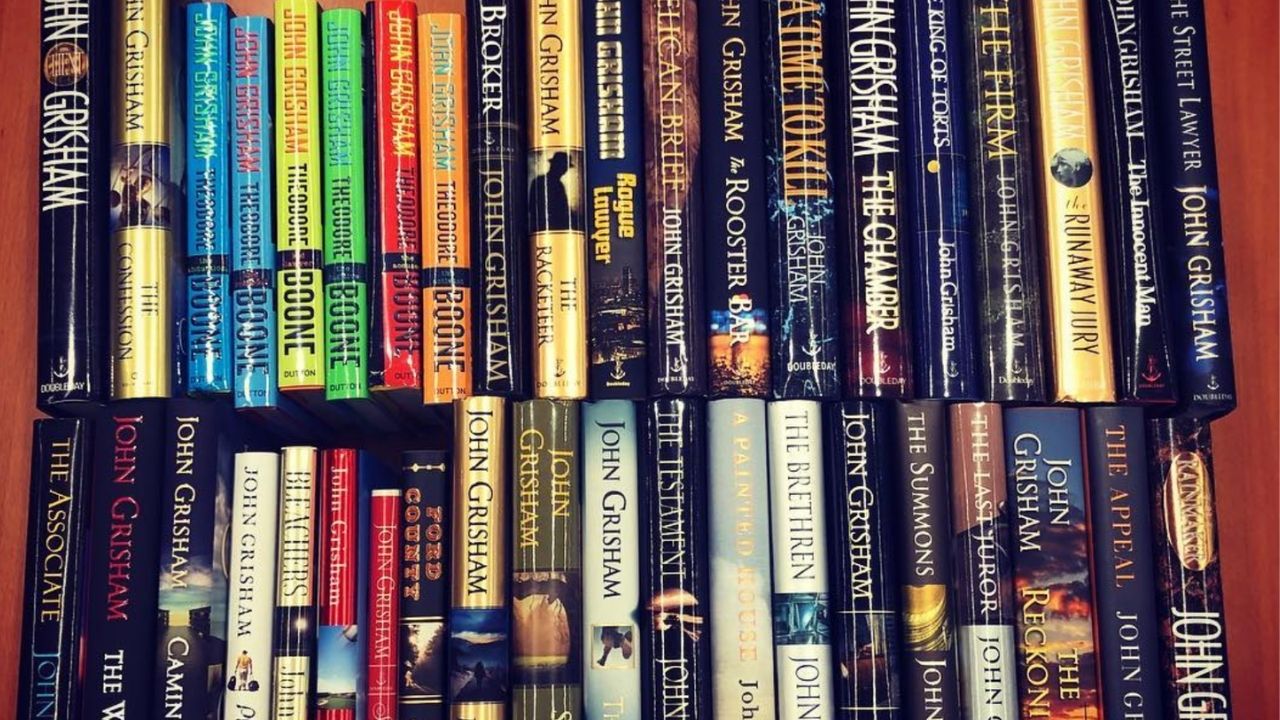 Searching for recommendations? Are you a lover of crime novels?
Well, if you’re just trying to kick start the habit, now is an excellent time to start and this list of the best crime novels will do nothing but intensify your addiction.

The feelings and rush of adrenaline one get are indescribable, so if you are looking forward to shocking discoveries and uncovering mysteries then you are definitely on the right page.

Who Are The Best Crime Writers Today?

Topping my list are Agatha Christie, Edgar Allan Poe, Arthur Conan Doyle, Michael Connelly,  paving the way for the likes of dashwell Hammett, James Patterson, and so on.

What Crime Books Should I Read?

A Brief List Of 10 Best Crime Novels Of All Time

Here is a list of the best crime novels of all time:

Who Is The Best Crime Thriller Writer?

Are you pondering on the best crime thriller writers? When mentioning writers or authors of best crime thrillers the likes of Raymond Chandler, Patricia Highsmith, Louise penny, Daphne du Maurier, and Ruth Rendell, Lee Child, to mention a few are the ones to come to mind.

They are known for their intriguing and suspenseful crime books, you really won’t want to overlook any of their novels.

Who Are The Top Ten(10) Mystery Writers?

In no particular order, I will be giving accolades to these magnificent writers known for their good and captivating crime novels include the likes of;

#1. And Then They Were None – AGATHA CHRISTIE

Top of my list will be this captivating book, it tells the story of 10 people lured to a mansion on an Indian island by a man named Owen. The story keeps you wondering what will happen next when one of them dies from poison, thinking the killer is amidst them as suspicions begin to rise when the third person drops dead in a mysterious mansion and the host is nowhere to be found after finding out they all have a secret back home will anyone get out alive? the story will leave its readers wondering what connection they have with the killer and who the killer is, which is the main objective of a good crime detective novel.

Memory man narrates the story of a football player, Amos Decker, who after suffering a head injury altered his brain, making it impossible to forget even the smallest of events and as a result, he is unable to relate normally with people and his wife and child being a ground influence, the ex-football player turned detective, until one night someone murdered his wife, daughter, and brother-in-law.
The story draws the attention of readers when someone confessed to killing Decker’s family but was released. Decker turned into a private investigator due to the rising body count as the killer eliminates people close to Decker due to reasons from his past.
The aim of this crime novel is to keep the reader on the edge as they try to unravel the murder mystery which the author achieved.

#3. The Couple Next Door – SHARI LAPENA

A couple (Anne and Marco Conti) seem to have it going well for them with a beautiful baby Cora gracing their union. The couple got invited to a no-baby dinner party next door and Cora’s nanny bailed on them last minute, Marco convinced his darling wife that baby Cora would be fine alone in the house. A terrible crime was committed with all fingers pointing to the couple but the truth seems to be a more complicated tale. With an unexpected twist, the story unravels a family, deceit, unfaithfulness, and will keep you breathless till the very end.

#4. The Woman In White – WILKIE COLLINS

Inspired by an actual criminal case the book is about a school teacher, Walter Hartright, who narrates his encounter with a woman in white asking for directions to London after which he found out she escaped from an asylum. The teacher resumes a new job where he is supposed to take two ladies Marian and Laura who surprisingly have a striking resemblance with the woman in white, Anne, who was devoted to Laura’s mom. After some months he soon falls in love with Laura, who was betrothed to Glyde and had to leave. As Laura’s wedding draws close, the story takes a drastic turn when she received a letter from Anne saying she should not go on with the wedding and claiming to know some terrible secrets about her soon-to-be husband.

Follows Fredrick, a young, lonely, and psychotic man in his mid who kidnapped a female art student, Miranda, and holds her captive in the cellar of his farmhouse as a result of his obsession hoping she would love him over time. The story is being told from two perspectives; that of Fredrick, the captor, and Miranda, the captive.
The main idea of this book depicts the saying “an idle hand is the devil’s workshop” which was achieved being that Fredrick won a lottery and resigns from his job giving him time to do what he has always wanted to do which was kidnapping Miranda. With all the plot and twists in this crime novel, one can not predict what would happen next.

This great thriller about love race and justice, tells the story of an African-American Texas ranger, Narren Matthew who investigates the cause of death of Micheal who was an African-American, Chicago lawyer. Bluebird, Bluebird had a deep mystery and is by far one of the greatest thrillers one can read.

In the year 1782, Carolina Corsham who was unfaithful to her husband while he was away discovers the body of the woman, Lucia, she was meant to meet in Vauxhall gardens. Exposing that the dead was a prostitute the police are reluctant to investigate the incident. Carolina hired the services of an ex-magistrate to unravel the mystery and bring the killer to justice as the body count increases it becomes clearer that the murder of Lucia was intentional and of passion. This is an interesting story told from the angle of an unfaithful wife.

The devil in velvet tackles the story of Nicholas Fenton, a Cambridge history professor who bargains with the devil and sent it back in time in 1675 to solve a murder that is soon to happen in the person of sir Nick Fenton. Soon Fenton falls in love with the supposed victim sir Nick’s wife, Lydia, and resolves to alter the cause by preventing her murder. The story narrates how he must not only stop his lover’s murder but come to terms with Sir Nick’s entanglements and even cancel his deal with the devil.
If you are a fan of supernatural powers then this novel is certainly for you which has mystery with elements of the supernatural.

This novel revolves around a former Scotland detective, Wnydham, who on his arrival to Calcutta, desperately seeks a fresh start after his encounters during the great war. Wnydham has been promoted to head a new post at the office of the police beaureu is caught up in a murder investigation that threatens to destabilize the city already on the edge of a political insurgency with nearly enough time to deal with the ghost of his past that still haunts him must try to bring the murderer to justice.

Rebecca is a novel narrated by an unnamed woman in her early 20s, who got married to a rich man, Maximilian.

Soon after moving into the mansion, the narrator got to know that the widower and his family are still haunted by the memory of the late first wife, Rebecca, that died in a shipwreck. Isolated from the family due to lack of attention and love, all efforts to win the heart of the family proved abortive.

An investigation of a shipwreck nearby led to the discovery of Rebecca’s ship with her decomposed body despite the fact that Maxim identified a body washed to the shore after Rebecca’s death.

The story becomes more complicated when Rebecca’s first cousin and lover, Jack, blackmails Maxim, with proof about Rebecca’s death. This crime novel will leave its readers glued to the very last page with its breathtaking twist.

{“@context”:”https://schema.org”,”@type”:”FAQPage”,”@id”:”https://kiiky.com/wealth/best-crime-novels-of-all-time/”,”mainEntity”:[{“@type”:”Question”,”name”:” How to identify a good crime novel?”,”acceptedAnswer”:{“@type”:”Answer”,”text”:”A good crime novel is one that pulls the reader into the drama in the first chapter with the crime setting off a series of events that requires investigation, points to unexpected motives, while unraveling mysteries.”}},{“@type”:”Question”,”name”:”Who is the father of crime fiction novels?”,”acceptedAnswer”:{“@type”:”Answer”,”text”:”The father of crime fiction novels is Edgar Allan Poe.”}},{“@type”:”Question”,”name”:”When was the first crime novel written?”,”acceptedAnswer”:{“@type”:”Answer”,”text”:” The first crime novel was written in 1841 “}}]}
How to identify a good crime novel?

A good crime novel is one that pulls the reader into the drama in the first chapter with the crime setting off a series of events that requires investigation, points to unexpected motives, while unraveling mysteries.

Who is the father of crime fiction novels?

The father of crime fiction novels is Edgar Allan Poe.

When was the first crime novel written?

The first crime novel was written in 1841

Crime novels are one of the best and interesting books to read. This kind of novel leaves their readers glued to it to the very last page with its breathtaking.

So, getting and reading any of the best crime fiction novels listed in this article will be a journey you won’t regret.