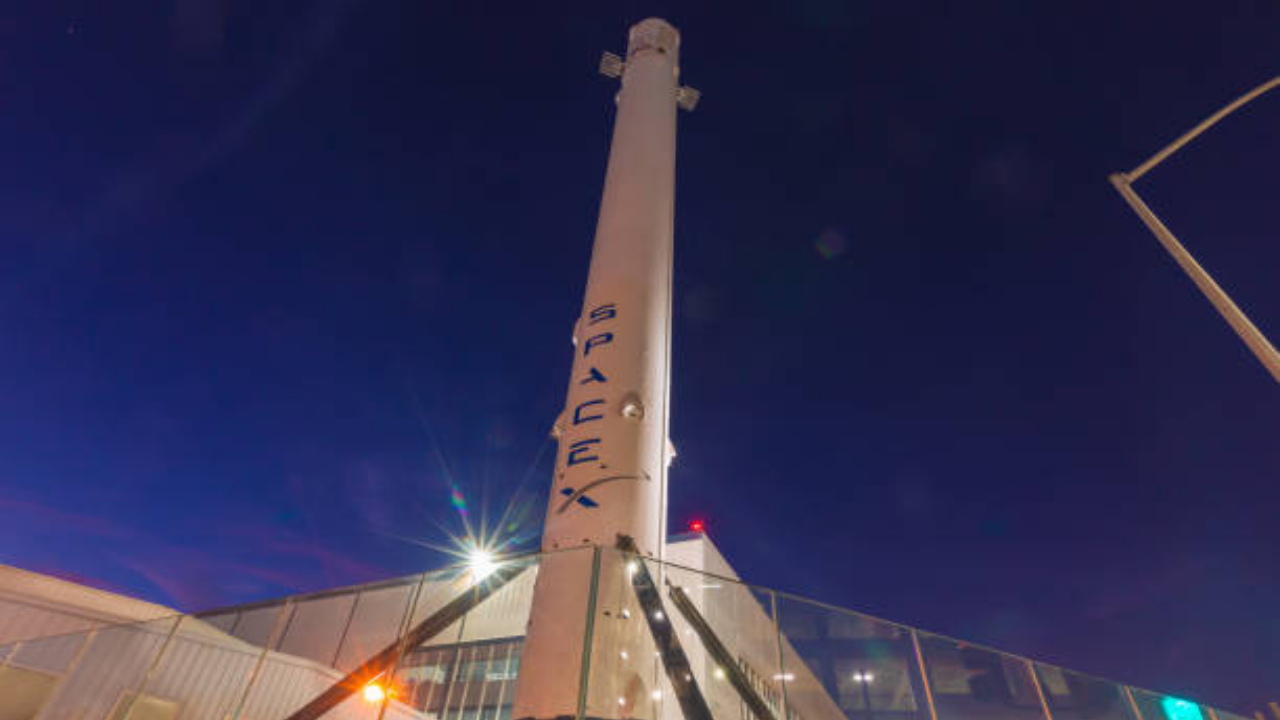 Space Exploration Technologies Corp., or SpaceX as it is more generally known, has risen to public fame and a market valuation of $74 billion despite the fact that its true ownership remains a mystery. Investors are really interested.

Only a few companies have been able to purchase direct ownership holdings in Elon Musk’s firm. Despite this, there are methods to obtain an indirect ownership interest in a company, at least until it becomes public. For investors interested in owning a piece of SpaceX, there are a few possibilities.

SpaceX is the most valued venture-backed private corporation in the United States right now. A fundraising round in early October lifted the company’s worth beyond $100 billion, leapfrogging Stripe to take the top place.

SpaceX’s relationship with billionaire Elon Musk, its long list of high-profile investors, its already sizable revenues, and the possibility of a spinoff of its Starlink venture will keep the SpaceX IPO in the spotlight, and it’ll certainly be one of the year’s largest IPOs.

SpaceX is an aerospace company that also provides space transportation. Elon Musk established the firm in 2002. Due to its founder’s audacious aspirations and ever-trending Tweets, SpaceX has drawn a lot of attention over the last two decades. It is considered to be worth $100 billion by certain specialists and analysts. As a result, many investors may be interested in learning how to acquire SpaceX stock.

Musk founded SpaceX with the stated purpose of lowering the cost of space travel. In the end, he wants to send a crewed mission to Mars. Following the 1969 Moon landing, a human expedition to Mars looked to be the next logical step, and space exploration technology flourished throughout the Cold War era thanks to massive public investment.

Unfortunately, since the end of the Cold War, funding has dwindled. In 1965, NASA’s yearly budget was 4.3 percent of the federal budget; by 1995, it had decreased to 0.88 percent, and by the 2010s, it had dipped below 0.5 percent. Elon Musk wants to use SpaceX to launch a privately sponsored future expedition.

Why Do Individuals Want to Put Their Money Into SpaceX?

In recent years, as SpaceX has dominated the news, there has been a surge in interest in space flight. The May 30 Space Launch Live event, which included the Falcon 9 rocket hauling NASA astronauts and the SpaceX Crew Dragon, earned the Discovery Channel’s No. 1 non-prime telecast and the Science Channel’s highest-rated telecast in 2020. In the early 2020s, SpaceX will have a lot more to brag about.

Elon Musk, the billionaire, has a track record of successfully raising funds for his many businesses. Private investment in space enterprises increased to $1.9 billion in the first quarter of 2021, according to research by the New York-based firm Space Capital.

RELATED:  Camera for Home Security Camera Installation: All you Need To Know

In recent years, investment in this field has become increasingly concentrated, with only a few businesses receiving the lion’s share of the money. Thankfully, SpaceX was one among them.

In the first quarter of 2021, SpaceX raised a stunning $850 million. It got $6 billion in proposals from a variety of investors, according to reports. It took $850 million in that fundraising round, which was more than quadruple the investment pace of its closest competitor. The corporation has sought to raise funds rapidly in order to fund two big projects in the future years: Starship and Starlink.

A class of next-generation reusable launch vehicles being designed for Mars exploration is known as Starship. These rockets will be significantly more powerful than the Saturn V rockets that sent American astronauts to the Moon. The ship Starhopper conducted the first successful flight by any Starship prototype up to that moment on July 25, 2019. The Super Heavy BN4 and Starship SN20 prototypes are being pushed to become the first to attempt orbital velocity.

Starlink, on the other hand, is a satellite internet constellation with thousands of units. Customers may already access high-speed internet thanks to SpaceX’s utilization of this network. The constellation has already grown to over 1,600 Starlink satellites by the middle of 2021.

Reasons to Invest in SpaceX

According to a Morgan Stanley poll conducted in October, respondents projected SpaceX to outperform Tesla in terms of value. Tesla, for example, managed to reach a market capitalization of $1 trillion in 2021. Investors have been drawn to SpaceX’s reusable launch architecture because of its potential uses in industries ranging from communications to earth observation.

Emergen Research recently published a study on the global market for space propulsion systems. This market was predicted to be valued $6.67 billion in 2020. According to Emergen, the market will be worth $19.9 billion in 2028.

This would result in an appealing 14 percent CAGR. CAGR, or compound annual growth rate, is a method of calculating an investment’s annual growth rate over time. This might be a useful metric to use when evaluating a prospective long-term investment objective.

The possibility of these projects has piqued investors’ interest, prompting some to anticipate that SpaceX would eventually displace Tesla. However, at present time, the commercial space flight sector is still rather modest. In the short term, this limits SpaceX’s revenue potential.

Over the last decade, SpaceX and other firms in this industry have profited from increased capital expenditure in a favorable environment. The enthusiasm for future-oriented initiatives has been fuelled by historically low loan rates and abundant cash.

The fear of a rate tightening cycle, on the other hand, has already increased market volatility. Tighter monetary policy might jeopardize the recent gains achieved by SpaceX and other cutting-edge enterprises.

How to Buy SpaceX Stock?

Investors may be asking how to acquire SpaceX stock now that we’ve gone through the company’s mouth-watering potential. The response may appear disappointing at first look, but investors need not be dismayed.

SpaceX is not a publicly traded corporation as of December 2021. This implies that at the time of writing, the general public is unable to purchase shares in the firm. The firm has risen to become America’s most valued venture-backed private corporation.

Google’s parent firm Alphabet and Fidelity Investments bought a 10% investment in the company in 2015.

Unless you’re a billionaire, you’ll have to wait for SpaceX’s prospective public listing in the future. EquityZen is an online marketplace that allows employees of privately held firms to trade pre-IPO employee shares.

It has the ability to connect personnel from private enterprises with potential investors. Another online marketplace that provides a similar service is Forge Global. SpaceX is not currently available for purchase on the stock market.

Invest Through a Pre-IPO Secondary Market

Pre-IPO shares have a secondary market, and it is occasionally feasible to buy them. Early investors or workers who have earned shares through stock options may sell shares to online pre-IPO markets.

These marketplaces may allow you to purchase SpaceX stock.

Invest in the IPO

If pre-IPO shares aren’t available, you might want to explore investing in the IPO itself. Your initial investment will be larger, but you’ll have a good chance of being able to sell your shares if you want to.

Several large brokerage firms enable account holders to participate in initial public offerings (IPOs). Investors must comply with all of their criteria. You’ll be asked questions to ensure that you follow the regulations for investing in an IPO.

Invest After the IPO

The most conservative strategy to buy SpaceX stock is to wait until the IPO and then purchase shares on the open market thereafter. This may be done with any brokerage account.

Although you won’t get in at the cheap price given by pre-IPO or IPO purchases, it is the most straightforward method to invest, and there is still a significant upside if the firm succeeds.

FAQs How To Buy SpaceX Stock

Because SpaceX is not a publicly-listed company, you cannot buy shares of the company or invest in SpaceX directly.

SpaceX is not a public company, it is still privately owned.

Invest Through a Pre-IPO Secondary Market

You may be able to buy SpaceX shares through these marketplaces. Forge Global/Sharespost is the product of a merger between two major pre-IPO marketplaces. The minimum investment is $100,000. Some shares may have higher minimums.

(SpaceX is not a publicly-traded company, so details of its financing are private, the outlet explained.)

Existing investors sold off enough stock recently, at $560 per share, to push SpaceX’s valuation to $100.3 billion, according to CNBC.

At the time of writing in April 2022, Elon Musk’s SpaceX is a private enterprise. Musk has given no indication of when he would consider going public. Given the early success of the company’s ambitious objectives, it’s worth keeping an eye on its growth. Meanwhile, investors might look at other intriguing space-related stocks.