17 Jobs/Careers For People Who Love To Travel | 2022 Updated

Traveling does a lot more for society than we may really know. Careers for people that love to travel will help ensure that they get something back from society as much as the experience of traveling gives.

Mark Twain said, “travel is fatal to prejudice, bigotry, and narrow-mindedness, and many of our people need it sorely on these accounts.”

Things that did not use to matter suddenly start to matter and those that really should not matter but currently do, start not to matter.

Society should be encouraged to do so. This is not easy but is achievable. Globalization has helped, but there is still a whole lot more to do than trade and travel routes being open.

People have to open up their minds to accept new directions, new people, new cultures, etc.

This article discusses jobs/careers for people who love to travel and some other associated items.

Traveling does broaden the mind. While some are okay with an unbroadened mind, some are not. Traveling is not a phenomenon that started today.

If you are religious then you must have come across the story of Abraham and how God asked to travel.

Genesis 12:1 of the bible says “The LORD had said to Abram, “Leave your country, your people and your father’s household and go to the land I will show you.”

In the biblical book of Exodus, the Israelites also had to travel during a famine. Because of this famine, the Hebrew patriarch Jacob traveled with his extended family of 70 to Egypt to both live in better conditions and be with his son Joseph.

Joseph’s wisdom had impressed the Pharaoh of Egypt to the point that he was appointed Viceroy of Egypt, which was second in power only to the Pharaoh.

They traveled and journey for hundreds of years. Travelling helped them learn a lot.

If you are irreligious and don’t think religious accounts count, Romans used to travel for the fun of it. Wealthy Romans would often go to their summer villas. And it was purely for leisure.

They could, of course, start doing that because they invented something quite crucial for traveling – roads.

Well developed network of roads was the reason they could travel safely and quickly. There is always something to learn from and when traveling.

Travelling is important to the survival of man and other species – some carry out what is known as seasonal migration.

Seasonal migration according to encyclopedia.com is described as “the movement of various bird, insect, and mammal species from one habitat to another during different times of the year.

The migration is necessary because seasonal fluctuation in factors such as the availability of food, sunlight, and the temperature of the air or water becomes intolerable in one habitat, usually during the winter, making breeding and even survival difficult.”

RELATED:  What does it cost to Order Publix Thanksgiving dinner?

Travelling opens up to us and others a new world. The fact that there is more in the world than ourselves.

What are culture shocks?

ISN defines culture shock as “Culture shock refers to the impact of moving from a familiar culture to one that is unfamiliar.

This impact includes the anxiety and feelings (such as surprise, disorientation, uncertainty, and confusion) felt when a person must adapt to a different and unknown cultural or social environment.

It might include the shock of a new environment, meeting new people, eating new food, or adapting to a foreign language, as well as the shock of being separated from the important people in your life: such as family, friends, colleagues, and teachers.”

Sometimes while traveling, we may find ourselves in places where we meet the unfamiliar, the shocking, and the absurd.

Imagine finding yourself in New York City and not knowing what to do.

After encountering some of these things, we get familiar with some parts of ourselves that we otherwise not have realized was lacking and perhaps underdeveloped.

What can travelling do for you?

Travelling teaches us about life. Apart from the psychological and cultural benefits of traveling, scientifically, traveling helps in a number of ways.

Traveling helps to decrease the risk of heart disease, it helps to relieve stress. Travelling promotes physical activity, and boosts creativity, and also makes you happy.

If you have not been traveling in the past, allow yourself to experience the great things that traveling can give you.

17 jobs or careers for people who love to travel

“To move, to breathe, to fly, to float, To gain all while you give, To roam the roads of lands remote: To travel is to live.” – Hans Christian Andersen

Cruise ship workers provide services to passengers on cruise ships. Besides assisting in the operation of the ship, they may serve food and drinks, maintain cabins and public areas, lead shipboard activities, and provide entertainment.

There are 77,260 water transportation workers, and more than 339,150 recreation workers, including cruise ship workers, employed in the United States.

Tour Guides offer company and information to individuals or groups of travelers. They are knowledgeable and savvy about the places they show to tourists.

On tours that include sightseeing historical buildings, sites, and locations, Tour Guides must be able to provide travelers with all the information they should know about the place they’re visiting.

RELATED:  7 Legit Ways On How To Earn Bitcoins For Free In 2022 | Totally Free

Some prefer to work for an organization that helps make the world a better place through performing research, education, activism, and other jobs.

If this describes you, a career at a nongovernmental organization, also called an NGO, maybe an ideal fit.

Although NGOs don’t operate for profit, you’ll find many of the same careers there that you will in the for-profit sector. As someone who loves to travel, fitting in is not going to be a problem.

Travel nurses are registered nurses who work in short-term roles at hospitals, clinics, and other healthcare facilities around the world.

Travel nurses help fill gaps in areas where there are nursing shortages. They are employed by an independent nursing staffing agency instead of a single hospital.

A roadie helps musicians while they are on tour by setting up and dismantling equipment, loading the van, and perhaps driving it from gig to gig.

Other names for a roadie include backstage crew or road crew.

A sales representative is someone who showcases and sells a product or products to businesses, organizations, and government agencies, rather than selling directly to consumers.

Sales representatives are critical to the manufacturers and wholesalers, as they are the ones that promote and market the merchandise for them.

A flight attendant is someone whose primary duty is to ensure the safety and comfort of passengers during an airline flight.

They are part of the cabin crew for the plane, a team of personnel who operate a commercial, business, or even military aircraft while traveling domestically or internationally.

A travel agent’s role is to help people plan, choose, and arrange their holiday. They will usually work to a budget set out by whoever is planning the holiday.

They also offer advice and opinions on where to go and local tourist attractions, events, and customs.

When a customer calls and has an issue that needs to be handled, a representative will usually open the customer’s file in the company’s computer system.

Representatives use this information to solve problems and may also make changes to customer accounts, such as to update an address on file or cancel an order.

Foreign service officers represent the government and the people of the United States by conducting relations with foreign countries and international organizations.

They promote and protect the United States’ political, economic, and commercial interests overseas.

Consulting is the business of providing expert advice to a specific group of people. So what do consultants do? In a practical sense, they advise.

They pull from their niche experience, industry understanding, and problem-solving abilities to offer valuable advice to a specific type of client or group of people.

An English teacher is responsible for ensuring that students learn proper grammar, writing, and reading comprehension.

They are responsible for creating lesson plans that will teach students the skills they need. Some of the job titles that an English teacher could grow into are principal and vice-principal.

A public relations specialist is someone who creates and maintains a favorable public image for their employer or client.

They write material for media releases, plan and direct public relations programs, and raise funds for their organizations.

Professional pilots fly and navigate airplanes, helicopters, and other types of aircraft. You should love to travel.

A translator is someone who converts the written word from one language to another. An interpreter, on the other hand, is someone who translates orally or through sign language interpretation.

Missionaries are people who work in locations where help is difficult to come by. They could be placed in Africa, Eastern Europe, or even here in the US in locations, like Appalachia.

Archaeologists study the origin, development, and behavior of human beings and their societies, both past, and present.

They examine cultures, languages, behaviors, archaeological remains, and physical characteristics of people in many parts of the world. They ask questions and develop theories.

Travelling may not be the only thing needed for success in these careers, but it sure does make it easier to navigate and enjoy.

Those who love to travel know the importance of participating and engaging while on the move. Odds are that you would rather spend your money traveling than on material things. 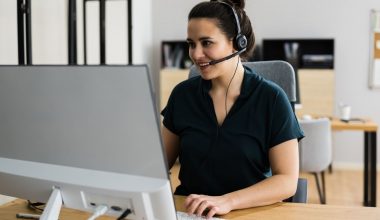 Read More
JJobs
Outsourcing jobs whether you’re an executive, a small business owner, an entrepreneur, or a man of trade is… 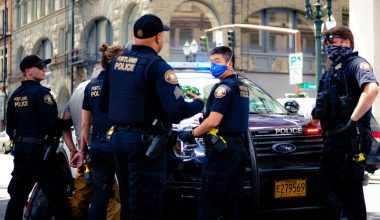 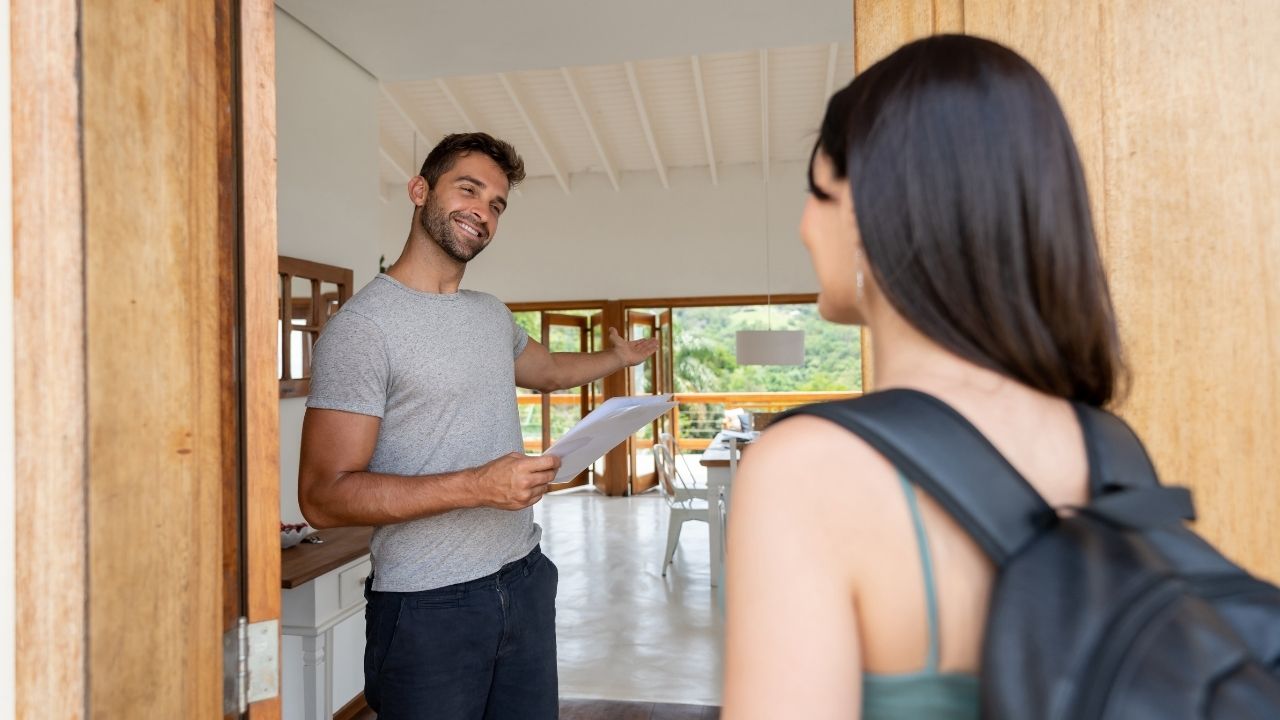 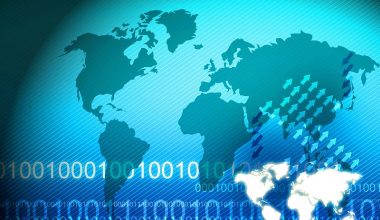 Read More
JJobs
Are you or do you want to become an expert in the IT field? Tech-related skills have topped… 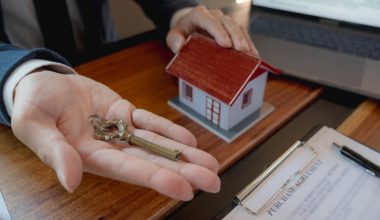 Read More
JJobs
Do realtors make a ton of money? How much do they get paid? This has been asked by… 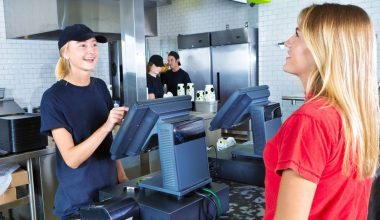 Read More
JJobs
Imagine your child walks up to you and requests to know the highest paying jobs for teens, what…