Home What Is A Credit Union? How Does It Work?
BBusinesses

What Is A Credit Union? How Does It Work?

A credit union is a member-owned financial cooperative that is managed by its members and runs on a not-for-profit basis, comparable to a commercial bank. Credit unions offer similar services to retail banks to their members, such as deposit accounts, credit, and other financial services. Credit unions are known as SACCOs in several African countries (Savings and Credit Co-operative Societies).

In terms of total assets and average institution asset size, credit union systems around the world range from volunteer operations with a few hundred members to institutions with hundreds of thousands of members and assets worth billions of dollars. In 2018, there were 274 million credit union members worldwide, with approximately 40 million new members acquired since 2016.

Commercial banks engaged in nearly five times more subprime lending than credit unions in the years leading up to the financial crisis of 2007–2008 and were two and a half times more likely to collapse during the crisis. Between 2008 and 2016, American credit unions more than doubled their lending to small firms, from $30 billion to $60 billion, while overall lending to small businesses fell by roughly $100 billion.

In the United States, public trust in credit unions is 60%, compared to 30% for large banks. Small businesses are also 80% less likely to be dissatisfied with a credit union than with a large bank. Individuals are served by “natural-person credit unions”, as opposed to “corporate credit unions,” which service other credit unions.

How Do Credit Unions Differ From Banks?

The profit status of banks and credit unions distinguishes them from one another. Banks are for-profit businesses that are either privately held or publicly traded, whereas credit unions are not. The disparity in products and services offered by each type of institution is due to this profit vs. non-profit division.

Because a credit union is structured as a cooperative, its members own the institution. Individuals who have a common tie, such as the industry they work in, the community they reside in, their faith, or their membership in another organization, are usually eligible to join credit unions. Credit unions are also normally exempt from federal taxes because they are nonprofits, and some credit unions even receive subsidies from the organizations with which they are linked.

This eliminates the need for credit unions to worry about producing a profit for their shareholders. The credit union’s purpose is to offer its members the best possible conditions on their financial products. This implies that members typically receive cheaper lending rates, pay fewer (and lower) fees, and earn better annual percentage yields on savings products than bank clients.

Banks, on the other hand, are in the business of earning money. This means that banks are more concerned with earning a profit than with meeting the requirements of account holders. This is one of the reasons why banks frequently charge greater fees and at a faster rate than credit unions. Banks’ lending interest rates are likewise higher, while their annual percentage yields on savings products are lower.

RELATED:  How To Start A Business in Alaska 2022: Step-by-Step Process

Should I Choose A Credit Union Over A Bank?

A credit union prioritizes its members as a cooperative financial institution. Credit unions are regarded for providing exceptional customer service. When a member walks into a credit union branch, they can expect personalized service and a dedication to meeting their needs.

Furthermore, even if you leave the organization or community supported by the credit union, your membership in the credit union is good for life. Credit unions also give vital financial education to their members as part of their services.

Many credit unions offer in-person lectures on critical financial topics, such as managing credit cards, combating identity theft, buying a home, planning for retirement, or estate planning, in addition to the types of online materials and resources that can be found on many banking websites.

The most significant advantage for credit unions is financial. According to research published by the Credit Union National Association (CUNA), the average annual financial benefit for a single credit union member in 2018 was $85. The benefit for households was $178.

So, how does the ordinary credit union member perceive these advantages? To begin, any profits realized by the credit union will be distributed to its members in one of two ways: either through interest earned on their deposit accounts or through dividend checks sent out regularly.

Furthermore, because credit unions are nonprofit, they frequently have no minimum balance restrictions, cheaper account opening deposit requirements, and lower overdraft, non-sufficient funds, and ATM fees. Finally, a credit union is more likely to offer cheaper interest rates on loans than a bank.

While banks and credit unions both offer a variety of products and services, they are not identical. A bank may be a preferable option for clients who require nationwide ease, quick access to mobile banking, and a diverse range of goods. Consumers that require cheaper rates and fees, greater APYs, personal touch in customer service, and free access to excellent financial education may benefit from a credit union.

Normally, only credit union members are allowed to deposit or borrow money. Customer satisfaction with the level of service at credit unions has consistently been better in surveys of customers at banks and credit unions.

How Do Credit Unions Work?

Members save at their credit union and contribute to a shared pool of funds that can be utilized to lend to other members. The credit union earns money by charging interest on loans to members. Any funds not lent to members might be invested to generate additional revenue for the credit union.

RELATED:  How To Make Money On eBay Without Selling Anything | 2022 Updated

The credit union uses this money to cover its operating costs. Any remaining income is referred to as credit union surplus, and it is used to pay dividends on members’ shares and/or to provide better or additional services to members. A loan interest rebate, which is a return of loan interest paid to all members who borrowed, is another option for credit unions.

Credit unions are not the same as modern microfinance. The cooperative concept differs from mainstream microfinance in particular because members have authority over financial resources.

Whether provided by non-profit or for-profit institutions, the current dominant form of microfinance places controls over financial resources and their allocation in the hands of a few microfinance providers who profit from the highly profitable sector.

What Services Are Offered By Credit Unions?

Consumers, businesses, and other organizations can all benefit from credit union services. The most typical services are listed here, however, each credit union is unique.

Savings accounts at a credit union are known as share accounts since you, like all other customers, are a partial owner of the credit union. These are a secure way to store cash while also earning interest on your money. Each month, certain transfers from a savings account may be restricted.

CDs function similarly to supercharged savings accounts. They pay higher interest than conventional savings accounts, but there’s a catch: you have to agree to leave your money in the CD for a set period, usually one to three years. Money market accounts, which pay similar interest rates and allow you to access your cash throughout the month, are available from some institutions if you prefer flexibility.

Loans can be used for a variety of purposes. Credit unions fund loans for borrowers using money that other consumers deposit. Home loans (mortgages), auto loans, personal loans, and credit cards are examples of these.

How Can I Join A Credit Union?

Once you’ve found a place you like, becoming a member is as simple as opening a bank account. The procedure is identical to that of opening a bank or credit union account. You’ll need to supply personal information, produce identification, and pay an initial deposit (typically between $25 and $100).

To join a credit union, you must first “qualify,” or be eligible to join. People who fit the criteria are known as the field of membership, and credit unions are created to serve individuals and organizations that have a common bond.

Some credit unions accept anyone who lives or works in a specific geographic area. You can be eligible just because you live in a specific city or county. Even attending school or worshipping in a location where you don’t live can make you eligible.

You may be qualified for specific credit unions if you belong to specified organizations. Some groups are open to the general public, and you can join those groups to join a credit union.

Other organizations, such as a homeowner’s association, have different requirements. Also, If a member of your family is already a member of a credit union, you will most likely be able to join based on your relative’s eligibility.

What is the definition of a credit union?

A credit union is a type of financial co-op. Every credit union member must have something in common, which is referred to as a Common Bond. For example, the link could be formed through living or working in the same area or for the same job. Credit unions are democratically controlled and function in the best interests of their members, who are the individuals who use their services.

Instead of customers, why do credit unions have members?

Credit unions are cooperatives, which means that the individuals who utilize them also own them. You become a member of the Credit Union and a part-owner of the company once you establish an account with them. As a member, you have the right to attend their Annual General Meeting and have a say in the organization’s operations and policy.

What is the operation of a credit union?

Members save regularly, and their funds are pooled into a common fund from which loans are made to members. The credit union’s primary source of revenue is interest on loans. After the credit union’s running costs are removed, money is distributed to members in the form of a dividend.

Should I Choose A Credit Union Over A Bank?

A credit union prioritizes its members as a cooperative financial institution. Credit unions are regarded for providing exceptional customer service.

How Do Credit Unions Differ From Banks?

The profit status of banks and credit unions distinguishes them from one another. Banks are for-profit businesses that are either privately held or publicly traded, whereas credit unions are not.

Furthermore, credit unions may offer reduced loan interest rates. A credit union may also make it easier to get a loan than a larger, impersonal bank.

What Is A Home Equity Line of Credit (HELOC) 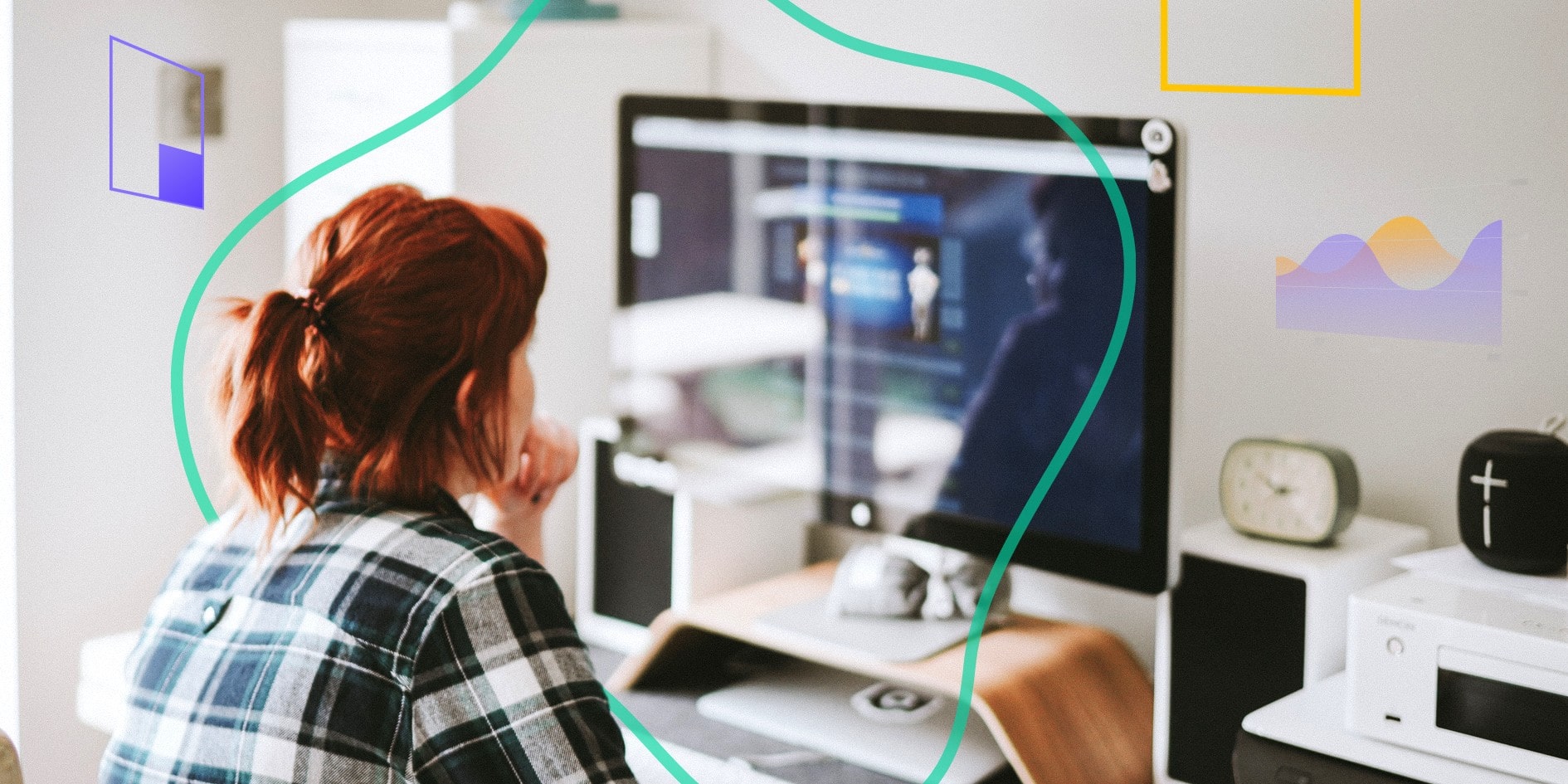 Read More
BBusinesses
Every business, in one way or another, strives for growth or has its own strategies for implementing growth… 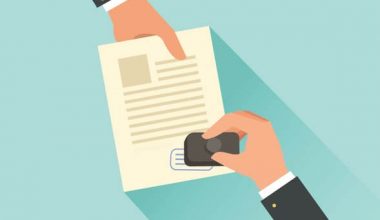 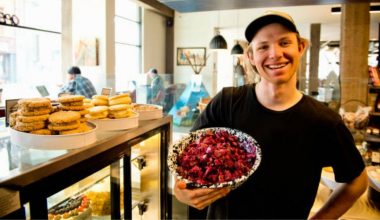 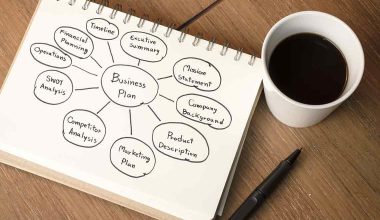 Read More
BBusinesses
There is no one-size-fits-all approach to developing a business plan. What matters is that your plan answers your… 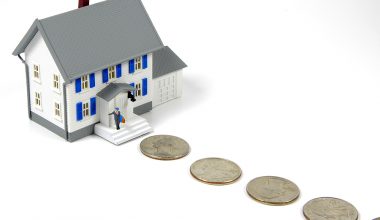 Read More
BBusinesses
If you are self-employed and are wondering if you can get a mortgage to buy a home, then… 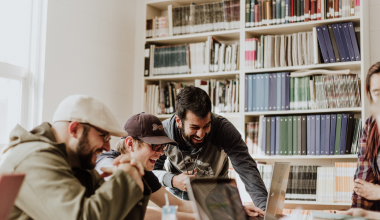 Read More
BBusinesses
Starting a business is a good idea. However, executing it is always the next problem you will encounter.…