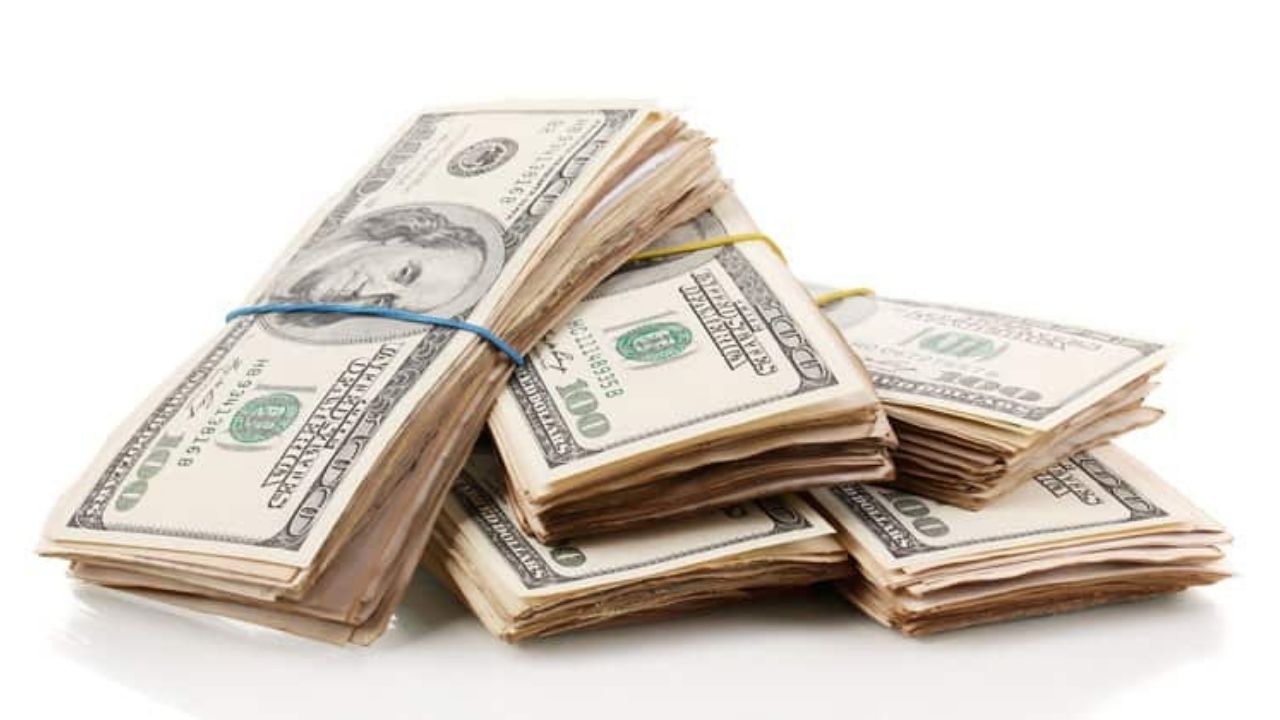 Starting a new life in another country can be a daunting experience. To some, it is as easy as flipping a switch.

This means they can move to any country or city of their choice and start a new life. Getting paid to move to another country is the most ideal factor that makes moving easy.

Many countries seek to increase their population, either through young students or families. Others hope to improve a certain industry and create more jobs by attracting entrepreneurs from other countries.

The truth is, these countries will pay you to move there.

Some are even offering an amount like £32,000 for you to move to a new location, with beautiful countries like Italy, Greece, and the United States on the list.

That said, being able to seamlessly move around the world to find work and get paid for moving is now accessible to anyone.

Let’s show you some amazing countries you could get paid to move to in 2022.

Can I Get Paid to Move to Another Country?

Who doesn’t dream of moving to a place where the grass is greener, the sky is bluer, and the endless drill of life’s hurdles doesn’t exist?

After all, we are all human.

But, they cut this dream short when the cost of moving to another country is on the top side.

Some countries realize this and have made moving easy for all migrants. They offer luxury and houses equivalent to a reasonable sum of money to people who want to move to their country.

For those still wondering and asking “can I get paid to move to another country?”

Yes, you can get paid to move to another country.

How Do I Get Paid to Move to Another Country?

There is no specific way you can get paid to move to another country.

However, most of the countries that pay you to move over there consider several factors.

If you desire to get pay from countries to move there, then you should equip yourself with some skills.

If you have the chance to live anywhere, and still get paid, wouldn’t you want to improve your skill?

Countries like New Zealand and Alaska in the US are perfect examples that accepts migrants based on their skills and field of study.

Here are some professions in hot demand around the world in 2022:

You can check this: 17 Ways to Get Paid to Exercise or Workout from your Home

How Much Does it Cost to Move to Another Country?

However, the cost of moving to another country depends on many factors and it is necessary to take them into account to make a realistic budget for your international relocation.

RELATED:  How To Make Money With A Drone | 10 Legit ways

There are several important costs to consider when moving internationally:

In all of history, moving to another place has not been easier than it is today. However, most young people head to big cities in search of greener pastures.

Antikythera is between Crete and Kythira, and it is 45 minutes by plane from Athens.

The Island of Antikythera is in search of more people to settle there. As more industry is coming to the limelight, it makes the city best for job opportunities.

It’s part of Greece’s strategy to repopulate their city of just 24 people – which increases to 40 during summer. They welcome applications worldwide.

The Island of Antikythera plans to offer €500 (£450) per month for three consecutive years to people who want to move there. This sums up to £16,200 over the three years. In fact, it is one of the best countries that pay you to move there.

Candela, a small town in Puglia, Italy, is one of the countries that pay you to move there. Candela is offering a little incentive (up to €2,000 or £1,800) for people to move there after their population had a major decline from 8,000 to 2,700.

Candela may also grant tax credits on city trash removal, bills, and daycare in the future.

Of course, there are criteria.

Also in Italy, Sicily is recently offering houses for only €1 (90 pence), the only problem is how much you have to spend to renovate them.

Although they don’t give you the money at hand, they give you a big discount on houses.

The state of Vermont has one of the lowest populations in the United States, so they desire to attract remote workers to the area.

That is why its Remote Worker Grant Program offers applicants $10,000 over two years to move in and live there.

To be eligible, you must become a full-time resident of the state.

You could make Vermont the proud state of 626,300 people. Vermont is one of the countries that will pay you to move there in 2022.

Tulsa is another state in the United States dealing with the population and has a similar program for remote workers. It’s one of the countries that will pay you to move there.

As the second City in Oklahoma, they will offer you $10,000 (£8,000) upfront to get there, along with a desk in a coworking office and a monthly allowance for housing.

As long as you are at least 18 years old and able to be self-employed in the United States, you are eligible.

If you are looking to start up a business, Chile may be ideal. They will pay you $50,000 to start your startup there.

In addition to the funds, you will receive a one-year work visa and a list of professional contacts.

The government wants Technology Entrepreneurs to launch their business there, with the Start-Up Chile program looking for female and male founders with companies less than three years old.

Your startup must have the potential to become a huge global success.

While they won’t pay you to move there, Maine is tackling the problem of student debt.

In fact, they are practically paying your student debt for you.

STEM graduates would receive a refund from the government if they pay more on their loans than on their taxes.

Ponga is a small town in Asturias, and the government is doing its best to populate it by offering males and females the opportunity to move there.

The Ponga local government is trying to prevent the town from having little or no population like other small Spanish mountain villages.

So, they are offering young couples 3,000 euros to move there with an additional 3,000 euros for each child, if born.

New Zealand recently made a headline of their offer for a 3-bedroom home and land for as little as $220,000.

While you’re not paid in actual cash, the city of Kaitangata offers a new home with a quarter acre of land for 230,000 New Zealand dollars (NZD). This equates to $165,000.

To learn more about how to get paid to move to New Zealand, Check out this guide!

Tennessee is offering all tech professionals up to $11,250 to move there.

The approved tech professionals who have the right skills will also receive their mortgage (up to $10,000) and a partial discharge on their mortgage.

Switzerland is one of the best European countries that pay you to live there.

Albinen is a small town in Switzerland offering pay to foreigners to move there.

Like other places, states, or countries that have the fearsome population problem that attracts more and more masses from different parts of the world.

The government offers incentives for non-residents to move to the Swiss town of Albinen.

This country wants to attract entrepreneurs from all over the world.

If you think your startup has a high probability of growth, you can apply for financing with Enterprise Ireland.

Once they accept your proposal, they reward you with thousands of funds and the opportunity to live and work in Ireland.

Keep in mind that Ireland is known for its luxurious standard of living and low tax rates for startups.

Regarding income, Alaska is one of the richest states in the US, with 1.2 people per square mile.

As a result, the government distributes investment income from Alaska’s mining royalties to its residents, nearly $2,080 per capita each year.

Alaska will pay you to move there forever.

Asia countries are one of the best places to get paid when you move there.

These three states are together because they offer similar benefits to a foreigner who wants to move there.

The aim of these countries is to attract American and European citizens to promote and teach the English language in their respective countries.

Canada is the best country that will pay you to move there.

The city of Saskatchewan is the fifth largest province in Canada and the sixth in population. The city is one of the most beautiful places to live.

Saskatchewan provides unpayable tax returns starting at C$20,000, but only if your postsecondary school is on the list of accredited institutions.

Top Islands that Pay You to Move There

Sicily Italy tops the list of Islands that pay you to move there. A recent report suggests that the mayor of Cammarata is giving out historic villas in a bid to rebuild the city.

To qualify for this offer by this island that pays you to move there, you must be willing to renovate the house within three years. Also, You must put down a €5,000 ($5,900) security deposit.

This amount will surely be returned once you are done with construction.

Other Islands that pay you to move there include:

How can I legally move to another country?

Obtain Permanent residency visa: a visa that allows you to stay in a different country indefinitely.

Can I move to another country without a job?

Even if you don’t have a job yet, it’s possible to find jobs in foreign countries. An increasingly popular route to earning a living abroad involves finding online work.

What is the best country to start a new life in?

Poland is one of the best countries to start a new life in.

What is the safest country in the world?

Iceland tops the Global Peace Index, which ranks countries according to safety and security, ongoing conflict and militarisation.

For many people from all around the world, moving can be a big ordeal, but luckily there are countries that offer incentives, financial aid, or otherwise, for moving, like Alaska, the US, and Korea.

To get paid to move to another country is probably ideal for many people, and because some of these countries might not be the easiest to immigrate to.

It’s definitely important to ask how much do you get paid to live in Alaska, or Vietnam, or any other country that has incentives for moving there.