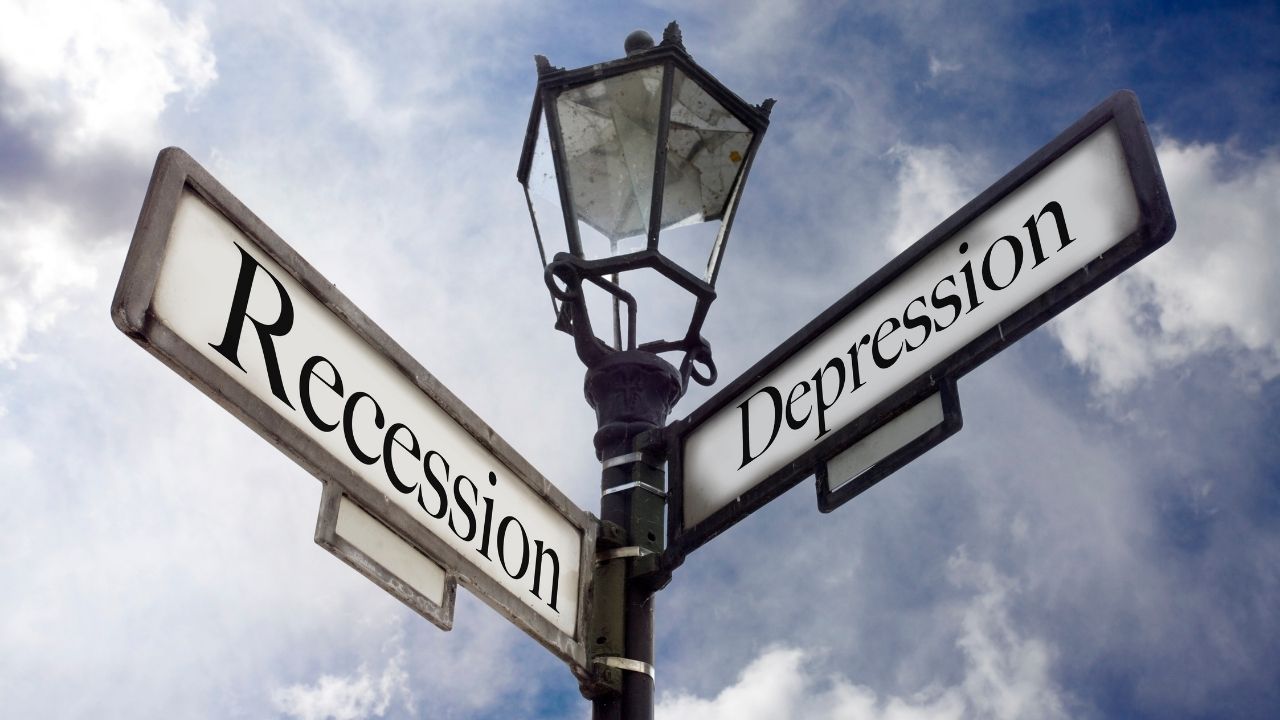 Great Depression Vs Great recession, is there a difference? Oh yes! there is a significant difference between both which you will discover in this article.

While you seek to understand the similarities and differences between the great depression and the Recession, there are a number of big lessons that emerged from these crises which you ought to learn. They will benefit you in the long run.

What is a Great Recession?

The Great Recession refers to the economic downturn from 2007 to 2009 after the bursting of the U.S. housing bubble and the global financial crisis.

During the great recession, there was a significant decline in the following:

What Caused the Great Recession?

The Great Recession was caused by a substantial amount of losses from house mortgages given to subprime borrowers who were unable to pay back the loans, causing them to default.

This caused fear among investors who didn’t want to see their investments fail, so they withdrew their money from the banks (Bernanke 2010: 1).

This caused banks to lose their funding and they could not lend as much money out to other borrowers. This was worsened by the fact that American households and businesses had taken out too much credit in loans they could not payback.

The great recession recovery began in the second quarter of 2009 following the Enactment of Financial Stabilization and Fiscal Stimulus Measures. Financial markets recovered as the flood of liquidity washed over Wall Street first and foremost. Real GDP regained its pre-recession peak after the initial onset of the official recession.

Since the Great Recession, the path of economic recovery has been fragile and uneven although the world output has grown moderately.

The recovery generally looks weak. The International Monetary Fund (IMF) projected a global output growth to be 3.3 percent in the year 2015, slightly lower than 2014. The economic growth in developing economies is expected to slow down and growth in advanced economies to strengthen, with risks to global growth in the coming years.

What is a Great Depression?

The Great Depression was a worldwide economic crisis that lasted for years. It was a severe economic depression that took place mostly during the 1930s, beginning in the United States.

The timing of the Great Depression varied across the world and lasted from 1929-1939. It started in America in 1929 as a recession before expanding globally, most notably in Europe.

It had a heavy impact on the United States’ real economic output as it fell nearly 30%. Real per capita, disposable income sank nearly 40%. Over 12 million people were thrown out of work, and from 1929 to 1933, the unemployment rate rose from around 3% to nearly 25%. Many people faced unemployment, homelessness, and abject poverty.

According to courses.lumenlearning.com, the Great Depression led to bank failures resulting in a 25 percent contraction in the quantity of money, and inaction by the Fed resulted in a collapse of aggregate demand.

Money wage rates and the price level were slow to adjust, resulting in huge decreases in real GDP and employment.

What a caused the Great Depression?

The great depression started in October 1929 when investors began selling overpriced shares after the stock market crash. A record of 12.9 million shares was traded that day, known as “Black Thursday.”

Over the next several years, hundreds of millions of shares had their purchase price financed with loans to be repaid with profits generated from ever-increasing share prices.

Consumer spending and investment dropped, causing steep declines in industrial output which led factories and other businesses to slow down production and begin firing their workers.

Recovery of the Great Depression

The early signs of the great depression recovery began in the spring of 1933. The economy continued to improve throughout the next three years, during which real GDP grew at an average rate of 9 percent per year.

According to history.com, the programs and institutions of the New Deal that aided in recovery from the Great Depression were the Tennessee Valley Authority (TVA), which built dams and hydroelectric projects to control flooding and provide electric power to the impoverished Tennessee Valley region, and the Works Progress Administration (WPA), a permanent jobs program that employed 8.5 million people from 1935 to 1943.

Great Depression Vs Great Recession: Lessons We Should Learn

Most of the conveniences we enjoy today was passed was learned the hard way when crises put families in such an awful situation.

RELATED:  15 Best Business Networking Groups To Belong To In 2022

There are many lessons to learn from the from the Great Depression. A few listed below can help made a lasting impression on your generations if you follow it.

It is a lot worse than a recession. The difference is clearly seen in the rates employment and unemployment, stock market prices manufacturing output.

You can learn how to make money in a recession. Nobody knows when the next crises may strike.