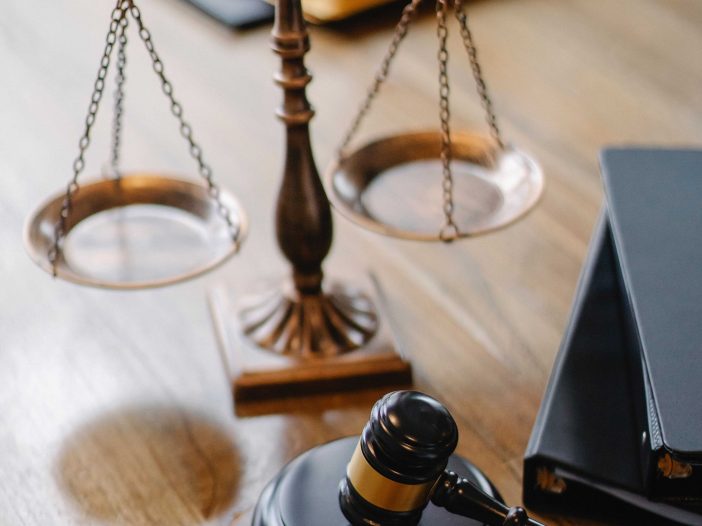 There are several aspects of legal careers in our world today. But what sets M&A law apart? It is the complex and multifaceted nature of their work.

Texas is one of the fastest-growing states in the United States of America. A state which is home to one of the healthiest economies. Texas is famously known for its history, monuments, people, and crude oil.

Texas has over a hundred closed M&A deals yearly with a deal value of over $30 billion. Texas presently has 154 M&A advisory firms, which increases by the day. It is factual that Texas holds quite a promising opportunity for Mergers and Acquisitions lawyers to thrive.

Following the trends of M&As in Texas, we do not doubt that Mergers and Acquisitions will hit big in the coming years.

Before we dive headlong into the 15 highest-paid M&A attorneys in Texas, we will take you briefly through some vital information you need to come to terms with.

If you have any of these questions then, read on to find out.

Who Are M&A Attorneys?

M&A transactions require a lot of negotiation, mediation, drafting of files, and, most of all, expert advice and information. To get all of that, you must consult an M&A attorney.

M&A is a shortened name for Mergers and Acquisitions. M&A attorneys spearhead legal transactions which involve acquisitions, mergers, joint ventures, and many other similar transactions.

To better understand this, think of when a more prominent company buys another, merges with them, or acquires some of its assets. M&A attorneys represent each of the parties involved and provide legal assistance throughout the entire process of the transaction.

What Do M&A Attorneys Do?

Here are some of the basic functions of attorneys in mergers and acquisitions.

#1. The M&A Counsel Acts as a Mediator

M&A attorneys are far from the only professionals needed to finalize an M&A transaction. Mergers and acquisition transactions require accountants, CEOs, bankers, and other professionals who would profer needed assistance throughout the process.

Regardless of this, M&A attorneys are key players. They mediate between their clients and other professionals involved in mergers and acquisitions transactions.

All attorneys — not just M&A attorneys— are negotiators. Attorneys ensure that deals come to a satisfactory close and that all parties involved are satisfied with the outcome.

To do this, M&A attorneys must negotiate with the opposing counsel. They must get all the professionals involved to agree on all matters.

In mergers and acquisitions transactions, a lot of documentation are made. Usually, not just one attorney is involved, but a team or even an entire legal firm.

They draft and keep receipts, contracts, letters, and other important documents to prevent possible disputes in the future.

As key players in mergers and acquisitions transactions, M&A attorneys must be consulted at every level and step of procedures.

They share expertise and knowledge and give professional legal opinions, analysis, and advice in line with codes of conduct and laws.

RELATED:  The Top Industries for Developers in 2022

What are the Requirements to Become an M&A Lawyer in Texas?

In recent years, M&A has become one of the fastest growing, busiest, and most considered areas of practice in large firms.

Houston, a large metropolis in Texas, the fourth most populous city in the United States, is notably one of the cities with the most active M&A practices.

What does that say? It’s a very lucrative job, and the possibilities are that it gets even more lucrative in the future. Do you intend to become one of the M&A attorneys in Texas?

Here are the requirements enlisted below.

People who read this also read: 17 Jobs/Careers For People Who Love To Travel | 2022 Updated

Every law school requires a potential applicant to have an undergrad degree before pursuing a law career. You would need to have a high GPA to apply for law school.

The Law School Admission Test is a professional examination that precedes admission into any law school. The LSAT is written in various locations around the world.

You must graduate with a Juris Law degree from a certified law school before you can write a bar exam or even chase an M&A career.

This ethics exam must be written by all aspiring lawyers in all jurisdictions in the United States except Maryland, Wisconsin, and Puerto Rico.

The bar exam is no doubt difficult. It is a prerequisite to becoming a lawyer in the states. It is taken to assess the applicant’s knowledge of state law.

See the Step By Step Procedure On How To Get Into Law School Here.

Generally, M&A attorneys in Texas earn an average of about $118,000 per annum.

Here are the 15 highest-paid M&A attorneys in Texas.

The list is arranged randomly and in no specific order of their net worths.

A senior statesperson and a renowned attorney, Michael Boone is one of the co-founders of the Haynes and Boone firm.

Michael Boone has captained several Corporate Mergers and Acquisitions. He has amassed over four decades of experience in various fields of law.

He is the most respected lawyer in Dallas and has won several awards, including the American Lawyer’s Distinguished Leaders Award. He is one of the best on our list of the highest-paid M&A attorneys in Texas.

Neel Lemon is a lawyer based in Dallas, Texas. He has represented a lot of companies in Corporate Mergers and Acquisitions and Corporate Finance transactions.

Most times, he represents energy and retail clients. He is also a member of the Dallas Office Corporate Department. Neel Lemon works with Baker Botts, an Influential world-leading international law firm.

Lee Potts, based in Austin, Texas, represents and assists clients, both international and local clients, with transactions in Texas.

He has over 20 years of experience and has contributed to several Pro-Bono activities. He now works at Potts Blacklock Senterfitt, PLLC, and provides excellent advice to his clients. He is one of the highest-paid M&A attorneys in Texas.

Alex Alleman specializes in Corporate Mergers and Acquisitions. He is a graduate of the University of Texas School of Law.

He works with many growing industries and has represented many large companies in M&A transactions.

Jeffrey, a graduate of Harvard Law School, is a thorough, efficient, and experienced M&A attorney based in Texas.

He is a Corporate Mergers and Acquisitions lawyer specializing in the telecommunication and manufacturing sectors.

Robert Jewell is a Veteran of the bar with over 40 years of experience. He is a trusted Corporate Mergers and Acquisitions adviser who has served in various law firms across Texas.

He presently works at Hunting Andrews Kurth LLP and specializes in transactions relating to energy and the refining industry.

Brian is a strong legal practitioner, and he is widely respected for his M&A operations in the real estate field.

He has been described by the Legal 500 as a “Real Estate Investment Trust Veteran.”

He is also described by many of his clients to be very friendly and relatable. He is notably one of the highest-paid attorneys in Texas.

Paul Sullivan graduated with a degree from Sam Houston State University. He has led different strategic mergers and acquisitions. He is well known for his straightforward disposition in legal matters.

As a zealous advocate and skilled negotiator, Paul defends his clients in both buying companies and closing merger deals between big companies.

He has been in legal practice since 2016 and earned a Law degree from South Texas College of Law, Houston.

Mr. Roberts is a highly rated M&A attorney. He attended and graduated from the University of Texas at Austin school of law. He earned his Juris Doctor in 2007.

He has extensive experience in corporate law, Estate Planning, and Corporate Mergers and Acquisitions, among some other specializations.

He works in Austin, Texas, with Anderson Roberts PLLC.

Todd S. Paterson, based in Austin, Texas, is a highly esteemed attorney who was licensed in 1994. He is a member of the Texas Bar Foundation (TBF) and is regarded as one of the best lawyers in the United States.

He resides in Richmond, Texas, with his wife and children.

You do not want to miss: 10 Highest Paid Lawyers in the World| Top Law Careers in 2022

He graduated from the University of Pennsylvania Law school. With two decades of consistent practice, Matt Archer represents clients in strategic Mergers and Acquisitions in the Austin area.

Robert George is a partner in K&L gates based in Houston, Texas. He is an attorney with knowledge in the fields of M&A, Oil and Gas law, and project finance law.

He has over two decades of experience in his job, and he is well known for it. He is one of the highest-paid M&A attorneys in Texas.

Juli Fournier, the first woman on this list of the highest-paid M&A attorneys in Texas, has practiced in the legal profession for over 35 years.

She is the managing partner of Stephenson, based in Houston. She graduated from the University of Texas School of Law and has been licensed since 1986.

He began the Mouer law firm in 2013. He has extensive experience as a corporate partner in one of the nation’s biggest firms and has, since then, grown to be one of the top-rated and highest-paid attorneys in Texas.

Last but not least on our list of the 15 highest-paid M&A attorneys in Texas is Bill Boyar.

Bill is the founder of Boyar Miller, a progressive law firm in Houston, Texas. Bill is more popularly known for his philanthropic and pro bono works. He has been the Chairman of a Texas public school board and the SEARCH homeless services.

He has won countless awards for his expertise and philanthropy. When he is not at work, he plays golf with his wife. He is best described as an extraordinary attorney.

Where are M&A attorneys paid the highest?

M&A attorneys are paid the highest in locations such as New York, Houston in Texas, and San Francisco.

Are Mergers and Acquisitions the same?

No, they are not. A merger occurs when two companies consensually join together to become a single entity. On the other hand, an acquisition refers to the takeover of a company by another.

What is the average M&A attorney’s salary in the United States?

The average M&A attorney’s salary in the United States is about $83,000 annually.

What are the highest paying cities for attorneys in Texas?

The highest paying cities for attorneys in Texas include Dallas, Austin, Houston, and Dallas-Fort Worth.

What type of attorney gets paid the most in Texas?

What skills are needed to be an attorney?

These are the skills that are needed to be an attorney:
Analytical skills, communication and negotiation skills, research skills, and documentation skills.

What are some of the best firms for M&A in Texas?

Some of the high-profile M&A firms are V&E, Baker Botts, Haynes and Boone, Lockelord, Bracewell, and Akin group.

We’ve taken the time to outline the work of an M&A attorney, the steps to gain a career in M&A, and the 15 highest-paid M&A attorneys in Texas.

You must have discovered that while it may be hard to get a career in M&A law in the states, it is very lucrative in various locations such as Texas.