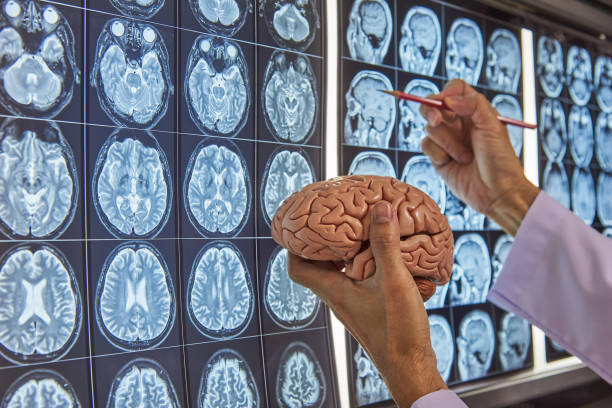 Neurosurgeons are fast becoming the highest paid in the medical field.

A neurosurgeon is a doctor who specializes in the diagnosis and surgical treatment of abnormalities of the central and peripheral nervous systems, such as congenital disabilities, trauma, tumors, vascular disorders, brain or spine infections, stroke, or degenerative spine diseases.

We will get straight to talking about the highest-paid neurosurgeons in the world and the best countries that pay them.

Meanwhile, below is a table of content of this article.

Why Become a Neurosurgeon?

There are various reasons you should consider being a neurosurgeon, especially if you want the opportunity to assist the hospital’s sickest patients with life-threatening neurological illnesses.

Neurosurgery is profitable because they are among the highest-paid medical specialties with an annual salary of $616,823.

How Much is a Neurosurgeon’s Salary

The average neurosurgeon salary is $634, 101 with compensation and other allowances. A neurosurgeon’s education, certifications, additional skills, and the number of years of experience may influence his pay too.

Who Is The Best Neurosurgeon In The World?

There are so many excellent neurosurgeons in the world. However, Bartolome Oliver a top-rated neurosurgeon in Spain is considered the best.

The Spain-born neurosurgeon currently heads the Neurosurgical department at the Teknon clinic. He has been practicing since 1979 and performs microsurgical operations through small incisions under a microscope.

Assoc. Prof Ali Zirh is also considered one of the best. With 29 years of experience, the world-renowned neurologist from Turkey has conducted over 1,500 successful surgical interventions for Parkinson’s disease and other movement disorders; over 1,000 Deep Brain Stimulation (DBS) Procedures.

How To Become A Neurosurgeon

The first step in choosing a career is to ensure that you are willing to devote yourself to it. You don’t want to squander your time on something you don’t enjoy.

Anyways, here are the steps to becoming a neurosurgeon.

All doctors must understand how the human body functions, how substances interact with it, and how forces affect it.

As a result, students interested in becoming doctors should study science in high school, focusing on biology, chemistry, and physics.

They must complete a bachelor’s degree program that includes pre-med required subjects like microbiology and biochemistry.

This standardized exam helps medical schools to assess a candidate’s training and skill set through a series of multiple-choice questions.

Many schools publish the average MCAT score of their incoming students on their websites to help first-year students understand how well they need to score to compete with other applicants.

Doctor of Medicine (MD) or Doctor of Osteopathic Medicine (DO) degrees are earned by neurosurgeons. Medical school is a four-year program broken into two halves.

The first two years of education are devoted to courses and lab work that intellectually prepare students for patient engagement. This training is in the biological and medical sciences.

They often include advanced classes in medical diagnostics, clinical research, surgical practice, and illness management for students who want to become neurosurgeons.

Graduates who want to work in neurosurgery must spend one year as a hospital intern after graduating from medical school.

Interns are not allowed to practice medicine without supervision and must stay within the training program parameters in which they are enrolled.

Physicians begin a residency program in neurological surgery after completing an internship, which typically lasts six to seven years.

Years one and two are devoted to learning neurosurgery, neuropathology, and neuroradiology.

Some programs offer laboratory research or experience in a subspecialty of neurosurgery in years three and four.

Administrative responsibility for all residents, acting as chief resident in neurosurgery, and aiding in surgeries are usual responsibilities during the final year or two.

Every state requires that all physicians be licensed. Candidates must have finished medical school and a residency program to appear for a state’s licensing exam.

The American Board of Neurological Surgery offers board certification (ABNS).

Passing the Board’s examination and gaining the credential indicates a surgeon’s dedication to excellence in the profession and boosts credibility and marketability in the medical community, while it is not required.

A physician who chooses to undergo additional training or a “fellowship.” in a specialty after or near the conclusion of residency is referred to as a “fellow.”

In neurosurgery, there are more than seven sub-specialties.
Most individuals believe that neurosurgeons perform all procedures. This couldn’t be more untrue.

The term “neurosurgeon” refers to a variety of sub-specialties.

Within the field, there are seven key sub-specialties. And there are.

Pediatric neurosurgery is one of the most common/highest paid subspecialties of neurosurgeons.

This subspecialty involves surgical operations involving the neurological system; nevertheless, pediatric neurosurgeons are primarily concerned with the well-being of children.

Approximately 700,000 Americans are affected by brain tumors today. Professional medical assistance is required for these folks. Such aid enables them to deal with concerns such as brain and spinal cancers.

The primary function of neuro-oncologists is to assist in the treatment of malignancies of the spine.

Neuro-Oncology is also one of the highest-paid neurosurgeons, with an annual mean salary of $180,870. The national average hourly wage for these workers was $86.

It is a type of surgery that deals with The identification and strengthening of blood arteries.

Do you suffer from an illness that causes brain abnormalities? Such issues arise as a result of vascular anomalies and necessitate neurovascular surgery.

Did you know that more than 3.4 million people in the United States have epilepsy? This is one of the most frequent functional problems in both adults and children.

Functional neurosurgery is used to treat a variety of diseases.

Epilepsy, mobility abnormalities, and cerebral palsy are examples of such conditions.

This is one of the highest-paid neurosurgeons in the world.

Traumatic brain injuries claimed the lives of more than 155 Americans every day in 2014.

Traumatology neurosurgeons deal with a variety of TBI-related injuries daily.

It’s important to note that these experts specialize in the restoration of brain damage.

This is another highest-paid neurosurgeon in the world

It is a type of surgery that is performed on the skull. Patients with diseases or injuries affecting the head should seek expert treatment from a skull specialist.

When dealing with injuries, these professionals focus on a different line of work than neuro-oncologists.

You can contact Robert Louis, MD if you’re looking for the best neurosurgeon.

As previously stated, spinal injury interventions fall under the category of neurosurgery. A spinal neurosurgeon performs the procedures during residency or as part of a fellowship.

Spine surgery is one of the most popular procedures for injuries that affect the elderly.

10 Highest Paying Countries For a Neurosurgeon

Doctors who specialize in the surgical treatment and management of disorders affecting the brain, spine, and nervous system are known as neurosurgeons.

They can also help with conditions that alter blood flow to the brain. To work as a neurosurgeon in any of this country, you must get a resident permit.

Additionally, according to the American Medical Women’s Association (AMWA), taking foreign language training is beneficial for doctors because many patients do not understand English.

According to some estimates, one out of every five Americans does not speak English at home.

The following is a list of nations with the highest-paid neurosurgeons in the world:

According to the Medical Group Management Association. The highest median income for general neurosurgery was roughly $823,213 and $719,805 for pediatric neurosurgery.

The median compensation in physician-owned groups was $762,728 according to MGMA, compared to $810,192 in health-system-owned groups.

Neurosurgeons in Norway earn around NOK 4.2 million per year on average, with bonuses available on occasion. That is equivalent to $460,000

Japan has one of the highest-paid neurosurgeons in the world. A neurosurgeon in Japan receives an average of 45 million Yen per year. Equivalent to $413,615.

One of the highest-paid neurosurgeons in the world is an Australian neurosurgeon. Neurosurgeons with a lot of experience in Australia earn around AU$502,000 per year, with a bonus of up to AU$102,000 each year.

In Denmark, the highest-paid neurosurgeon earns roughly 1.2 million DKK per year on average.

Full-time employees in public hospitals with no fee-paying customers earn between €180,000 and €252,000 per year($250,000). Those who work at public hospitals treating private patients receive a little less.

FAQ On Highest Paid Neurosurgeon In The World

What advice can you give me to help me achieve my goals?

You can become a neurosurgeon. It is a job you will enjoy. Pay and otherwise.

What steps do you take to become a neurosurgeon?

To be a neurosurgeon, you need to first go through high school, university, medical college, national license, internship, and then residency.

Where is the neuroscience patient cared for?

Patients with neurological disorders are treated in both inpatient and outpatient settings.

Who sees a neurosurgeon?

The surgical treatment of the brain and spinal cord is known as neurosurgery This encompasses a variety of brain, spinal cord, and nerve disorders and traumas.

Who is a neurosurgeon?

A neurosurgeon is a doctor who has completed four years of college, four years of medical school, a one-year general surgical internship, and six to seven years as a neurosurgery resident, among other qualifications.
Research, basic sciences, neurology, neuroradiology, neuropathology, and neurosurgery are areas where the resident spends time.