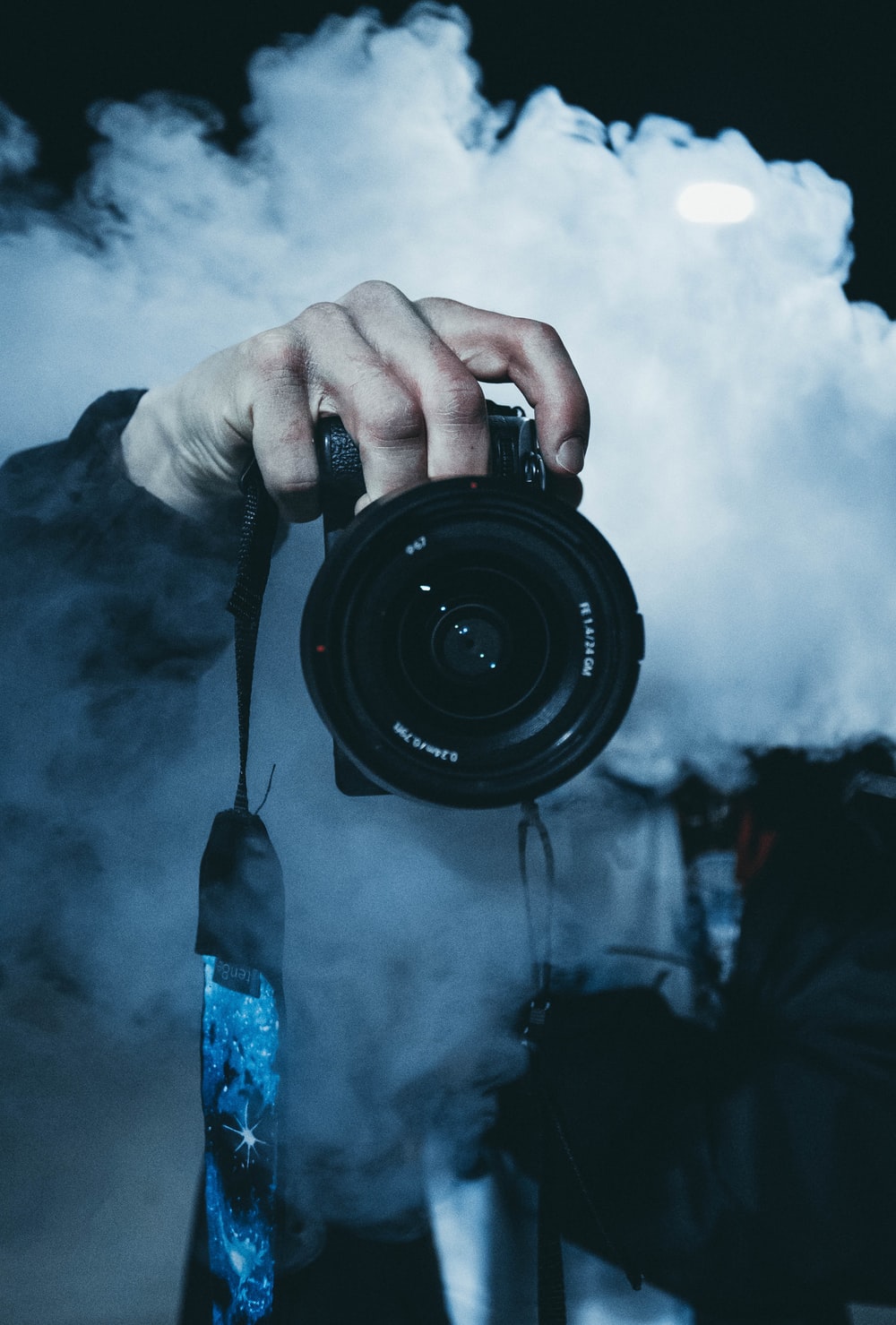 Photography has big prospects especially if you are willing to put in the work.

As a motivation for upcoming photographers, we have put up this article that contains the highest-paid photographers in 2022.

Read about them below and have an idea of the earning ability of this elite profession.

How Much Do The Highest Paid Photographers Make?

To respond to the question, “How much do the highest-paid photographers make”, you must specify the region or field in which the photographer may be working.

However, depending on your clientele, expertise, reputation, and location, as well as the budget set out for the advertising or marketing campaign, you can earn up to $15,000 or more each month as a photographer.

What Is The Average Salary For A Photographer?

It is important to note that the average salary for a photographer in the United States could vary and is dependent on a lot of factors ranging from years of experience, location, educational level, and qualification, performance, certificates, acquired skills, etc.

Below, we will discuss the highest-paid photographers.

Who Is The Richest Photographer In The World?

Her images have a distinct feel to them that is authentic in style, this makes Annie’s work easily identifiable.

Also, Annie’s art is synonymous with a common thread of candid candor and emotional lighting. She is popular for her iconic portraits of celebrities.

In fact, one of Rolling Stone magazine’s most iconic images of all time is Leibovitz’s Polaroid photograph of John Lennon and Yoko Ono, taken five hours before Lennon’s assassination.

Annie continues to work in the celebrity photography sector and is one of the highest-paid photographers in the world.

Additionally, Annie also teaches photography in classes and workshops. Vanity Fair pays her $3 million a year, while commercial clients such as Louis Vuitton pay her tens of thousands of dollars every day.

She is worth a whopping $245 million.

The top highest paid photographers in the world are below. In no particular order, they include:

The photographer, who was born in 1976 in Stockholm, specializes in celebrity and fashion shots. He has worked with clients from all around the world. His art has appeared on the covers of many magazines and in numerous advertisements.

RELATED:  How do Realtors Get Paid In 2022? Investment Tricks

Morgan Norman is one of the world’s highest-paid photographers. Having shot for a variety of publications, advertising agencies, and even record labels. He graduated from the Gamleby School of Photography and began working as a freelancer for various magazines after graduation.

Morgan Norman made a name for himself as an art photographer when he displayed some of his work at the Commedia Dell’arte and LIBIDO shows in the year 2008.

This photographer has a distinct style of photography that is loved in the fashion industry.

In his shots, these highest-paid photographer is known for their superb use of light and color.

He has a remarkable reputation as a fashion photographer due to his unrivaled ability to bring the model, outfit, and accessories into sharp focus.

Anyone who understands a little about photography will be able to recognize his work just by looking at it.

Lynsey Addario is known for capturing raw and dark images by venturing into the remote corners of the world.

She is a photojournalist and focuses mainly on human rights and social issues.

She has captured the predicaments of living in conflict-ridden and war-torn places such as Afghanistan, Congo, Iraq, and Libya. No wonder her pictures have been featured in New York Times, Newsweek, and Time magazine.

Her dedication to exhibiting the harsh realities of the world is second to none. While on assignment, she was also violently beaten and sexually abused.

George Steinmetz is a photographer from the United States. His work has appeared in publications such as The New Yorker, Smithsonian, TIME, and The New York Times Magazine, and he is a frequent contributor to National Geographic.

He’s also known as The Flying Photographer and is famed for his low-altitude aerial photography.

His work combines layers of information that show themselves when you stare at an image for prolonged periods of time.

He loves flying with a paraglider over flying in a plane because it is more comfortable and allows him to shoot more creative images.

His recent study on Feeding China, which was featured in National Geographic, demonstrates how China feeds its vast population despite having limited arable land.

George Steinmetz is worth somewhere between $100,000 and $1 million. Though this isn’t the largest sum, it’s still evidence that he’s one of today’s highest-paid photographers.

Terry Richardson is a fashion and portrait photographer from the United States.

The photographs are difficult to look away from, even if they are provocative for some. Celebrities, hedonism, sexual notions, nudity, and strange comedy are all prominent themes in Terry Richardson’s work.

The photos’ quirkiness is part of what makes them so fascinating. Richardson’s photographs are highly sexualized and punk in style.

He is one of the highest-paid photographers worth between $ 1 million and $ 5 million.

Also read: How to Make Money as a Photographer | 20 Easy Ways

Cindy Sherman is a pioneer in feminist photography.

She got her career started in a series of black-and-white photographs challenging the way we perceive women in Hollywood.

Cindy Sherman is an abstract photographer best known for her conceptual self-portraits. She typically shoots her photographs in a series that tell a narrative.

She is worth a whopping $35 million.

Steve McCurry is a photojournalist and photographer from the United States. He is known for his evocative color photographs.

The “Afghan Girl” is his most renowned photographer. The green-eyed girl was featured on the cover of National Geographic magazine.

McCurry has worked for National Geographic on a number of projects. He has also received a number of honors. He is worth between $1.5 million and $5 million.

Stephen Shore is a photographer popular for his photos of everyday objects and scenes in the United States, as well as his banal scenes and objects and his pioneering use of color in art photography.

Uncommon Places and American Surfaces are two of his publications, both of which feature images he took on cross-country car excursions in the 1970s.

Although his salary is unsure, he has a net worth of $7 million.

Joel Meyerowitz is a street, portrait, and landscape photographer from the United States.

He began photographing in color in 1962 and was an early proponent of the use of color at a period when color photography as serious art was viewed with suspicion.

This highest-paid photographer has a net worth of a whopping $5 million.

Gregory Crewdson is a photographer from the United States. He takes shots of tableaux of American homes and neighboring.

Primarily renowned for producing dramatic suburban scenes in films. He is believed to have a net worth of $3 million.

Joe McNally is a National Geographic Society photographer who has been shooting for the organization since 1987.

This highest-paid photographer has a net worth between $1 million and $4 million and a salary range between $400K and $800K.

Timothy Allen is best known for his work following indigenous peoples in far-off lands, but he also happens to run a photography scholarship.

Nick Veasey is one of the outliers of this group of highest-paid photographers because he works almost exclusively with x-ray photography.

He claimed his most controversial work, an “x-ray” of a Boeing 777, was the largest x-ray photograph in the world but most media believes the photograph is not real.

Nobody knows exactly how much Nick Veasey is worth, but he’s included in most lists of the highest-paid photographers for the length of his career as well as the top-tier companies he works for.

Marco Grob is primarily known for his portrait photography, although he has also conquered the fashion photography world.

What Is The Average Salary For A Photographer?

How Much Do The Highest Paid Photographers Make?

you can earn up to $15,000 or more each month as a photographer, depending on your location and other factors.

Who Is The Richest Photographer In The World?

Remember that photography isn’t always for artistic pleasures alone, there is a lot at stake (especially for those who are the stakeholders). Photographers capture images not only for the sake of collecting accolades but because photography is what they feed through.

Since photography is a career, we have put up this list of the highest-paid photographers in the world.