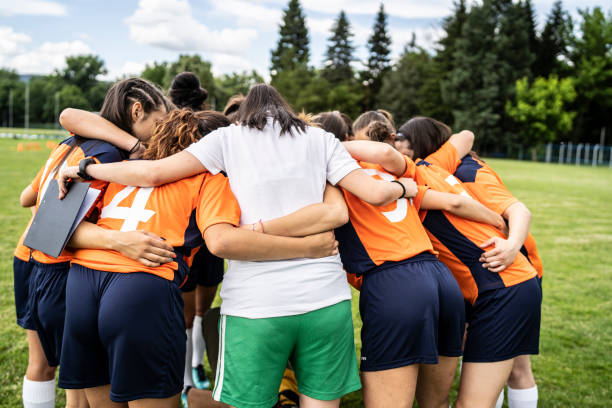 The concept “sports” encompasses a different sphere of human existence, it has been known to be riddled with emotions, in victories you see the joys and tears of joys, and in defeats, you perceive the scent of sadness.

This human activity also comes with a ton of anxiousness and anxiety. By definition, the term sports often encompasses competition.

According to  Dictionary: sport is an activity involving physical exertion and skill in which an individual or team competes against another or others for entertainment. For there to be a team on sport there would be two or more players on one side.

Considering that in recent times, this concept has given banks cause to smile home due to its lucrative nature,  we often wonder how much a particular team earns or we make wild guesses in arguments as to their net worth and other allied facts.

In this article, we would be brought to you different teams from a number of sports, and while doing so, we would reveal some details about them.

However, before we proceed, we would like to list some examples of team sports which you may or may not be familiar with.
We have the

What makes a team valuable?

Proceeding further, we would bring to your notice things that make a team valuable. It is noteworthy to state that the value of a sports team is basically recurrent on its franchise which may be affected by certain factors.

By franchise, it means the contractual rights that are bestowed on a person or group in relation to the rights of the owner of a team for the purpose of managing the team financially and otherwise. Furthermore, there are certain factors that affect the boost of a sports franchise. These factors include

Considering the fact that where there is more demand for a commodity, there is a resultant increase in price. In the world today, there are fewer teams as compared to persons or groups willing to buy them.

This also is another component to consider, by way of example, where a team trains well enough and keeps acing the scores, this would drive up its franchise due to its near-perfect performance, on the contrary, a team that performs badly send its franchise bid down towards the mud.

Now heading to the meat of the discourse, 15 highest paid sports teams in the world.  Doing this, would not constrict you to a particular sports team in a particular field of sport, thus we would be highlighting only three teams from each category of sports until we reach the required quota.

A brief introduction to the game of basketball: basketball is a game played between two teams consisting of five players on each team on a rectangular court, may be outdoors or indoors.

Each team tries to score by tossing the ball through the opponent’s goal, an elevated horizontal hoop and net called a basket. Now to the three highest paid sports teams basketball teams according to the NBA league.

The Knicks is an abbreviation of their full name the knickerbockers is one of the founding members of the NBA which came about as the result of the merger of the BAA and NBL.
It’s important to note how the value of the Knicks has risen financially. A breakdown of their value, revenue, and operating income is rendered below:

While as of 2021, they are currently valued at USD$5 billion generating a revenue of USD$421 and operating income of USD$178 million. The team is owned by Madison Square Garden Sports. They purchased it in 1997 at the price of USD$300 million.
To visit their website, click this link:
https://www.nba.com/knicks/

Golden state warriors are among the highest paid sports teams globally. Originally it was founded in Philadelphia in 1946, they are presently based in San Francisco. The team plays their home games in their famous chase center which they own too. They experienced a certain percentage of boost in their value in the last five years. The breakdown is relayed below.

This team is owned by Joe Lacob and Peter Gruber.
The Golden State Warriors are currently valued at USD$4.7 billion yielding a revenue of USD$470 million with an operating income of USD$200 million.
Website: https://www.nba.com/warriors/

Read Also: Highest Paid Paintings in the World | 10 Most Expensive in 2022

The Los Angeles Lakers are the team that has won most of the NBA championships with 17 victories Valued as of 2021 at USD$4.6 billion, with an operating income of over USD$155 million and a revenue of USD$400 million the Lakers sit comfortably on the third position.

This team is owned jointly by Buss Family Trusts, Philip Anschutz, Edward P. Roski, and Patrick Soon-Shiong. Their rival is the Boston Celtics. A breakdown of their valuation from the last five years is displayed below.

A brief introduction of ice hockey: This is a contact team sport played on ice, usually in an indoor or outdoor arena called a rink, where two teams of skaters use their sticks to shoot a pneumatized rubber puck into the opponent’s net to score goals.

The 3 highest paid sports teams in ice hockey. We would be going with the NHL. They are

New York Rangers is one of the highest-paid sports teams in the world. This professional hockey playing team is based in New York City, the team is one of the NHL players located in the city. It plays its home game in the Madison Square garden.

The team is also owned by Madison Square Garden sports, which purchased the team in 1997 at the whooping sum of USD$ 195 million.

Below is a breakdown of their value from the last five years.

It was purchased in 2012 at USD$1 billion. Presently they play their home games on the Scotiabank Arena. A breakdown of their value from five years ago is listed below.

This team is owned by the Molson family, they purchased the team’s franchise in 2009 to the tune of USD$575 million. They play their home game in the Bell center Arena

Brief information on football: Soccer basically means a game where two opposing teams of eleven players try to kick the ball into the other team’s goal net.

RELATED:  Avast vs Norton: Best Antivirus in 2021 for PCs, Mac, and Other Devices

The top 3 highest paid teams in the world.

Barcelona FC as it is called is one of the three founding members of the Primera Division, not gare have ever been relegated from the top. The other members are Atletico Bilbao and Real Madrid. It plays its home game at Camp Nou.

Regarding the ownership of the club, there is no one individual who claims ownership and they don’t sell shares, rather they sell membership forming an association called Socis die to a breakdown down their valuation from the past 5 years till date is written below.

Also due to the coronavirus pandemic, which affected the year 2020, there are no conclusive records on value. Thus it is skipped.

This clubs is a Spanish football club based in Madrid. Has its full name as Real Madrid club de It’s ownership is operates In a similar manner as that of Barcelona FC.

Its stadium is the Santiago Bernabéu Stadium. The team is also a great rival to Barcelona, which often results in the El classic whenever they get to play against each other.
On the breakdown of its value from five years ago till death:

This is a German professional sports club that is based in Munich, Bavaria. The club plays in the Bundesliga, the top tier of the German football league system. The club is also the most successful club in German football history, having won a record 31 national titles.

On the club’s ownership, it is Majorly run by company FC Bayern München AG due to its 75% stake the other remaining percentage is owned by some other person.

But generally, the day-to-day administration of the club is run by the club members, in a much more similar manner as that of Real Madrid. Professional football at the Bavarian club is majorly run by spin-off company FC Bayern.

Read Also: 10 Highest Paid College Professors in the U.S in 2022

Brief information on baseball: according to Wikipedia, Baseball is a bat-and-ball game played between two opposing teams who take turns batting and fielding.

The game proceeds when a player on the fielding team, called the pitcher, throws a ball that a player on the batting team tries to hit with a bat. For more on the meaning of baseball, the link is in the reference.

In this category, the three top teams are

The team is based in the New York borough of Bronx and also plays in Major league baseball.
On the break down of Its value from five years ago:

The team is owned by the Yankee Global Enterprise which is championed by the Steinbrenner Family which they purchased in 1973 at the sum of USD$8.8 million
Official Website: https://www.mlb.com/yankees/

The club was purchased in 2012 by the Guggenheim baseball management to the tune of USD$ 2 billion.

RELATED:  Worthy Bonds Review 2022: Is It Legit Or Scam | How It Works

Their home stadium is called the Dodger stadium and it has a 56,000 seating capacity.
Official Website: https://www.mlb.com/dodgers/

This baseball team was founded in 1901 and is based in Boston. The club is owned by Fenway sports group which also owns the football club Liverpool FC.

The franchise was purchased in 2002 at USD$380 million. Its media partner are NESN for the television segment, and WEEI under the Radio segment. Its value assessment from five years ago:

This is a form of team game played with an oval ball on a field marked out as a gridiron. Points are scored mainly through touchdowns and field goals. Each side consists of eleven players on the field at a given time.

The top 3 most valued teams in this category are the:

The team has its headquarters in Frisco, Texas, and plays its home games on the  AT&T Stadium in Arlington, Texas, it is owned by Jerry Jones which he purchased in 1989 to the tune of USD$150 million. The team has as its Media partners as CBS TV and the Fan Radio station.
Five years value assessment.

Their major sponsors include AT&T, Bank of America, Ford among other sponsors.

The New England Patriots is an American football team based in the Greater Boston area, playing in the NFL. The club is owned by Robert Kraft, purchased in 1994 for USD$172 Million. Its five years value assessment is rendered below:

Its Media partners include WBZ TV and 98.5 sports Hub.
The team plays its home game on the Gillette stadium that has a 66,000 capacity. Major sponsors include PepsiCo, Dell Technologies, and Gillette.

Read Also: Who Are The Highest Paid Underwater Welders? | Top Countries In 2022

This football team is based in the New York metropolitan area. Also, one of the top teams in play at the moment too. They ranked third most valued football team in the NFL.

It is owned by John Mara and Steve Tisch. Which was purchased first in 1991 and then in 1925 at USD$ 150 million and USD$500 million, respectively. Their media partners are 4 New York, MSG for television, and W FAN and WADO as Radio partners.

Below is their five years value assessment.

Their home games are played on their MetLife Stadium with an 82,500 seat capacity.

The article on the highest paid sports teams has brought the values both present and past of the top 3 teams in different categories ranging from soccer, football, baseball, and other team contact sports.