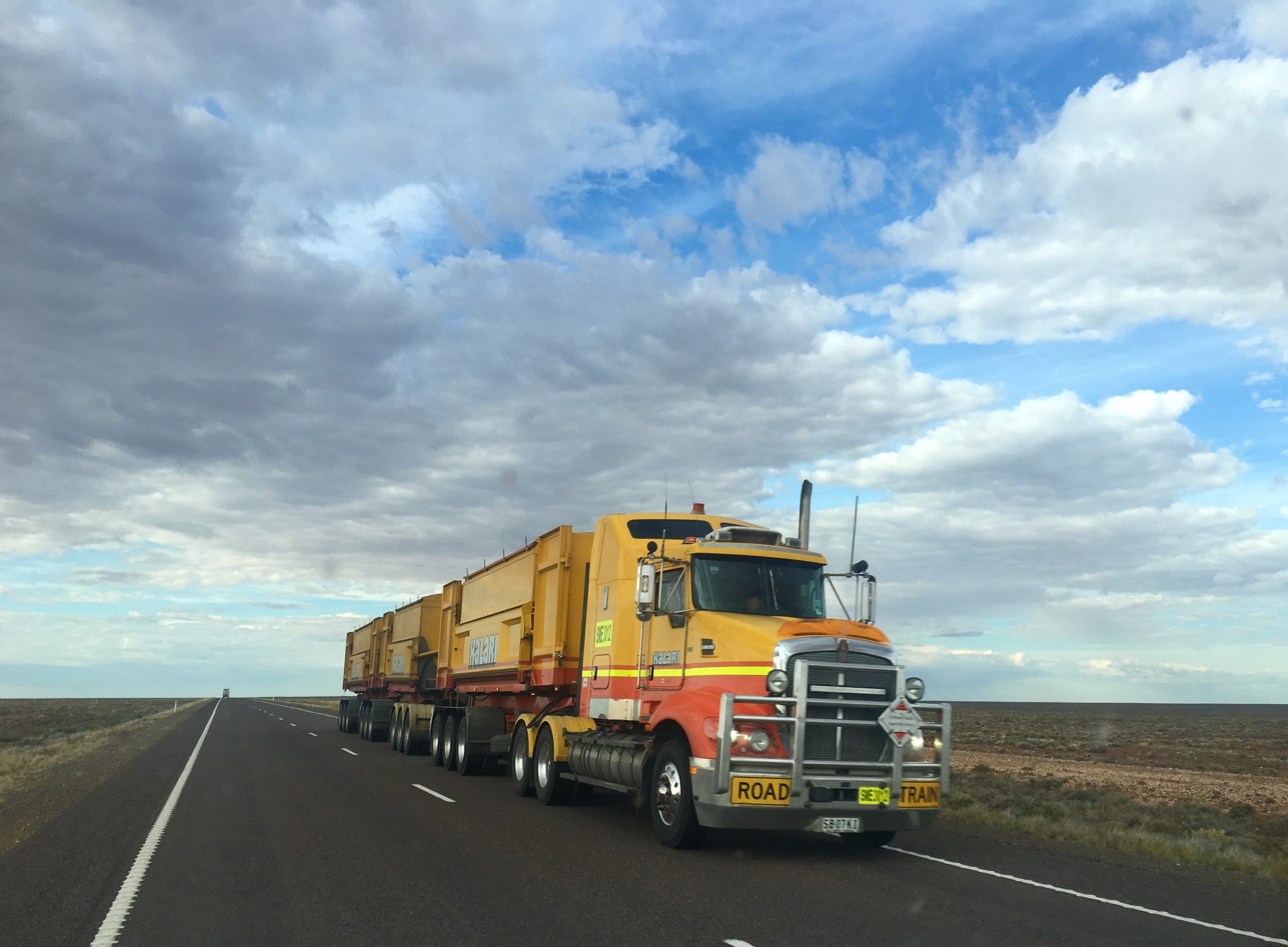 Are you fascinated with big trucks, have you ever wondered what it’d be like to drive one? Or maybe you’re just curious about what these big guys in big trucks earned? This piece on the highest-paid truck drivers in the world will answer your queries.

Truck drivers have been around for a very long time and their value to every country’s economy is enormous.

Their importance was once more acknowledged during the lockdown World-over, due to the COVID 19 pandemic.

With lots of businesses closed in this period, consumers resorted to online shopping. For those ordering things across state lines, their orders getting to them were left in the hands of truck drivers.

These drivers operated but in strict adherence to health guidelines, and, as the need for their services sky-rocketed, their wages got better.

Today, the world has gone back to virtually the way it was before the pandemic, but the need for truck drivers is still very much the same.

Therefore, in this article, we’d be looking at countries with the highest paid truck drivers in the World.

Truck drivers are as important as trucks are to every transportation system. They are charged with some of the most essential services one can think of. These services include; garbage collection, fire, and construction services.

They also transport from one city to other goods of daily use, consumer products, foodstuff, grains, and agricultural produce.

Trucks or the truck business isn’t just an integral part of our transport system, it now has an enormous impact on the economy at large.

With this in mind, it has become pertinent that we take care of our truck drivers in the best ways possible. After all, they deliver such vital goods and services.

The sad tale is many countries ignore this fact – and boy! do they pay for it?

Meanwhile, there are a few countries that pay their truck drivers handsomely. Nonetheless, how much a truck driver earns is highly dependent on their location, size of the vehicle, and the organization they work for.

Additionally, seniority and/or experience, among other factors can contribute to this.

According to the American Trucking Association, good truck drivers with clean track records are not readily available. Therefore, anyone who is looking to have a career in trucking can have an illustrious one if they protect their CDL license.

Truck Driving is definitely a promising career you can rely on.

RELATED:  Webuyanycar Reviews 2022: Is It Legit or A Car Selling Scam

Below, we will discuss the highest paid truck drivers in the world.

This line of work is obviously not for everyone, but for some, it’s a dream job. As hard as it might seem, the good thing is you get to see new cities every day, and it’s somewhat flexible, unlike 9-5 jobs.

So if you’re preparing to go to school to get your CDL, it’s important to understand what you’d be up against. This will help you ascertain if truck driving is indeed for you. Let’s see some of the real difficulties truck drivers face.

My friend Mike is a loner, so much so that, I don’t even know how he’s my friend. He’s a great guy nonetheless with lovely kids and a beautiful wife. However, he’s had trouble keeping jobs. And this is not because he’s not great at these jobs but because he’s a loner. They typically interfere with “his lone times”

So he decided to try out something entirely different from what he’s used to (9-5), and it’s been two years and counting as a truck driver, and I doubt if I have ever seen him this happy on a job.

The long hours on the road accords him the opportunity to enjoy his own company as much as he wants and still make money off it.

So, if you’re like Mike, then you should definitely give truck driving a thought. Imagine that feeling you get on a long road trip when you get into the groove of driving. Plus you’ll get to meet lots of new friendly faces from places across the country.

Truck Driving is a solitary gig, you only interact with people at truck stops, gas stations, and warehouses. But if you love to spend time alone like most CMV drivers, you can use your time on the road to reflect, listen to music, podcasts, audiobooks, and more.

However, if being alone is not for you, you can team-drive with others so that they can alternate shifts. Additionally, you’ll be part of a giant community of drivers across the country.

2. Working Long Hours Can Be Hard for Truck Drivers

Any CMV driver can tell how long the hours are if you ask how hard their job is. Some drivers go as much as 2500 miles in a week just to meet up deadlines. And some of these rides happen late at night or very early in the morning.

But the good news is, that you control your schedule to a large extent.

Therefore, you may clock more hours than someone at a Monday–Friday desk job, but you get to set your own pace, have a degree of financial stability, and get to see new places every day.

This is one of the reasons truck drivers get paid one of the highest salaries in the world.

3. Is Truck Driving Hard on Your Body?

It has been established that you will travel across the United States, Canada, and Mexico, as a truck driver. And there are very long hours and that can be hard on your body.

RELATED:  How Much Can You Earn While On Social Security In 2022

But it doesn’t have to be. All you need is to ensure that you eat healthily, and include fruits and vegetables in your meal plan.

Additionally, make sure you’re getting some exercise during stops and breaks, and take time to get a good night’s rest.

4. Truck Driving Can Be Hard, But Rewarding

Truck driving isn’t always easy, but once you complete TDI’s three-week truck driving school and launch your career on the road, the benefits far outweigh the challenges.

So, the next time someone asks, “Is truck driving hard?”, tell them that you’ll be able to travel the country, find job security, and get independence that you could only dream of working in an office.

Also read: Who is the Highest-Paid NFL Player? | Top Ten NFL players in the World

Countries that Need Truck Drivers in 2022?

The United States of America recently experienced a shortage of truck drivers. The American Trucking Association opined that the industry is 80, 00 drivers short.

So, the USA is one of the countries that truck drivers in 2022. Other countries you should consider if intending to work as a truck driver include Australia and Norway.

How Much is a Truck Driver Salary in Canada?

Truck drivers’ salary in Canada is dependent on a number of factors like employer and years of experience. Also, licensing is very important.

However, truck drivers in Canada earn $24.02 per hour on average.

Countries that have the Highest Paid Truck Drivers in the World

Here are a few countries that pay their truck drivers handsomely (US Dollars).

Having looked at what truck driving is all about and how hard it can be, and of course why it’s a good career choice, We’d be looking at countries with the highest-paid truck drivers in the World.

Australia has over 700,000 truck drivers, and the average salary is AU$100,00 for the interstate HC & MC truck drivers. Truck drivers based in New South Wales might be earning a little higher, as they are among the highest-paid truck drivers.

Truck drivers in Switzerland make an average of CHF64,000 every year and this can rise to be as high as CHF92,000.

A long-distance tractor-trailer driver can make between CAD70,000 – CAD75,000 depending on different factors.

Drivers who have specialized in localized pickup and delivery earn on average around CAD40,000 while a long-haul tractor-trailer operator based in Alberta should be able to earn over CAD100,000 annually.

RELATED:  7 Ways to Make Money for a Nonprofit Organization in 2022

According to a survey done by the American Trucking Associations, the median salary for a truckload driver working a national irregular route was over $53,000.

Also read: Top 10 Colleges with The Highest Paid Graduates in the World |2022

The largest share of Danish truck drivers had a monthly income of between 24,000 – 27,000 Danish Kroner. The highest paid are able to make over 43,000 Danish kroner every month.

German truck drivers are able to bring in an average of €34,000 annually. This can rise to as high as €53,000 yearly for the top paid drivers.

The average annual pay for truck drivers based in Italy is around €32,500.

The largest share of Swedish truck drivers has a monthly income of between 22,000 to 25,000 Swedish Kronor.

The average income of a truck driver in the Netherland is $48,000 per annum. This can, however, varies from one organization to the other.

Truck driving like most other endeavors has its challenges, however, it also has its intrinsic benefits. To excel in this field, one must be disciplined while discharging his or her duties.

You must also do your possible best to extricate yourself from any actions on the road that might have your license revoked.

Whatever legit reason you have in mind for wanting to pursue a career in Trucking, there’s space for you to thrive.

Finally, I’d like to think that I have answered some if not all of the questions you might have with regard to truck driving. If not, kindly let us know in the comment section.

FAQs Highest Paid Truck Drivers in the World in 2022

Trucks are an essential component of many supply chains since they transport 72% of the items we use in the American economy.
There is also a scarcity of truck drivers in nations like Germany, France, Denmark, and Norway.

How much do UK truck drivers make?