How Does Afterpay Make Money

Questions arise when a company offers a similar product at a lower rate than its alternatives. Since Afterpay interest-free loans, the question of how it makes money has been constantly asked. Here’s a comprehensive look at their two revenue sources and the various products and services they provide, as well as the Afterpay business model, year-over-year revenue, Afterpay partnerships, and how Afterpay operates.

An Overview of Afterpay

Afterpay Limited (abbreviated as Afterpay) is a financial technology firm based in Australia with operations in the United Kingdom, Canada, the United States, and New Zealand. Nick Molnar and Anthony Eisen established Afterpay in 2014.

Afterpay combined with Touchcorp, one of its technology providers, in June 2017 to form the Afterpay Touch Group, the company was renamed Afterpay Limited in November 2019.

In August 2021, Afterpay and Square, Inc. (later renamed Block, Inc. in December 2021) announced that they had reached an agreement for Square to purchase Afterpay for US$29 billion (A$39 billion), which was completed on January 31, 2022.

Customers can pay for goods and services in equal monthly payments. Late fees are charged, but no interest is charged. Merchant fees, late fees, and cost-per-click advertising are all sources of revenue for the company.

Learn more about how Afterpay recruits new clients and whether the technique works in the article below. Where can I use Afterpay? Is the business a success? You can find the answers to these and other questions by scrolling down below.

How Does Afterpay Work?

When customers take out a loan, they can divide their payment into four equal installments of 25% of the total loan amount. The first payment is made at the place of sale, and the remaining three installments are made every two weeks following.

Users who sign up for an account with Afterpay can take out as many loans as they like. However, the lending service has a total borrowing limit of $2,000, with a cap of $1,500 on any single Afterpay purchase.

The company has had significant success with its concept with renowned brands like Lululemon, Pandora, ASOS, The RealReal, forever 21, and thousands of others in its merchant network.

So, since Afterpay doesn’t charge customers an APR on their purchases, how does it make money? How does it ensure that all loans are approved? Afterpay makes most of its money by charging failing clients late loan installments.

How Does Afterpay Make Money

When AfterPay launched in 2014, multiple participants in the worldwide BNPL market, including Affirm and Klarna and PayPal, offered their BNPL payment option to their merchants at checkout. In the Australian market, however, there were no such players.

That meant Molnar and Eisen, the adventurous duo, had a wide-open field to explore, to establish a BNPL product for Australian retailers. The team collaborated with TouchCorp, a specialist in designing payment tech solutions.

Afterpay earns money by charging merchants fees for transactions made through their site and late payment fees to customers. It’s a straightforward, though divisive, business concept.

As previously stated, Afterpay does not impose any additional fees or interest on its customers’ purchases. However, each sale processed through the Afterpay network requires the merchant network to pay a percentage fee. This price typically ranges from 4% to 6% of the transaction value, plus a $0.30 flat-rate fee.

Merchants also benefit from paying transaction fees on a sliding scale basis. The lower the percentage fee, the more a merchant uses Afterpay. Afterpay now has about 75,000 retail partners, making it one of the most widely used in the world. Users can use interest-free loans from renowned businesses to fund their purchases.

Because Afterpay conducts the underwriting and assumes responsibility for any default, merchants avoid the risk of offering the POS loan. In other words, they pay the merchant right away and take the risk of client payback.

As a result, it’s a fantastic deal for the merchant, as According to Afterpay, a merchant that offers its service can improve annual sales volumes by up to 20%. Rather than late fees, merchant fees now account for most Afterpay earnings.

Late fees on loans paid by clients account for less than 10% of Afterpay’s revenue. The customer receives an invoice with their next payment due date when they take out the loan. On the agreed-upon date, Afterpay deducts the set installment amount immediately from the nominated debit or credit card.

Afterpay enables one complimentary rescheduling of the payment date if the consumer does not make their loan payment on the agreed-upon date. Afterpay levies a $10 late fee if you miss a payment without arranging a new payment date.

After seven days, the firm tries to bill again. If they cannot retrieve the payment, they will impose a $7 late fee. If you don’t finish that payment, Afterpay will carry the balance to the following amount. They’ll charge you another $7 if that payment fails as well.

The maximum late fee for orders less than $40 is $10. Late fees for orders beyond that amount are capped at 25% of the original order value.

Many consumer commissions believe that Afterpay engages in predatory lending practices, with late fees accounting for most of the company’s revenue.

They claim that Because Afterpay provides its services to all customers regardless of their financial situation, it puts them in danger of financial stress and debt.

As a result, some consumer groups filed a lawsuit against Afterpay for its lending practices.

On their Android and iOS apps, AfterPay developed an in-app advertising approach where their partner merchants may promote their ongoing discounts.

Secondly, businesses pay per click if millions of customers who have downloaded Afterpay on their mobiles find a bargain that appeals to them.

Given the high likelihood of these customers selecting BNPL at checkout, this is a rather clever approach, as it implies AfterPay gets money not only at the top but also at the bottom of the funnel!

In the first half of 2021, AfterPay lost $79 million despite the revenue streams.

While revenue increased by 89 percent in FY21, costs increased by 151 percent, resulting in a $79.000 deficit. What is the most oversized out-of-the-ordinary cost line item?

AfterPay expanded into the UK in FY21, and there were undoubtedly a lot of marketing initiatives and operating costs associated with setting up in a new geographic area. This was estimated to cost around $4 million and is, unsurprisingly, a one-time expense. Even while sales in the United Kingdom totaled $$785 million, they accounted for less than 7% of overall revenue.

Their Marketing Expenses were the second major cost item. AfterPay now uses a lot of digital paid media advertising to attract new customers, particularly Gen Z, who spend a lot of time on social media. There was also in-store visual promotion to promote the AfterPay brand with its key merchants.

Finally, there’s the cost of infrastructure and technology. Being a fintech company necessitates a lot of regulatory and technological maintenance.

Profit And Risk Of Afterpay

Afterpay’s revenue from late fees increased by 365 percent to $28.4 million last fiscal year. In contrast, merchant fees (the fees Afterpay charges retailers on transactions where the platform is used) account for the majority of Afterpay’s profit, fees paid to consumers who failed to make a payment account for around a quarter of the company’s profit.

Late payment costs can reach up to $68.00 per transaction, depending on how late the payments are and how many are missed.

According to a 2017 survey of Afterpay customers, 36% were unaware that their actions could affect their credit score. “… Afterpay reserves the right to report any bad activity on your Afterpay account,” it says right there in the fine print.

Banks and other financial institutions use credit ratings to determine a person’s capacity to meet financial obligations based on their transactional history. A bad credit rating could hurt your chances of getting a mortgage, credit card, or another significant business loan.

Consumer safeguards are not established in any statute due to “buy now, pay later” services functioning without regulation. As a result, consumers may be at a disadvantage in a service issue in many circumstances.

The National Consumer Credit Protection Act of 2009 establishes criteria for traditional financial services, such as the requirement of a license, membership in an external dispute resolution agency, and adherence to responsible lending principles.

The Australian Senate agreed in October 2018 to initiate an investigation into unregulated debt-management organizations and unregistered financial services providers like Afterpay. “This Senate inquiry is a significant undertaking,” Consumer Action Law Centre chief executive Gary Brodie told ABC. “It will expose those financial-services companies who have been left free to prey on financially distressed Australians for far too long.”

Amid the year’s biggest shopping season, shoppers are being reminded to think about the risks and repercussions of credit programs like Afterpay. Its convenience is evident, but it should be noted that it can negatively damage unknowing users’ financial situation and credit rating.

In conclusion, afterpay continues to expand thanks to its testimonial network. The company has millions of happy consumers, and it continues to add more users and merchants to its database each year while also raising the average transaction price.

The corporation uses social media influencers to get the word out about its services to its customer base.

With the purchase of Pagantis, a Spanish BNPL company, for $82 million, Afterpay intends to continue its acquisition of other BNPL companies.

Afterpay now has over 11 million customers all around the world. More than 1,000 employees work for the organization, which has seven offices across the globe.

FAQ  on How Does Afterpay make money

What are the countries that have AfterPay?

In the future, availability may be expanded to include more European countries. A Swedish company with the same name provides similar services to Europeans alone to add to the confusion.

What happens if you don't pay your Afterpay bill on time?

If a consumer fails to make a payment, Afterpay imposes a $10 late fee, plus another $7 after seven days, to deter this behavior. If the consumer fails not to pay, Afterpay will write off the original loan and the fines.

What's the best way to pay my Afterpay charge before it's due?

You can access your Afterpay account at any time to view your payment schedule and make a payment before the due date. Otherwise, we will automatically deduct funds from your debit or credit card on your payment due dates.

What is the procedure for using the Afterpay card?

To make a contactless payment at checkout, download the Afterpay mobile app, follow the in-app instructions to set up the Afterpay Card, then use the Afterpay Card with Apple Pay or Google Pay. You’ll pay 25% at the time of purchase and take your item home the same day. It’s that simple! 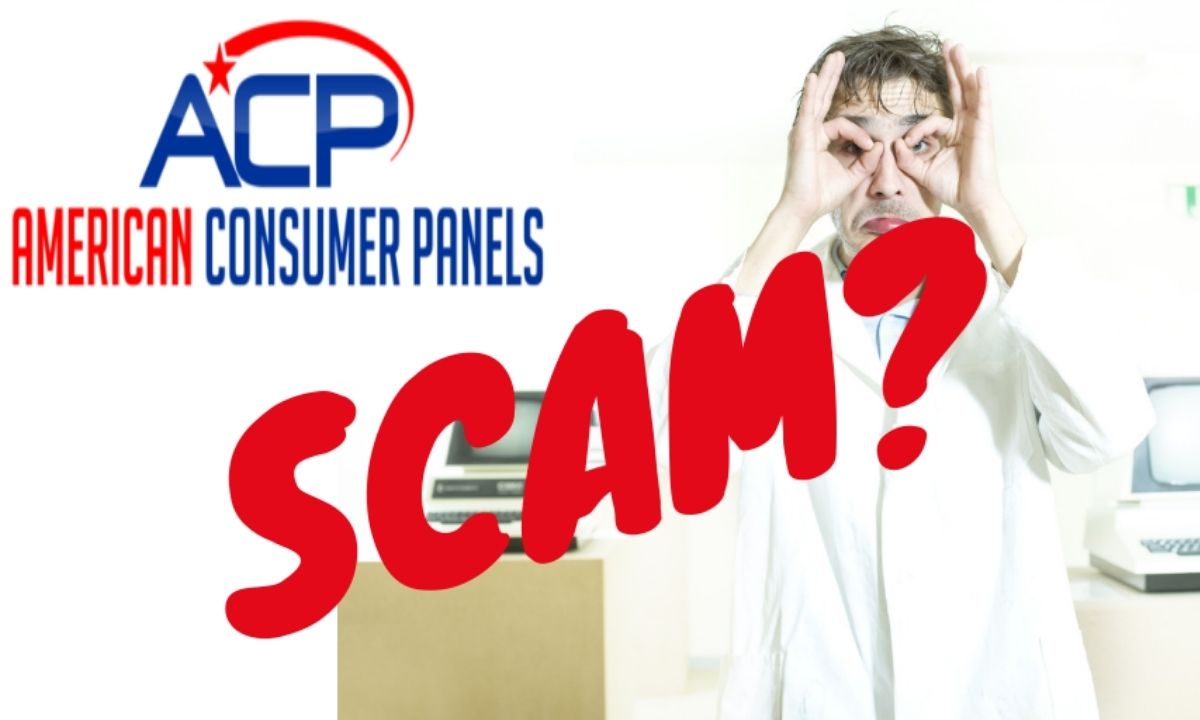 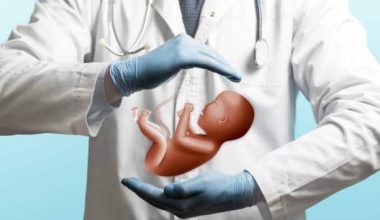 Read More
RReviews
How much do surrogates get paid? Do you know? Not many do, and that’s the reason why proper… 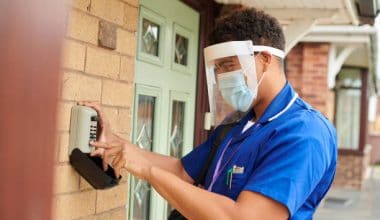 Read More
RReviews
Vivint has been in the home security business for almost 20 years. It was renamed in 2011 and… 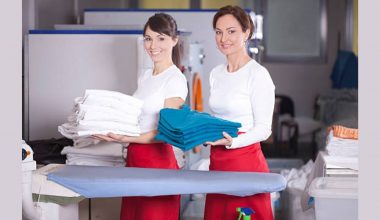 Read More
RReviews
Keeping clean is not always easy, and this could be good. It is good because it opens up… 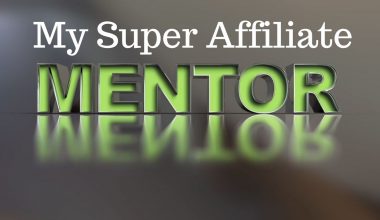 Read More
RReviews
Affiliate marketing is one of the dominant ways to make money online but can be very frustrating, especially… 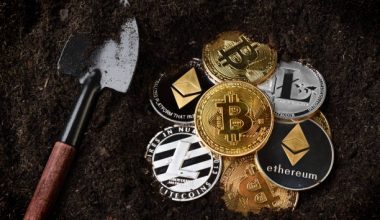