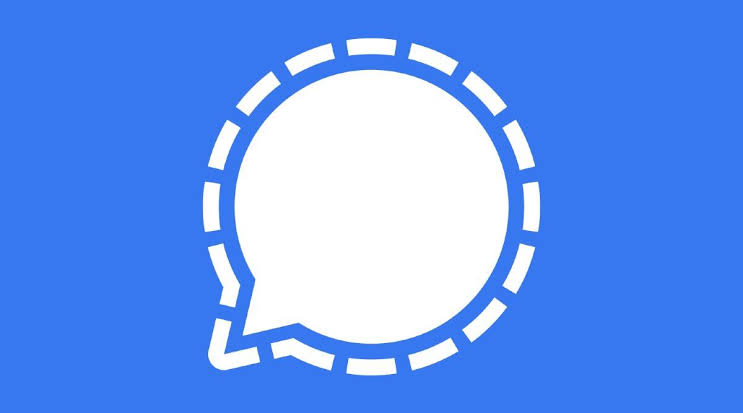 The platform depends on these donations to keep providing its services and has evolved to be one of the most used messenger apps in the world.

Signal is a messaging app that enables users to communicate among themselves using text messages, voice messages, or video calls.

Its USP (Universal Selling Point) centers on privacy and encryption. And this distinguishes it from other messaging apps. Messages are end-to-end encrypted, and users of the platform are not tracked.

Signal runs an open-source platform. What this means is that anybody can donate to its growth. The platform’s codebase is stored, and you can only access it through its GitHub repository.

Its user experience is synonymous with other messaging apps. Users can converse with voice notes, texts, and stickers and create group chats.

To register on Signal, you need to provide your phone number. Each Signal user’s account is linked to the number they provide during sign-up.

You can use Signal on several tablets, mobile phones, and computers running on Linux, Mac OS, and Windows.

Signal is the successor of the RedPhone encrypted voice calling app and the TextSecure encrypted texting program. The beta versions of RedPhone and TextSecure were first launched in May 2010 by Whisper Systems, a startup company co-founded by security researcher Moxie Marlinspike and roboticist Stuart Anderson.

Whisper Systems also produced a firewall and tools for encrypting other forms of data.  All of these were proprietary enterprise mobile security software and were only available for Android.

In November 2011, Whisper Systems announced that it had been acquired by Twitter. Neither company disclosed the financial terms of the deal. The acquisition was done “primarily so that Mr. Marlinspike could help the then-startup improve its security”

Moxie later left Twitter to form Open Whisper Systems, which actively supports the open-source TextSecure system. After working on it, he built the underlying policies for instant messaging and encryption.

After TextSecure and RedPhone were integrated in 2014, Signal was born. The app, however, was only available for iOS devices.

In 2015, he founded TextSecure to provide encryption for Android texting. And later that year, Signal for Android was born from the merger of RedPhone and TextSecure.

The work continued until 2018, when WhatsApp co-founder Brian Acton quit owing to differences in the app’s security.

He joined Moxie and gave the Signal Technology Foundation $50 million at no interest.

Following the rise of Black Lives Matter, which sought justice for the murder of George Floyd, the app gained traction in 2020. The application became prevalent since the conversations were private and untraceable.

They eventually switched to a more secure chat app, and Signal was an excellent choice.

How Does Signal Work?

Since Signal is a private messaging app, you can use it as a substitute for Facebook, Telegram, WhatsApp, etc.

The Signal messaging app works with an internet connection. Asides from that, you can also use it as your default SMS and MMS app.

And as such, they cannot see messages on the platform. Unlike WhatsApp, the Signal app has no cloud-based backup server and does not store users’ metadata.

The Signal Foundation, originally known as the Open Whispers System, is the developer of the Signal messenger app. Signal foundation has been concentrating on improving its Messenger app and protocol.

Signal is also a non-profit company, so it isn’t reliant on making money or chasing the dollar. Donations and grants cover whatever operational and upgrade costs they may have.

The Signal Messenger, LLC software organization is a component of the Signal Foundation. It is an open-source initiative that operates differently than a traditional software firm.

As a result, developers can provide fixes and solutions to improve Signal’s functionalities and security standards without significant costs.

You may want to check out: How Much Do Journalists Make In 2022 | Full Job Description

Features of The Signal App

The following are the features of the Signal messaging app. You may want to try it out if you seek an alternative to WhatsApp, Telegram, or other similar platforms.

Alongside running an open-source model, Signal incorporates end-to-end encryption assuring users that their privacy is protected.

The Signal messaging app allows its users to create group chats.  Furthermore, those who are invited to the group will first be asked if they would like to join unlike WhatsApp which allows anyone to add you to a group chat without your permission

This feature enables users to set a certain time limit until the receiver can see a message. The viewed messages will be deleted automatically after a set period.

Signal encrypts video and voice calls. Hence, they do not have access to it.

RELATED:  How to Get Free Money on Cash App with these Easy Steps

Enables users to send images and videos that the receiver can only view once.

With Signal PIN, users can regain their settings, profile, contacts, and blocklist if they swap or lose their device.

This feature bolsters the company’s aim to be responsible for your data.

How To Register On Signal App

You can always download the Signal app on Play Store, App Store, and Windows Store. Here’s how to register on Signal:

Signal messenger makes money through donations. The underlying company is the Signal Technology Foundation. And it’s a nonprofit 501(c)(3) tax-exempt organization founded in the U.S.

In 2018, Brian Acton donated $50 million to the Signal Foundation. And to date, it remains the biggest donation the foundation has received.

It will interest you to know that Signal doesn’t reveal the identity of its donor. That’s why most of its donations are hidden from the public.

You can contribute to the Signal Technology Foundation here. Contributions can be done in the normal currency (for example, the U.S. dollar) or cryptocurrencies (through The Giving Block).

Currently, Signal’s team is exclusively concentrated on expanding its user base. The company believes that it will be self-sustaining shortly after it hits 100 million active users.

By then, many people would be willing to donate to fund Signal’s operations. Thus, Signal’s business model is intended to keep away from less secure alternatives such as WhatsApp.

As a result, people will keep funding the foundation in its struggle against bigger organizations that sell user data for malicious and commercial purposes.

As earlier stated, the most substantial donation Signal ever received was from Brian Acton. Additionally, Elon Musk donated a lot to the development of Signal.

And in January 2021, Elon tweeted “Use Signal”. This led to a rise in the number of downloads and users on both iOS and Android.

Between 2013 and 2016, the Open Whispers System, as Signal Technology Foundation was originally known, received grants from many foundations.

RELATED:  How To Hide Apps On Android | Simple Features and Guide

The Shuttleworth Foundation, Knight Foundation, and US government-sponsored Open Technology Fund, which gave over $3 million during this time, were among the most famous.

As the priority remains security, you might ask “what if the platform harbors wrongdoers?” Well, the Signal team has alerted people over worries that the app may breed terrorists. Nevertheless, Signal seems to be what is needed because of its privacy.

Talking about how the Signal messenger will make money, the future is unpredictable. However, the company can create add-ons and ask its users to pay to access them.

Regardless, there could also be several options for Signal to make money. For example, it might provide opportunities to buy customized avatars. Or offer premium subscriptions for additional features.

The messaging app may never hit the level of its competitors. But its strategic positioning will possibly enable it to attract contributions to sustain itself constantly.

FAQs On How does Signal Messenger make money

Who developed the Signal messaging app?

The Signal messenger was developed by the Signal Foundation and Signal Messenger LLC based in California, United States. And it was launched in July 2014.

Using Signal does not cost you a penny. For newbies, Signal is 100 percent free to use. There are no subscription charges, and downloading it is free. A lot of apps that emphasize their additional security and privacy make users pay to use their services.

No. Signal doesn’t sell, monetize, or rent users’ content in any form. The platform is known to protect users’ privacy.

Yes! You can use Signal for business. Your company can use Signal messenger on desktop, Android, or iOS. All phones must sign up with a different phone number.