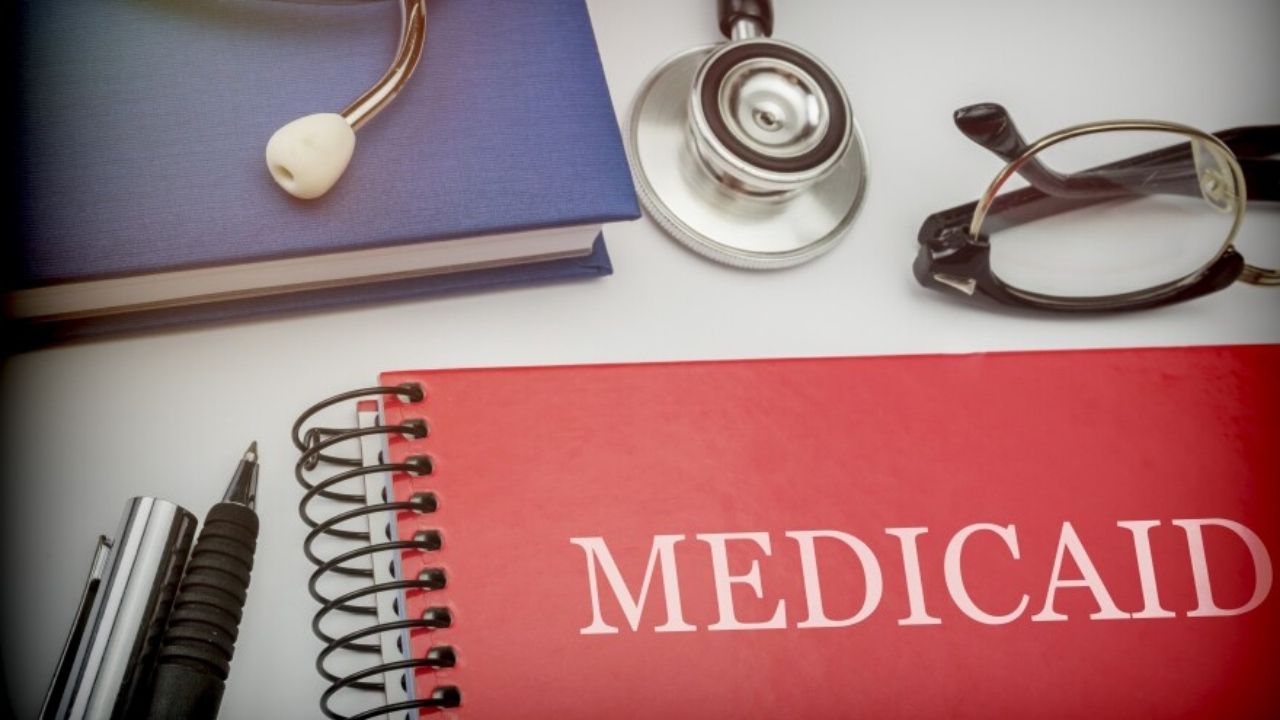 Medicaid is a medical assistance program that provides health care to low-income individuals and families in Florida who otherwise could not afford it.

The Agency for Health Care Administration, usually known as the Agency, is the state agency in charge of Medicaid in Florida. The SMMC (Statewide Medicaid Managed Care, the Agency has effectively implemented) program.

They enroll most Medicaid beneficiaries in one of several health plans under this program. These health plans have received national accreditation and were chosen through a competitive procurement process.

In Florida, Medicaid also helps those with disabilities and the elderly pay for things like nursing home care and other long-term medical expenses.

People can apply for Medicaid in Florida in a number of ways. This allows people to apply even if they don’t have access to transportation to go to one of the ACCESS Service Centers and pick up an application.

However, a brief history of Florida’s Medicaid program is a good place to start. Let’s get started!

Between 1980 and 2004, Florida Medicaid spending increased by an average of 13.5 percent per year.

Florida asked for and gained approval for an 1115 waiver for its Medicaid Reform pilot in an attempt to slow this trend.

In 2006, the pilot began implementing managed care in two counties, and they joined three additional counties in 2007, with the waiver being extended many times.

The federal government passed an amendment in 2013 that allowed to the expansion of managed care and renamed Medicaid Reform to Managed Medical Assistance (MMA).

90% of all Medicaid recipients in Florida are currently enrolled in managed care plans, such as health maintenance organizations (HMOs). The state intends to improve quality by better coordinating treatment and saving money by forming smaller provider networks.

Part of the reason for the increase in Medicaid enrollment is the ACA navigators’ intensive outreach; some people were previously qualified for Medicaid or CHIP prior to 2014 (and still are), but weren’t aware of their eligibility until the ACA’s enrollment outreach efforts.

However, because Florida has not expanded Medicaid, the newly insured are covered on the standard state/federal divide.

Check Out: How To Apply For Medicaid In Virginia

If Florida had expanded Medicaid, the federal government would have fully financed coverage for the newly eligible population through the end of 2016. The state’s share would then steadily rise to ten percent by 2020, and stay there in the future.

Medicaid expansion was originally included in the Affordable Care Act as a primary method for reducing the number of uninsured people in the United States.

If states did not expand Medicaid to cover adults with household income up to 138 percent of the federal poverty line, the federal government could limit funding for their existing Medicaid programs under the Affordable Care Act.

The United States Supreme Court, on the other hand, found in 2012 that withholding payments for existing Medicaid programs was unconstitutional.

States were given the option of expanding Medicaid, but Florida chose not to do so. Florida is one of 12 states that has not extended Medicaid as of August 2020.

Due to Florida’s refusal to expand Medicaid, about 400,000 people in the state are left without coverage, both Medicaid and tax subsidies to help them afford private health insurance (people with income over 100 percent of the poverty level are currently eligible for premium subsidies in the exchange, but those with income between 100 percent and 138 percent of the poverty level would switch to Medicaid eligibility if Florida were to expand coverage).

RELATED:  How Much Do Anesthesiologists Make?

The failure to extend Medicaid has a detrimental influence on Florida’s economy.

According to a report by the Robert Wood Johnson Foundation and the Urban Institute, Florida will lose $66.1 billion in Medicaid funds over the next decade — more than any other state — as a result of its decision not to expand Medicaid.

See Also: What is a Debit Card Security Code and why is it important?

Who is Eligible for Medicaid in Florida?

State Medicaid programs must cover specified demographics, such as low-income children and pregnant women, in order to receive federal funds.

States can also decide to cover optional coverage groups, such as low-income people without children.

Each state establishes its own income thresholds for eligibility, based on federally mandated minimums. Florida’s statutory coverage limits are lower than the national average, and because the state has refused federal assistance to expand Medicaid, the eligibility standards have remained unchanged since the ACA’s adoption.

In Florida, able-bodied, non-elderly persons without dependents are not eligible for Medicaid, regardless of their income.

As of April 2020, Florida’s eligibility requirements are as follows:

Read Also: How To Apply For A PPP Loan | Step-By-Step Procedure

What Does Medicaid Cover in Florida?

The number and type of services covered by Medicaid will be determined by factors such as the beneficiary’s age, the program in which the beneficiary is enrolled, and even the medically necessary services.

See Also: How To Apply For A LLC: Everything You Need To Know

How Does Medicaid Provide Financial Help to Medicare Beneficiaries in Florida?

Many Medicare recipients qualify for Medicaid financial assistance, which can help them pay for Medicare premiums, cut prescription medication costs, and pay for expenditures that Medicare does not cover, such as long-term care.

This guide of these programs, including Medicaid nursing home benefits, Extra Help, and eligibility standards for help, are included in our guide to financial support for Medicare enrollees in Florida.

Till now, Florida has refused to participate in the federal Medicaid expansion.

What are the requirements to get Medicaid in Florida?

To assess if an applicant for long-term care nursing facility benefits will be granted under Florida Medicaid rules, a large amount of evidence must be given.

These objects should be saved if you are downsizing your house or if you are an adult child assisting your parents with their organization.

RELATED:  How Much Does Medical Billing Software Cost?

This is a Social Security letter that verifies the applicant’s Social Security income. If you have not received one, you can get one by phoning the Social Security Administration at 800-772-1213 (do not leave a message on a voicemail). The letter is also available at:

Verification of Date of Birth

Only if the candidate was born outside of the United States is this information required.

The source of all pension income must be verified. When check stubs represent the gross amount received, they are sufficient.

You must include a letter from the pension provider confirming the pension’s gross, net, and any projected changes (such as whether the pension is fixed or if payments may vary).

Verification of any other source of gross monthly income

A letter from the source must be submitted.

All insurance policies and insurance cards must be shown (copies)

Accidents, life, health, long-term care, and home health care are all covered. Provide information from the firm verifying the cash surrender value, if any, if there is a life insurance policy.

All transactional documentation should be copied.

Two (2) fair market value verifications, such as an appraisal or a letter from a realtor.

Property tax bill showing the worth of the property at the time of sale.

How to Apply for Medicaid in Florida in 2021

Examine Florida’s eligibility requirements, and if you believe you qualify for Medicaid, you have various options:

If you’re under 65 and don’t have Medicare, go to Healthcare.gov to sign up.

Fill out an online application or a paper application at ACCESS Florida. For low-income children, pregnant women, families, and elderly or handicapped people who are not currently receiving Supplemental Security Income, use this application (SSI).

In addition to Medicaid, you can use this application to apply for food or cash assistance. If you presently get SSI or are applying for home-based and community services, hospice care, or nursing facility care, you should use this form.

Send a paper application to a local service center through the mail, fax, or in person.

Enrollment in Medicaid in Florida

Despite the fact that Florida did not expand Medicaid as part of the Affordable Care Act, the state’s program continues to grow.

Can you Apply Medicaid in Florida by Online?

Individuals can apply for Medicaid by filling out an online application. They only need to go to the ACCESS Florida website and complete the application paperwork there.

The entire procedure can be conducted in the comfort of your own home. If you are eligible for SSI, you will automatically be eligible for Medicaid.

RELATED:  How Much Does An IUD Insert Hurt?

This LINK can be used to apply for SSI.

If you require nursing care, you must tick the box on the benefit information page that asks for HCBS or Nursing Home.

This program will offer assisted living services so that people do not have to be institutionalized.

What is the Maximum Income to Qualify for Medicaid in Florida?

In Florida, there are income requirements for Medicaid. You must make enough money to stay below the federal poverty limit for your age group. A system known as the Modified Adjusted Gross Income, or MAGI, is used to compute this.

Whether the applicant is married (with a community spouse or if another spouse requires Medicaid as well) or single, the long-term care income test is the same.

In all of the following scenarios, the Medicaid applicant’s income cannot exceed the state’s income cap, which varies from year to year in Florida.

According to Benefits.gov, income must be less than these levels before taxes:

How Much Does Medicaid Cost in Florida?

Medicaid cost estimates in Florida vary and are based on factors such as the household’s income, the patient’s eligibility group, and other factors.

What are the Cost and Coverage of Medicaid in Florida?

Florida Medicaid covers a variety of services, including:

Which Medicaid Plan is Best in Florida?

In Florida, all Medicaid plans have the same core benefits, which are mentioned below. You can also use the Medicaid Health Plan Report Card to examine the performance data for the various plans in your area. You’ll also have to think about the types of services you’ll need, as well as how many doctor visits you’ll need, the plan that your doctors accept, the types of doctors you’ll need, and what extra benefits will satisfy your demands.

People can apply for Medicaid in Florida in several ways. This allows people to apply even if they don’t have access to transportation to go to one of the ACCESS Service Centers and pick up an application.

We hope this article teaches you right step to take when applying for Medicaid in Florida.