Quantum Computing might be the next big thing in the next few years when it comes to investing. As a matter of fact, IBM predicts 2023 to be the year for quantum to break through as a formidable source of investment. There are further projections that suggest that quantum might reach market maturity come 2025.

Just like Crypto, it might prove to be a good investment in a few years, if the “prophecies” materialize. When this happens, the issue we might have in our hands will be not knowing how to invest in quantum computing. Or not investing when we should have.

Automotive will be one of the primary sectors for quantum computing with a high impact noticeable by around 2025.

To understand more, read through this article. Meanwhile, below is a table of content that summarizes our article.

What is Quantum Computing

According to CB Insights, quantum computing is the process of information that is represented by special quantum states.

With the use of superposition and entanglement, quantum machines handle information in a fundamentally different way to classical computers like smartphones, laptops, or even today’s most powerful supercomputers.

These computers have the power to solve critical computational problems across a wide array of services.

Today, Quantum computing isn’t a theoretical subject anymore. They are not used by researchers from all over the world to test out algorithms for applications in a variety of fields.

Before now, this wasn’t the case. As matter of fact, Quantum wasn’t even a “real” thing a decade ago, but mere theory – IBM.

Today, the industry has provided solutions where there are no identifiable trends and solved problems outside existing supercomputing capabilities.

You Should Check Out; 16 Best Wayback Machine Alternative Sites In 2022

Where Would The Impact Of Quantum Computing Be Felt Most?

Given nature and the promises it has in store for us all, its usefulness will be spread across very important industries.

The ability of Quantum machines to process information and data at a very exponential rate while consuming very little energy makes the machines formidable.

RELATED:  What is Credit Card Churning? How it Works

Bearing these things in mind, Quantum Computing will prove to be very useful in the following areas and or industries;

The productivity gains by end-users of quantum computing, in the form of both cost savings and revenue opportunities, are expected to surpass $450 billion annually.

“It will be a slow build for the next few years: we anticipate value for end-users in these sectors to reach a relatively modest $2 billion to $5 billion by 2024. But the value will then increase rapidly as the technology and its commercial viability mature,” reports BCG.

Which Nations Are Investing In Quantum Computing

It’s on record that China is leading the way in Quantum Computing. To further strengthen their stronghold in this industry they launched a quantum satellite in 2016. A paper by The Center for a New American Security (CNAS) highlights how “China is positioning itself as a powerhouse in quantum science.

Since then, some other nations have followed suit as they have understood the importance of quantum science. The nations include the U.S., Germany, Russia, India, and European Union. They have all intensified efforts towards quantum computing.

The Indian government in support of the advancement of this made provisions to the tune of $1.2 Billion to support Technologies.

The Indian government in its 2020 budget has announced a National Mission on Quantum Technologies & Applications with a total budget outlay of INR 8000 crore ($1.12 billion) for a period of five years while Europe has a €1 billion initiative providing funding for the entire quantum value chain over the next ten years.

In October 2019, the first prototype of a quantum computer was launched in Russia while in Germany, the Fraunhofer-Gesellschaft, Europe’s leading organization for applied research, partnered with IBM for advanced research in the field of quantum computing.

How To Invest In Quantum Computing

While the industry is still young and not developed, investors will still look for a way of making money from it. The hardware industry related to quantum computing will grow at an impressive rate. But the real money will be in the business opportunities it can unlock.

There are countless ways quantum computing can be used. And there will only be more in the future. Some potential uses include improved batteries and carbon-captures technologies, early-stage R&D to produce newer, more effective drugs, enhanced risk analysis for banks, pricing complex derivatives, improving cybersecurity, and developing smarter vehicle routing, among other uses.

RELATED:  How To Make Money In The Stock Market in 2022: Full Guide.

The industry already has big names invested. Honeywell believes quantum computing is a huge opportunity. They already own a machine and rent it out for other companies to use, which is currently booked for months.

Technology giant Intel is among the companies serious about developing quantum computers of their own. Startups Rigetti and IonQ are also serious about creating their own computers.

Google has already claimed to have achieved quantum supremacy. This would mean a quantum computer outpaced a classical super-computer. IBM has disputed the results but it is only a matter of time before the industry is front-page news, like Tesla, and anything related to it is in an over-hyped bubble.

Betterment Rate Of Return In 2022: Is It Worth Investing In?

Quantum Computing Stocks To Invest in This Decade

The 28 deployed computers remain the largest fleet of commercial devices, and IBM has a road map to scale systems to 1,000 qubits and beyond.

Currently, IBM Quantum Network is working with more than 100 partners. These partners are in many different industries and are developing real-world commercial applications. IBM also offers free access to quantum computing.

IBM is also scaling these technologies and making them more accessible. This is vital for further adoption and innovation. Their strategy is working, and as long as it continues to work, IBM will continue to be one of the top quantum computing stocks over the coming decades.

While IBM is making waves, we can’t totally rule out Alphabet, nor can we ignore the huge impact they’ve made in Quantum Computing.

Their stock remains one of the top Quantum Computing stocks to acquire. Back in 2019, the company claimed quantum supremacy for the first time when its advanced computer surpassed the performance of conventional devices.

Alphabet’s Sycamore quantum processor performed a specific task in 200 seconds that would take the world’s best supercomputer 10,000 years. That’s a huge milestone, and the company is continuing to advance with quantum physics.

RELATED:  How To Buy Dogecoin? Follow This Expert Guide In 2022

The Future Is Still Powered by Intel

Another company that has shown promise in Quantum Computing stocks is Intel. They are a semiconductor giant that’s developing many cutting-edge technologies. And it’s been making quantum processors in Oregon.

Intel is on its third generation of quantum processors with 49 qubits. The company has a unique approach, advancing a technology known as “spin qubits” in silicon. Intel believes it has a scaling advantage over superconducting qubits.

This easily makes Intel one of the top quantum computing stocks. Buying into this company gives investors exposure to many cutting-edge technologies.

Similar to IBM, Microsoft takes a comprehensive approach to quantum computing. It’s working on all the technologies required to scale commercial applications.

Microsoft is advancing all layers of its computing stack. This includes the controls, software, and development tools. Microsoft also created the Azure Quantum open cloud ecosystem. This helps speed up innovation.

In addition, the tech giant is making great advancements with Topological qubits. These provide performance gains over conventional qubits. They increase stability and reduce the overall amount of qubits needed. It’s a promising technology that should reward shareholders down the road.

Overall, Amazon is continuing to disrupt many industries. And advancing quantum computing should help drive its innovation even further.

This quantum stock is the smallest on the list. It gives direct exposure to quantum computing. This makes it a higher-risk opportunity, however. Its risk-to-reward setup looks good for long-term investors, though.

Quantum Computing offers cloud-based, ready-to-run software. It’s focused on creating services that don’t require quantum expertise or training to use. This approach is opening the doors for more businesses to leverage the new technologies.

This company is also focusing on real-world problems such as logistics optimization, cybersecurity, and drug discovery. To accomplish this, it’s partnering with hardware companies such as D-Wave.

Quantum Computing is changing the narrative. Get on it now to make the best out of it when it eventually gets to its market maturity.

10 Most Expensive Mercedes In The World 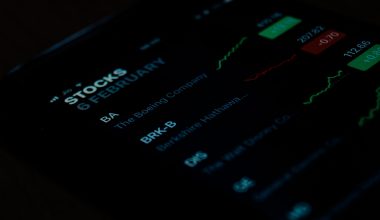 Read More
IInvesting
The Coronavirus pandemic has disrupted normal life as we know it. Businesses have been halted and affected. Then… 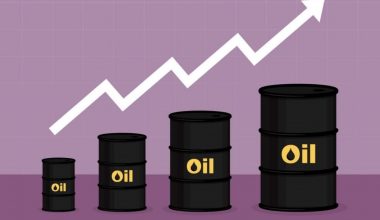 Read More
IInvesting
Due to its basis for the much energy we consume, crude oil is a very important natural resource… 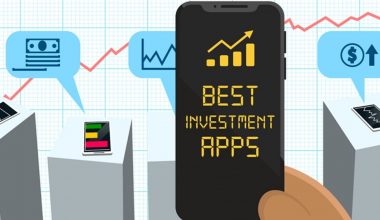 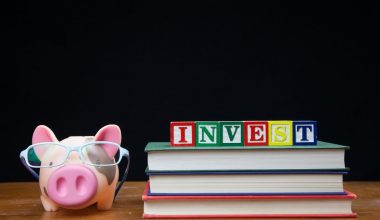 Read More
IInvesting
Who’s better to learn from than those who have experienced it all – billionaires! Some of them have… 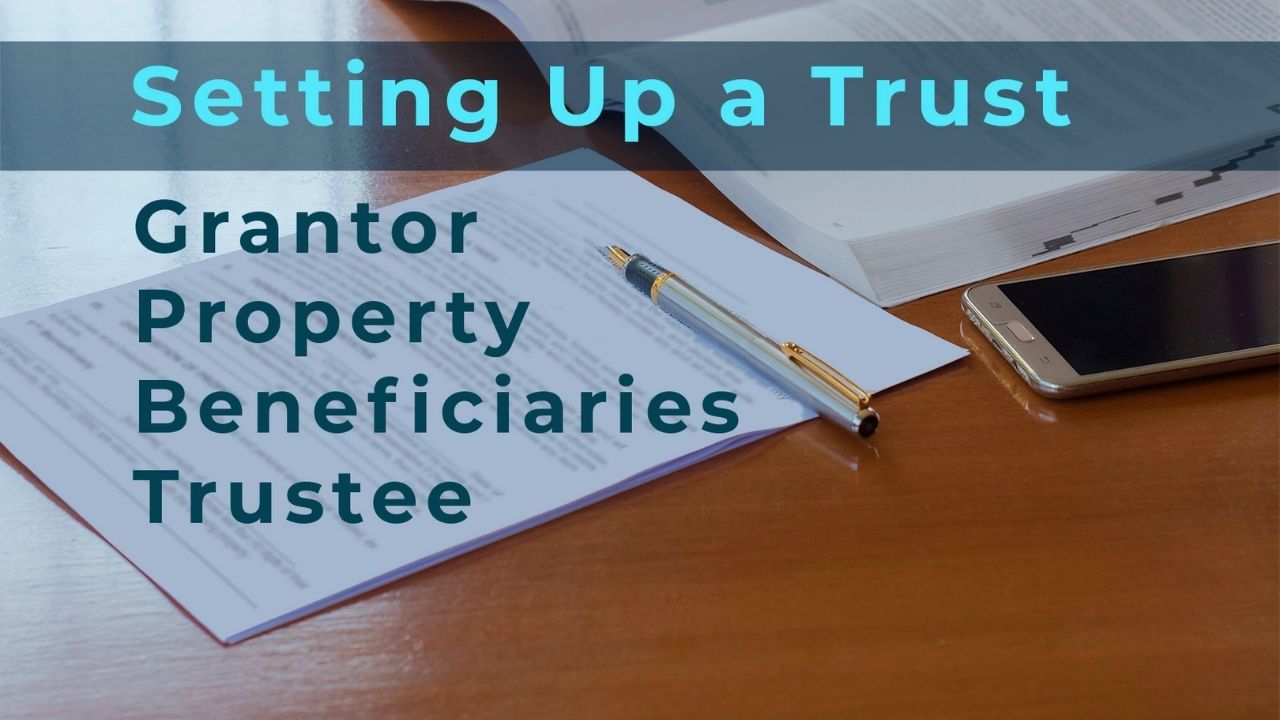 Read More
IInvesting
Owning properties seem easy till it is time to find a beneficiary. Then, you know you have to… 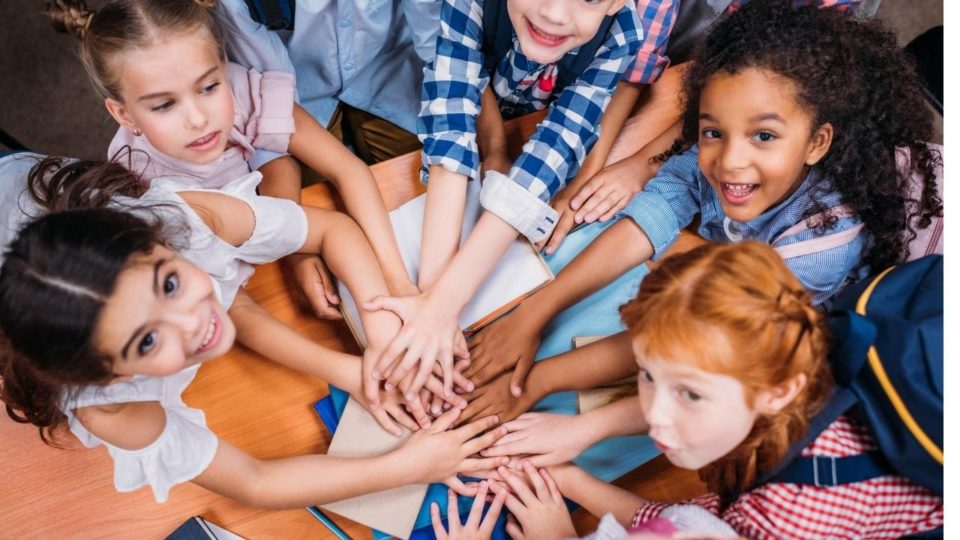 Read More
MMoney Management
Investing in your kids is as important as investing for them. While the former equips them for life’s…