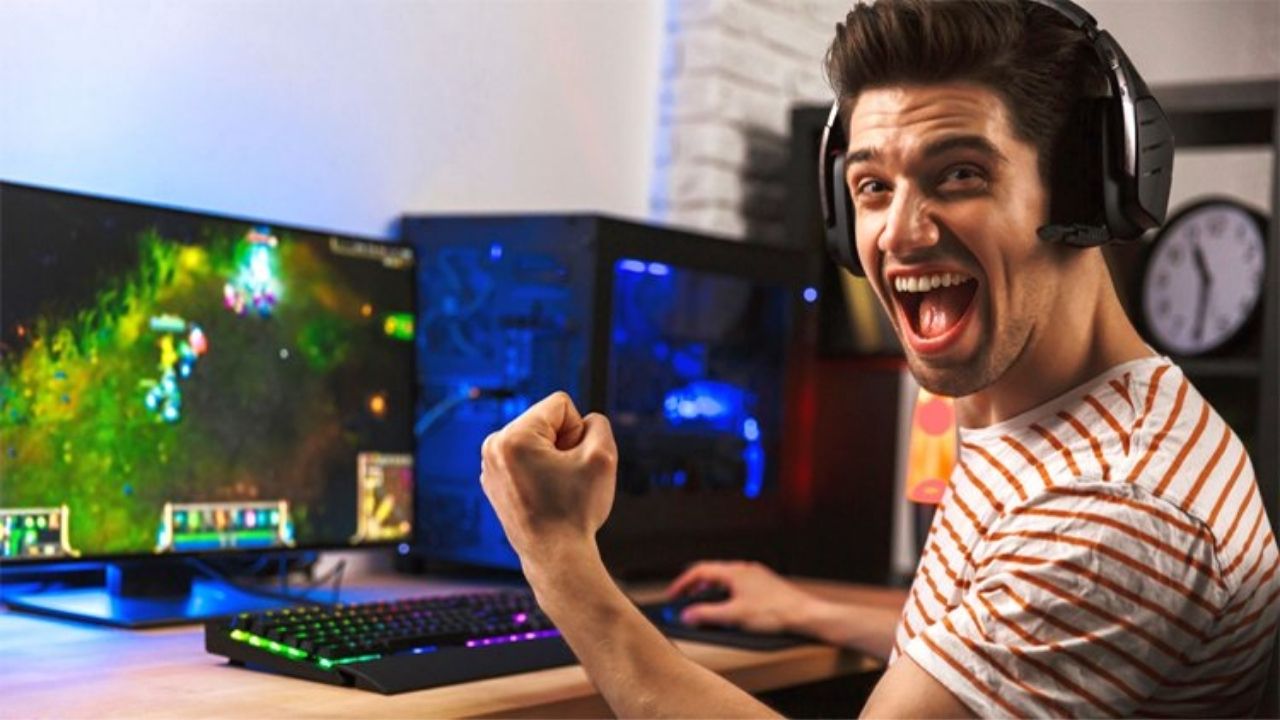 Do you know you can make quick money on Steam just by designing and playing games? Now you do. The next question to ask is, how can I make money on steam?

It’s about time to make cool cash while having fun!

Steam is a digital distribution platform for video games. Roughly 18 percent of computer games are purchased through this – resulting in about 150 million enrolled users and $4.3 billion in revenue from sold games.

The idea of Steam surfaced in 2003 when Valve, the company that created the platform, was looking for ways to send real-time online updates to its Counter-Strike game while stopping the emergence of cheaters.

They also wanted to attach some amazing services to their game accounts aside from just online playing.

Hence, the platform not only offers an opportunity to make money for game players but even game designers, developers, and coders can also earn from Steam.

Presently, more than 18% of all PC game purchases, are made through Steam, and it has sold more than $4.3 billion in games.

Therefore, if you wish to earn something extra when playing games or developing them, Steam is the place. But, how?

How To Make Money On Steam

Basically, there are two ways of making money on Steam. First is trading items on the Steam Market and the second is to develop a game and auction it through Steam Direct.

So, if you are a game player, a developer, a coder, or a designer, wondering how you can make money online, here is a list just for you on how to make money on Steam.

You can make money on Steam by getting hold of some valuable items that players will like to get their hands on. You can get items through the following ways;

By playing games – You can play games and collect dropped items and trading cards. For instance, in Dota 2, there are regular item drops that provide you with a steam of items. You might also have to wait a little longer to get the rare drops unless luck is on your side.

By monitoring the marketplace – You need to observe the marketplace to see when an item’s price drops. This frequently occurs when there’s an increase in drops as a result of larger players.

By trading – You can also earn cash through trading. For instance, if you’ve hit the jackpot and found a priceless item in Dota 2, then you receive an offer from someone who wishes to pay ten keys for it. It will be wise if you double-check the market values on both sides before choosing whether to seal the deal or not.

RELATED:  How to Sell App Ideas to Google and Get Paid Heavily in 2022

#9 Sell For a higher price at the right time

You can actually trade cards for a high price. Buyers who cherish the item or card will always have an unfiltered joy the moment he/she gets hold of it and will be willing to pay as much as a hundred dollars for an trading card like foil card.

So, what you need to do is to monitor the market to see what’s going on in terms of cards that are in high demand then you put up the cards you have for sale.

Here’s the trick; first cards sell for a lot more than cards on the following day especially when a game just launched its trading card. Moreso, cards that are not available tend to be more valuable.

#8 Save your trading card

This does sound like ‘hoarding’, right? But, whatever. The idea behind saving your trading card is to convert it later.

This might not be all easy but trust me, those stream trading cards rewards you get from games are worth a couple of dollars.

There is no real pattern that you can master to make sure you can get the valuable game cards.

However, there are guidelines that help out in the long run. Knowing those guidelines will save you a lot.

The best way to get and save cards is to not think about it. Simply enjoy your game without fixing your mind on the game cards. You might be shocked to see how much game cards you’ve accumulated on the long run.

Ideally, you get your first trading card just after the first 15 minutes of gameplay and the second one will arrive soon too, after 2 hours to be exact!

Oftentimes game developers drop exclusive pre-order. So, once you get the hint, try as much as you can to utilize them. Ensure that the items on pre-release are marketable.

One nice example of this is the ‘Playerunknown cosmetic set’ which was given to all players that pre-ordered PUBG. The game cost just $30 and the set came with it for free at the time.

Presently, the cosmetic set sells for $1,400 on Steam.

#6 Make Use of Steam Market

Steam market allows game players to trade items earned while playing games. Items like trading cards as well as in-game items are always in great need. All you need to do is carry out a survey and close the deal with the right buyer.

The money that you earn when you sell your items goes direct to your Steam Wallet.

You can make cool cash on Steam by distributing original games on Stream Direct. This way allows you to get paid depending on the revenue generated form game sales; this includes in-game purchases.

Unlike auctioning items in the Steam market, the distribution of games on Steam Direct requires a bit of investment.

What this entails is that on Steam Direct, you have to develop a game and then pay to add it to Steam Direct. Unlike Steam Market, Steam Direct guarantees you a greater return on investment and you can withdraw into your account and not just Steam Wallet.

If you make great and engaging games, there is tremendous potential for you to make money online with Steam.

If you are good at game designing and coding, you might be of great help to game developers in need of your skills in order to help them develop games they sell on Stream Direct. Therefore, if you are a freelance developer or coder, you can liaise with other game developers to cook up nice games for the Direct market.

To avail yourself such opportunity, you need to network in Steam forums where you may find gamers who are ready to pay you good cash to create an original artwork for them.

Summer Getaway Cards is a unique and expensive trading card offered during the summer sale. You may obtain these in three ways:

#2 Look out for item drops in your favorite games

Some games drop something different from exchanging cards. To see which games drop important things, visit the Steam market and click on the “browse by game” section on the right side of the stream program to see options.

You’d be surprised at how many items are available to be purchased on this market.

A fascinating example would be the things in Golf  With Your Friends.

A game that costs just $6 will drop things that can offer for up to $8. You must be fortunate to get these things, yet they drop routinely while playing the game.

There are various apps and websites that will let you gain points when you perform certain activities.

RELATED:  How Much do Twitch Streamers Make per Month in 2022

When you gather enough of these points, you can then redeem then as Steam Codes if you don’t want to withdraw as cash.

Here’s a list of gift card apps that you can join to earn Steam Cash for free:

How Can I Sell Items On Steam Market?

By playing games on Steam, you receive trading cards and items, which you can save and trade later on the Steam Market.

In every game you play, you normally receive three cards. The cards differ in value, with some valued at only some few cents while others are worth more than a few dollars.

Earning these cards is automated, and dependent on the amount of time you spend while playing the game. The first card comes after only 15 minutes of gameplay while the second one comes after you’ve played for two hours.

As soon as you gather enough items, you can place them in the Steam Market for sale. The sales are automatic when a user opts to purchase your items.

How much money can you make on Steam?

Sometimes free games have trading cards on Steam, and the developer makes money whenever a trading trade is sold or traded.

Can I make a game and sell it on Steam?

Currently, you can only sell a game on Steam if you’re the official owner or developer. You can’t sell a game you bought from Valve – Steam’s parent company – or from third parties.

How much does it cost to put a game on Steam?

With Steam, your game experience, whether as a player, a developer, a coder, or a designer, won’t just be all about the fun; there’ll be some cool cash to take out of each game if you digest our ways of making money on Steam. It’s about time to get rewarded for passion!