Home Is AMC A Good Stock To Buy Now?
IInvesting

Is AMC A Good Stock To Buy Now?

In 2021, AMC Entertainment Group (AMC) was one of the most prominent stocks. The company rose to prominence as a result of its role in an enormous meme-stock trading frenzy that began early in the year. That’s when a group of traders banded together on social media message boards and pushed one another to acquire and hold AMC stock in order to cause a short squeeze.

While some may believe that movie theaters are in decline, AMC has had an unexpected resurgence this year.

If you reside in the United States, chances are you’ve visited AMC. AMC Entertainment now owns the greatest proportion of the US theater business, with a market value of $17.66 billion, far ahead of competitors.

Despite its importance in the movie theater sector, AMC stock has been steadily declining even before the Covid-19 outbreak. AMC’s collapse matches a widespread drop in popular passion for movie theaters.

With streaming services like Netflix and YouTube delivering new films for a fraction of the price of a theater ticket, interest in coming to the theater has been on the decline for quite some time. Then came Covid, and things only got worse.

However, the business has now shown to be a unique stock as AMC shares have lately crested at levels that no one could have predicted, thanks to the assistance of Internet investment groups.

AMC Entertainment is a movie theater chain that is suffering. It’s a challenging situation, especially because people are increasingly watching movies at home via one of the various streaming services to which they subscribe.

Covid-19 also closed several of its roughly 1,000 cinemas and 10,000 screens. AMC is attempting to reform itself in order to reposition itself for the digital era. However, it will be a difficult struggle.

Recently, the corporation began to show early indications of recovery. In the September quarter, the firm reported an adjusted loss of 44 cents per share.

This exceeded expectations for a quarterly loss of 53 cents per share. Investors, on the other hand, are thinking in terms of the long term.

The corporation is reducing its long-term debt of about $5.4 billion. Big Hollywood studios, too, are bringing appealing films back to cinemas. Revenue is expected to reach $5.3 billion by 2023. This is just 5% less than the $5.47 billion in sales reported in 2019. However, losses are expected to continue after 2023. However, many moviegoers are still staying at home to watch.

RELATED:  Betterment vs Wealthfront vs Acorns: 2022

Points To Note Before Investing In AMC

There are certain factors you should put into consideration before investing in AMC. Most of these factors go a long way in answering the question “Is AMC a good stock to buy.”

One of the reasons why inquiries like ‘Is AMC a good stock to buy?’ pop up is because AMC’s share price is too low. One of the worst reasons to invest in AMC is that you believe its $19.36 share price is low in comparison to the $62 it traded for in 2018.

The problem with this purchase thesis is that the share price is meaningless without taking the number of outstanding shares into account.

To put this in perspective, AMC’s share price has fallen by 67 percent over the last five years, yet its market valuation has increased by 54 percent.

AMC’s market valuation has risen faster in the last two months than at any other time since the business went public in December 2013. The assumption that AMC is undervalued based on its share price is flawed.

The most popular buy thesis I hear for AMC from Reddit investors is that it is poised for a short squeeze. Unfortunately, the circumstances that contributed to a short squeeze in late January and early February no longer exist.

The appropriate mixture is required for a brief squeeze to occur. To begin, there must be a substantial degree of short interest in relation to a company’s float. In the instance of AMC, 49.3 million shares were held short in mid-March, compared to a float of 404 million.

This equates to a 12% short interest. That is significantly greater than the typical publicly listed stock, but it is not out of the ordinary.

In fact, the percentage of float held short for AMC has dropped from about 40% to only 12% in the previous four months. In addition, the company’s short ratio has decreased significantly. Short sellers would have had to wait more than three days to abandon their holdings.

Today, cynics might cover in a couple of hours due to AMC’s large daily trading volume.

Some analysts point to the short-term excitement surrounding AMC stock’s rise. AMC has not had substantial revenues, and its collapse began before COVID-19. AMC stock dropped to roughly $2 in mid-January before soon rising beyond $3.

What caused the stock price to rise? It raised funds by selling debt notes. AMC Entertainment stated last year that it would run out of cash shortly and that its loan reserves would be depleted by 2021.

Furthermore, the corporation admitted that it may have to contemplate bankruptcy. It’s vital to analyze why AMC’s stock has risen, and it’s not because of strong underlying financials.

RELATED:  How To Use A Credit Card To Build A Credit In 2022

This is a strong factor that investors who ask “Is AMC a good stock to buy” to beware of, especially if you’re in it for the long term.

AMC Is Still Recovering From The Pandemic

AMC’s company is still recovering from the pandemic’s devastation. The firm had to close all of its theaters for approximately a year to assist halt the spread of the virus, and the impact was disastrous because theaters account for virtually all of its revenue.

Management should be commended for its efforts in finding finance to keep the firm running although sales were perilously close to nil.

AMC’s revenue decreased by 77 percent in 2020, resulting in a $1.5 billion deficit on the operating income line. Revenue increased considerably in the most recent quarter ending September 30, jumping to $763 million from $120 million the previous year.

Unfortunately, that is considerably below the quarterly rate required to return to pre-outbreak levels in 2019. However, the pandemic was not the start of the company’s problems. AMC lost money in four of the nine years preceding the health crisis.

The company has suffered as a result of the consumer value proposition. Over time, fewer and fewer people were willing to pay the bare minimum of $10 per movie ticket, and even higher prices in some areas. As a result, the North American movie theater sector has been progressively shrinking.

How To Buy AMC Stock?

Investors trying to figure out “Is AMC a good stock to buy?” might be wondering how to go about purchasing AMC stock. To purchase AMC stocks, follow the steps outlined below;

After you’ve decided to add AMC stocks to your portfolio, the next step is to find a broker that is suitable for you. An online broker allows you to purchase and sell stock while on the go, using your phone or a desktop platform.

Signing up online is straightforward, but selecting the finest brokers should necessitate a little more time and effort. Brokers understand that you want a simplified experience that includes built-in tools, education, and analytics. Determine your own service goals and compare them to the offerings of each platform.

STEP 2: Decide on the Investment amount

Never risk more than you can lose! This is the first rule of investing and you should apply it to deciding on which amount to invest in. The quantity of shares you should purchase is determined by the AMC price. The quantity of shares you purchase is also determined by your risk tolerance. Investing in a single stock provides less diversity than, for example, investing in a mutual fund or ETF.

Before you buy AMC stock, if you’re new to trading, you should be familiar with different stock order kinds. Your broker will inquire as to the sort of order you wish to place. You can use the limit order, market order, stop-loss order, and many others, depending on your preference.

RELATED:  How Long Does It Take To Build Good Credit From Zero In 2022

The fulfillment of a purchase or sell order for security is referred to as execution. However, keep in mind that an order is executed when it is filled, not when you place the trade.

Is AMC A Good Stock To Buy?

It is difficult to assess if purchasing AMC is a solid investment idea, especially given the stock’s present peculiar conditions. What it basically comes down to right now is whether or not you believe it will be pumped further. $19 a share is a high price to pay for a stock whose success is largely determined by social media excitement.

If you invest now and the bubble bursts, you stand to lose a lot of money. If you’re wondering, “Is AMC a good stock to buy?” because of the uncertainty surrounding the stock, it’s best to invest in AMC just for the short term.

Is AMC a good stock to buy for the long term?

No, It’s not advisable to hold AMC for the long term due to its various competitions in the movie business.

Does AMC pay a dividend?

No, the company doesn’t pay a dividend.

The top company shorting AMC stock is the Bank of America.

What is the highest closing price for AMC stock?

Is AMC the most shorted stock?

AMC is one of the most shorted stocks on the stock exchange.

However, coronavirus variations continue to wreak havoc on the film industry, delaying film releases and laying off employees. Insiders have been selling shares at an alarming rate as the firm battles to find its feet.

This post has gone over the key factors you should be aware of before investing in AMC. It has finally provided an answer to the issue, “Is AMC a good stock to buy?”

Is Tesla Stock A Good Buy For Your Money? 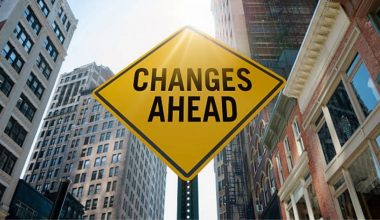 Read More
BBusinesses
The China (Shanghai) Pilot free Trade Zone (FTZ) is the first of its kind in China. It was… 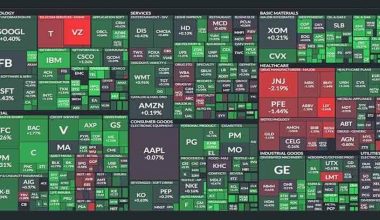 Read More
IInvesting
It is common knowledge that saving money has advantages. Money saved can sometimes save one from unforeseen contingencies… 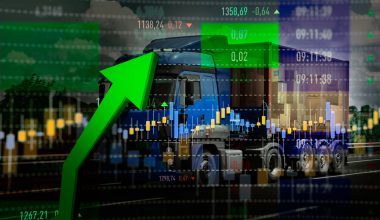 Read More
IInvesting
Transportation as a Service, or TaaS, is a rapidly expanding industry as more people rely on transportation services… 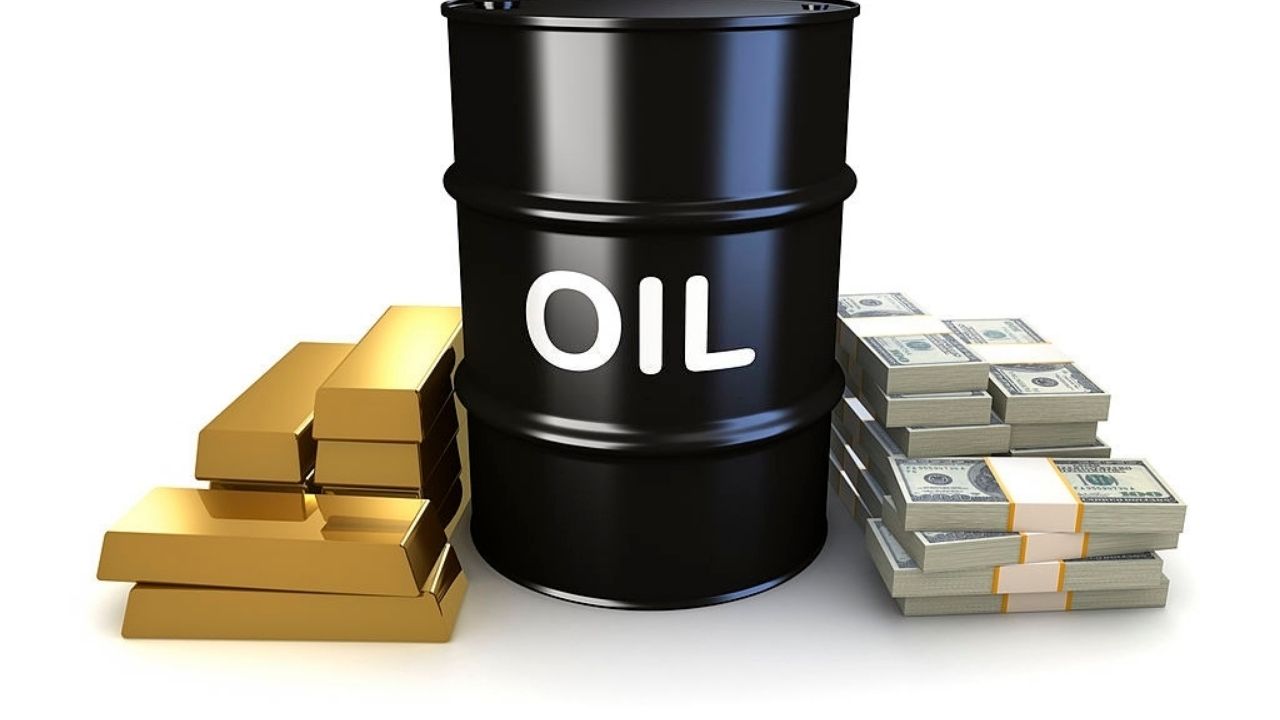 Read More
IInvesting
Having little funds, and hoping for huge turnover? ROI is always the motivating factor for new investors, while… 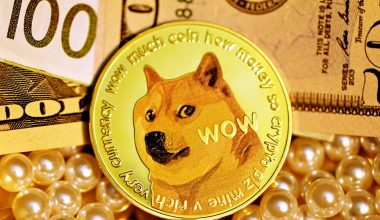 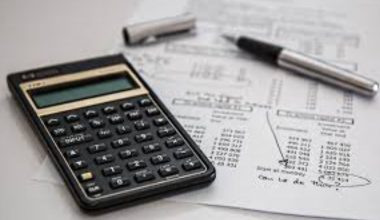