Home Is Tesla Stock A Good Buy For Your Money?
IInvesting

Is Tesla Stock A Good Buy For Your Money?

One of the most popular questions about one of the most traded stocks is “Is TELSA a good stock to buy?” Most investors and experts believe Tesla will continue to increase car deliveries. Tesla is one of Wall Street’s most extensively known and watched corporations.

Most investors have an opinion on the firm and its mysterious CEO, Elon Musk, ranging from vehemently critical to ecstatically thrilled, and everything in between. However, there is no denying that Tesla has altered the way the general public perceives electric cars (EVs), becoming the industry leader in the process.

Tesla stocks are one of the top commodities on investors’ watch list due to the potential of going even higher in the near future. Are you interested in buying the Tesla stock?

Trying to decide if Tesla is a good buy can be a difficult decision. This post reviews everything you need to know about Tesla stock and ultimately answers the question “Is Tesla stock a good buy?”

In 2020, the firm had the highest global sales of battery electric cars and plug-in electric vehicles, accounting for 23% of the battery-electric (purely electric) market and 16% of the plug-in market, which includes plug-in hybrids.

The firm produces and installs solar systems in the United States through its subsidiary Tesla Energy. Tesla Energy is also one of the world’s leading producers of battery energy storage systems, with 3.99 gigawatt-hours (GWh) deployed in 2021.

Based in Palo Alto, California, Tesla conducted its initial public offering (IPO) in 2010, with shares trading at $17. The stock’s value has doubled since then. Tesla shares hit $2,200 in 2020, and in August of that year, the firm announced its first-ever stock split (a five-for-one split), bringing the price down to around $400.

However, it only took less than six months for the stock’s price to double once more. In March 2022, the firm revealed plans to seek stockholder permission for an increase in the number of shares at Tesla’s forthcoming annual meeting, allowing the automaker to split its stock once again.

What are the Pros and Cons of buying a tesla stock?

Before we can accurately answer the question “Is Tesla a good buy” we must first review the pros and cons of investing in the company.

Plays a lead role in the Electric vehicle sector

TSLA is experimenting with new ideas, such as a more mass-market vehicle. TESLA exhumes fundamental capability; their premium electric self-driving vehicle has a significant first-mover advantage.

RELATED:  What Are Securities In Finance? Overview And How It Works

Other luxury automobile manufacturers are developing electric cars. And the other automakers are working hard to develop their own autonomous solutions. However, no other carmaker has been able to put all of the pieces together so neatly in one package.

That’s before you even consider the fancy accessories like the Supercharger network. The fact that Tesla is a market leader in the electric car sector confirms its position as one of the most popular investment alternatives available.

One of the main reasons traders have been hesitant to buy Tesla shares has been the company’s inability to produce a profit. The tide, though, looks to be changing. Last year, for example, the firm was able to produce acceptable earnings for two quarters in a row. Even more encouraging is the company’s expectation that this trend will continue in the coming year.

Tesla’s market capitalization of $43 billion exceeds that of Detroit’s giant Ford ($34 billion). And, needless to say, Tesla has smoked Ford, General Motors (GM), Toyota Motor Co. (TM), and virtually all of the main companies when it comes to growth possibilities.

Telsa is not simply a gamble on the electric vehicle trend, but TSLA stockholders stand to profit from the massive self-driving car movement as well.

The autonomous driving mode which is a feature on some Tesla automobiles has been usually described as a revolutionary changer.

While there is plenty to appreciate about Tesla’s future posture, TSLA also bears a high level of risk. For starters, it’s unclear how long Tesla will have to wait before the electric car trend completely materializes.

Many feel that TSLA has been overly enthusiastic in its estimates for the transition from gasoline to electric vehicles, which might be costly for Tesla stockholders.

If electric car usage accelerates in the next years, Tesla and its Gigafactories will be well-positioned. However, if it takes longer to gain popularity, the company would struggle to repay the expenditures of its enormous plants in the coming years.

The fact that the market has such high expectations for the firm is perhaps the most important reason why TSLA stock is a dangerous bet.

Tesla stock trades at 32.8 times expected profits, which is much more than any of its automotive peers and more than 50 percent higher than internet behemoth and autonomous driving rival Alphabet Inc.

Such a high value is good as long as the firm can live up to those expectations, but it is crucial to realize that such lofty expectations come with volatility. Any error, real or imagined, in terms of development or execution, and the stock is likely to plummet.

How to buy Tesla stocks?

Opening a brokerage account is the first step in purchasing and selling assets such as stocks, mutual funds, and exchange-traded funds (ETFs).

However, a brokerage is more than simply a ticket to ride TSLA to the moon. It also includes all of the information and instruction you’ll need to be a great investor, as well as many sorts of investment accounts tailored to certain goals.

If you want greater freedom with your investing account, maybe you want to save for your own Telsa in the coming years, you should probably open a taxable brokerage account.

These allow you to invest for any purpose or time frame, but you must pay taxes each time you sell an investment for a profit or receive dividend income.

Because not all brokerages are made equal, you should examine the fees, available investments, and services offered by at least a handful to choose which is best for you.

Decide on an investment amount

To be able to correctly decide on how much to invest in, you must first put certain factors into consideration.

Factors like Your budget, Investment strategy, and the current stock price of Tesla stock, go a long way in determining how much you are willing to invest. If you’re already an investor, you should consider how Tesla fits into your portfolio.

Before purchasing Tesla shares or any stock,  it’s a  good idea to do some research about the company’s finances, performance, and future prospects. The annual and quarterly reports of a corporation are the best places to start. In these, public firms such as TSLA are compelled to publish thorough details on their financial health.

These are available on Tesla’s investor relations website or by searching the Securities and Exchange Commission’s (SEC) database. You can also seek the advice of specialists.

Brokerage firms routinely issue commentary on key stocks and industries, while third-party assessors such as Morningstar give in-depth research. You’ll be able to decide how much of your money to put into Tesla if you combine financial facts with professional knowledge.

Because Tesla is listed on the Nasdaq market, you may buy it from 9:30 a.m. to 4:00 p.m. ET Monday through Friday. You may purchase your first Tesla shares once you’ve determined how much you want to invest in the company.

Log into your brokerage account and input Tesla’s ticker symbol (TSLA) as well as the number of shares or dollar amount you wish to invest. You can use a basic market order to buy TSLA at its current price, or you can use a more complicated order type, such as limit or stop, to buy TSLA only if its price falls below a specified level.

Is Tesla stock a good buy for your money?

I’m going to jump the shotgun on this and say YES! Investors simply need to look at Tesla’s most recent earnings to see that the company is a good investment. Given the continued demand for its industry-leading EVs, rising production capabilities, and solid financial performance, it doesn’t really matter whether you purchase Tesla stock now or after the split.

RELATED:  20 Cheapest Ways To Invest In yourself In 2022 | Expert Advice

So long as you buy it. The business reported record fourth-quarter deliveries of 308,600 automobiles, much above analysts’ consensus projections of 267,000. The full-year figures were also outstanding, with 936,172 deliveries above estimates of 897,000.

Strong production and delivery led to strong financial performance, with fourth-quarter sales of $17.7 billion up 65 percent year on year.

At the same time, operational expenditures increased by just 50%, transferring more profit to the bottom line and increasing adjusted net income to $2.88 billion, a 219 percent increase. Profit margin expansion is a strong indicator that Tesla has attained scale.

Recent events show that this is only the beginning. Tesla stated last year that it intends to reach 50% annual growth in car deliveries “over a multi-year timeframe,” which is restated in its most recent quarter. Tesla now has the production capability to make that forecast a reality, with both the Berlin Gigafactory and the Texas Gigafactory coming online.

Tesla stock has outperformed 95% of other stocks in the past twelve months, making it one of the most reliable stocks.

Yes, with the company steadily pushing new innovative heights, investing in the company is a good investment opportunity.

Yes, The company dividends were re-instated after COVID.

Inflation and rising interest rates play a major role in the rise or fall of tesla stocks.

The amount to invest totally depends on you, your budget, and  Your investment plans.

Tesla is a figurehead in the electric vehicle industry. The company has made quite a reputation for itself and its stock is one of the most-watched by investors.

If you’re still thinking of investing in the company, it’s perfectly natural to wonder “is tesla a good stock to buy.” This post has reviewed Tesla stock and answered one of the most popular questions on every new investor’s mind, Is Tesla a good buy?

10 Ways To Get A Towed Car Back Without Paying

Is AMC A Good Stock To Buy Now? 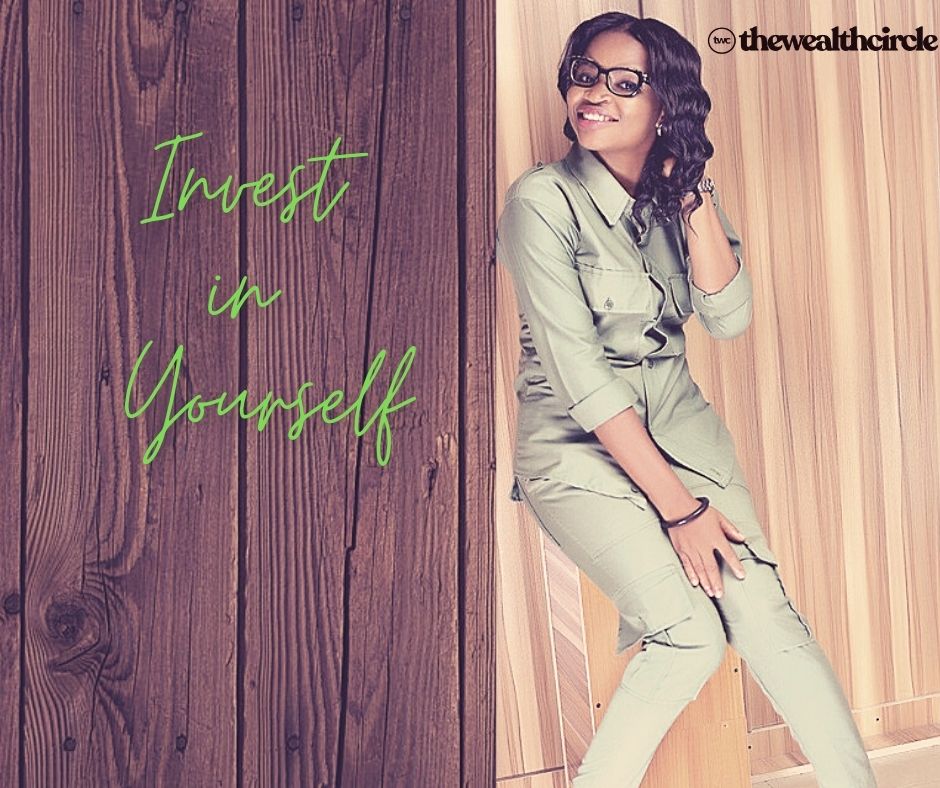 Read More
IInvesting
The best investments are those done for you by you. It is true because your habits and behaviors… 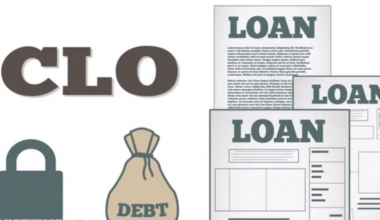 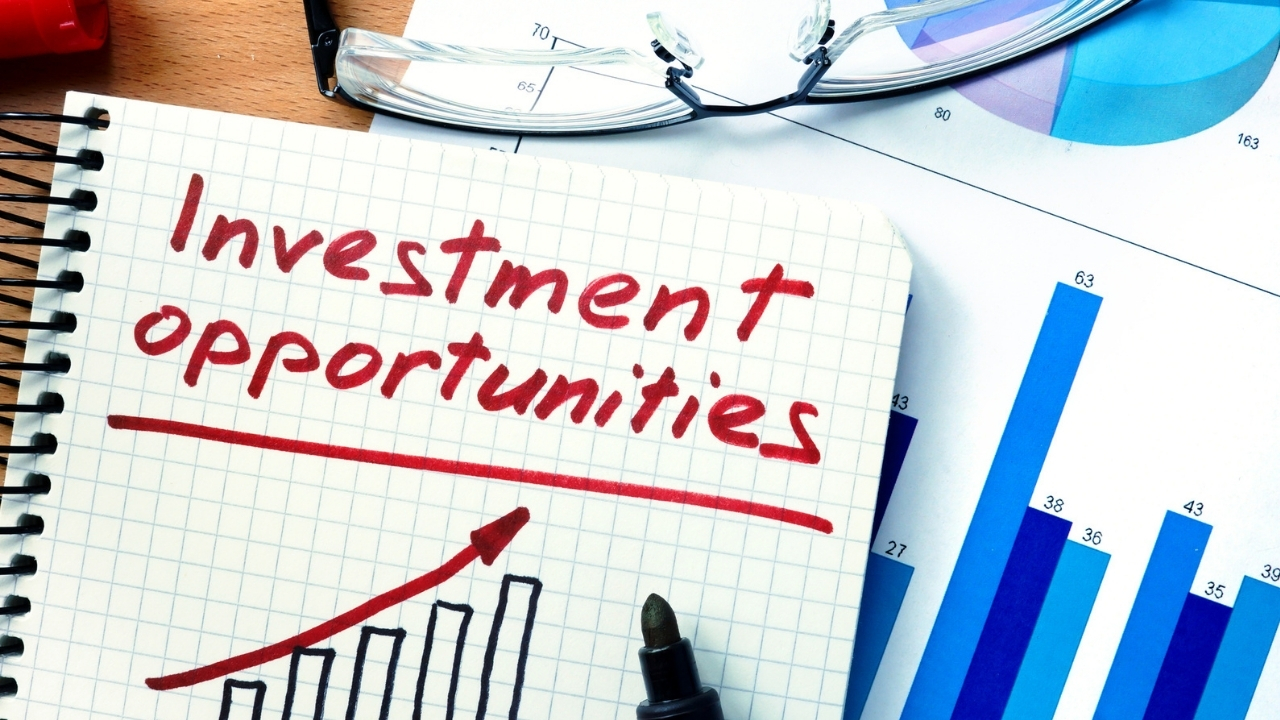 Read More
IInvesting
The question still remains, what should i do with your money? The answer is basically the difference between… 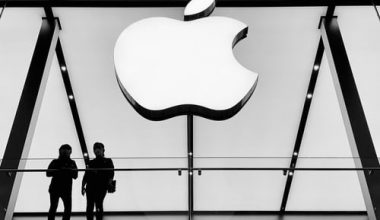 Read More
IInvesting
Apple is one of the well-known tech companies with a high-performance stock. That is why a lot of… 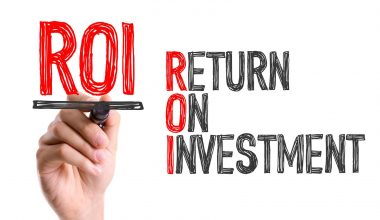 Read More
IInvesting
Return on investment (ROI) is a financial metric that measures the return that an investment (for example, acquiring… 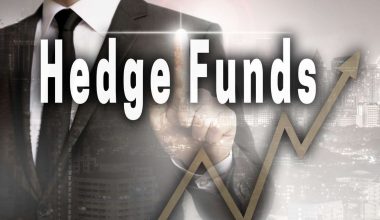