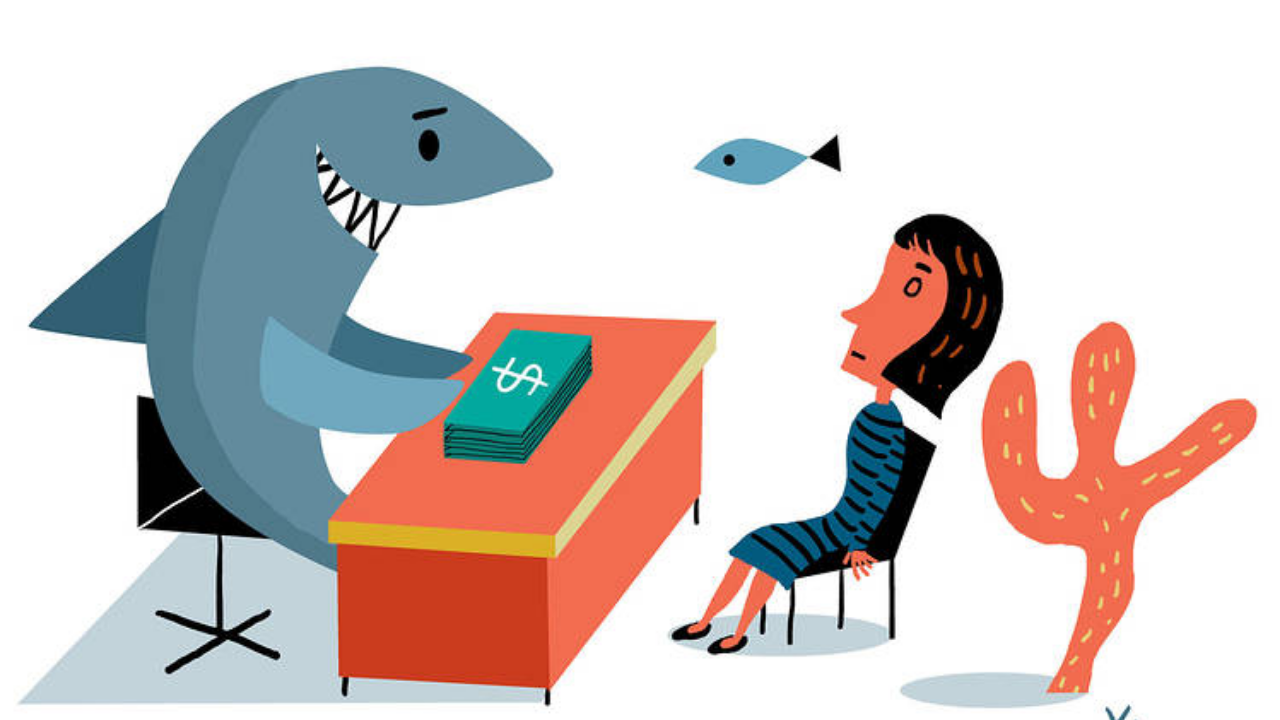 The Financial Conduct Authority (FCA) keeps details of all authorized lenders. If a lender isn’t listed as having a current authorization to lend money, don’t borrow money from them. Want to know why? Read this.

This concept emerged in the US, more in the 19th century, when interest rates were low and small loans were not profitable. At that time, these seemingly illegitimate lenders operated out of proper offices, borrowed money from the legitimate lenders at reasonably low prices, and lent at illegally high rates to the people in need.

Therefore, local loan sharks do not require background checks or credit reports. They will lend large sums of money with the intention of gaining high levels of interest in a short time. Do not be deceived by their friendly look.

If you’re thinking about using a loan shark because you can’t borrow money anywhere else, there are a number of organizations that offer free debt advice. In most cases business dealings with a local loan shark are illegal; it is best to seek other alternatives.

They might seem friendly at first but borrowing from them is never a good idea. Want to know a secret about these local loan sharks? Then, this is the wrong time to skip this article. Keep reading.

How Does Local Loan Sharks Work?

Loan sharks are illegal lenders who often target low income and desperate families. They might seem friendly at first but borrowing from them is never a good idea.

A local loan shark is an unlicensed moneylender within a personal or professional network offering to provide loans at high interest rates. They may be found on the internet, or through personal networks. In fact, their funds are usually from unidentified sources.

These local loan sharks will lend you large sums of money, with the intention of gaining high levels of interest in a short time. For instance, a loan shark can lend you $10,000, and demand for $20,000 from you in 30days.

Also, you should note that licensed moneylenders are regulated by the Financial Conduct Authority (FCA) and must follow the FCA’s codes of practice.

Why Loan Sharks Are Bad?

Local loan sharks are called ‘loan sharks‘ because they are like sharks; aggressive, angry, and greedy. Thus, they can do many illegal things to just get repayment, like kidnapping or even killing.

Some loan shark charges rates can be as high as 1.5% per day. Along with the interest rates charged by them, they also charge additional fees at their whims and fancies.

RELATED:  Apple Card Review 2021, Is It Worth Your Money?

As a matter of fact, there are many risks attached to borrowing from a loan shark. Some of which include:

Instead of borrowing money from these local loan sharks, check out 11 legit Get Paid to Text Opportunities in 2022

How To Spot A Loan Shark?

To check if a money lender is authorized to lend money, you can search the Financial Conduct Authority database and shop around for the best deals.

Well, spotting a loan shark is not difficult. Even if you decide to spot them manually without the help of the Financial Conduct Authority, the tips below can help.

As a matter of fact, even though most local loan sharks act like this, some of them are actually helpful and not harmful. In fact, any lender, licensed or unlicensed, who harasses you is breaking the law.

You should report any loan shark harrassing you to your local Trading Standards office and to the police if the loan shark threatens you or uses violence.

What Does The Law Say About Loan Sharks?

It’s a criminal offence to lend money for profit without a consumer credit licence, although it’s not illegal to borrow from such a company or person.

The best advice for dealing with loan sharks is ‘don’t’.

How To Report A Loan Shark?

To report a violent loan shark, you can do the following, and and expect god response.

Are Local Loan Sharks A Scam or Legit?

Below are the advantages and disadvantages of borrowing money from a loan shark:

Sometimes, these sharks are actually like Angels in human form helping individuals who are really in need of money. In such cases, these individuals may have already failed to get finance from banks or other legal sources, e.t.c.

The following are the advantages of loan sharks:

In my opinion, even though it’s not illegal to borrow from a loan shark,  and also, you are under no legal obligation to repay the debt, you should always pay up any money you borrow. It tells a lot about your honesty and integrity.

Well, as you know, in everything, there are advantages, and of course, disadvantages.

Offering money to individuals easily without much of hassle and documentation comes with certain disadvantages, some of which are explained below:

Generally, the interest rates charged by loan sharks are mentioned on a weekly basis instead of annual.  For instance, a loan shark can lend you $10,000, and demand for $20,000 from you in 30days.

Some loan shark charges rates can be as high as 1.5% per day. Along with the interest rates charged by them, they also charge additional fees at their whims and fancies.

The terms and conditions of the agreement made by loan sharks are often confusing. This includes repayment terms, interest rates, etc.

The loan agreements and conditions are designed in a way that makes it almost impossible for the borrower to repay the loan. Since the interest rates charged by the loan sharks are exorbitantly high, all that borrower ends up paying is towards the interest and the principal amount is difficult to repay.

In most cases business dealings with a local loan shark are illegal; it is best to seek other alternatives.

What Can I Do About A Loan Shark Debt?

If you’ve borrowed money from a loan shark, the most important things to remember are:

How can I know if a lender is legit?

It’s not always obvious if a creditor is lending money illegally, especially if they act like a normal business.

The Financial Conduct Authority (FCA) helpline can tell you if a business has a valid consumer credit licence. You can call them on 0800 111 6768.

If you have a payment book or agreement showing an address or licence number, have this handy when you call.

Sometimes a business may have a valid consumer credit licence which allows them to do other financial activities, but not to issue loans. They’re still breaking the law if they lend or collect money.

Are there alternatives to borrowing from a loan shark?

Even if you’re on a low income or have a poor credit rating, there are safer ways to access money or cover expenses. They include:

Whether local loan sharks are legit or not, the best advice for dealing with loan sharks is ‘don’t’.

They’re unlicensed moneylenders who charge very high interest rates and sometimes use threats and violence to frighten people who can’t pay back their loan.

The issue with loan sharks isn’t with getting loans from them, rather, it is with what happen if you’re not able to pay back. Remember, where you get the loan from is also important, and can make or mar you.