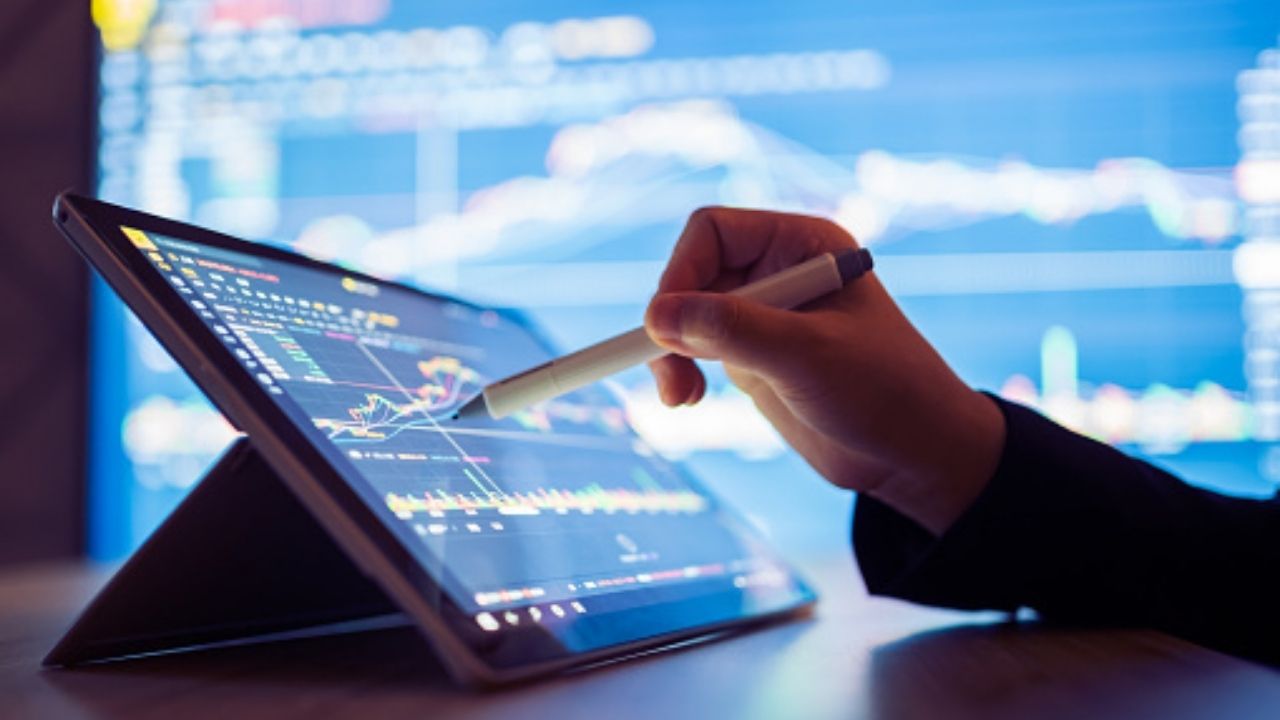 It is totally justified to seek out safe stock investment in this time of uncertainty due to the pandemic- as no one would like to lose money.

Fortunately, there is a lot of low-risk, high reward stock options to consider, some of which I highlighted in this post. Continue reading to know more.

Risk is very important to investing; no discussion of returns is relevant without some mention of the risk involved. The trouble is figuring out where the risk really lies and what the differences are between low risk and high risk. Knowing this helps investors identify opportunities to seek greater returns.

While it’s true that the amount of return you can get depends on how much risk (and losses) you are willing to accept, great investors make their living by balancing these two.

Since I can’t decide the amount of risk you are willing to take as an investor, I have put this post together to show some of the low risk, high reward stock available for your money.

What Are Some Of The Low Risk High Reward Stocks?

Here are 10 low risk, high reward stocks to buy to help you grow your money safely.

McCormick (NYSE:MKC) is a diversified food company that makes spices and flavorings. The company hasn’t posted a negative annual return since 2008, which means it has seen its stock price grow each year for the past 12 years.

While the historical EPS growth rate for McCormick is 12.2%, investors should actually focus on the projected growth. The company’s EPS is expected to grow 7.7% this year, not many companies can say that. Even this year, with the S&P 500 down about 4% and the food products industry down roughly 6%, McCormick keeps moving along, up about 6%.

On June 25, the company delivered more solid results for the second quarter of its fiscal 2022, posting an 8% increase in revenue year over year and a 27% gain in profits. The increases were due in part to people staying home and cooking more.

But the fact is that McCormick performs in all markets, as its profit margins have consistently been in the 40% range for the past decade. Right now, year-over-year cash flow growth for McCormick is 7.8%, which is higher than many of its rivals. In fact, the rate compares to the industry average of 4.4%.

Another sign of its consistency is its dividend, which has gone up 33 straight years. McCormick has a low beta of 0.36, meaning it is less prone to react to swings in the overall market. Currently, the Mccorwick stock price is traded at 200.96 USD +1.57 (0.79%). It has been the model of consistency through every type of market which makes it a low risk, high reward stock.

Dollar General Corporation (NYSE:DG) is a discount retailer that offers a selection of merchandise including consumables, seasonal home products, and apparel. They have been a powerful performer in 2022, up about 22% year to date.

The store sales increased 21.7%, and earnings per share grew 73% in the first quarter, as the discount retailer stayed open as an essential business during the stay-at-home orders. The company opened almost 1,000 new stores last year.

Like McCormick, Dollar General has performed in all markets, with 10 straight years of positive returns since it went public in late 2009. But the consistency goes well beyond that, as the company has enjoyed 30 consecutive years of same-store sales growth — a key metric that shows whether a retailer is growing through execution as well as expansion.

Few stocks have been as reliable over the past decade as Moody’s (NYSE: MCO). The company who provides credit ratings, research & analysis covering, fixed-income securities, other debt instruments & quantitative credit risk assessment services for banks, corporations & investors have posted an annual return of 24% over the last 10 years and has performed well this year too up about 15% year to date.

Moody’s is so strong in large part because it’s one of only three big players in its industry, along with S&P Global and Fitch Ratings. The three firms control 95% of the market, with Moody’s and S&P 500 the two leaders at about 40% market share each.

This moat is well-protected, as the market will only support a handful of rating agencies and they’re heavily regulated. Hence, don’t expect to see Moody’s facing any new competition any time soon.

In the first quarter, Moody’s revenue jumped 13%, while earnings per share climbed 32% to $2.60 per share. Revenue for Moody’s Investors Service – the rating business – was up 19% in the quarter, while Moody’s Analytics was up 5%.

Moody’s makes about 60% of its revenue from the credit rating business, but it has grown its analytics side of the business over the last few years to diversify revenue for when debt issuance is low.

In the past year or so, Moody’s has made moves to increase the analytics business through acquisitions. It bought Regulatory DataCorp, a company that provides data to help companies stay in compliance with regulations, and RiskFirst, a firm that provides risk analytics to asset managers and pension funds.

You can check this out How To Make Money In The Stock Market: Full Guide.

Berkshire Hathaway (NYSE: BRK-A), (NYSE: BRK-B) is a multinational conglomerate that owns a collection of about 60 business subsidiaries, including GEICO, Duracell, and others. Many like these generally do well irrespective of climate.

They also own a significant minority in public companies like Kraft Heinz Company (26.7%), The Coca-Cola Company (9.32%), Bank of America (11.5%), Apple (5.4%) the company acquired large holdings in the major US airline carriers, namely United Airlines, American Airlines, to name a few but sold all of its airline holdings early in 2022 .

Berkshire Hathaway has an average annual growth in book value of 19.0% to its shareholders since 1965 (compared to 9.7% from the S&P 500 with dividends included for the same period, while employing large amounts of capital, and minimal debt.

In a nutshell, owning Berkshire is like owning many investments in a single stock. This puts it on the list of low-risk, high reward stocks.

The Walt Disney Company, commonly known as Disney is a diversified multinational mass media and entertainment conglomerate with headquarters at the Walt Disney Studios complex in California.

RELATED:  Fidelity Vs Vanguard Investment 2022: Why You Must Choose Any of These Brokerages

In addition to this, Disney owns a massive cruise line, the Pixar, Marvel, and Lucasfilm movie studios, the ABC and ESPN television networks, and the Hulu, ESPN+, and Disney+ streaming services.

Its theme parks have huge pricing power and perform well in most economic climates. Disney’s movie franchises are among the most valuable in the world, and its streaming businesses are producing a and rapidly growing stream of revenue.

As we’ve seen, Disney hasn’t been immune to the COVID-19 pandemic. The theme parks were closed for months and will be operating at reduced capacity for the foreseeable future. Disney’s cruise line remains closed, and most movie theaters are as well. But in the long term, Disney’s brand and valuable intellectual property make it a safe investment.

The company, which trades on the New York Stock Exchange (NYSE) as (NYSE: DIS) has been a component of the Dow Jones Industrial Average since 1991. In August 2022, just under two-thirds of the stock was owned by large financial institutions.

Apple Inc. is a multinational technology company with headquarters in Cupertino, California, that designs, develops, and sells consumer electronics, computer software, and online services. It is considered one of the Big Tech technology companies, alongside Amazon, Google, Microsoft, and Facebook.

Apple trades as (NASDAQ: AAPL) and has a long-lasting advantage of both an extremely loyal customer base and an ecosystem of products designed to work best in conjunction with one another. In other words, iPhone customers tend to remain iPhone customers.

People who use MacBook laptops tend to be very loyal to the brand as well, and the stay-at-home nature of the COVID-19 pandemic may serve as a catalyst for MacBook sales.

Starbucks Corporation traded as (NASDAQ: SBUX) is a multinational chain of coffeehouses and roastery reserves. With headquarters in Washington, it has become the world’s largest coffeehouse chain.

Its trusted brand gives the company pricing power over rivals, and its massive scale gives it efficiency advantages too. In other words, Starbucks can charge more money while simultaneously benefiting from the cost advantages that come with being such a large company.

Starbucks continues to increase its revenue year over year- as of 2019, revenue generated stands at $26.50 billion. Even when the COVID-19 pandemic forced Starbucks to close its inside seating areas, consumers still flocked to Starbuck’s drive-through lines to pick up their favorite beverages.

Read this also What Is Dividend Growth Investing? | A Full Guide To Massive Wealth

The Procter & Gamble Company (P&G) is a multinational consumer goods corporation. It specializes in a wide range of personal health/consumer health, these products are organized into several segments including Beauty; Grooming; Health Care; Fabric & Home Care to name a few.

Before the sale of Pringles to Kellogg’s, its product portfolio also included foods, snacks, and beverages. To show you how consistent Procter & Gamble’s business has been over time, the company has increased its dividend for 63 consecutive years. That’s one of the best dividend histories in the entire stock market.

Treasury funds are treasury bills, notes, and bonds. These securities principles are dependent on whether inflation goes up or down. They are issued by the United States Department of Treasury. It is important to note the following about treasury funds.

With Treasury securities, you can either buy or sell directly or through mutual funds, or wait till it matures. You aren’t able to break your maturity date. If you keep Treasury until they mature, you won’t lose any money, unless you buy a negative-yielding bond.

The costs of investing in Treasury securities may vary. You could spend anywhere from $0 to $5 million. If you choose to invest with the help of a broker, you may have a broker-assisted fee.

These investments are also known to be one of the safest investments, and your earnings may be tax-exempt.

An annuity is an insurance contract that guarantees regular income payments to the contract purchaser. A fixed annuity is the simplest form of an annuity. With fixed annuities, you pay into the annuity and in return, they give you a fixed amount of income.

This income usually comes monthly, over a period of time that could be as long as you live. If you are getting a form of guaranteed return, your risk is lower. Your annuity is backed by the insurance company that holds it.

As of mid-August 2020, fixed annuity interest rates range from about 1.0% to 3.60%, according to Blueprint Income, a fixed annuity marketplace. Keep in mind, though, that higher interest rates often come from less well-regarded insurers, meaning they are more likely to default on payment.
Examples of annuities include Social Security and Pension plans.

To have good knowledge of outstanding stocks, preferably low-risk, high reward stocks that you can buy, I recommend you sign up to Motley fool’s Stock Advisor. With over 25 years of financial experience and expertise, the Gardner brothers have helped millions of Americans reach financial freedom.

The stock advisor gives you a range of stock options to choose from based on your preference.

It is important to know that no investment is entirely risk-free. However, there are low-risk, high reward stocks where you can put your money.

See my list to know which of the stocks to invest in.

See These Posts Too