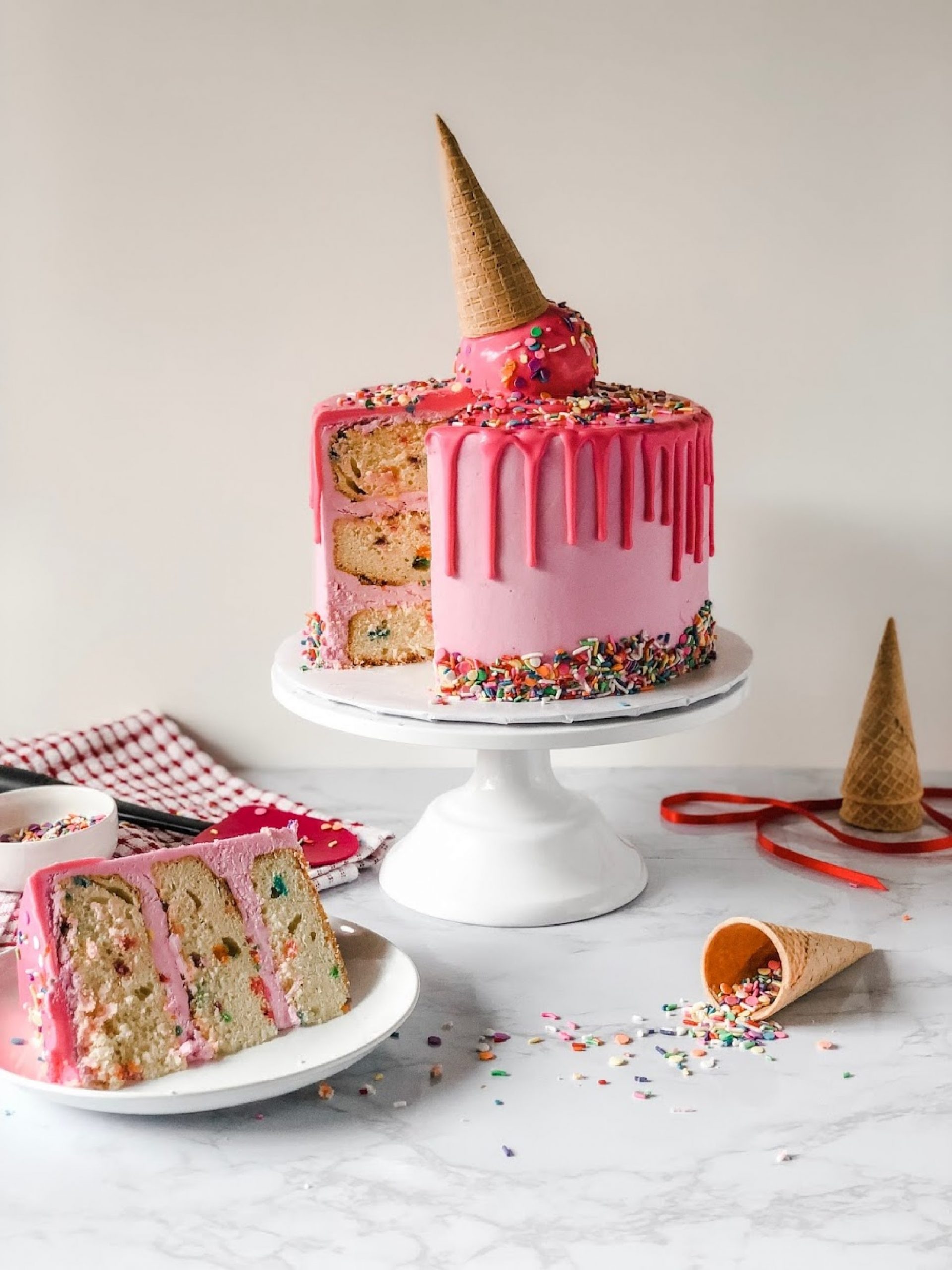 Cakes are one of mother nature’s gifts to humans because there is a choice for everyone. Whether you have allergies or not, there’s one for everyone and some are the most expensive you can cakes you’ll ever find.

Cake is a word that makes mouths water. We understand that the more sophisticated the cake the more expensive it is.

However, what we bring to you today from the list of the world’s most expensive cakes astounds us.

When it comes to the most expensive cakes, you may have a budget in mind.

Cake Boss is a reality series that is set at Carlo’s Bakery in New Jersey and airs on cable television network TLC.

The most expensive cake on cake boss cast a whopping $30 million and was baked by Buddy Valastro and his crew for New York city socialite Devorah Rose but more on that later.

The richest of the sponge cakes is chiffon cake. However, this oil-based cake is also one of the more difficult and time-consuming to prepare as one has to separate the eggs and whisk the whites until soft peaks form before adding the yolks separately.

Those searching for a personalized cake by cake boss shouldn’t be put off by the $30 million cake price tag. According to Buddy Valastro, with as little as $100, you can get a frosted sheet cake. “It depends on what you desire” he responds.

Below, we will list the 10 most expensive cakes in the world.

The Royal cake from Prince William and Kate Middleton’s wedding is number ten on our list. With the conventional 8-tier framework, this cake was only 3 feet tall.

Given the history of royal wedding cakes, it is odd that the cake is this little. The cake had begun to take shape two months prior to the wedding. Yes, you may believe that no one would eat stale cakes at their wedding, but this is entirely incorrect.

Though it may seem strange that the royal cake is ranked tenth on this list, it has served as an inspiration for many weddings.

The cake produced for Kate Middleton and Prince William’s wedding ceremony in 2011 did certainly look royal.

It is one of the most expensive cakes in the world.

This stunning platinum cake was produced by Nobue Ikara, a Japanese pastry artist, in 2007.

The Platinum Guild International, a brand that aimed to inspire people to buy platinum jewelry, displayed it. The flavor of the fondant cake’s foundation is unknown, valued at over $130,000, and is garnished with stunning platinum jewels, necklaces, and pins.

The addition of edible platinum flakes raised the price of this conventional fondant and frosting cake.

Many Japanese ladies, including model Chie Kumasawa and actress Rinko Kikuchi, were honored with this lovely dessert.

The positive thing about the cake is the fact that it was dedicated to women’s empowerment and turned out to be a successful campaign by the brand.

This tiny beauty, like the other treats on this list of the world’s most costly/expensive cakes, comes in at number eight.

A total of 100 diamonds weighing a total of 50 carats adorn the cake. It is based on the idea of a tree with gorgeous fruits on its branches.

The cake was developed for marketing purposes in order to attract people who came to a mall to do their Christmas shopping.

It is preserved on display inside the Takashimaya department store in Osaka, Japan’s westernmost metropolis.

Though unlike the other cakes that find a place in this list, this one is not edible, yes you wouldn’t even receive a bite, it would simply serve as a conversation starter at your gathering.

The Luster Dust Cake was created in 2010 for the Dallas Bride Fair. It was a joint effort of Dallas’ Delicious Cakes and Dallas Gold and Silver exchange. The exterior part of the cake is made using luster dust frosting and is decorated with worth more than one million dollars of jewels.

The color and specialization for the use of Ivory fondant were our favorite aspects of this cake. If this cake was a real one it would have weighed about 200 pounds.

This foam-filled cake had to be monitored 24 hours a day and carried in an armored vehicle!!.

It is one of the most expensive cakes in the world

The next on the list of the most expensive cakes is the Africa Cake.

One of Tokyo’s jewelry store designers produced this cake which resembles the shape of Africa.

Furthermore, to make it more fascinating, he embedded it with 2000 diamonds. The diamonds have been artfully put around the perimeter of the cake and the southern tip as these were Africa’s hotspots of diamond mines.

The Beverly Hills Luxury Bridal Show, as most of you are already aware, becomes more and more spectacular every year. 2006, on the other hand, was a pivotal year for them.

They settled on a wedding cake to go along with their wedding theme. The cake, which was created by Nahid Parsa, is adorned with gold flakes and several diamonds.

It’s unclear whether it was sold or not, but it was really stunning. It is adorned with large diamonds that are put so gracefully on the cake that they are hardly visible.

With the pink flowers emerging at the bottom of the cake, it adopts the shape of a bride’s gown and is very magnificent. The cake was heavily guarded and covered in gold dust and gold flakes.

This is one of the most expensive cakes in the world.

Devorah Rose, the editor-in-chief of Social Life Magazine, paid $30 million for this dessert for one of her many lavish events.

The Cake Boss created the Diamond Gala cake (a reality show). Devorah Rose contacted the show’s creator and demanded that they make a $30 million cake for her.

Buddy and his team then collaborated to construct this cake, which features stunning diamonds, rubies, emeralds, and sapphires valued at $30 million.

This is one of the most costly cake.

Also read; 10 Most Expensive Engagement Rings In The World

The world’s third most expensive cake is worth $35 million.

This cake broke the record for the most costly cake in 2012 and is still on the list today. This dessert, created by Chef Dimuthu Kumarasinghe, is designed to seem like a pirate ship with a “booty” of dazzling and precious stones.

RELATED:  What is a Good APR for a Credit Card? How Does it Work?

Beautiful jewelry, such as brooches, rings, and necklaces, have been draped over the cake.

The cake’s edible portion has ten layers, each with a different flavor, such as pumpkin, zucchini, or coconut meringue.

Another method to waste money is to spend it on things you don’t need.

A 52 million price tag for a cake that ranks among the world’s most costly cakes with no rationale other than its diamonds isn’t worth the discussion.

This composition fulfilled a requirement for a Liverpool-based television show. Because there is nothing exceptional about the cake, it only took the baker 5 days to complete.

Its existence is being exploited to set new records and draw attention to the event.

This is the second most expensive cakes in the world.

This dessert is the most costly ever, costing more than your house and car combined.

This record was set in the United Arab Emirates by a person who had no idea when he bought the cake that it would break all records. He was merely looking for something different for his daughter’s birthday when they came across this lovely cake.

However, when cake designer Debbie Wingham received a call for this dessert, her life was forever transformed.

The six-foot-long cake resembles a fashion runway, with edible models dressed in attractive outfits and accessories.

It features 4000 diamonds altogether with Pink, Yellow. Black and White Diamonds. When gemstones, such as multicolored diamonds worth $45 million, were inserted, the price rose significantly.

This $75 million cake has officially been dubbed the world’s most expensive cake.

Read 10 Most Expensive Jewelry in the World in 2022

It must have taken a lot of effort, thought, imagination, and a lot of hours of pure devotion to creating such beautiful works. And it certainly makes them worthy of the price and the fame that they have.

Which most expensive cakes is your favorite? What’s the highest amount of money you would spend on a cake? Let us know in the comments.