Home 10 Most Expensive Maserati Cars In The World
aautomobile

10 Most Expensive Maserati Cars In The World

If you are a luxury car enthusiast, the name Maserati sure rings a very loud bell. The company produces some of the world’s most expensive supercars, as every sports car enthusiast knows.

Maserati opened its doors with the goal of producing premium sports cars that were hand-built to be the quickest and most expensive in their class.

Do you think you have seen the costliest of cars?  wait till we detail the 10 most expensive Maserati cars and their jaw-dropping prices.

About The Maserati Luxury Brand

The Maserati brothers, Alfieri, Bindo, Carlo, Ettore, and Ernesto formed the company in 1914 in Bologna, Italy, and remained there for 26 years, making it one of the oldest sports car manufacturers in the world. In 1940, the factory was moved to Viale Ciro Menotti in Modena.

Ferrari later bought it to broaden its consumer base and appeal. It was previously part of the Ferrari company, but in 1993 they sold it to Fiat. They’re still owned by Fiat, but they’re now part of a business that also makes Alpha Romeos.

With Maserati at the helm, these sports car businesses have continued to build concept cars that were inconceivable at the time. The name continues to thrill race car fans as well as those with extra cash and the desire to add a handful to their impressive auto collections.

Maserati has set new records for road cars, although the firm is best known for racing cars. Although you won’t see many of these vehicles on the road in many Midwest states, they are common in warmer regions such as Los Angeles and Miami. The car is a thrill for richer communities like Beverly Hills, being seen is everything, and that is where you will see a good number of the most expensive Maserati.

In case you’re interested, the trident insignia on the Maserati grill is based on the Fountain of Neptune in Bologna’s Piazza Maggiore and was developed by Mario Maserati, an artist. They opted to preserve it as a fitting symbol for the brand because Neptune denotes strength and vitality, two qualities necessary for producing exceptional sports vehicles.

We’ve compiled a list of ten of the 10 most expensive Maserati in the world for you today. Did you know that a used Maserati car can be purchased for as little as $65,000? We’re confident, though, that it will not make the neighbors envious. True sports car connoisseurs are unlikely to accept such a compromise.

How Much does it cost to get a Maserati?

Why Maserati Cars are so Expensive?

We know they are high-end luxury cars but ever wondered why Maserati cars are so expensive? Maserati vehicles are ultra-high-end luxury vehicles. For a multitude of factors, including “Brand, Quality, Manufacturing Methods, and Exclusiveness and Safety,” their costs are expensive.

Below are the reasons people pay a good amount to own some of the most expensive Maserati cars you have seen.

Maserati has a long history of satisfying clients with top-notch luxury that distinguishes it from other brands. From the hand-crafted seats to the high-performance sensors, Maserati is all embodiment of reliability and luxury.

When it comes to customization, Maserati is second only to Rolls Royce. The car is a premium luxury brand. The brand quality and manufacturing process are carefully done to match the price tag and high-end luxury attributes.

As opposed to mass production, they produce Maserati in a few limited editions, and sometimes for a selected number of individuals. This further made it very expensive, as the super-rich would like to be among the few that own a limited edition of a Maserati.

This is one feature the 10 most expensive Maserati cars in the world have.

10 Most Expensive Maserati cars in the world

Below is the list of the most expensive Maseratis cars you could think of owing. Be ready to cough and shell out a good amount of money if you want to join the league of owners of these sleek but pricy beauties.

The GranTurismo’s bespoke version, the S by Mansory, was sporty and fantastic looking, with a freshly designed front spoiler. This, of course, displays the renowned Maserati trident in the grill’s center. When it comes to customizing Italian hyper sports vehicles, we consider Mansory the most spectacular manufacturing specialist.

This model is what we would call a typical Maserati sports car: sleek, luxurious, and powerful. It’s actually a Maserati-equipped cabriolet. It was based on the GranTurismo and was meant to kick off a new, very desirable line, which it did. The 4.7-liter V8 engine produces 460 horsepower, but as you’ll see in later variants, it gets better.

The company plans to produce 50,000 units per year by 2015, up from the existing 6,159 units. That would be a huge leap, but the next generation of this car is projected to be smaller and incorporate innovative technology, such as a new engine that would allow it to speed up and become more fuel-efficient, keeping it ahead of the competition.

It will be unveiled later this year, with sales beginning the following year. So keep an eye out for what could be your next cargame if you’re interested.

What an illustrious name for a car: “demonoxious,” which sounds devilishly loud and speedy and clearly meets the bill. The other half of the name “Stradale wheels” refers to the 20-inch wheels, which are considered the most innovative improvement from the GranTurismo MC.

RELATED:  Can You Lease A Used Car? Full Step-by-Step Guide

Because automobile manufacturers, like Maserati, produce multiple versions of their most well-engineered and popular models, the cars are frequently titled after the most recent iteration, as is the case here.It is on our list of most expensive Maserati cars in the world with a price tag of $370,000

Maserati’s master tuning specialists are Novitec Tridente. They’re the ones that came up with the idea for this four-seater convertible. The GranCabrio MC received a new supercharger, as well as an improved intake manifold, larger fuel injectors, and other improvements.

This brilliant yellow GranTurismo MC Stradale looks incredible, and its performance is legendary. It starts with a 4.7-liter V8 engine with 646 horsepower, allowing it to go from 0 to 60 mph in 3.9 seconds and reach a top speed of 190 mph.

It can be made quicker by changing the gearing, which will reduce the time by.7 seconds and increase the speed to 205 mph.

This is one of Maserati’s more exquisite sports vehicles, and if you drive one, you won’t go unnoticed. This hotrod is powered by a 4.7-liter V8 engine that replies in a matter of seconds. According to reviews, this is one of the most comfortable rides, with minimal shaking.

The steering is tight, and a small button next to the column labeled “sport” begs to be pressed to kick the performance up a notch. Our list of most expensive Maserati would be incomplete if we fail to mention this high-end luxury car.

Only three of the Tipo 151s were produced in 1962. In 1963, it was upgraded for the Le Mans race, with a new engine, Lucas indirect injection, and other changes. Although it was built for racing, the Tipo dropped a wheel during free practice for the 2013 RAC Tourist Trophy celebration, buckling the suspension and sending it into a nearby wall.

The 4.0-liter V8 engine of the 2-seat front-engine coupe was refurbished and restored fetching it a $1 Million price tag.

The 75th Birdcage debuted at the 2005 Geneva Motor Show. It later became the thrid most expensive Maserati ever sold. The name is a tribute to Pininfarina’s 75th anniversary as a design firm, as well as the famous Maserati Birdcages of the 1960s.

The bubble canopy substitutes traditional doors, and the windshield covers a considerable portion of the vehicle because it sits so low. Sleek Dreams, a documentary that explores the six-month design process, is a must-see for automotive enthusiasts.

RELATED:  Webuyanycar Reviews 2022: Is It Legit or A Car Selling Scam

One user stated in an internet review that they saw the Maserati MC12 Corsa on the road while at the Nurburgring and that it was all they imagined a sports vehicle could be. “It’s so loud,” they said, “it climbs up to 147 decibels, which is screeching rapidly.”

The Corsa, unlike the original MC12, was not designed for racing. Only 12 were sold for well over $1 million each, indicating that they were clearly a good investment.

The initial plan for this supercar was to create a limited edition of 25 cars by hand. The model was so popular that it was sold out before they even showed it at the 2004 Geneva Motor Show. In 2005, the business decided to build another 25.

It was Maserati’s first street-legal mid-engine grand touring car since the early 1980s. They conceived this while the firm was still owned by Ferrari and was intended to be a future FIA GT racer. This is the most expensive Maserati on the market.

Is Maserati Owned by Ferrari?

In July 1997, FIAT sold Maserati’s long-time arch-rival Ferrari a 50% stake in the company (Ferrari itself being owned by FIAT). Ferrari assumed complete control of Maserati in 1999, making it the company’s luxury division.

While there are numerous luxury automobiles on the market, a Maserati made in Italy stands out. Whether you prefer an eye-catching convertible or a more practical SUV, you have options. Maserati autos scores excellent owner reviews on Vehicle History.

Owners of Maseratis boast about how smooth the ride is, how beautiful the interiors are, and how rapid the acceleration is. This goes further to justify why the most expensive Maserati cars are sold at such eye-popping prices.

FAQs on the most expensive Maserati

Are Maseratis worth it?

Maserati cars and SUVs are, without a doubt, among the most spectacular vehicles money can buy. If you buy an exclusive vehicle, such as a Maserati, you can expect to pay more for repairs and parts than the ordinary driver.

What is the rarest Maserati?

One of the most famous Maseratis ever made is also one of the rarest.

Is Maserati one of the most expensive cars?

Maserati is recognized for developing high-end, speedy automobiles. The design of their emblem is reminiscent of Neptune’s trident, conjuring up images of luxury, elegance, and speed.

How Much do Plastic Surgeons Make a Year?

How Much Does An HVAC Technician Make? 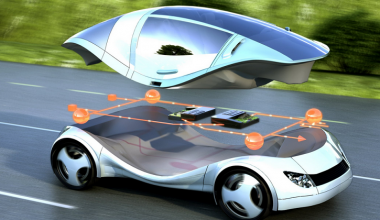 Read More
aautomobile
Technology brings the ultimate revolution in the transportation industry. It will be an interesting and exciting phase for… 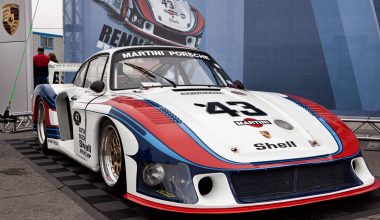 Read More
aautomobile
There are a plethora of sports cars cluttered with great engines, sleek design, and other astounding features. The… 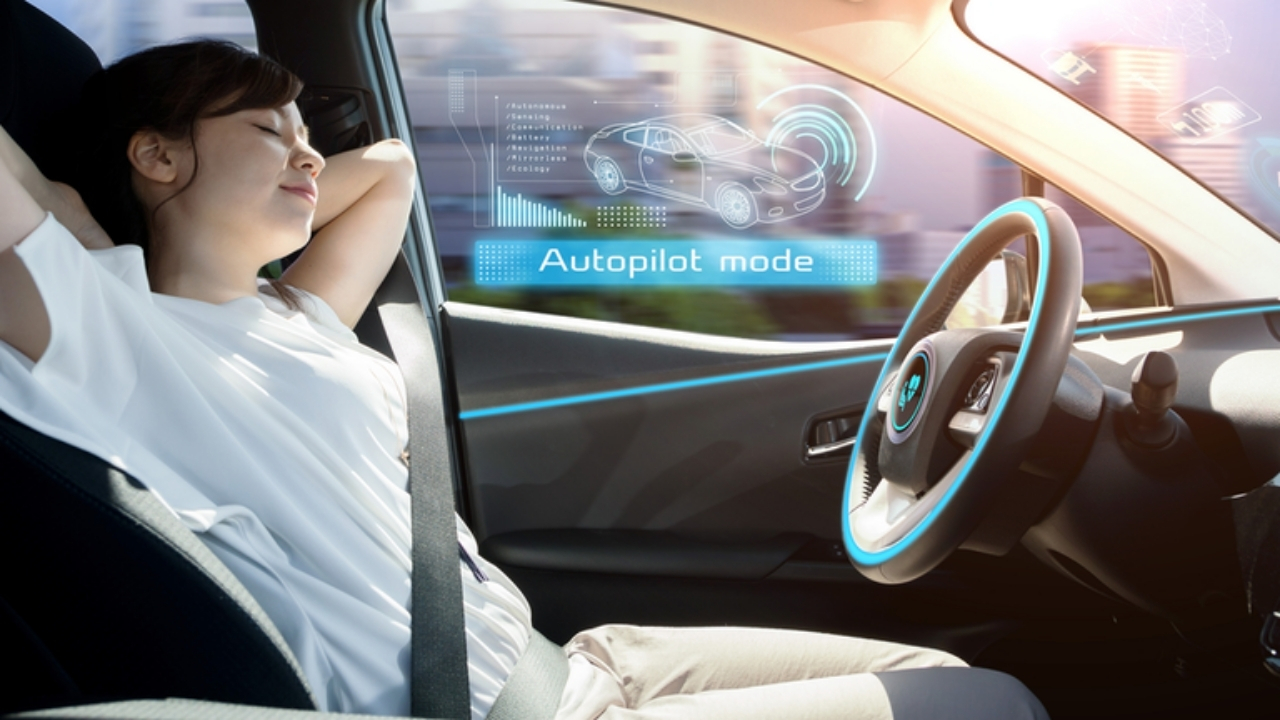 Read More
aautomobile
A few centuries ago, the idea of cars with self-driving features was only a myth. Nowadays, fully autonomous… 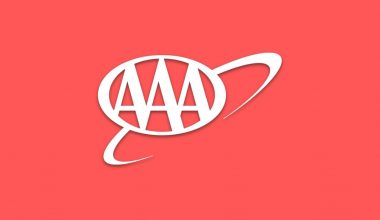 Read More
IInsurance
Automobiles are sometimes embarrassing and frustrating when they accidentally breakdown, especially when it happens on a lonely highway.… 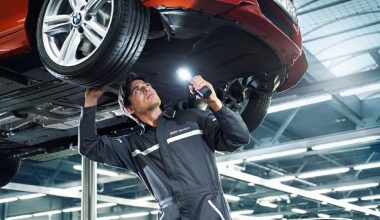 Read More
aautomobile
Even though buying a car can be liberating, it also comes with hidden expenses and responsibilities. The main… 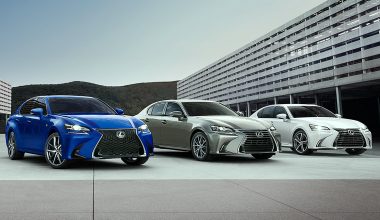 Read More
aautomobile
There are varieties of cars produced in the world at large, but truth be told, there are exceptional…