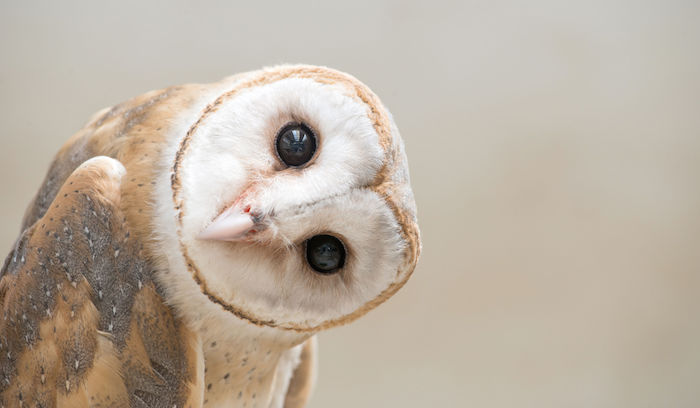 Due to their nocturnal activity and oddly unique appearance, owls have often been seen as mysterious animals and have been the subject of various myths and superstitions over the ages.

While some cultures associate them with witchcraft, other cultures believe the hoot of an owl is a call from the spirits and that those who respond with a whistle without getting a response back from the owl meant death was imminent. These owl myths have led to their harsh treatment and elimination for ages.

So what does it mean when you see an owl? Are the myths by these cultures to be believed? Knowing what an owl symbolizes will help you navigate through the myths and superstitions and also understand what makes this creature so unique.

Is it good luck to see an owl?

In reality, the superstitions about bad luck surrounding these magnificent night hunters are no different from superstitions like broken mirrors, spilt salt, black cats or days like Friday the 13th, it’s all hogwash!

Owls generally symbolize change which to most people who are unwilling to change can be seen as bad luck. However, that change is often crucial and needed for spiritual evolution, transformation, and growth.

You Should Check Out; How to become an Animal Psychologist

What does an owl sighting mean?

Naturally curious, owls are known to be great explorers and are constantly revealing uncharted and new terrains. Seeing an owl might be a message that you’re about to receive insight that will help you get past an uncertain period in your life. It also symbolizes your need to be more courageous and curious.

Seeing an owl is not a sign of death. In fact, owls have no business with humans or their deaths and want nothing to do with them. They are also not messenger birds for witches and do not deliver letters as you’ve seen in Harry Potter.

What is the spiritual meaning of an owl?

What does it mean when you see an owl at night?

Most animals unlike humans are nocturnal and active at night. Seeing an owl at night is no reason to be afraid. These skilled night predators are not interested in humans.

On the contrary, they might even be of help when it comes to pest control. Owls are known to hunt rodents, insects, and other pests and their screech is known to ward of bigger animals.

Owls represent intuitive development, trusting the mystery, wisdom, observant listening, knowledge, change, and transformation. They are also linked with the spiritual symbolism of death which leads to new beginnings, an evolved perspective, and higher understanding.

Knowing common facts about owl symbolism will help you understand why these creatures are not to be feared.

What is the meaning of seeing an owl outside your house? Owls can be a symbol of change and a sign that you’re about to make huge life-changing decisions.

Be sure to pay attention to the things that happen after the owl sighting. If good things come your way, then your sighting is one of great fortune, but if something negative happens such as an illness, then the sighting might be foretelling bad news.

Owl Symbolism and How It Affects Various Cultures

Owls have been recognized for thousands of years as creatures of the spirit world nearly everywhere in the world. While they were revered for their spiritual discernment, they were also feared for their supernatural power.

Understanding how the owl has been interpreted and used by different cultures gives you a deeper appreciation of their complexity.

Owls in Egypt, despite their association with death and darkness, were also celebrated for these characteristics. In hopes of gaining a glimpse of a hidden world, Egyptians feared and worshipped animals who they believed had supernatural connections to the afterlife.

Chinese Symbolism of an Owl

There is a long-standing association between owls and witchcraft in African cultures. According to African belief, the owl catered to both material and spiritual planes, conveying messages. In some Africa cultures, the hoot of an owl was a sign of negative things to come.

Owl Symbolism by the Native Americans

In Native American tradition, they played an important role as teachers, especially to the young. Owl stories taught children that wandering out after dark can lead to danger.

Storytelling was a Native American tradition for teaching children important life lessons without lecturing or disciplining them. The owl was seen thus as a great teacher of the night.

The ancient Romans believed that you could uncover the secrets of a sleeping person by using a feather from an owl.

Not only is the owl symbolism by these cultures untrue and merely myths, but most of these owl myths are also the major reasons why owls throughout the ages have been subjected to harsh treatments and attacks.

So if you’d ask me, I’d say that most if not all owl symbolisms are worth the hassle as they cannot be backed by research or documented evidence. As such, they should not be the reason why these wonderful night hunters are feared, despised and hunted.

Is an owl an evil bird?

An owl is not an evil bird. However, because beliefs from various cultures associate them with death, evil, and witchcraft, they are often feared and killed.

What does an owl symbolize in Mexican culture?

Death, magic, magic and darkness are associated with the owl in Mexico. Legends about the creature still hold sway in small Mexican towns with many maintaining their fear of owls.

RELATED:  How to Stream on Twitch | Beginners Guide
What does the owl symbolize?

Owls are more likely to embody spiritual wisdom than intellectual wisdom. However, mythology relates them to feminity and wisdom.

What god is represented by an owl?

Before the Greeks gave their pantheon human forms, the owl represented Athena, goddess of wisdom and strategy. The owl was also believed to be kept on the shoulder of Athena, where it revealed world truths to her thereby representing the knowledge and literal wisdom of Athena.

Do owls hoot to ward off evil?

No, they don’t hoot to ward off evil. Owls hoot to communicate with other owls.

Those who know owls know that they are mystery-shrouded creatures. Be aware of any spiritual clues that these magical creatures are sending to you if you are seeing an owl repeatedly or if you have a peculiar encounter with one.

However, owls are no cause for fear of death, witchcraft, or bad omen and you should always try to confirm the authenticity of owl myths before acting on them.

Contrary to the ancient times where information about these species was not readily available, organizations like the Owl Research Institute and the Internation Owl Center now help in disproving these myths, while federal laws like the Migratory Bird Protection Act, ban the hunting, shooting, poisoning or trapping of owls.

Some governments also encourage the use of owls by farmers as viable options for pest control. This helps in proving that humans and owls coexist peacefully.