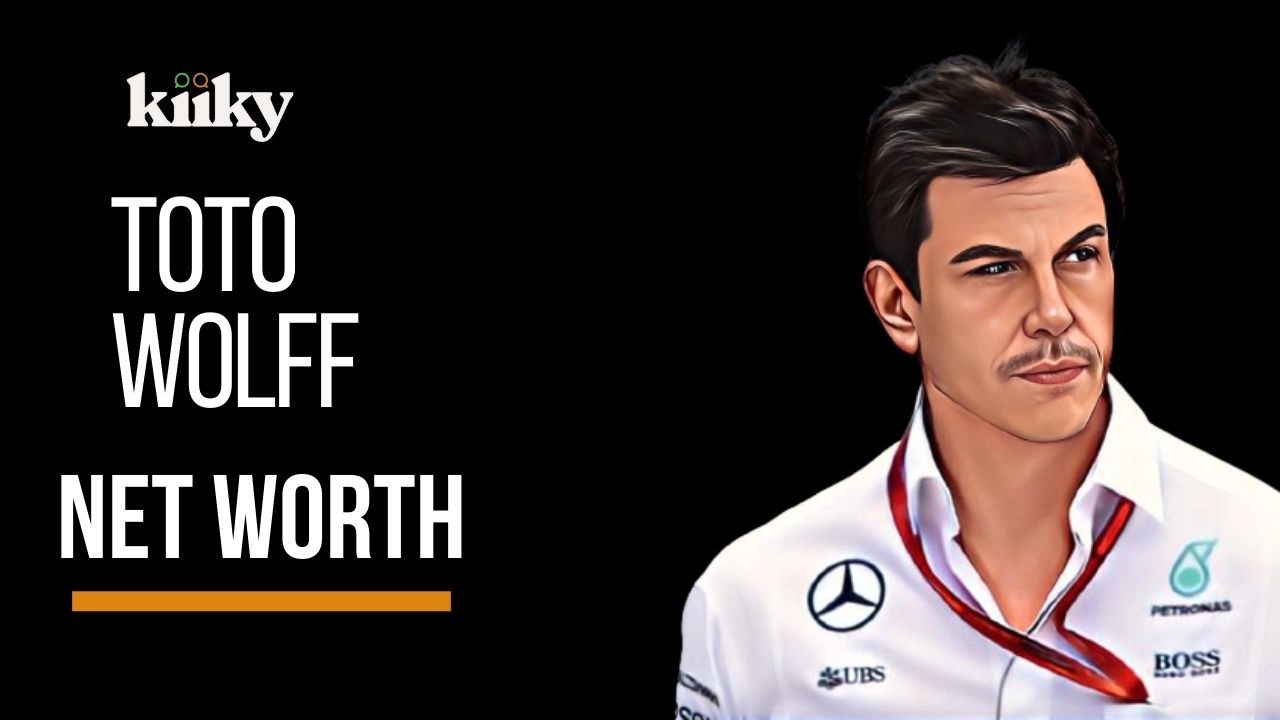 Toto Wolff’s net worth is $540 million (£410 million in the United Kingdom). Toto Wolff owns a 33 percent stake in the Mercedes-AMG F1 Team and serves as Team Principal and CEO.

Toto Wolff is one of the world’s highest-paid sports executives, with annual earnings in the millions of dollars.

He first joined the Williams F1 team in 2009 after becoming a member of the team’s board of directors.

Wolff was born in 1972 in Austria and had a difficult childhood, losing his father to brain cancer during his school years.

After a brief stint in motorsport, in which he won the 24 Hours of Nürburgring in 1994, Wolff moved on to Formula One, where he became executive director of Williams F1 in 2012.

During his tenure, he oversaw Williams’ last Formula One victory, with Pastor Maldonado winning the Spanish Grand Prix.

Wolff joined Mercedes in 2014, where he is still CEO and Team Principal, as well as owning a 33% stake in Mercedes F1. Mercedes has dominated the sport during his tenure, winning eight consecutive Constructors’ Championships since 2014.

The 47-year-old makes his money in a variety of ways, including as the CEO and Principal of Mercedes-Benz, as well as through several other investments.

One of these is a sports management company that Wolff co-owns with Mika Hakkinen and was involved in the management of Valtteri Bottas, who went on to race for Mercedes in Formula One under Wolff.

Wolff was a racing driver himself, but he was unable to make it to Formula One. Wolff made his racing debut at the age of 20 in the Austrian Formula Ford Championship. His racing career lasted until 2009 when he competed in a number of GT competitions.

In 2009, he purchased shares in the Williams F1 team. He was promoted to executive director of the team three years later. A year later, in 2013, Wolff purchased a 30% stake in Mercedes AMG Petronas and was appointed executive team director.

Wolff was a shareholder in both Williams and Mercedes AMG Petronas until 2016. Following that, he decided to sell his shares in Williams F1.

Mercedes has advanced to a new level under Wolff’s leadership. The team has won eight consecutive championships.

Wolff was born in Vienna, Austria on January 12, 1972. He was born to a Romanian mother and a Polish father. However, when his father was diagnosed with brain cancer, he was only eight years old. Wolff’s parents divorced following the diagnosis, and his father died when Wolff was in his early teens.

Wolff is married to Susie Wolff, and the couple married in 2011. Susie has raced in the past and was a test driver for Williams F1 in 2015. Susie is the team principal of Venturi Racing in Formula E at the moment.

Wolff and Susie have a son together named Jack Wolff, who was born in 2017. Wolff is also said to have two children from his previous marriage.

Toto Wolff is the owner of three luxury yachts and two mega yachts. Each of these yachts is worth between $15 and $20 million.

The best of Toto Wolff’s awards and achievements are-

The team principal of Mercedes AMG Petronas Racing is estimated to have a net worth of $540 million. He has been with the team for over 8 years, which has significantly increased his net worth.

Furthermore, according to reports, his salary with the team is around $8 million. His racing career, as well as investments in Williams and Mercedes, have contributed to his massive net worth.

Toto Wolff earns a salary of $35 million per year.

Toto Wolff is a well-known entrepreneur who has invested in a number of technology companies. Toto Wolff also owns one-third of the Mercedes F1 Team.

Toto Wolff began his career as a race car driver and rose to become one of the world’s highest-paid executives.

Toto Wolff is paid $26 million by the Mercedes F1 Team.

Toto Wolff has a net worth of $540 million USD.

Toto Wolff invested $50 Million into the Mercedes F1 Team for a 33% Stake.